Founded in 1928, the original intent of the National Conference of Christians and Jews (NCCJ) was to promote positive relations among Protestants, Catholics, and Jews. Over the ensuing decades, the group had to figure out whether its stated focus on “the brotherhood of mankind under the fatherhood of God” also encompassed racial unity. Dissent and confusion within the organization led to a lack of clarity in the public eye as to its mission.

On 15 September 1956, Richmond Times-Dispatch editor Virginius Dabney (1901-1995) forwarded to longtime NCCJ Virginia Region Director Peter Mellette (1920-1993) this draft of a letter to NCCJ President Everett Clinchy. In it, Dabney pointed out the ambiguous implications of the word “brotherhood,” and cautioned Clinchy that the organization’s endorsement of racially-focused literature “can not fail to embarrass those of us in the South who are trying to work with you.” 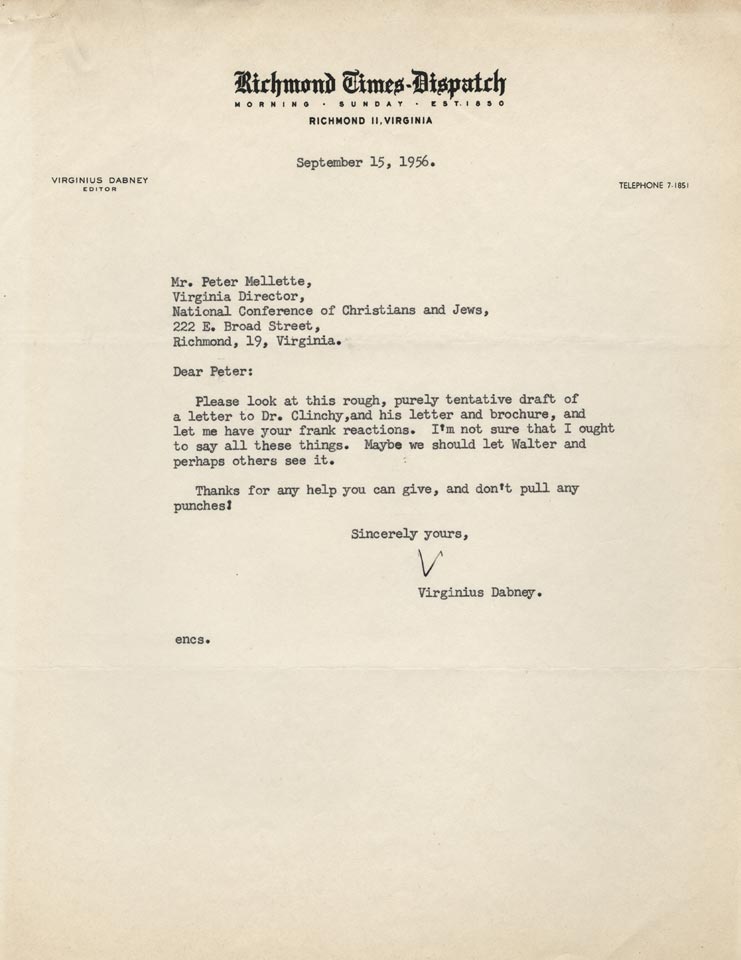 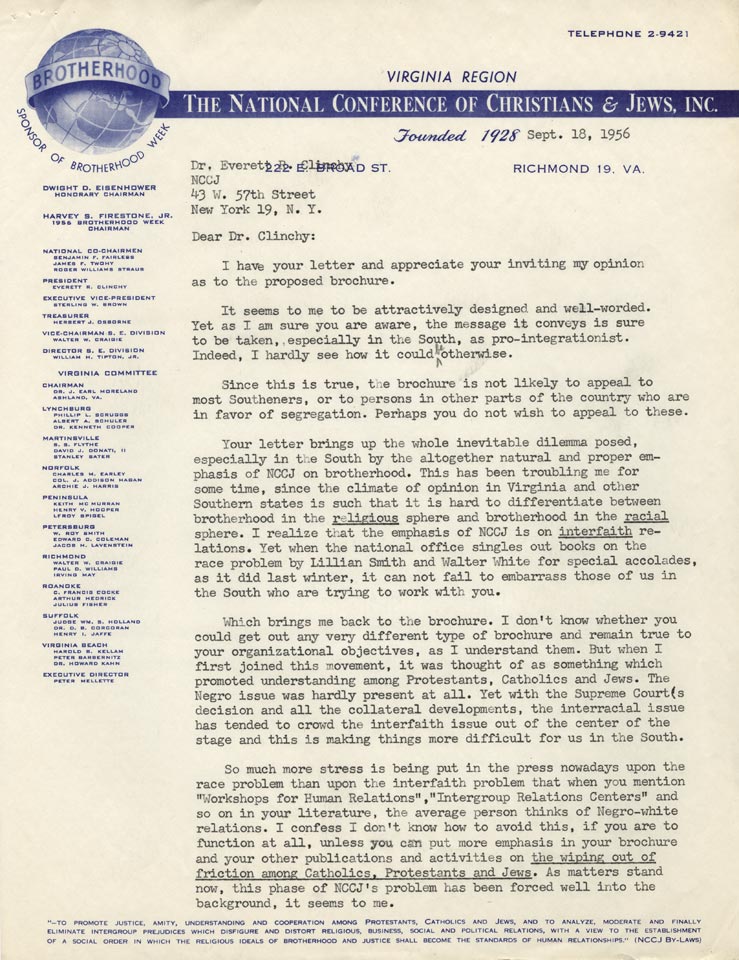 Dabney was labeled a Southern liberal early in his career, partly because of his progressive views on race issues. By the mid-1950s, his interest in equality for African Americans was intact, but he favored a gradual approach. Interestingly, even as he advised the NCCJ to reconsider its message, Dabney himself was about to be limited in the full expression of his own views.

In 1956, Virginia embarked on the path of “Massive Resistance,” the state’s notorious attempt to thwart school desegregation. Although Dabney opposed the policy, he was prevented by the management of the Times-Dispatch from speaking out in full force against it.

Dabney’s letter is filed among the general correspondence of the Peter Mellette Papers (Acc. 35459), which consist almost entirely of materials related to Mellette’s work with the NCCJ. The collection is open for research.

You can read Dabney’s own reflections on the Massive Resistance era in a 1975 oral history available on the University of North Carolina’s Documenting the American South website: http://docsouth.unc.edu/sohp/A-0311-2/menu.html .