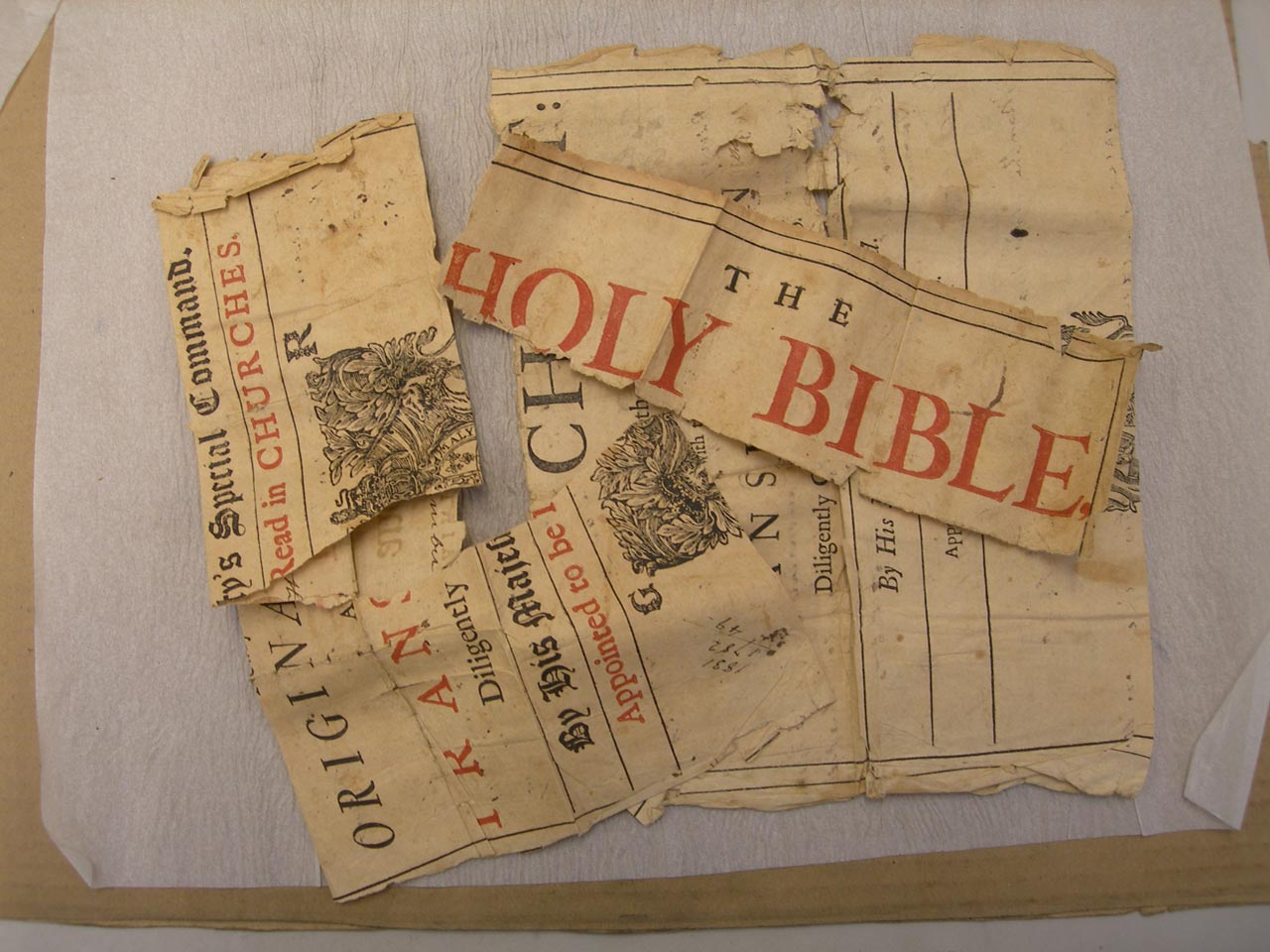 Ripped From the Family Bible

When I found an unopened envelope labeled “Exhibit A” among the papers of a Rockingham County Chancery cause, I was curious to see what could be inside. Curiosity quickly turned to excitement when I opened the envelope to find a genealogical gem.

These tattered pages of a family Bible were used as an exhibit in Dorman L. Smith, etc. v. S. K. Wine, etc., 1903. It was a complicated land inheritance case made more difficult by the destruction of court records during the Civil War and three generations of Smith family land dealings.

Interestingly, the answer and depositions record an attempt by some war-weary residents of Rockingham County to settle in Bartow County, Georgia, around 1863. In 1901, Caroline Smith, of Lytle, Georgia, gave a deposition detailing the Smith family genealogy. She read from these pages during the deposition and later either gave or loaned them to the court to be used as an exhibit.

These pieces of the Smith family Bible have since remained as part of the court record. The Bible is dated 1722 and was printed in Edinburgh, Scotland, by James Watson, “Printer to the King’s Most Excellent Majesty.” The earliest entry records the birth of Abraham Smith on 29 December 1792. 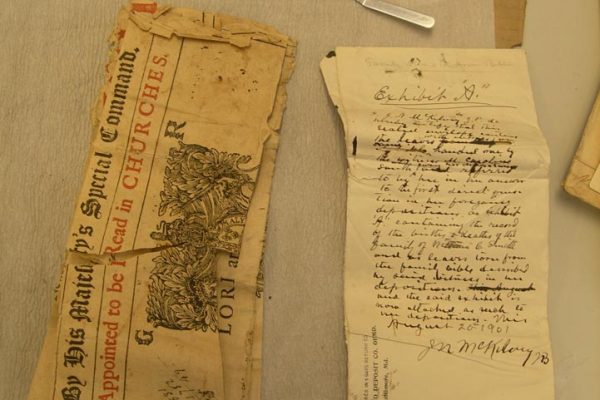 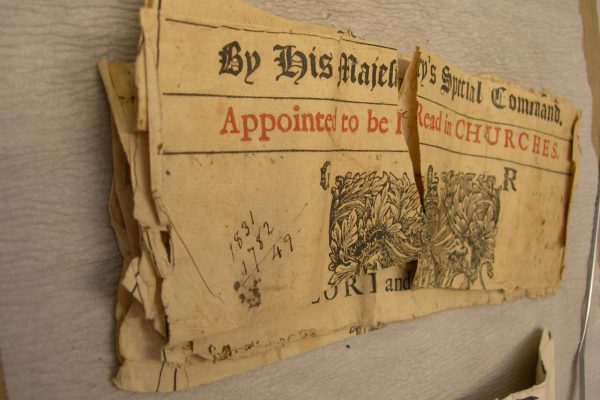 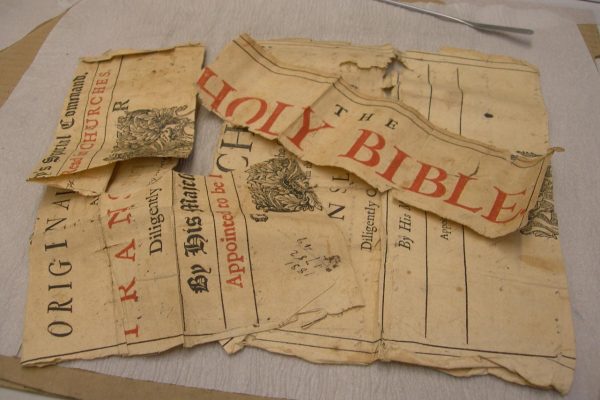 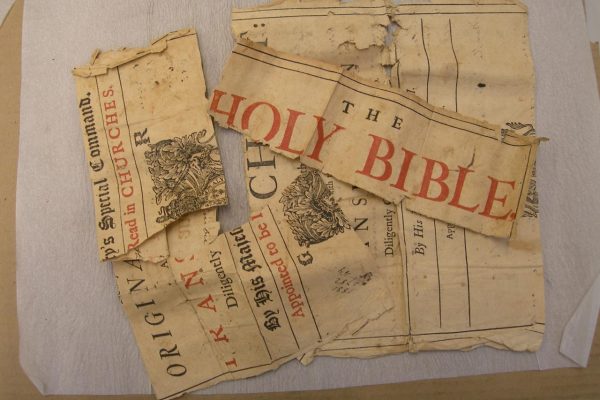 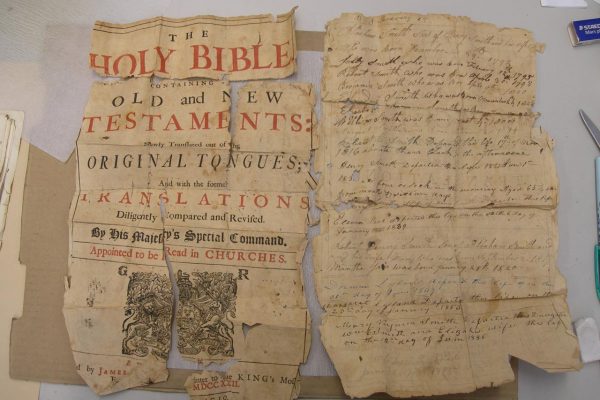 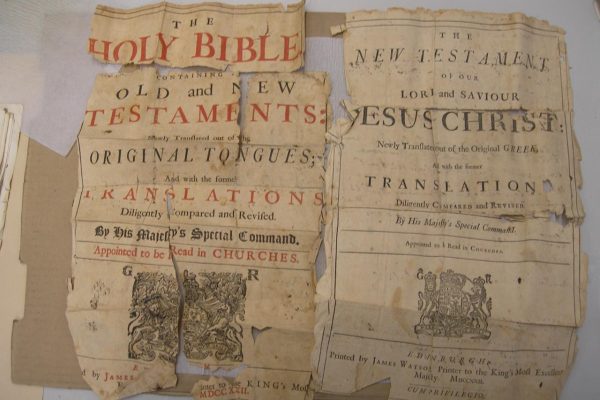 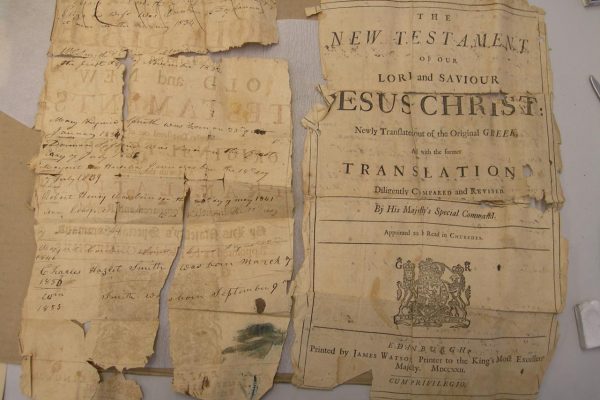 The Rockingham County Chancery collection is housed in more than 530 Hollinger boxes and 14 oversize boxes. It spans the years 1783-1913. It is currently closed for processing in order to bring the collection up to current standards so that it can be digitized. These pages from the Smith family Bible will be professionally conserved by the LVA’s in-house conservation lab.

To read more about chancery court records and efforts to preserve and digitize them click here.