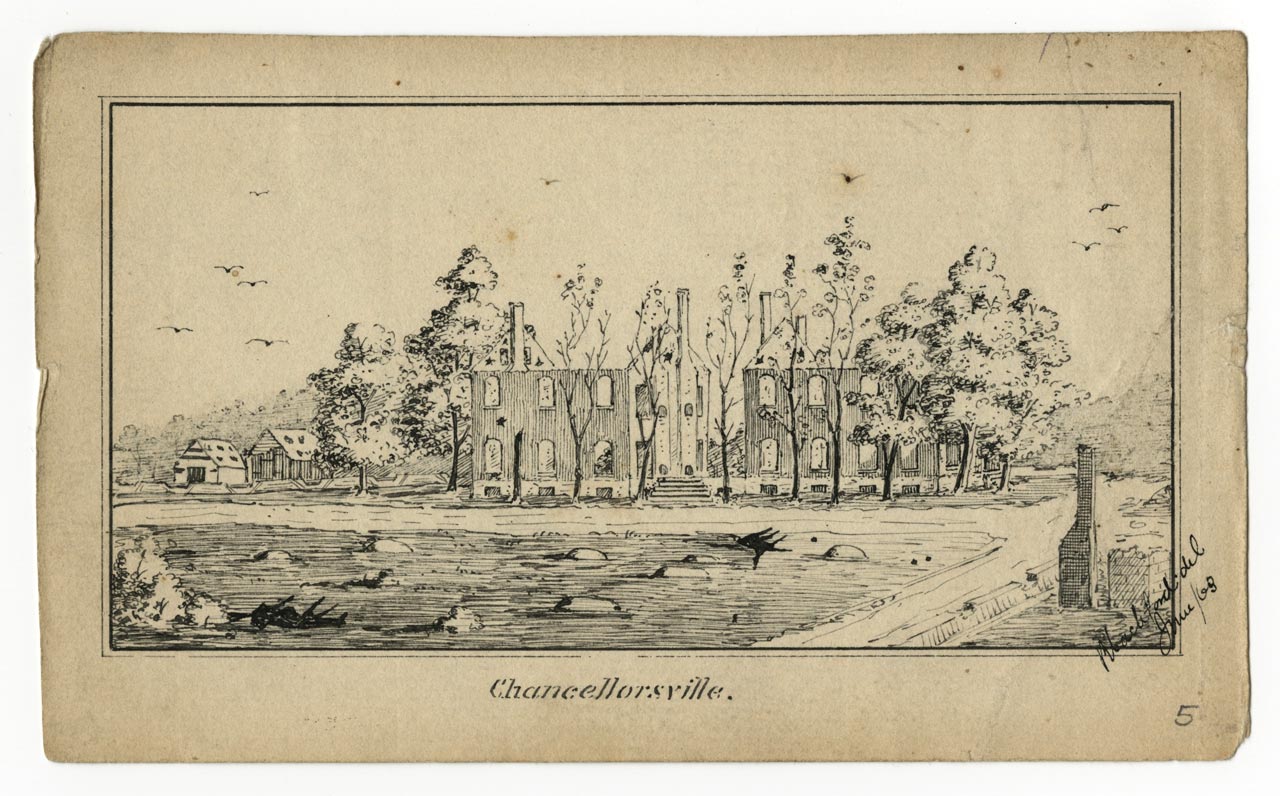 A surveyor’s view of wartime Virginia

Editor’s Note: Hopefully the captured notebook, referenced in the first paragraph of this article, survived its stay at the Herald and has now found a home in an archive.  The author’s search of WorldCat and other resources did not produce any leads.

In May 1863, a team of Confederate topographical engineers surveying and mapping Louisa County were surprised by Union cavalry.  All but one of the team were captured.  B. Lewis Blackford managed to escape, despite losing everything except his horse.  “Among his losses,” his brother Charles Minor Blackford later stated, “was his note book, in which he kept copies of poems and other clever things he had written to various girls, all of which were published in full subsequently in the New York Herald, to whom they were furnished by their captor.  His note book was very handsomely illustrated also, as he was a good sketcher and drew exquisite caricatures.”

Seemingly undaunted by the loss of his notebook, Blackford in June 1863 began a new sketchbook, which eventually found its way into the Personal Papers Collection at the Library of Virginia (Accession 22177c).  The small (4”x 6 ½”) book contains 20 pencil and ink sketches.  Some are outlines and rough sketches of people and landscapes, while others are more polished. The finished sketches of members of Blackford’s company catch their personalities.  Blackford also captured the poignancy of war in his sketches titled “Fredericksburg” and “Chancellorsville.”  The first simply depicts a skull and bone and the second the ruins at the tiny crossroads. 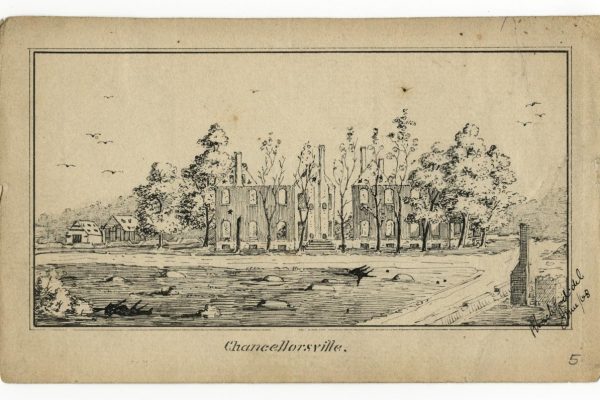 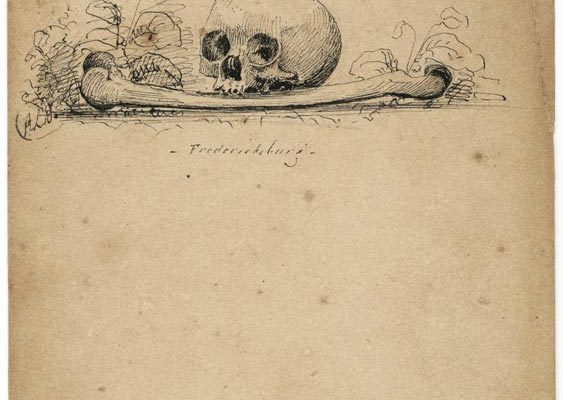 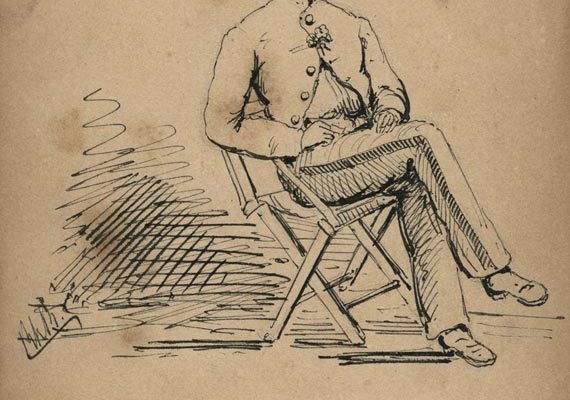 Sketch of a Confederate soldier I 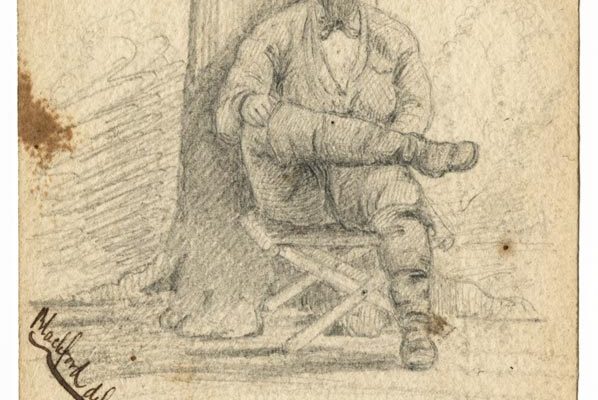 Sketch of a Confederate soldier II

Benjamin Lewis Blackford was born 5 August 1835 in Fredericksburg, to William Mathews Blackford (1801-1864) and Mary Berkeley Minor Blackford (1802-1896), an anti-slavery activist.  When Lewis, as the family called him, was about ten years old, the family moved to Lynchburg.  By age 19, he was surveying for the railroads and studying at the University of Virginia.  When the Civil War began, Blackford and his four brothers joined the Confederate Army, despite their mother’s strong pro-Union sympathies.  Lewis enlisted in Company G, 11th Virginia Infantry in April 1861, but left in May to join the Engineering Corps, spending the war surveying and producing maps in Virginia and North Carolina.  Lewis had a reputation within his family of being a little too easygoing.  Although two serious wartime romances ended badly for him, neither seemed to keep him down for long.

After the war, Blackford took a position with the United States Topographical Engineers and eventually moved to Georgetown in the District of Columbia. Leaving the Engineers, he worked in insurance and real estate.  Blackford married Nannie Blaine Steinberger and they had four daughters.  After 1900, he moved to King William County.  He died in Staunton on 25 September 1908 and was buried in the Blackford family plot in Spring Hill Cemetery in Lynchburg.