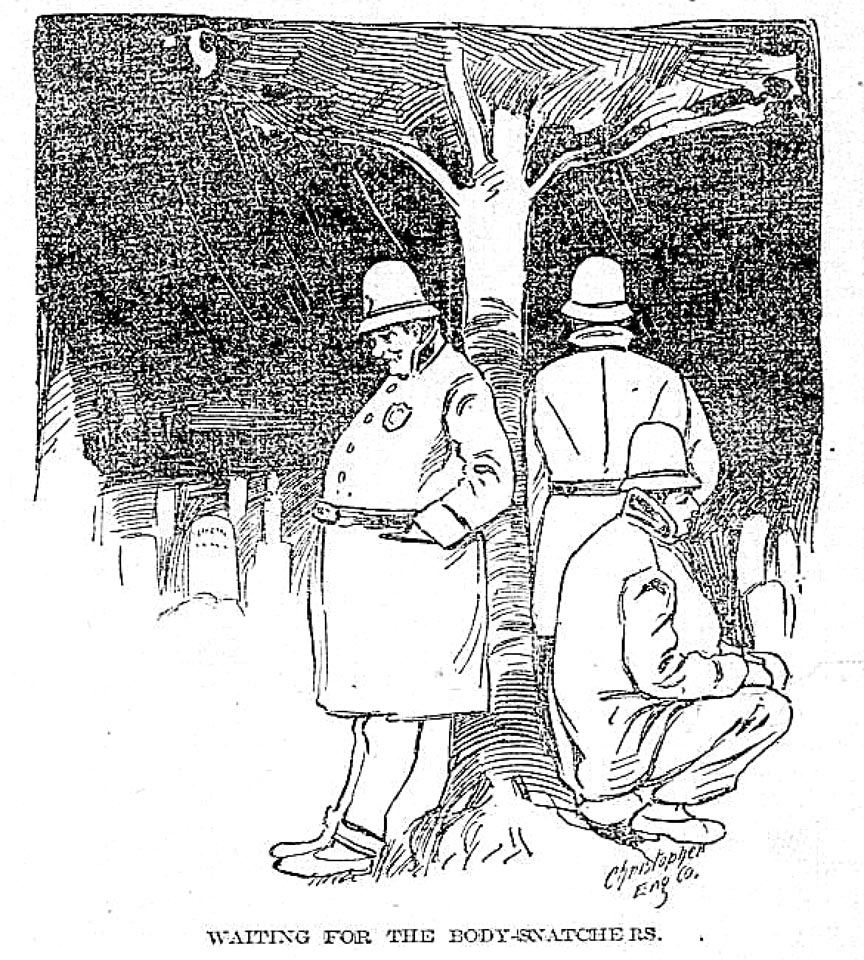 Anatomical dissection is a matter of course for today’s medical student. Those who selflessly donate their bodies to science are treated with utmost respect for the critical service that they provide to burgeoning doctors and surgeons. Medical schools in the 19th century had a more difficult time with this aspect of education and often had to turn to “anatomical men” or “resurrectionists” to procure cadavers for study by their students. Virginia schools had no legal means of acquiring bodies until 1884 when legislation established the state anatomical board and made the bodies of prisoners and the indigent available for study. An August article in Style Weekly piqued the interest of some Library of Virginia (LVA) archivists, which turned up some interesting archival records about Richmond’s own “anatomical man,” Chris Baker.

Virginia Commonwealth University (VCU) professor Shawn Utsey has endeavored to uncover the thus-far unknown history of Baker’s work for the Medical College of Virginia (MCV). In that effort, he has combed the archives of MCV and the LVA as well as other sources. So far revealed is that from sometime after the Civil War until just after World War I, Baker worked as a janitor in MCV’s Egyptian Building. However, his duties went far beyond the tidying of the dissection room. With the tacit approval of the college, Baker and his cohorts (often including young medical students) trolled African American cemeteries, the Alms House, and other locales of the poor and anonymous to procure the newly deceased for study. For this service, MCV paid Baker up to $10 per body, depending on condition. 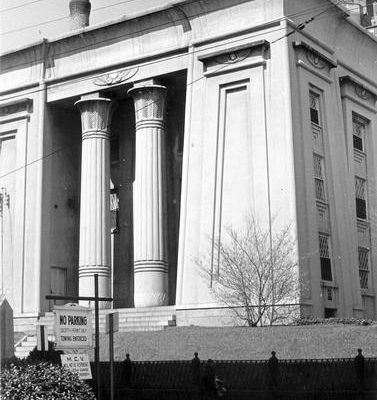 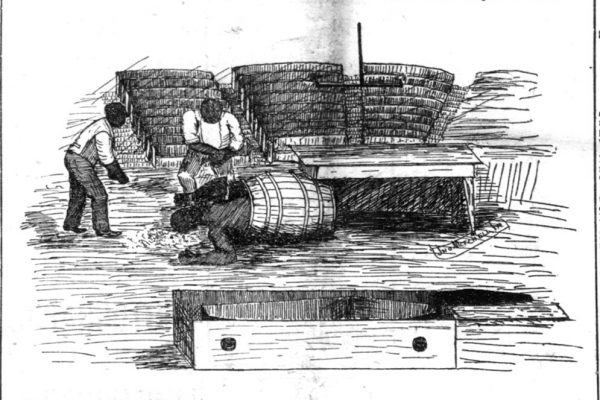 In December of both 1882 and 1883, Baker and others were arrested for disinterring corpses. The Richmond City Ended Causes, in the Local Government Records collection at the Library of Virginia, contain the indictments from 1882 for offenses at Oakwood and Sycamore cemeteries. Illustrating the unspoken approval of officials, Baker and his companions were convicted in Richmond court on 20 December 1882 and pardoned by Governor William Cameron the next day, a speedy exoneration indeed. In addition to the local court records and state pardon papers, numerous newspaper articles on Baker and body-snatching can be found in the Richmond newspapers of the period. Several relevant titles are part of the Library’s Virginia Chronicle database, which can be searched by keyword or phrase.

It is unclear whether Baker was a freedman or a slave owned by MCV. Some records indicate that his parents also worked at the college, but again it is unclear whether they were enslaved or free. In a strikingly similar case described in Bones in the Basement: Postmortem Racism in Nineteenth-Century Medical Training (1998), the Medical College of Georgia purchased a slave named Grandison Harris to procure their bodies for dissection. Like Baker, Harris was somewhat respected by the white population, especially the medical community, but reviled by African Americans. In Richmond, the latter group looked upon Baker as a ghoul for his nocturnal activities. So much an outcast, Baker considered himself a prisoner of the Egyptian Building, fearing reprisal if he ventured too far beyond its environs.

Dr. Utsey’s efforts to uncover Chris Baker’s story will culminate in a documentary film in the near future. In addition to discovering revealing records in the archives, Utsey has interviewed several Richmond residents who recall being told cautionary tales about “Old Chris” and what would happen if he caught you out after dark. 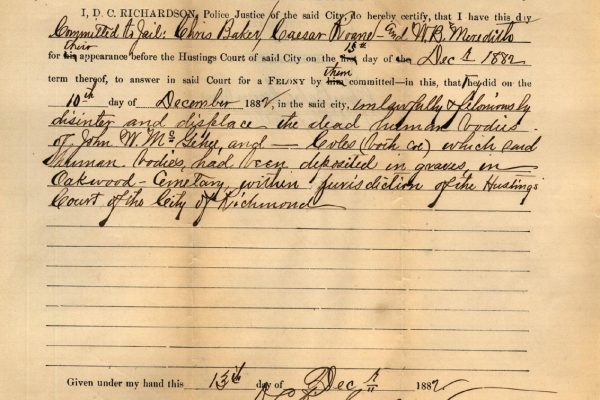 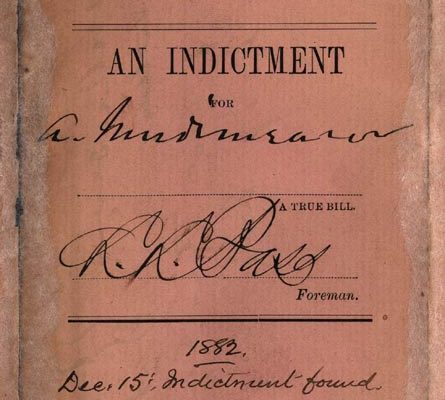 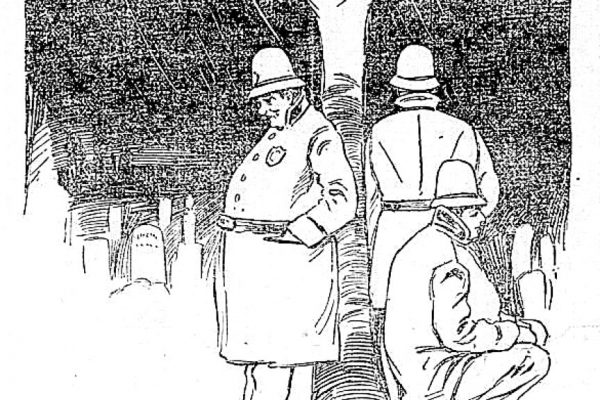 The General Assembly enacted legislation in 1884 creating the state anatomical board and empowering it to procure bodies for dissection from the penitentiary, county jails and alms houses, and other public institutions holding corpses to be buried at government expense. Despite this new legal source of cadavers, Chris Baker was again thrust into the spotlight when MCV took possession of the body of executed prisoner Solomon Marable. The 1 August 1896 issue of The Richmond Planet recounts the efforts of a group of angry citizens, including publisher John Mitchell Jr., to reclaim the body, which had been transported to the college and packed in a barrel of salt for preservation. Included in the article are sketches made by Mitchell of the scenes that the group encountered that night.

Chris Baker’s clandestine labors, considered ghastly by our modern-day sensibilities, provided a valuable service to the medical profession. A formidable character, Baker was said to have ruled the dissection room and possessed considerable knowledge of human anatomy. One professor even referred to MCV in a 1898 newspaper article as “Chris Baker’s College.” Though his macabre errands required him to creep through the inky, gas-lit night of 19th century Richmond, shovel and bag in hand, the archival collections of the capital city have shed new light on Richmond’s “resurrectionist.”