What’s In A Name?

Editor’s note: Archivists at The Library of Virginia often find people from the past in the collection who are so appropriately named that they seem to be lifted from a Dickens novel. Can Joe Evidence be trusted? Should you marry a man named Singleton Livingood?

On 22 December 1892, Edmonia DeHaven, 18, and Singleton Livingood, 34, a saloon keeper, were married in Winchester by the Reverend William Harper. Seventeen months later, a woman arrived from Ohio claiming to be Singleton’s “lawful wife.”  Soon after this revelation, R. E. Byrd, prosecuting attorney for Frederick County, issued an arrest warrant on the charge of bigamy, but was unable to serve the warrant.

Singleton, either learning of his impending arrest or ready for a change of scenery, slipped town deserting both women. A man with a name like Singleton Livingood was probably meant to stay a bachelor.

After waiting for roughly five years, Edmonia sued for and received a divorce. The case of Edmonia Livingood v. Singleton Livingood, 1899, is part of the Frederick County Chancery Court Collection. An early accession of Frederick County chancery causes, 1745-1926, was processed in the 1990s and is available on microfilm.  Additional Frederick County chancery causes, 1866-1923, accession 42505, were transferred to the LVA and are presently being processed.  This portion, which includes the Singleton Livingood case, will be digitally reformatted as the budget permits. 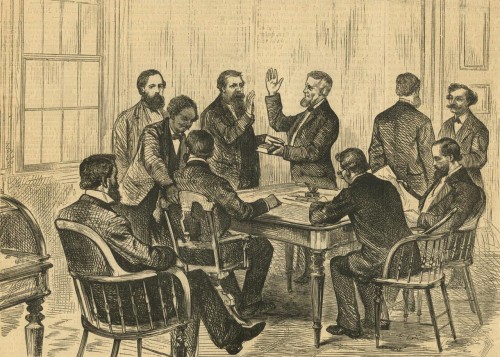 While processing Petersburg City Chancery Causes, I came across a deposition in the divorce case of Richard Green vs. Henrietta Green, 1887. The witness was Joseph (Joe) Evidence.  I have processed chancery causes for ten years and this is the first time I came across a case with such a last name.

Joseph Evidence and his wife, Ellen, appear only in the 1900 Census – two of three people in the country, all in Petersburg, with that surname.  He is listed as black, a head of household, aged 40 years, a factory hand, and married to Ellen Evidence, 30. One Mandy Evidence, possibly his daughter, is listed in the 1920 census.  The 1930 census lists no one with that surname in the United States. The text of the deposition shows that Joe Evidence lived up to his name and also testified in a previous court case. 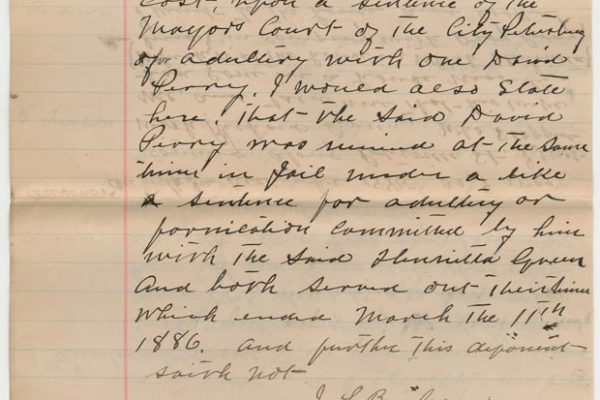 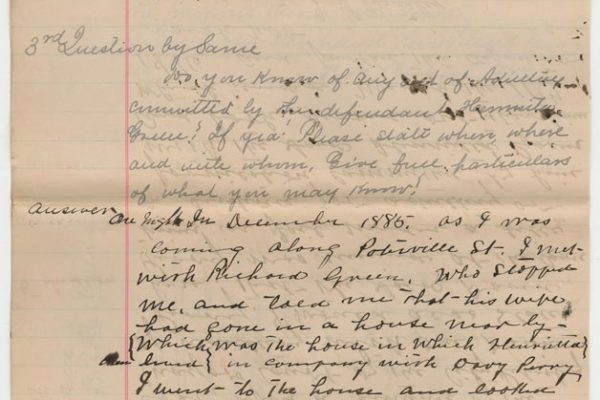 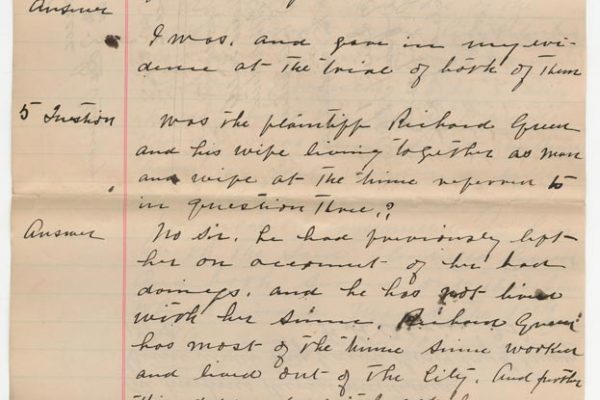 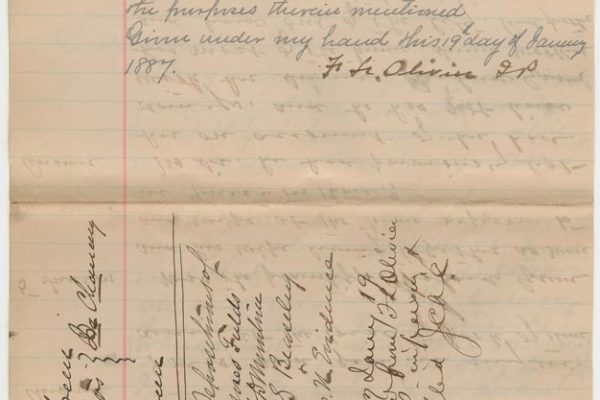