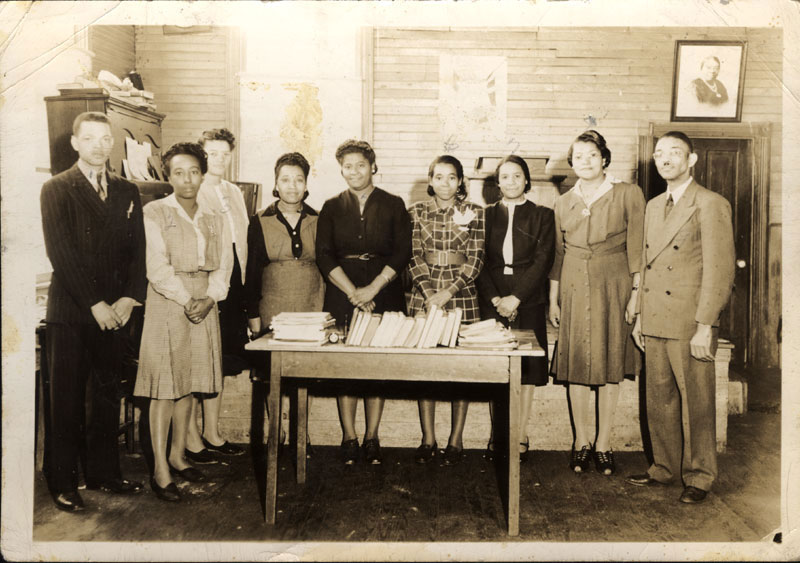 Ensuring quality education for all

Editors Note:  This post is a modified version of an article that originally appeared in the former “Virginiana” section of Virginia Memory.

The Watkins Family Papers (Accession 42063) include certificates, newspaper clippings, photographs, postcards, programs, and yearbooks documenting a prominent African American family in New Kent County, Virginia. While much of the collection consists of Jones and Watkins family photographs from Richmond and New Kent County, the collection is also significant for its connection to the struggle for school desegregation in Virginia. 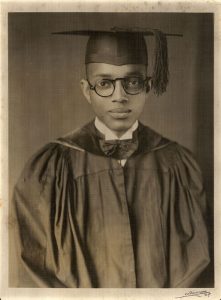 Dr. George Washington Watkins (1898-1972) was born in Pickens County, South Carolina, the son of James and Lattie Watkins. He received a Bachelor of Arts degree (and later an Honorary Doctorate of Divinity) from Virginia Union University, and a Master of Arts degree from Hampton Institute.

Watkins is perhaps best known for his work in education, chiefly as principal of the New Kent Training School (renamed the George W. Watkins School in 1950).

This school played an important role in the education of African Americans in the area and was at the center of one of the most significant school integration rulings to follow Brown v. Board of Education (1954).  He was also a pastor, heading congregations at Second Liberty Baptist Church of Quinton, and Elam Baptist Church of Ruthville.

In 1930, there were 15 elementary schools in New Kent County, Virginia. Although some money had been raised to build a high school for African American students, plans to build were delayed because of disagreements over the location of the building and difficulties the school board had with trying to secure all of the funds for it. In 1931, however, through the authority of the school board, George W. Watkins started teaching high school subjects in a small building in New Kent County.

By the next school year, the student population had expanded and moved to a two-room school at Cumberland Elementary. In 1933 the New Kent Patrons League, an organization of black citizens, donated $100 to the school board to defray the cost of moving an old abandoned four-room school building to a site donated by Noah D. Brown. A high school education for black students was now available, and in 1935 the first class of six students graduated from the New Kent Training School.

Throughout the mid-twentieth century, New Kent County blacks and whites attended separate schools; the all-black New Kent Training School/George W. Watkins School, and the all-white New Kent School. Even after the Brown v. Board of Education ruling, Virginia continued to resist efforts to integrate their schools. Brown had established that segregated schools were inherently unequal, but it had not given specific instructions or set a firm timeline for the system to be dismantled. 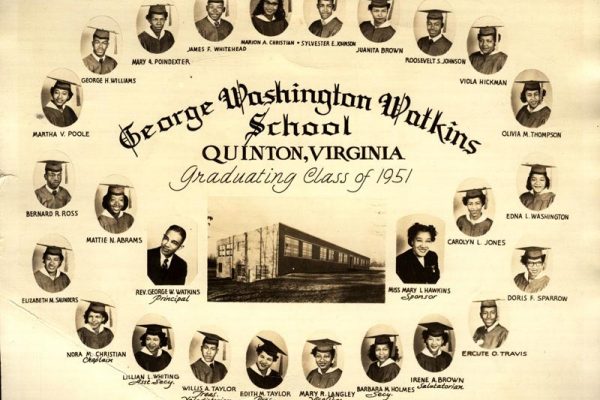 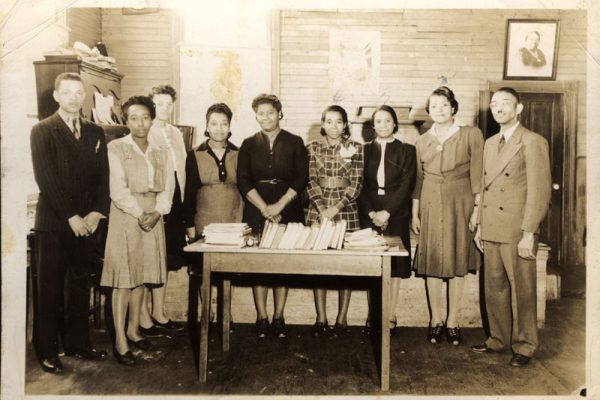 In 1956, Calvin C. Green and his wife moved to New Kent County from nearby Middlesex County, Virginia. Dr. Green was active in the local branch of the NAACP and attended Second Liberty Baptist Church of Quinton, where Dr. Watkins ministered and frequently encouraged his congregation to take leadership roles in the community. Green pressured the local school board to comply with the Brown decision and integrate the schools. He worked with attorneys from the state NAACP and in 1965 sued the New Kent School Board to force the county to integrate the schools.

Charles C. Green v. County School Board of New Kent County, Virginia, was filed in the U.S. District Court for the Eastern District of Virginia in March 1965. The suit lost in the lower courts but in October 1967, the NAACP brought the case to the U.S. Supreme Court. The attorneys argued that the county maintained a biracial school system with its ”freedom of choice” policy, which required students to petition for transfer to another school and resulted in mere token integration. No whites enrolled in the all-black George W. Watkins School, and only a small percentage of blacks transferred to the formerly all-white New Kent School, even though for many it was much closer geographically. In May 1968, the Supreme Court found that the county had been operating an unconstitutional system of schools and ordered the school board to develop a new plan to integrate.

The Watkins papers are open for research. Click to view the online catalog record and finding aid.