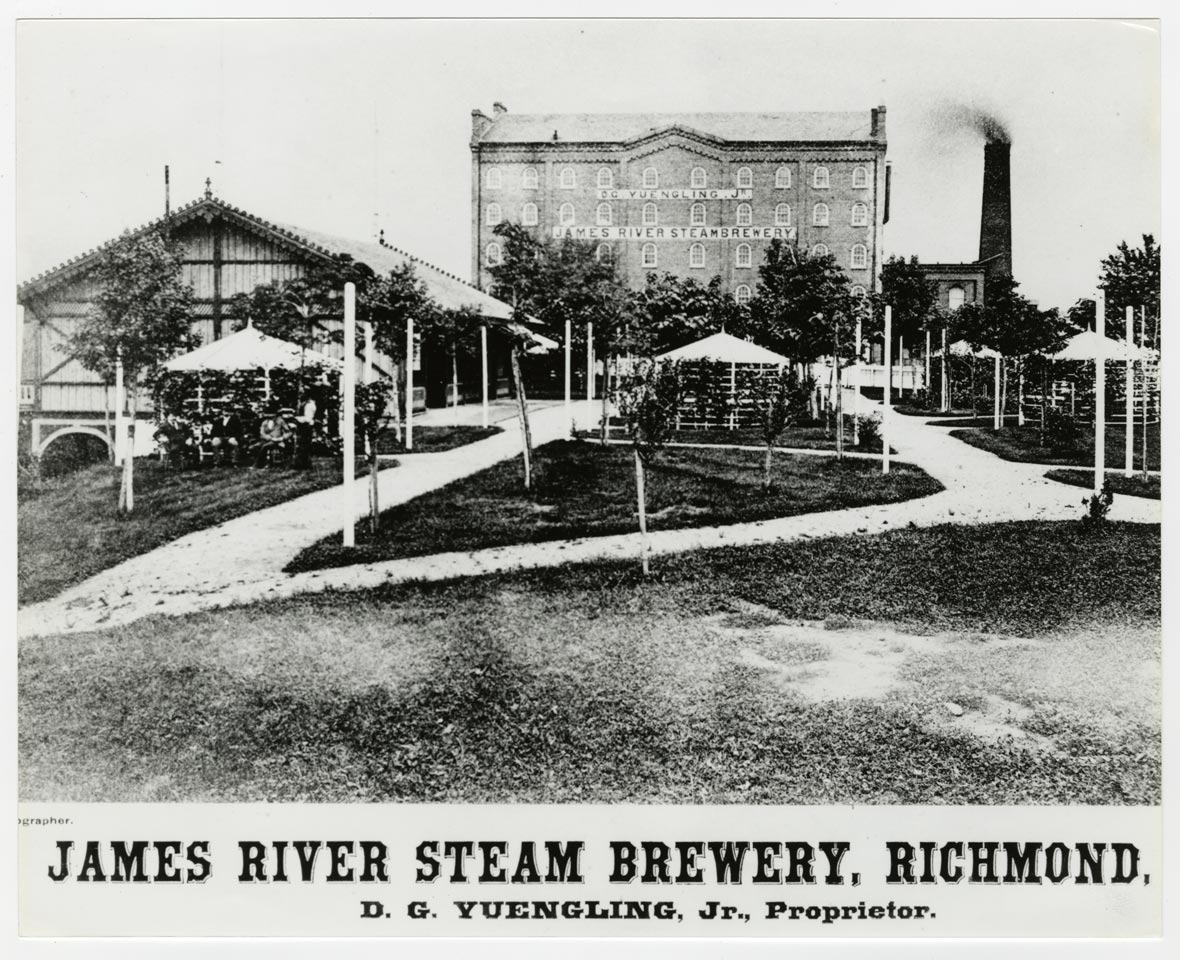 An interesting letter was recently uncovered while processing the Executive Papers of Governor James L. Kemper. The letter, dated 28 September 1874, is written by David G. Yuengling, Jr., of the Champagne Ale Brewery in Harlem, New York. In the letter, Yuengling writes that he is sending the governor some bottles of old stout and discusses the progress of the Chesapeake & Ohio Railroad.

David G. Yuengling, Jr., was the son of a German brewer who immigrated to Pottsville, Pennsylvania, and established the Eagle Brewery in 1829. Yuengling partnered with his son in 1873, changing the name of the brewery to the present name of D. G. Yuengling & Son, famous for its Yuengling Lager.

The James River Steam Brewery. There appears to be a beer garden and hops growing in the foreground.

It was the junior Yuengling who oversaw the construction of a new brewery in Richmond in 1866. Located at 912 East Main Street, the brewery became known as the James River Steam Brewery and was later sold to the Richmond Cedar Works in 1878. Yuengling’s letter does not originate from Richmond, but instead from Harlem, on Ryerson & Yuengling, Champagne Ale Brewery stationary. 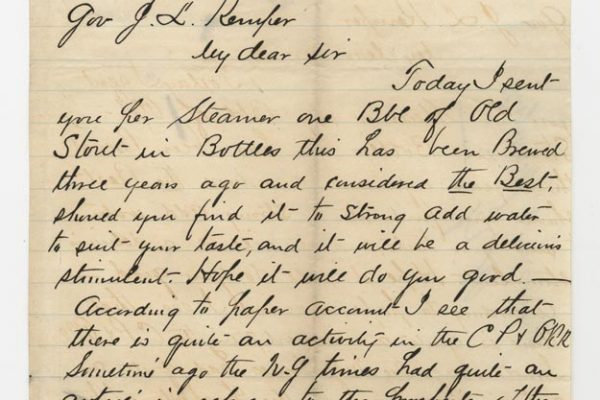 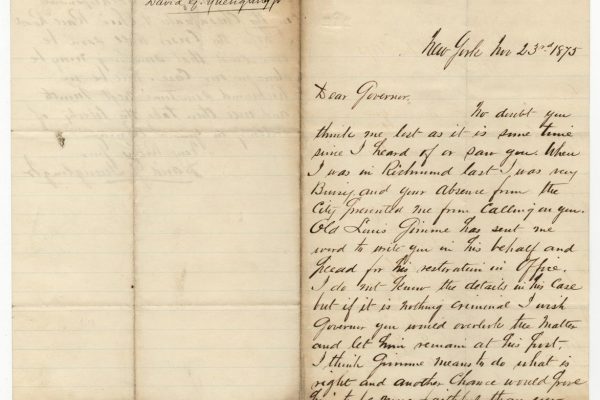 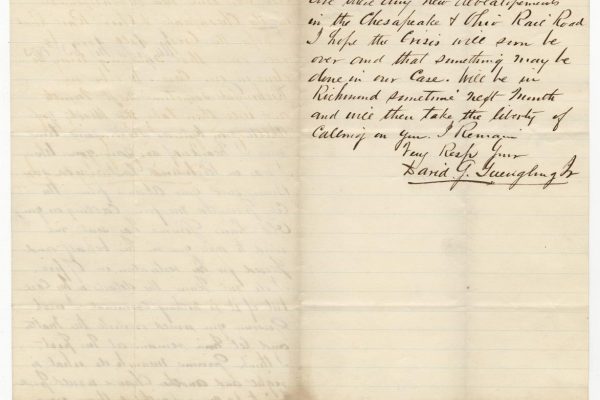 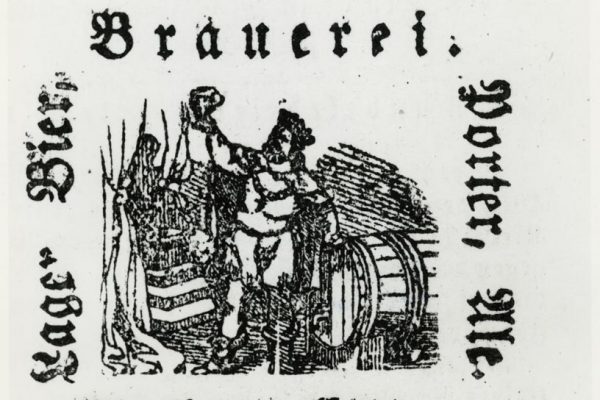 An advertisement for Yuengling

David G. Yuengling, Jr., was sent to Europe to learn brewing techniques and sought to expand his father’s business outside of Pottsville. The move to Richmond was one such venture, as was the establishment of the Champagne Ale Brewery on Fourth Avenue between 128th and 129th Streets in New York City. Yuengling had developed a partnership with W.T. Ryerson in 1871 to build the ale works, along with another lager brewery that manufactured New York Lager in 1875. The ale brewery closed in 1884 to concentrate on Yuengling’s lager production on Tenth Avenue.

Yuengling writes once more on 23 November 1875 on behalf of “Old” Louis Gimme who was removed from office. Gimme served as weighmaster of livestock for Richmond City. Additionally, Yuengling inquires yet again about the Chesapeake & Ohio Railroad.

Governor James Kemper’s Executive Papers, 1874-1877, have been organized, described, and are available for research.