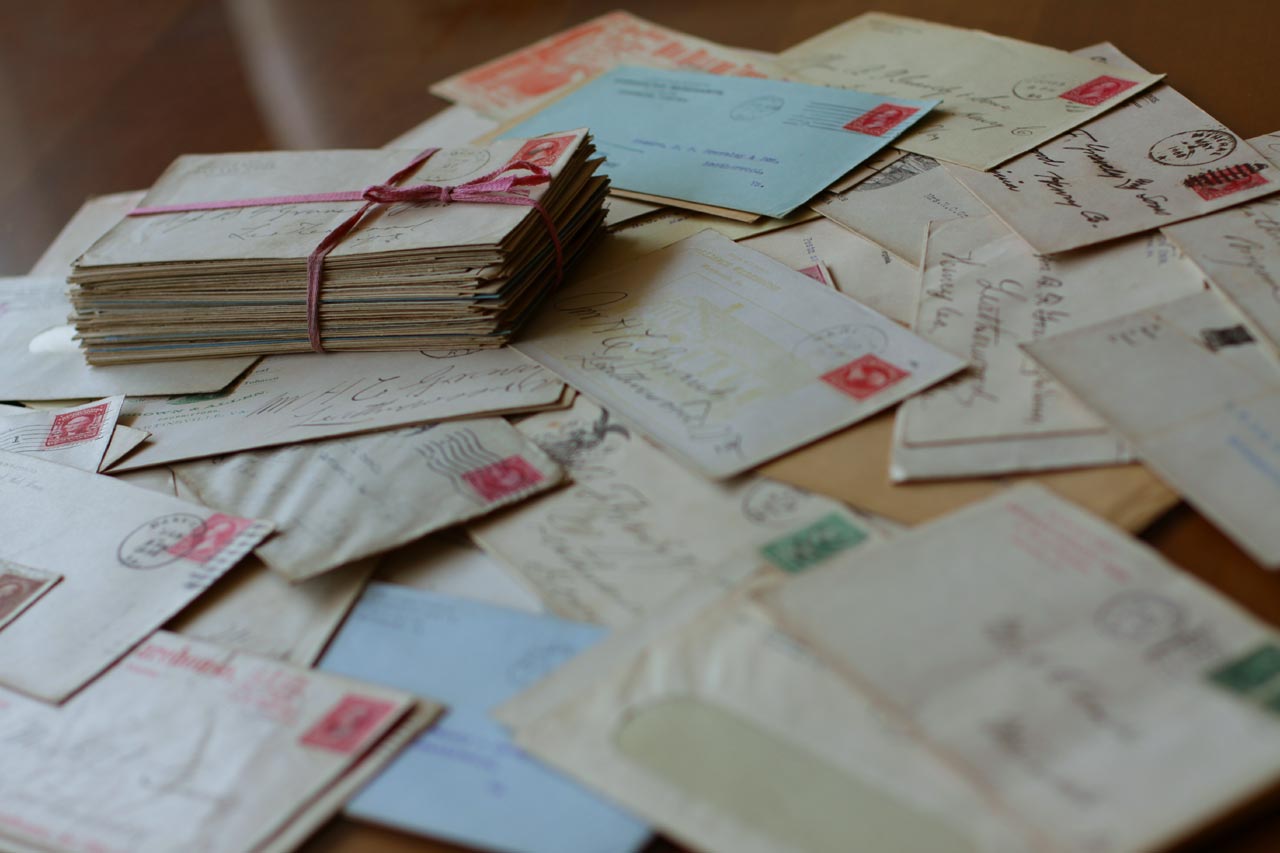 Editor’s Note: Guest contributor Brent Tarter offers the following post, pointing out some interesting finds made by the creators of the Library of Virginia’s Union or Secession exhibition.

During Virginia’s secession crisis in the winter and spring of 1860-1861, men and women across the state wrote to Governor John Letcher to comment on public affairs. They wrote to tell the governor what to do, to ask for help, to offer advice and assistance, or to get something off their chests. While researching in preparation for the Library of Virginia’s exhibition, Union or Secession: Virginians Decide , we spent time looking through the letters received by Governor Letcher. Like the records of every Virginia governor since 1776, the letters are preserved in Record Group 3 of the state’s archives in the Library of Virginia. The Governor’s Office records are an extremely rich source for the beliefs and words of ordinary Virginians.

During 1860 and 1861 the governor received letters from men and women in every part of the state who expressed every possible opinion and political allegiance. “I would like to Know from you what is to prevent me from Voting for Lincoln,” Giles County resident John M. Smith asked Governor Letcher in September 1860. “As he is the man I prefer. the reason of this letter is that there is a great deal of threatning on the part of Slave holders in regard to poor men excerciseng the elective franchise.” It is unlikely that Smith was able to vote for Abraham Lincoln on election day, 6 November 1860. Although 1,929 Virginia men voted for Lincoln (most of them in the northwestern counties and in the upper Potomac River Valley), there is no record of any of those votes being cast in Giles County. 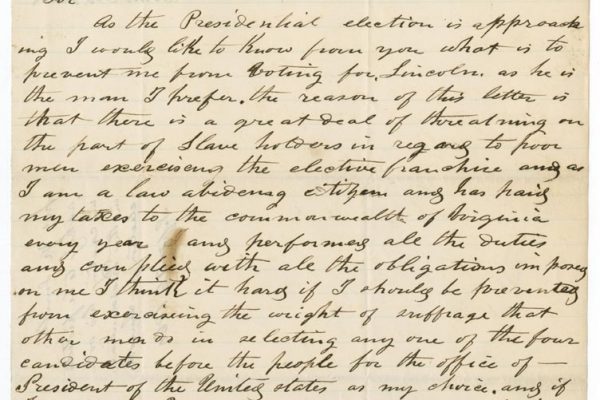 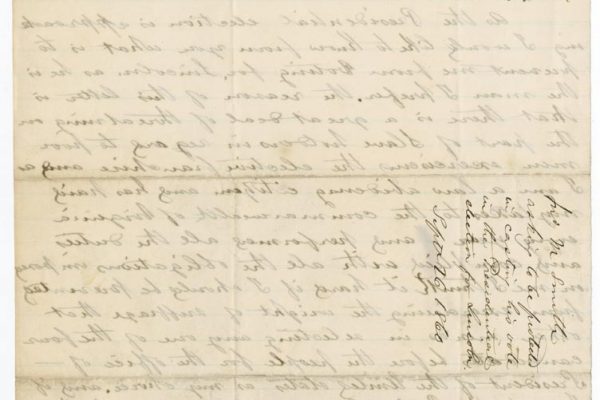 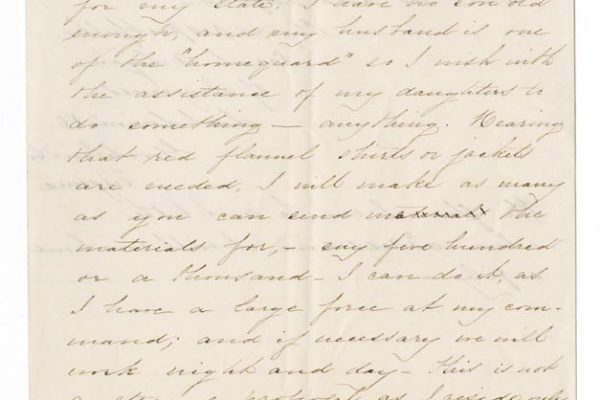 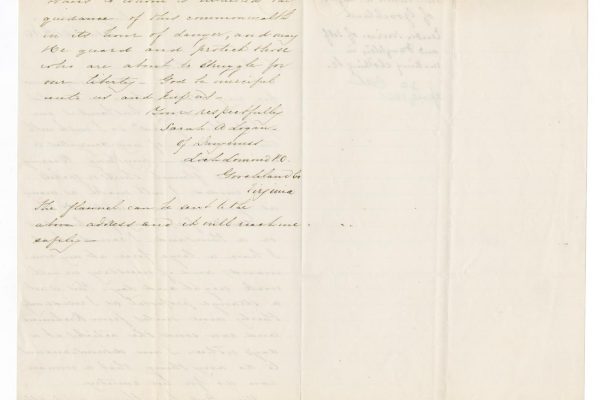 At the beginning of the crisis, most men and women in Virginia opposed secession, and it was not until April 1861 when the people of the state had to decide whether to fight with or against the United States that a majority favored secession.  In April 1861, Sarah A. Logan, of Goochland County, asked the governor to “Accept my services for my State. I have no son old enough, and my husband is one of the ‘homeguard’ so I wish with the assistance of my daughters to do something—anything. Hearing that red flannel shirts or jackets are needed, I will make as many as you can send me the materials for,— say five hundred or a thousand.” Probably referring to the more than fifty enslaved laborers on her family’s plantation, she assured the governor that “I can do it, as I have a large force at my command.”

The words of enslaved Virginians appear in court records that are preserved in the governor’s papers, too. Many enslaved people correctly foresaw that war would offer them new opportunities for freedom. According to testimony in a Mecklenburg County case, a slave named Sam made statements around his neighborhood that “from what I can find out, Old Lincoln is coming down the Mississippi river and will free every thing as he goes, and I think if we be pretty keen we will get our freedom too.” In May 1861, the county court convicted Sam of conspiring to make insurrection and sentenced him to be sold out of state, which the governor later commuted to forced labor on the public works, which likely meant Confederate defensive fortifications. 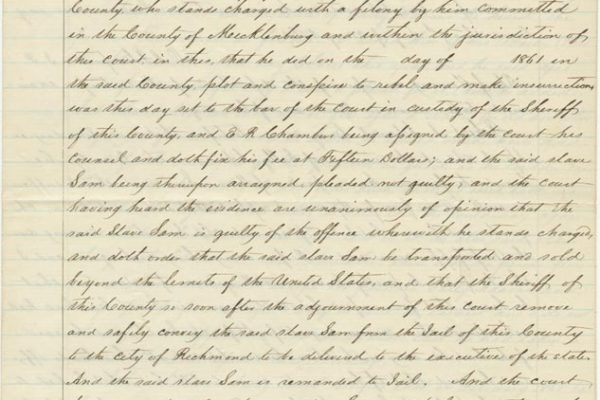 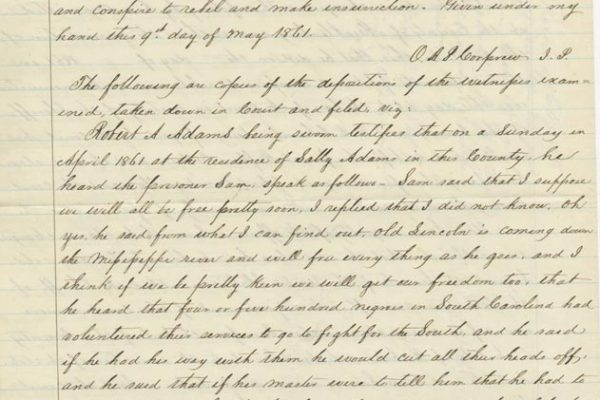 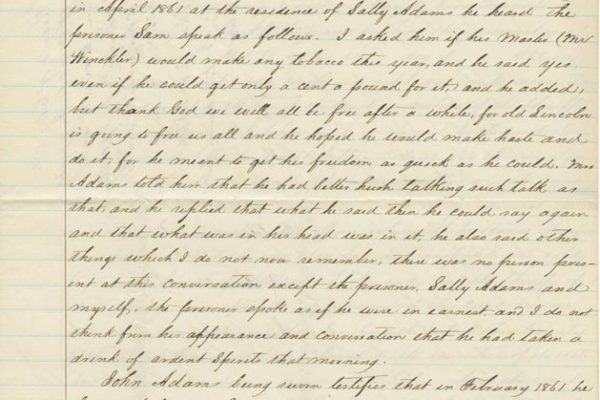 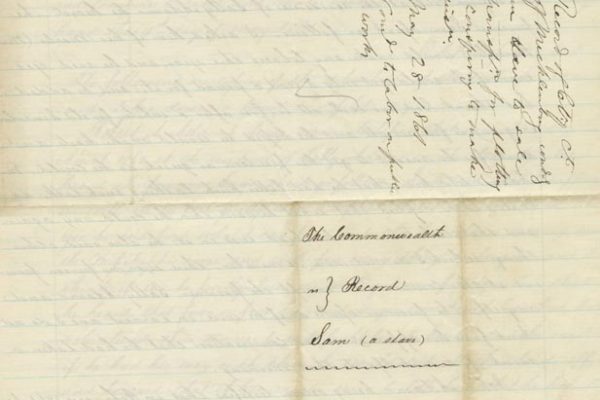 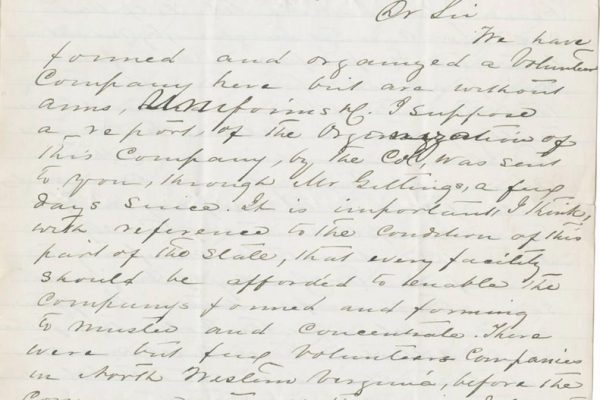 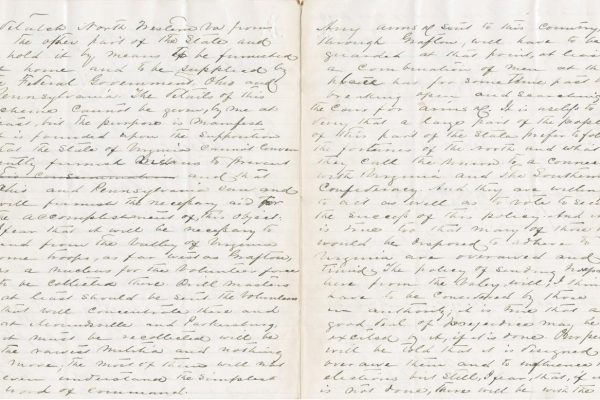 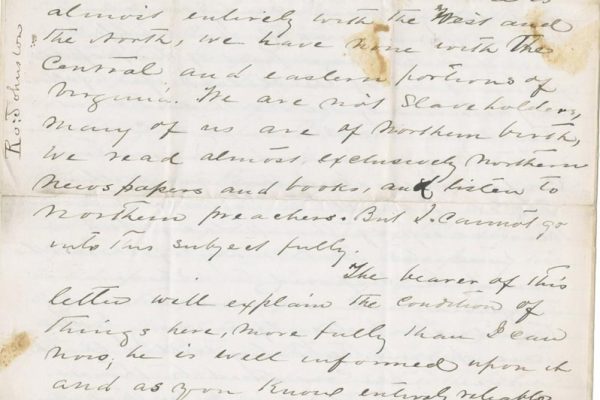 Virginia’s secession and the outbreak of war led to the creation of the new, free state of West Virginia. In May 1861, Robert Johnston, from Clarksburg, asked the governor to provide for the defense of politically divided western Virginia, explaining that in the west, “our intercourse is almost entirely with the West and the North, we have none with the Central and eastern portions of Virginia. We are not Slaveholders, many of us are of Northern birth, We read almost exclusively Northern newspapers and books, and listen to Northern preachers.”

Like a majority of Virginians, Governor Letcher (read his biography here) opposed secession until the middle of April 1861, and like most white Virginians in the east supported the Confederacy during the Civil War. His mail can be an invaluable resource for anyone interested in this period of Virginia’s history.  Learn more about this collection at the Library of Virginia in the Guide to the Executive Papers of Governor John Letcher, 1859-1863 (Accession 36787).

-Brent Tarter, founding editor of the Dictionary of Virginia Biography

Founding Co-Editor of The Dictionary of Virginia Biography