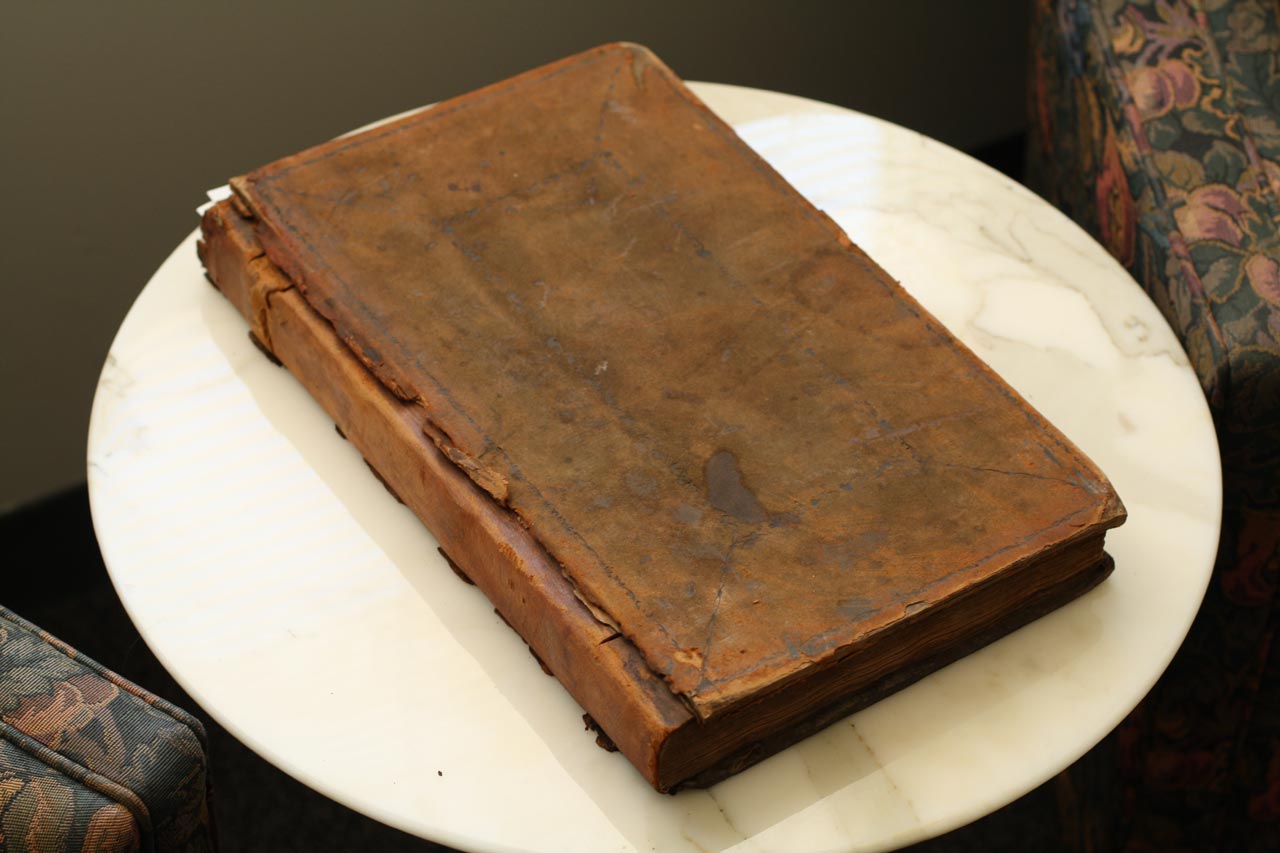 Sometimes archivists encounter the unexpected. While looking through an unidentified business record, I expected to see the usual debits and credits typically found in nineteenth century business volumes. The ledger, found in the Lynchburg (Va.) Courthouse, belonged to a group of volumes entered as an exhibit in some long ago settled court case. Only one of the volumes was labeled – with “A. J. Ledger” inscribed on its spine. This volume turned out to be A. J. Ledger C (Barcode 1097496), but it contained more than the financial activities of an unknown Lynchburg area merchant. 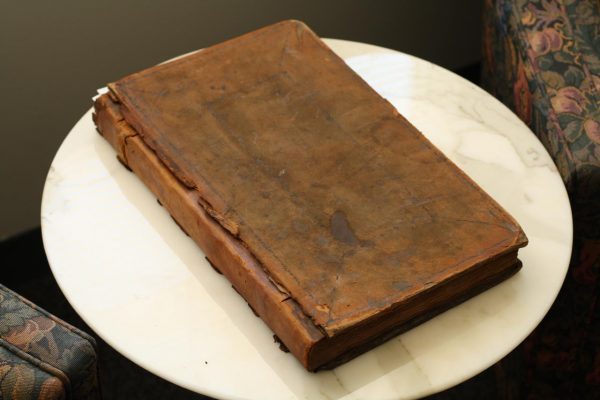 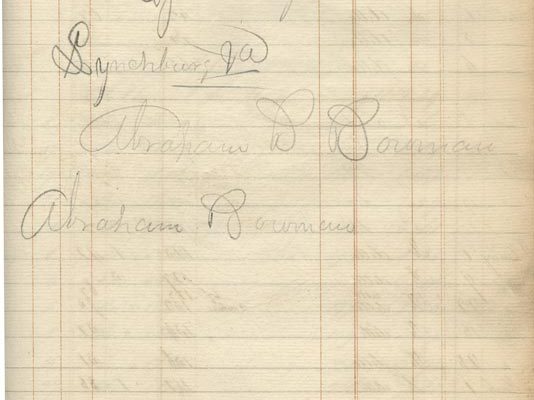 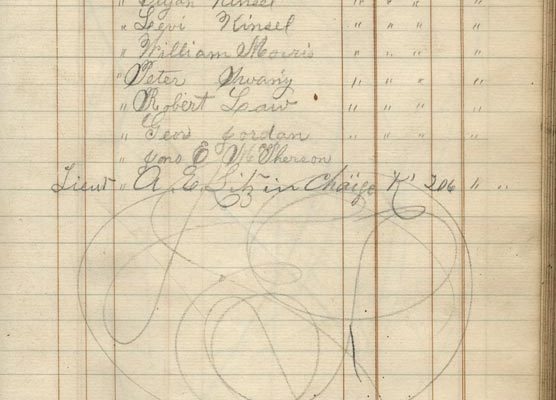 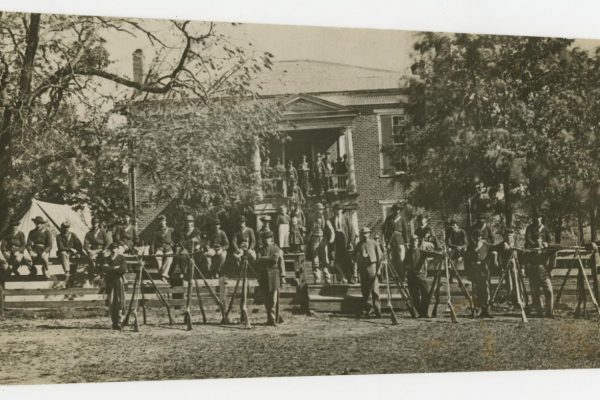 Amidst the notations of customer purchases and payments made in 1812, names were written in pencil at the bottom of pages – Charles B. Stewart, James Ellis, William H. McCune. Additional names and doodles were scribbled over the carefully organized ledger entries. Curious, I continued to thumb through the ledger and discovered it had been autographed by the 206th Pennsylvania Volunteer Infantry while the unit was on provost duty in Lynchburg, Va. The 206th  was among the first to march through Richmond after it fell, and the troops were later sent to Lynchburg where they spent two weeks on provost duty.

Many members of the regiment signed their names in the ledger. Lieutenant Abraham E. Litz wrote an account of their march on Richmond in the volume: “The first Reg to march through its streets was the 206 PA Vols. Inft. And camped in the City Poor House, used by the C.S. as a military institute. But the first Regt. to enter the City was a Regt. of Darkeys, who stacked around in the suburbs of the city until after the 206 PA Vols. paraded through the city at 8:15 a.m.” 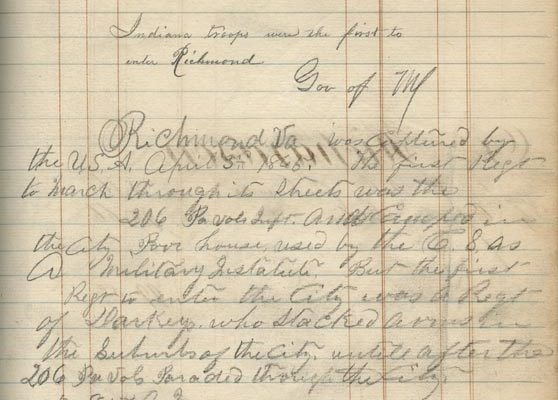 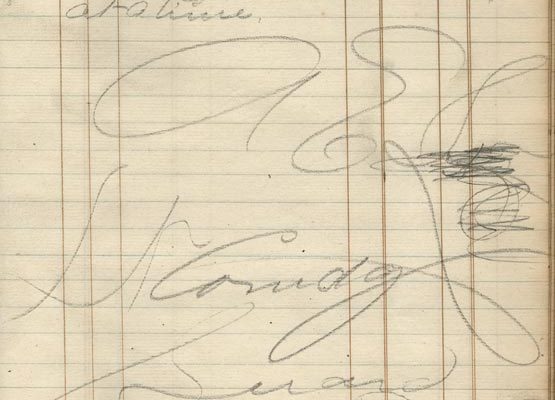 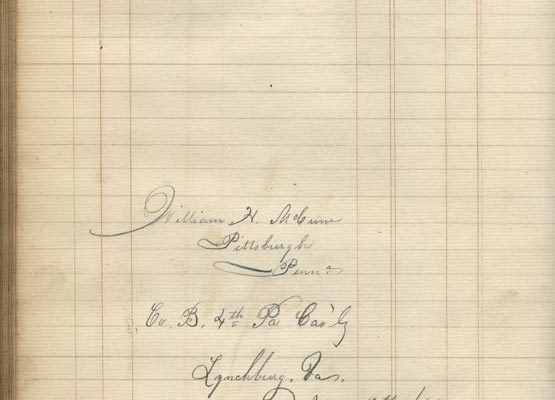 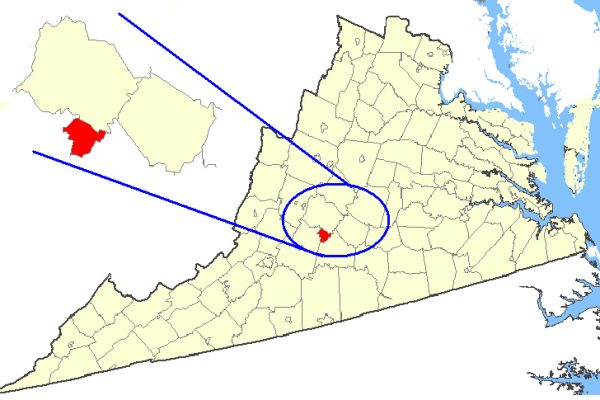 See the transcript above for a list of names and places mentioned in the pages scanned for this entry. The ledger is part of the A. J. Ledgers collection and is open for research.