Two hundred four years ago, August 3, 1807, the former vice-president of the United States, Aaron Burr, was put on trial for treason. At a federal court held in the Virginia state capitol’s Old Hall of Delegates, John Marshall oversaw the proceedings and many of the most prominent names of the early federal period were subpoenaed, including the president Thomas Jefferson. The trial brought into question, among other things, the issues of executive privilege, state secrets, and the independence of the executive branch. 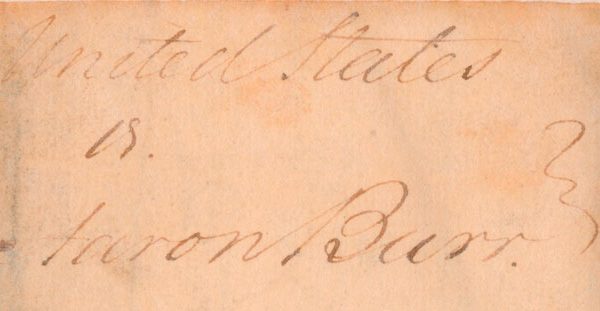 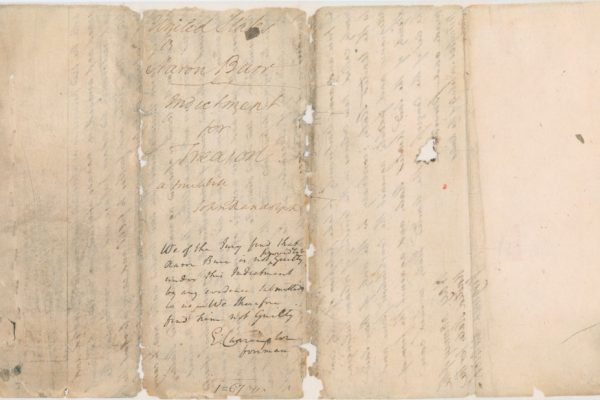 Accused of plotting to foment war with Spain and seize land in the Midwest in order to form an independent nation, Burr was eventually acquitted of the charges. The trial records of the “Burr Conspiracy” are housed at The Library of Virginia’s archives along with the other records of the fourth circuit federal court. In addition to the original records of the trial, the LVA bookshelves hold numerous scholarly works examining the themes and controversies of one of the most sensational events of the day.