The Library of Virginia is pleased to announce that the first installment of images from the Petersburg chancery causes digitization project have been added to the Chancery Records Index. This project has been funded, in part, through a $155,071 grant from the National Endowment for the Humanities. Images for the first forty-four boxes of chancery suits have been added to the index (circa 1803-1845). The boxes are not strictly chronological, so not all images for a given year are available. Additional images will be added periodically as the project progresses. Be sure to check back!

Here are some interesting suits that archivists found while processing, indexing, and conserving the collection. Many other fascinating and complex stories will surely be uncovered once the project is complete and the collection is studied by students, scholars, and family historians. 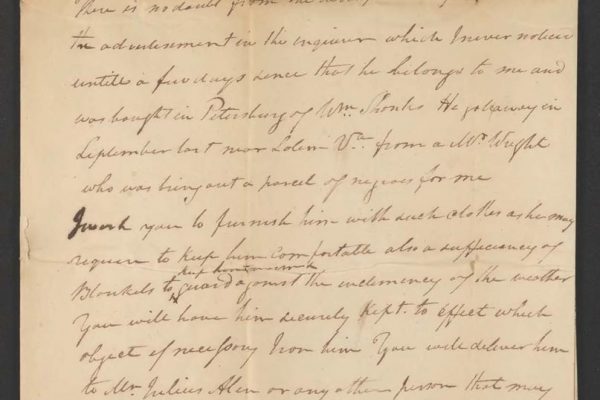 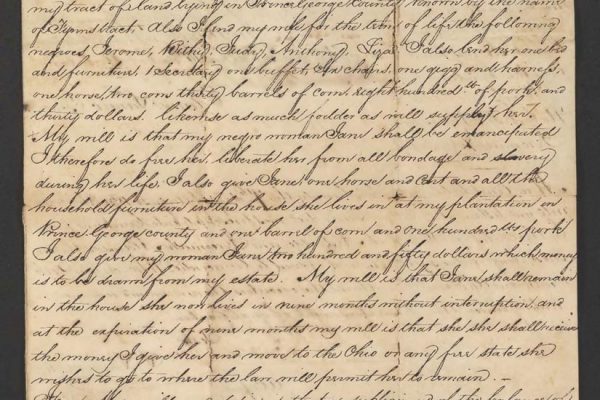 Will of Edwin Lanier pg. 1 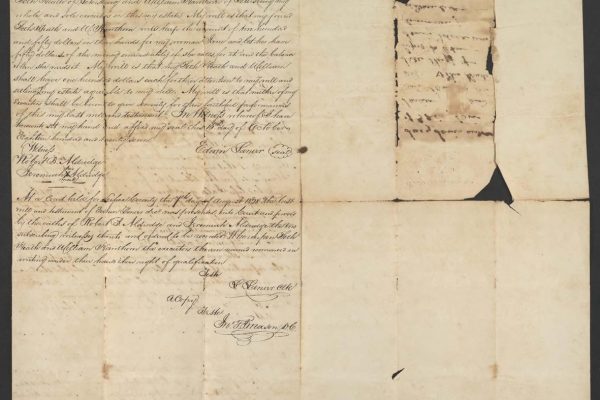 Will of Edwin Lanier pg. 2 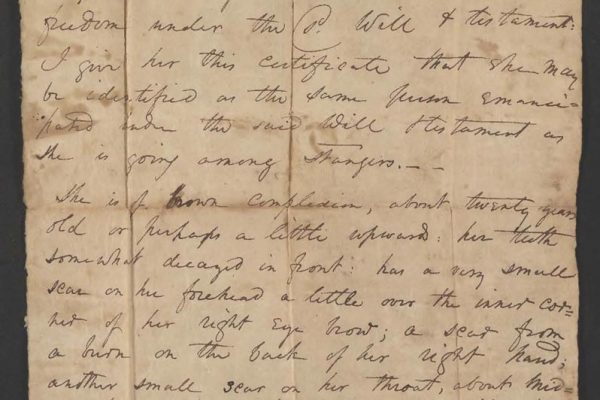 Certificate of freedom of Jane 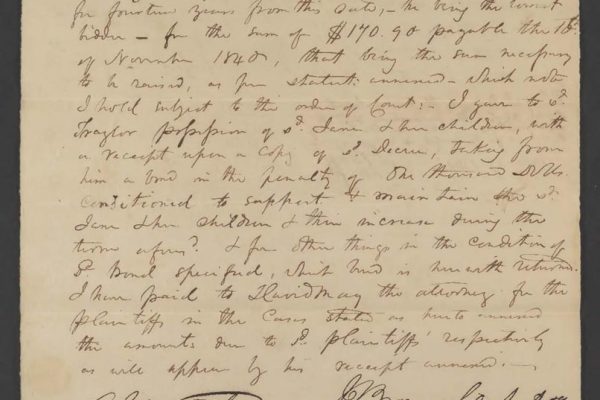 Report on the sale of Jane 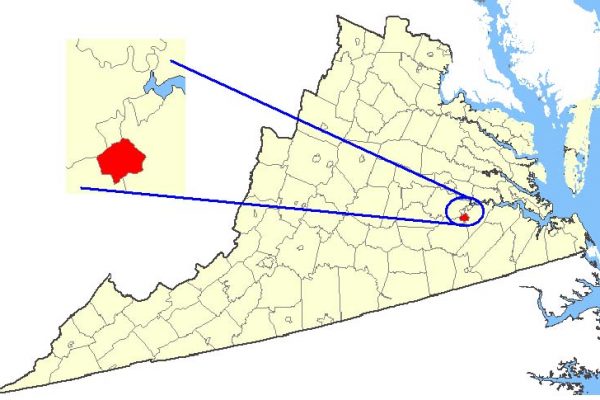 Petersburg chancery cause 1827-003 involves a dispute over a runaway slave named Davey, alias Davey Smith. Exhibits found in the suit include a notice published in a local newspaper describing Davey’s physical appearance, occupation, and his escape (image 22). The suit also contains letters from Benjamin W. B. Jones of Alabama claiming that he was Davey’s owner (image 27).

Also in the newly released images there are two suits that involve an African American woman named Jane.  She was a slave of Edwin Lanier of Sussex County, who owned the Prince George County plantation where Jane lived.  Lanier’s will called for Jane to be emancipated upon his death, which occurred in 1828. She was the only one of Lanier’s slaves to be set free. In the first suit, 1834-015, Jane sues the administrator and heirs of Lanier’s estate to receive the property and cash bequeathed to her in Lanier’s will (image 23). The second suit, 1840-066, has its origin in several judgment suits heard in Sussex County. Lanier’s administrator and others successfully sued Jane for debts she owed as a consequence of the property she received from her former owner. When Jane could not repay the money owed, she was placed in the Petersburg jail. The case details Jane’s efforts to win back the freedom she had enjoyed only briefly.

Jane’s certificate of freedom, the paperwork that had to be carried by freed persons of color, is used as an exhibit in the suit (image 46).  To add to the drama, Jane had several children and became pregnant during the course of the litigation. Sadly, Jane lost the case. Since she was unable to repay the debts, which included interest, Jane and her children were to be hired out as “servants and apprentices” for fourteen years to work off their debts. The sheriff auctioned Jane and her family to the highest bidder on the steps of the Petersburg courthouse (image 31).

In his will, Lanier allowed that Jane could remain on his plantation for nine months after his death and then move to a free state of her choosing. A statute passed by the General of Assembly of Virginia in 1806 stated that freed slaves had to leave the commonwealth within one year of their emancipation or they forfeited their freedom. The defendants in the earlier suit (1834-015) cited this law in their response to Jane’s complaint regarding the money and property.  They argued that Jane was no longer free because she had remained in Virginia beyond the twelve months. The defendants in the later suit (1840-066) also cited the 1806 law telling Jane that if she were truly a free person she would leave the commonwealth.

Did Jane need the money from Lanier’s estate to travel to a free state? Did she choose to stay in Virginia in spite of the law? Feel free to share your thoughts and opinions as to why Jane remained in Virgina in the comments.