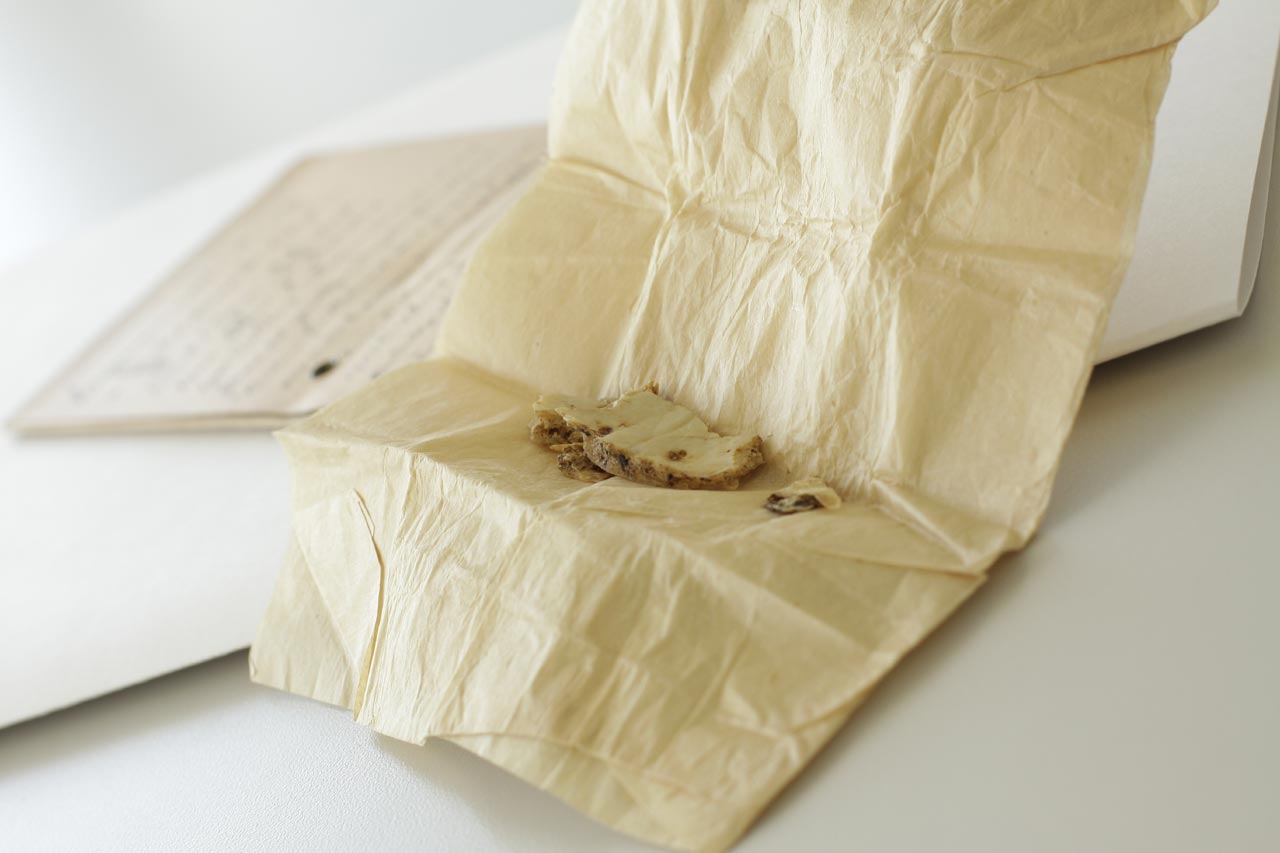 At the October 1903 session of Rockbridge County court, Oliver R. Bane, called “Dock” Bane (alternately spelled Bain), was convicted of unlawful assault against Lone B. Vess (alternately spelled Vest) and sentenced to two years in the state penitentiary.  The grand jury indictment of Bane charged him with making “an assault and him the said Loane B. Vest feloniously and maliciously did strike, beat, cut and wound with intent him the said Loane B. Vest there and then to maim, disfigure, disable and kill.” The official charge was mayhem.  A newspaper article from the Lexington Gazette gives a fuller picture of the circumstances surrounding the crime.  The article states that Bane and Vess had gotten into a fight at the home of Mr. Dave Potter while returning home from a dance.  “Knucks and chairs were freely used in the battle” and Vess was struck on the head with a fire shovel.  Jury instructions from the case file indicate that part of Bane’s defense was that Vess had attacked him first and without provocation.  The article explained that Vess was not expected to recover and that the doctor had extracted several fragments of bone from his wounded skull.  Preserved as evidence in the case file are these bone fragments, wrapped up in tissue paper.  Vess did survive the attack and the loss of pieces of his skull and was summoned as a witness for the prosecution.  Bane arrived at the Virginia Penitentiary on 17 October 1903, prisoner #5086.  He served just over one year of his sentence and was paroled on 22 October 1904. The documents for Bane’s criminal trial can be found in Commonwealth vs. Oliver R. Bane alias Dock Bane in the Rockbridge County Judgments and Commonwealth Causes, 1902-1904 (Barcode 1140736). 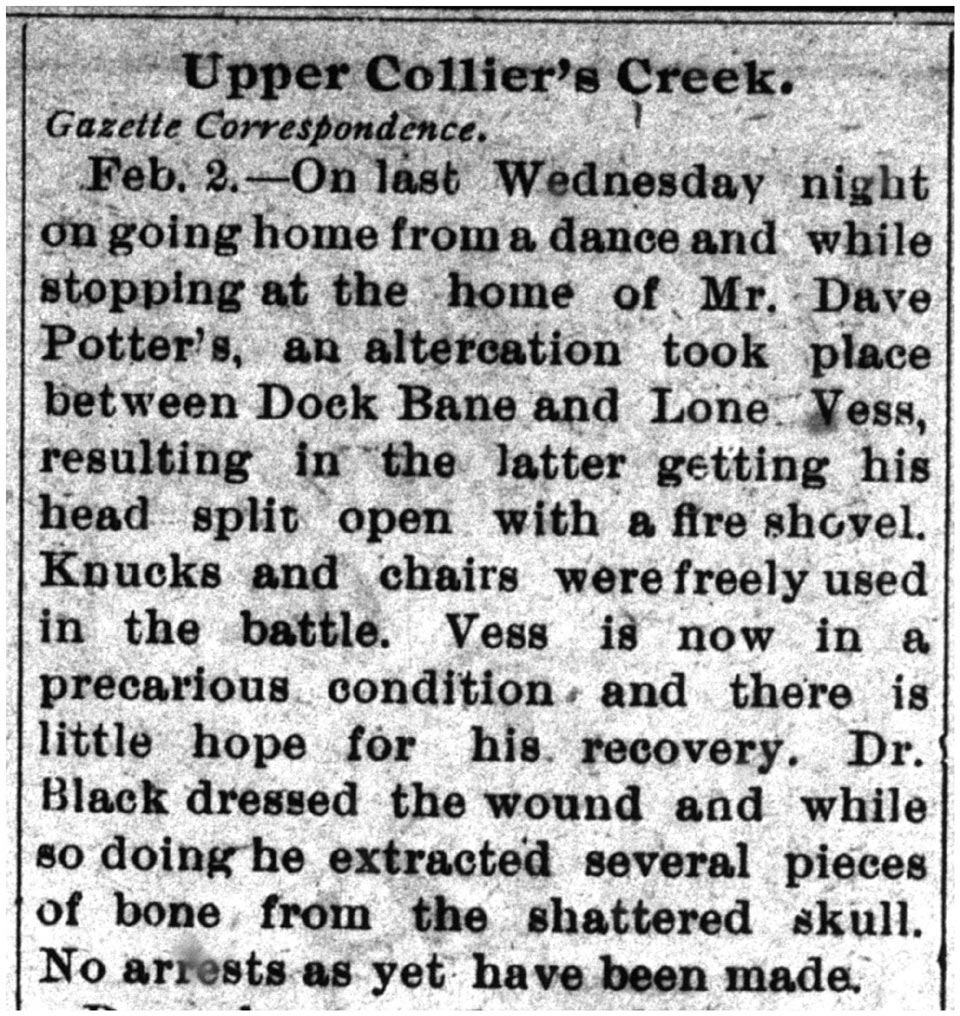 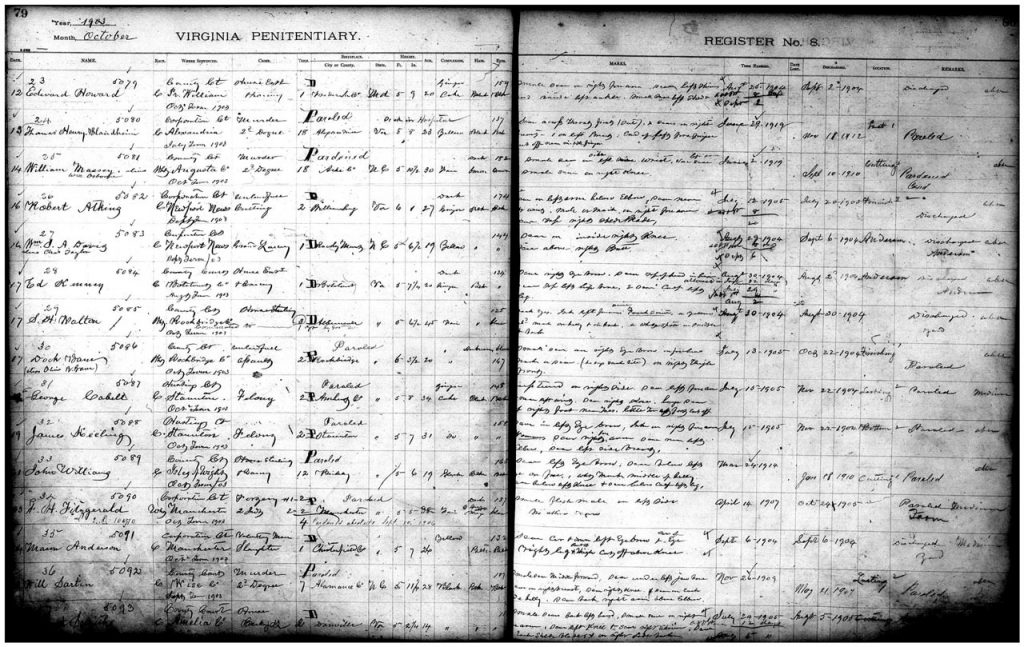 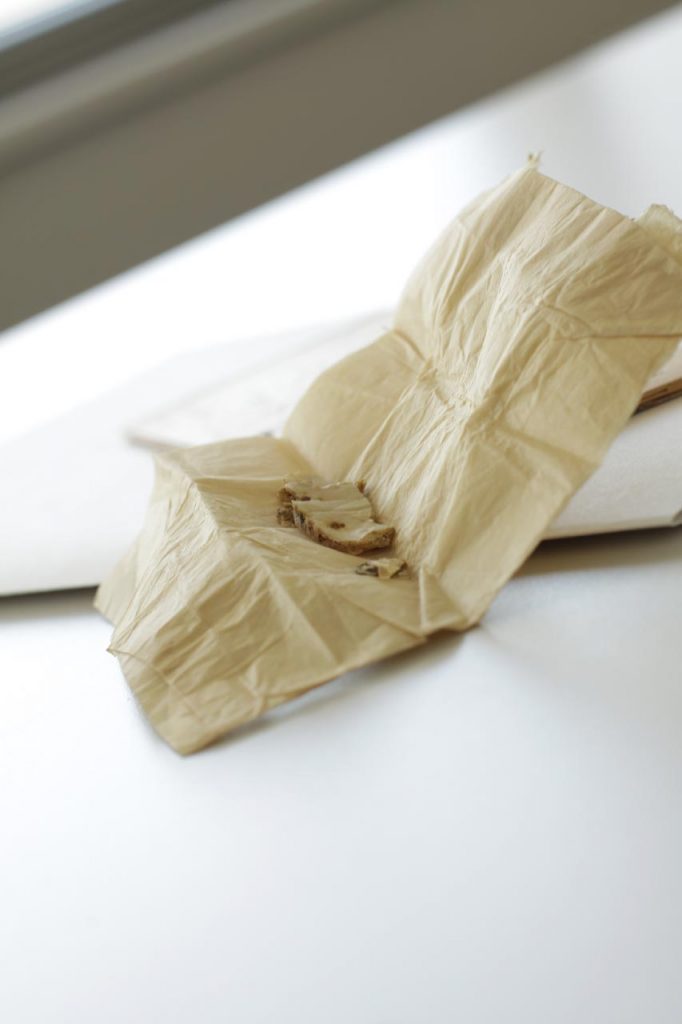 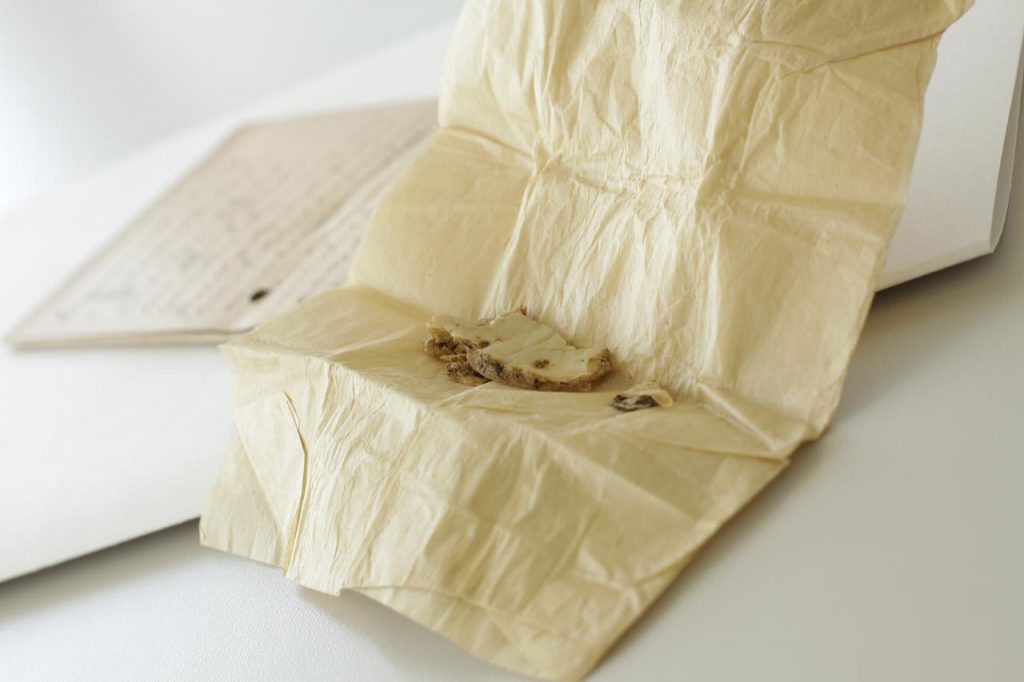 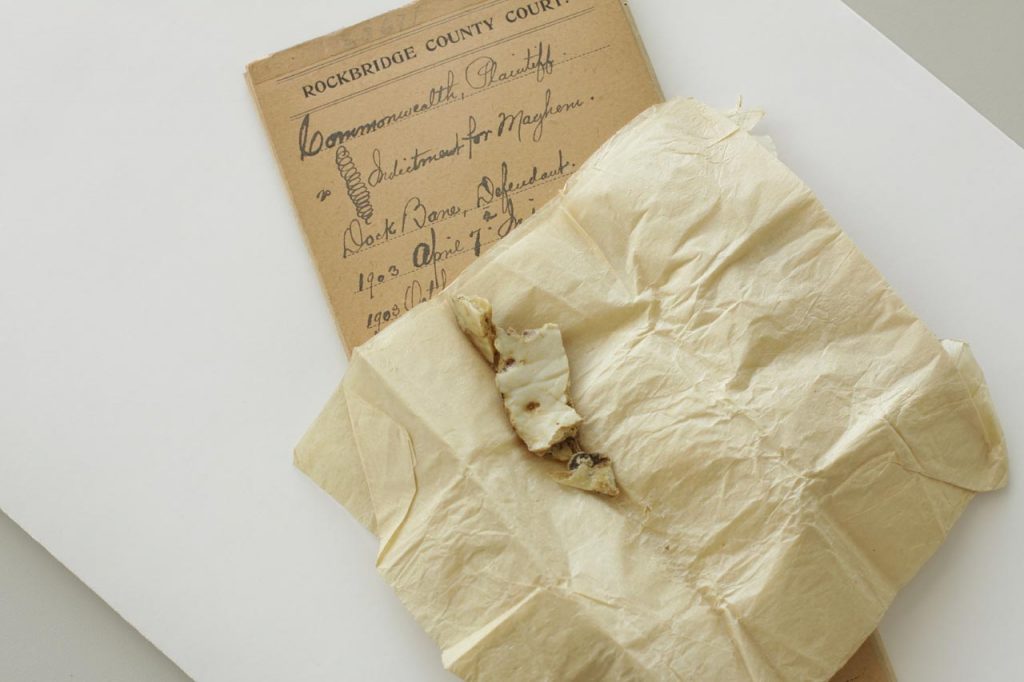 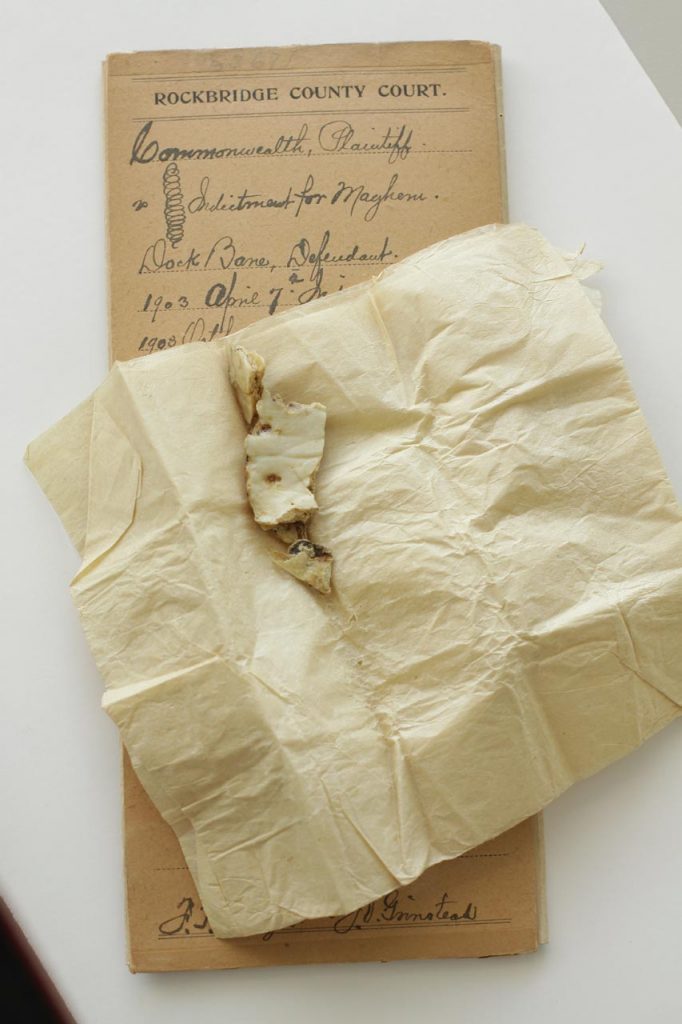