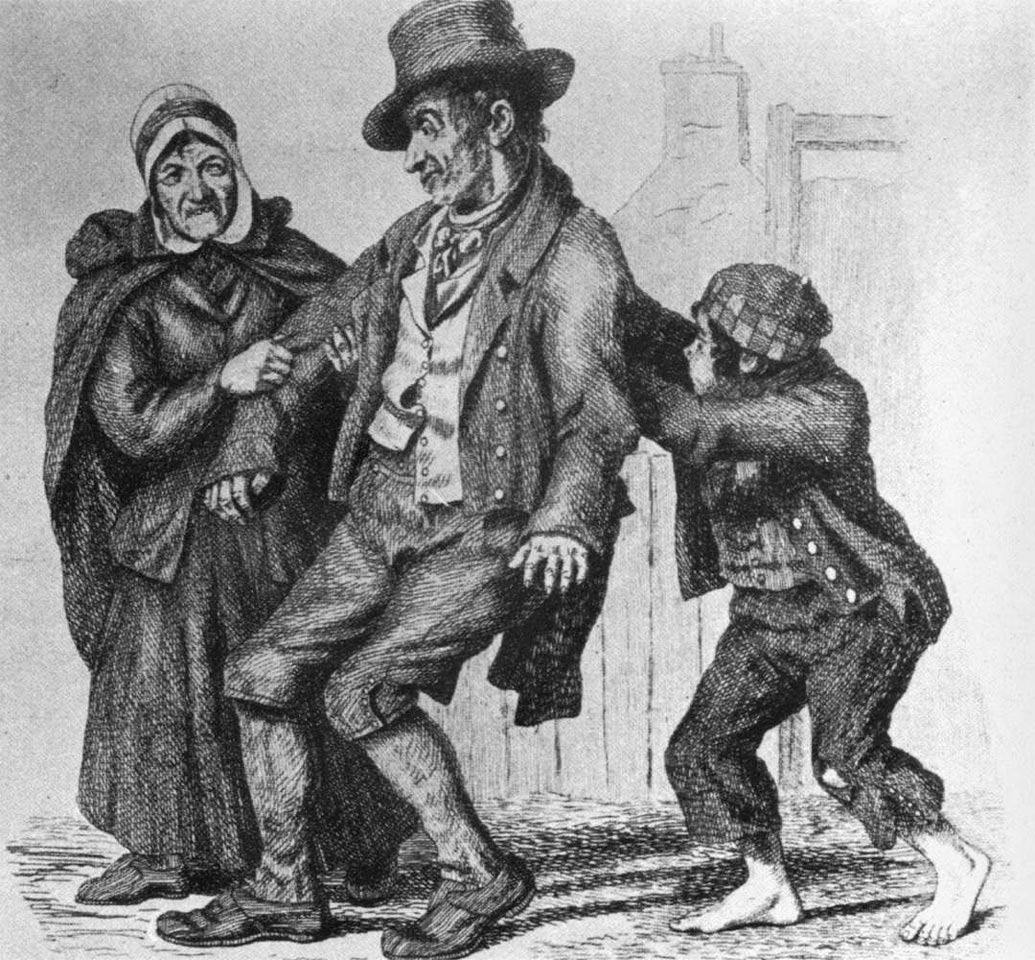 Drunkenness is no excuse…

Ever want to claim you were too drunk to be responsible for committing a criminal act?  In Virginia in 1915, you would have been out of luck.  Jury instructions found in the Staunton criminal case of Commonwealth vs. Vaughan Bell (Staunton Commonwealth Causes, barcode 1184535) suggest that Mr. Bell, indicted for housebreaking with the intent to commit larceny in the store house of H. N. Tinsley, tried to use being drunk as an excuse for his accused criminal behavior.  He also may have tried to claim insanity, as a notation on the case wrapper indicates that a commission was held to inquire into his mental state.  The commission found him sane and the jury found him not guilty.  Additional jury instructions speak to the necessity of proving beyond a reasonable doubt not only the housebreaking but the intent to commit larceny and that any doubt must cause the jury to judge in Mr. Bell’s favor.  Clearly the jury did have doubts and Mr. Bell went on his merry way, dubious excuses and all. 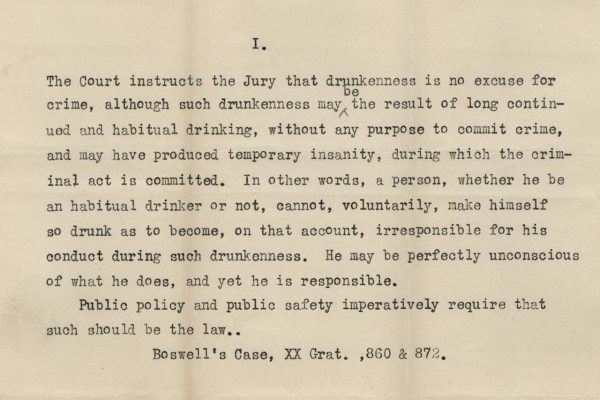 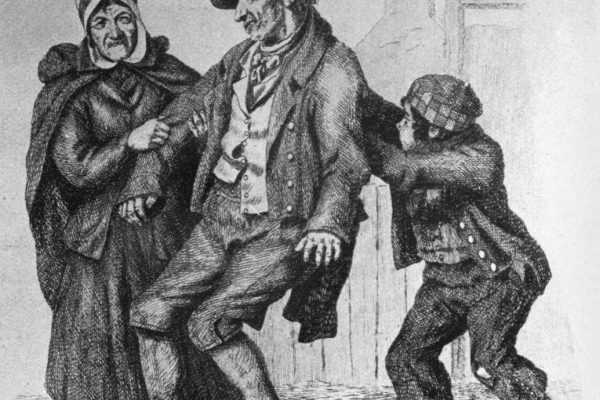