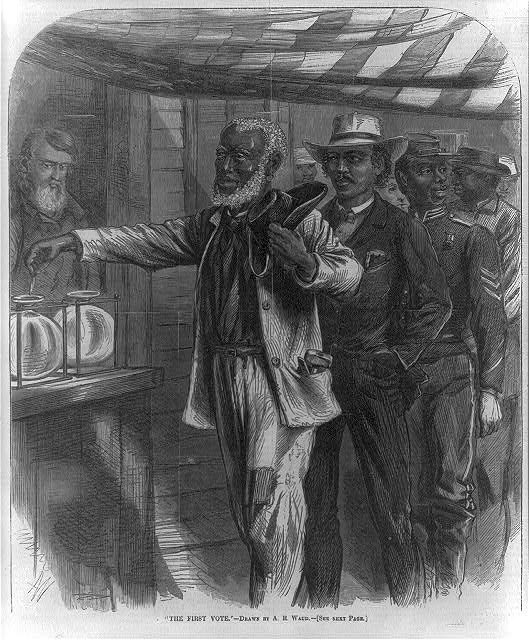 In honor of the upcoming Election Day, today’s post presents a record that illustrates the struggles that some Virginians experienced while attempting to exercise the right to vote guaranteed them by the Fifteenth Amendment.  Today’s ease of voter registration belies the fact that this has not always been so in Virginia for everyone.  The Commonwealth’s Constitution of 1902 was a post-Reconstruction attempt to whittle down the voter rolls by making property ownership, poll taxes, and literacy tests prerequisites to voter registration, thereby eliminating large numbers of African Americans and poor whites.  Section 19 of Article II specifically mentions the so-called “understanding clause” –  the requirement that a person applying to register must be able to read or have read to him a section of the Constitution and explain its meaning to the registrar.  It seems fairly clear that this understanding clause was not applied to every person registering to vote.

Warren County kept a register of voters  titled “Refused Colored Applicants,” 1902-1903 (Barcode 1205724) consisting of dated entries by name of African American men attempting to register to vote, along with their ages, dates of birth, occupations, and how long they had lived in the state, county, and precinct. Also recorded is the section of the Virginia constitution that was given to the men for explanation (although not which article) and what their answers were. All applicants in this list were marked “refused” or “not admitted.” 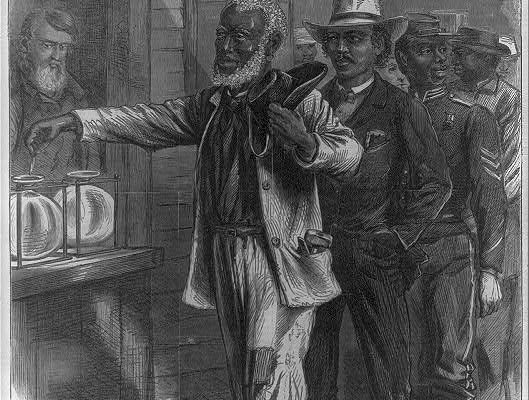 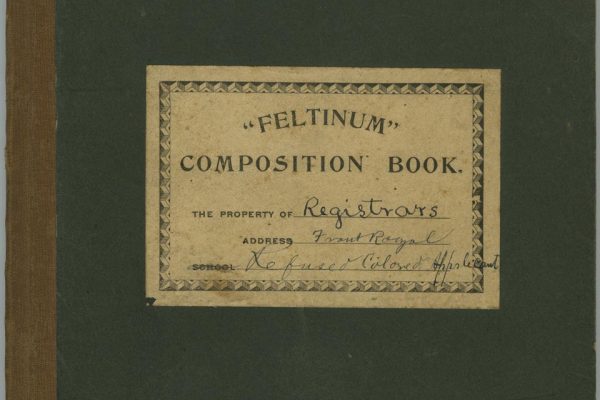 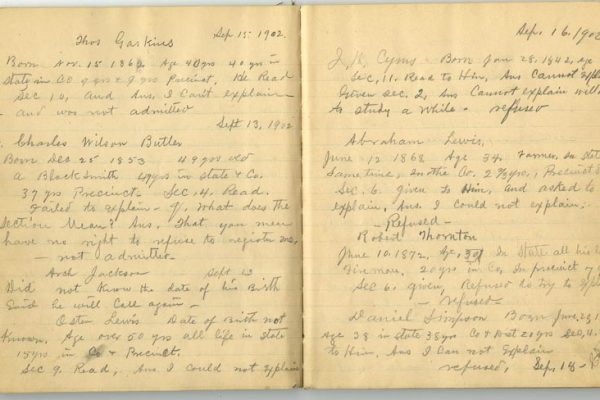 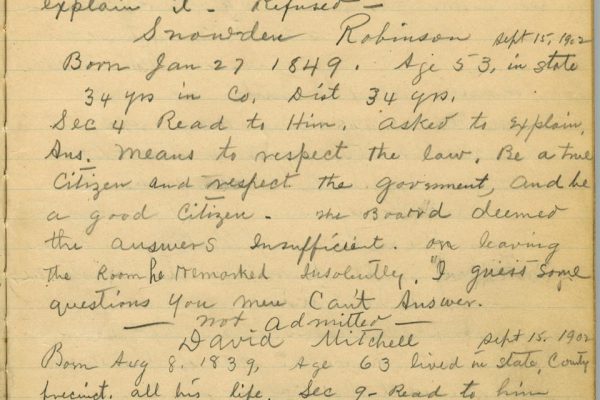 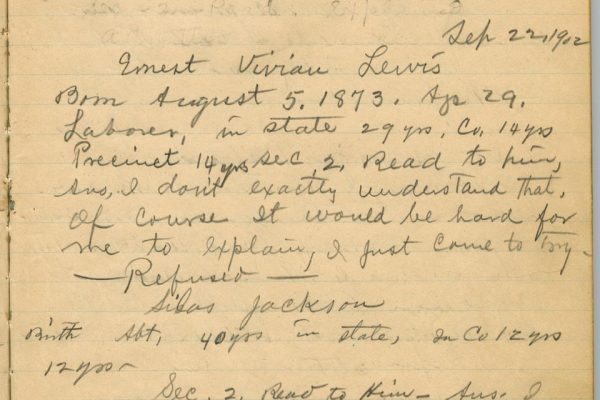 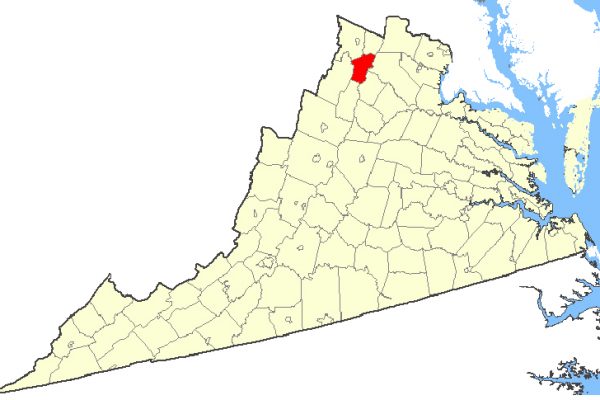 What is interesting is what is revealed in the volume, both of the applicant and of the registrar.  Snowden Robinson is noted as “insolently” remarking “I guess some questions you men can’t answer” after he was refused registration.  Clearly the use of the term “insolently” is the registration board reacting to his displeasure at their refusal.  Jos. Charles Wilson Butler’s explanation of his section of the Constitution was simply that it meant “that you men have no right to refuse to register me”—surely not the explanation that the registration board was expecting.  The entry for Ernest Vivian Lewis may be the most unintentionally poignant of all.  He states that he cannot explain the section given to him but that he “just came to try.”  Mr. Lewis arrived seeming to know that he was not going to pass this test but clearly he felt strongly enough about voting that he came anyway.

As you head out to the polls next week, be grateful that your right to vote does not now depend upon your race, your gender, or your economic status.