On Sunday 20 January 1907, Ed Baker, a “one leg Italian” with “a bad face”, escaped from the State Convict Road Force camp near Williamsburg. Baker, one of the camp cooks, made his break at 6:07 a.m. when a guard sent him to get some wood. The alarm was sounded at 6:15 and a manhunt begun.  Baker, who had a wooden leg and only an eight-minute head start, was not easy to recapture.  The Virginia Gazette reported that Baker was pursued by several guards as well as local citizens and students for nearly nine hours.  Baker was finally caught at 3 pm by guard R.F. Morris – 20 miles from the camp!  The guard in charge of Baker when he escaped was fired.  That evening camp Sgt. W.B. Pattie wrote Penitentiary Superintendent E.F. Morgan that ”a man who can’t hold 4 men with a shot gun & pistol is no good to me.”  Baker was also punished.  Even though Baker only had one leg, Pattie “put a ball and chain on that and will give him 39 [lashes] in the morning.” 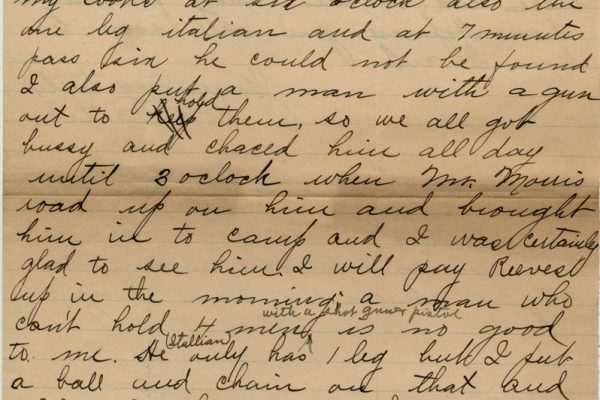 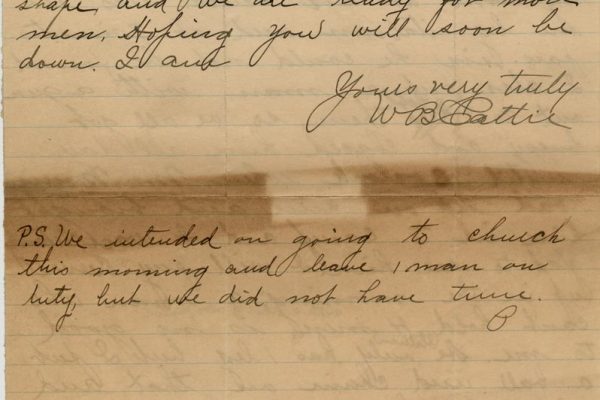