While examining Prince Edward County court records for chancery suits, former Local Records Archivist Catherine OBrion found a group of declarations to the justices of the peace of Prince Edward County.  The declarants were Revolutionary War veterans seeking to obtain pensions under an act of Congress passed on 7 June 1832. The applicants present detailed testimony of their time of service during the Revolutionary War. Information found in the declarations include date and location applicants entered into service, names of military companies they served in, names of military commanders they served under, names of fellow soldiers they served with, length of service, their ages, and their places of birth. The declarations also include affidavits from witnesses who could verify information provided by applicants. 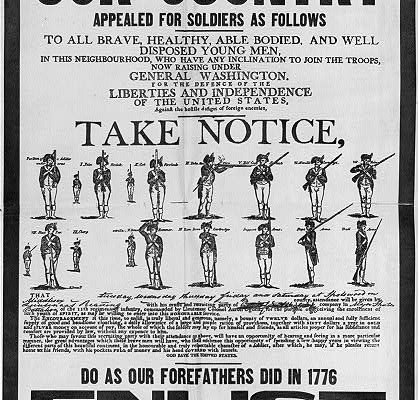 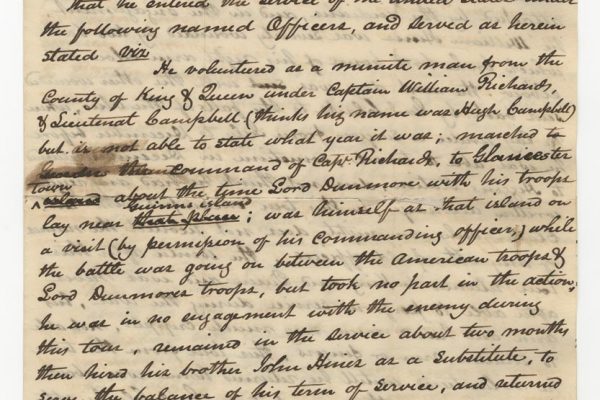 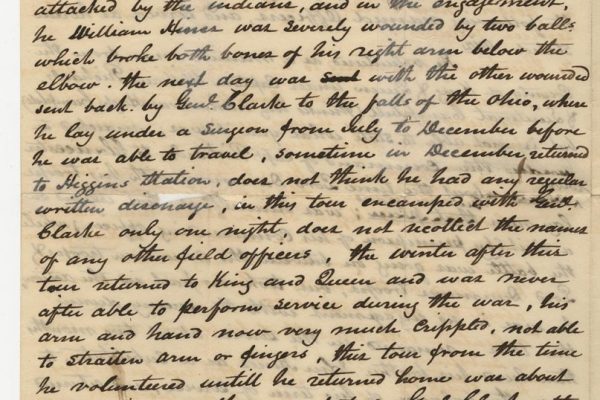 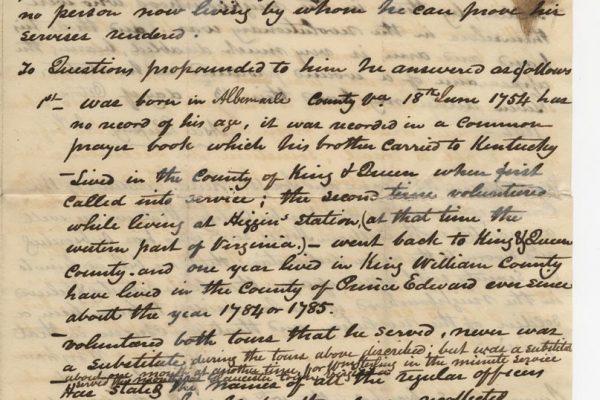 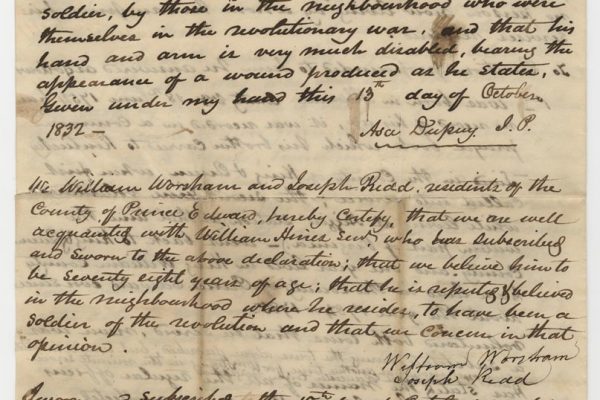 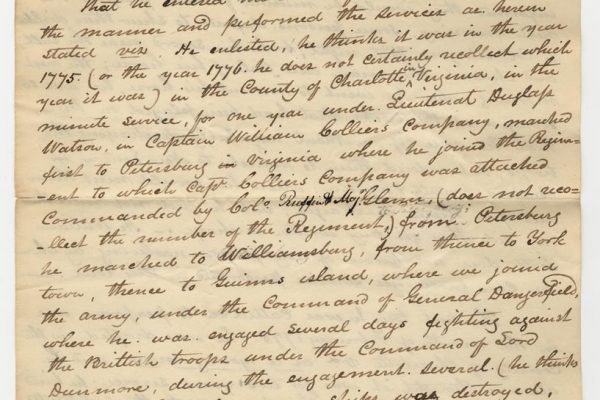 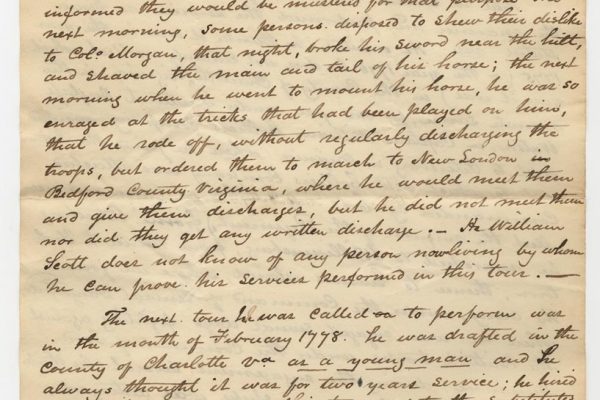 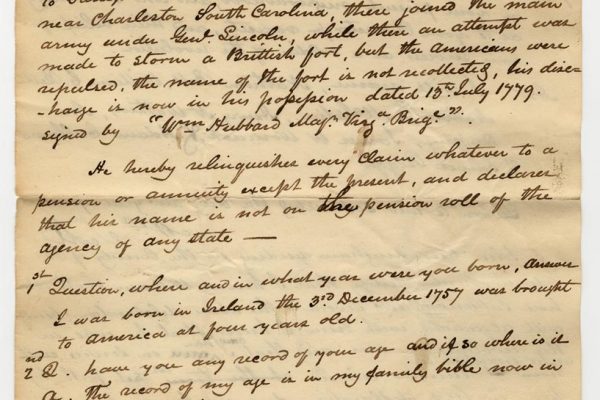 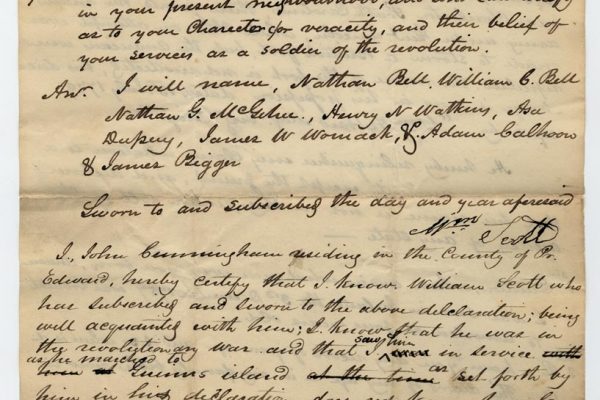 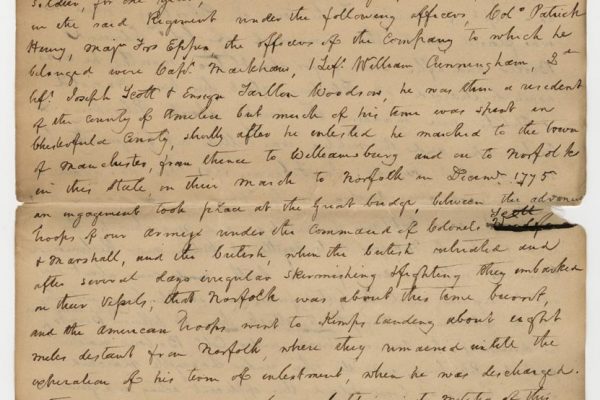 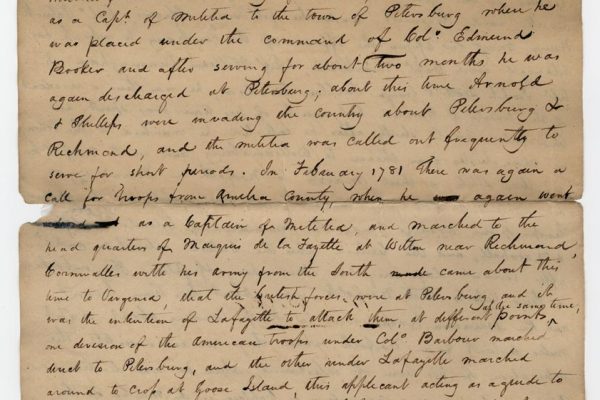 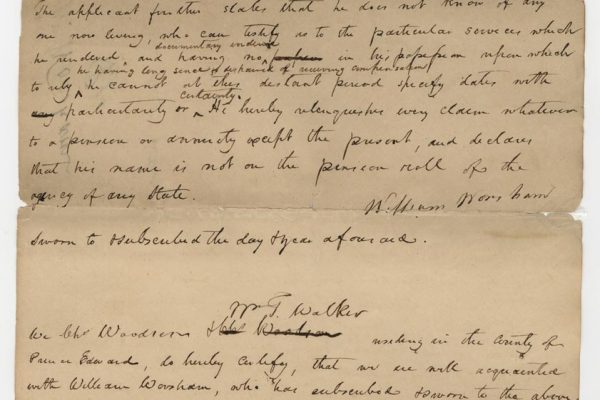 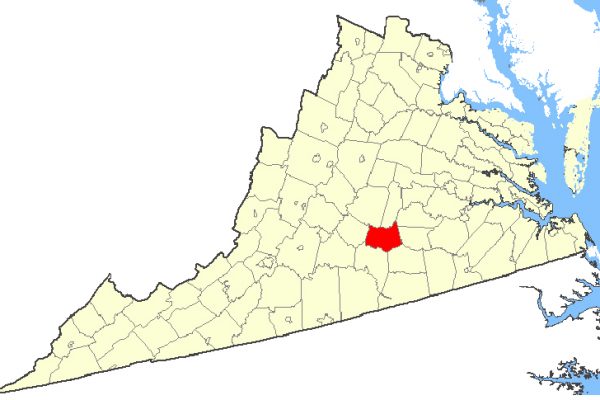 The predominant portion of the declarations consists of narratives of the veterans’ tours of duty during the Revolutionary War.  William Hines, age 78, presented an account of his service under General George Rogers Clarke in present-day Kentucky.  Clarke’s army was pursuing Native Americans along the Ohio River.  Hines shared how, during the campaign, he was severely wounded by two musket balls which broke both bones of his right arm below the elbow.  Hines was personally assured by General Clarke that he would receive a pension.  William Worsham, age 80, presented an account of his service from the time the war began in 1775 to the British surrender at Yorktown. He mentions the burning of Norfolk, campaigns in North and South Carolina, skirmishes with Benedict Arnold, and clashes with Cornwallis during which Worsham was taken prisoner by the British.  William Scott, age 74, offers a humorous account of a prank a group of soldiers pulled on their superior officer, a Colonel Morgan, who was unpopular with his troops.  Scott shares that one night, “some persons disposed to shew [sic] their dislike for Colonel Morgan … broke his sword to the hilt, and shaved the main [sic] and tail of his horse.”  Morgan was so angry he refused to grant his troops their discharge papers.