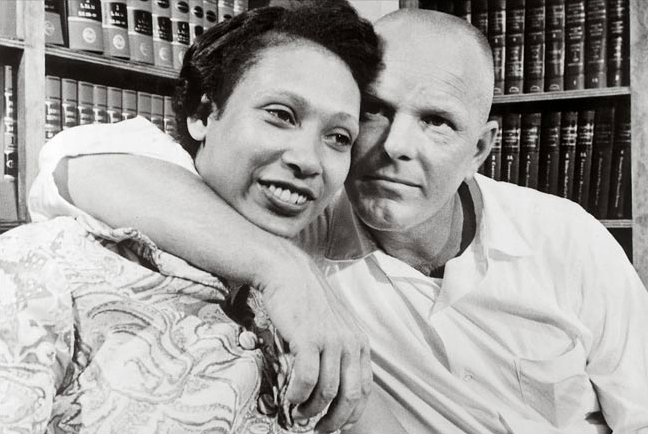 "Tell the court that I love my wife…"

Commonwealth vs. Richard Perry Loving and Mildred Delores Jeter was the criminal case that began in 1958 in Caroline County and terminated in a landmark civil rights decision by the United States Supreme Court in 1967. The Supreme Court decision declared Virginia’s anti-miscegenation statute, the Racial Integrity Act of 1924, to be unconstitutional, thereby ending all race-based legal restrictions on marriage in the United States.

Mildred Delores (Jeter) Loving, an African American woman, and Richard Perry Loving, a white man, were residents of Caroline County who married in June 1958. The wedding took place in the District of Columbia because Virginia’s Racial Integrity Act banned marriages between any white person and any non-white person. Upon their return to Caroline County, they were charged with violation of the ban. On 6 January 1959, the Lovings pleaded guilty and were sentenced to one year in prison, with the sentence suspended for 25 years on condition that the couple leave the state of Virginia.

The trial judge in the case was Leon M. Bazile who wrote the famous opinion of the court for the Lovings’ appeal of their original sentence – since God had created people of different colors and placed them on different continents He therefore never intended for the races to intermarry.

The Lovings moved to the District of Columbia even though they found it a great hardship for both them and their children to be separated from their families in Virginia.  Terms of their sentence directed that even when visiting family they were not allowed to come into the state together but had to make individual trips.  On 6 November 1963, the American Civil Liberties Union filed a motion on the Lovings’ behalf in the state trial court to vacate the judgment and set aside the sentence on the grounds that the violated statutes ran counter to the Fourteenth Amendment. Various other suits in state and federal courts followed.  On 12 June 1967, the U.S. Supreme Court overturned the convictions in a unanimous decision, dismissing the Commonwealth of Virginia’s argument that a law forbidding both white and black persons from marrying persons of another race, and providing identical penalties to white and black violators, could not be construed as racially discriminatory. The court ruled that Virginia’s anti-miscegenation statute violated both the due process clause and the equal protection clause of the Fourteenth Amendment.  In September 1967, the Virginia Supreme Court sent an order to the Caroline County circuit court ordering that the Lovings’ original conviction be overturned and prosecuted no further.

Caroline County (Va.) Commonwealth versus Richard Perry Loving and Mildred Delores Jeter, 1958-1966, contains documentation of the criminal case including arrest warrants, indictment for a felony, the opinion of judge Leon M. Bazile, and copies of birth certificates for both Loving and Jeter. The original case is housed at the Central Rappahannock Heritage Center, but the Library of Virginia holds microfilm copies. 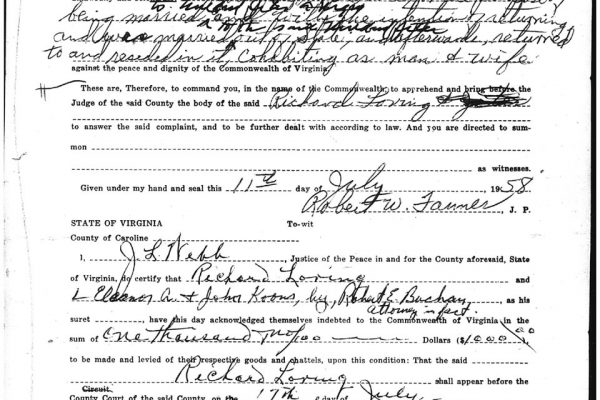 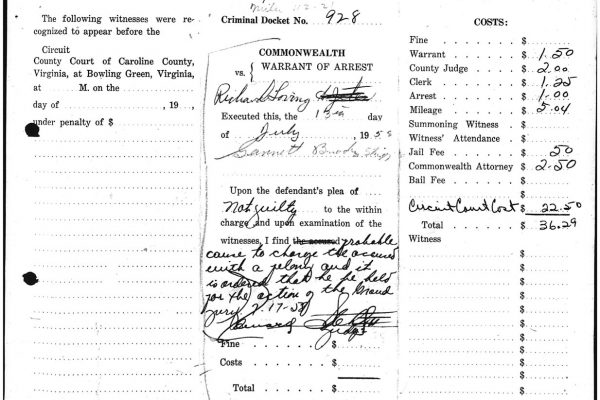 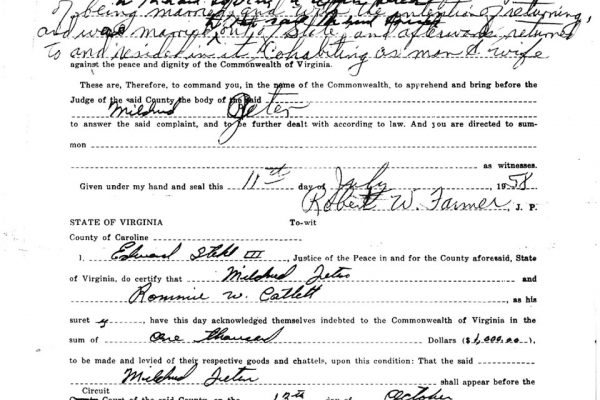 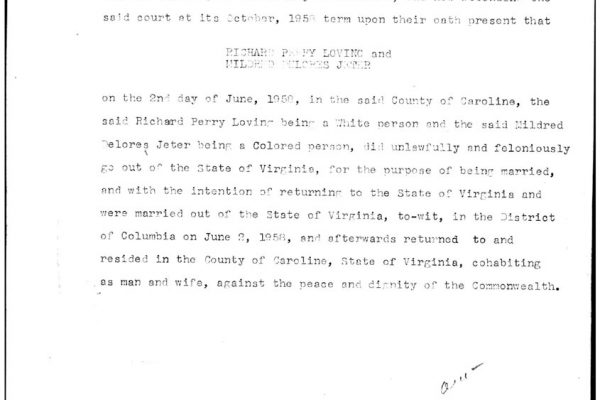 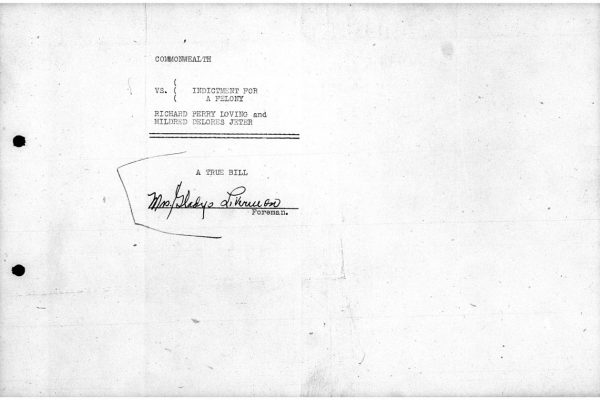 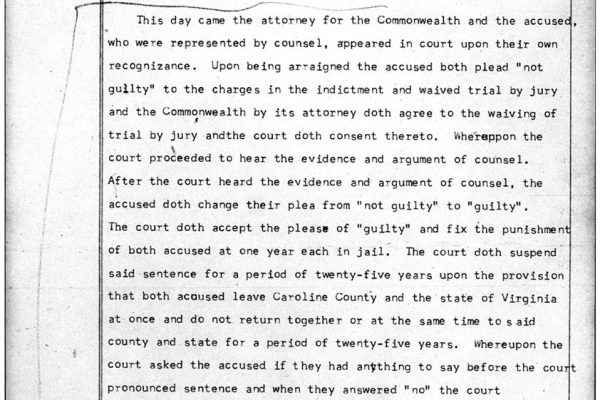 Court sentence for the Lovings 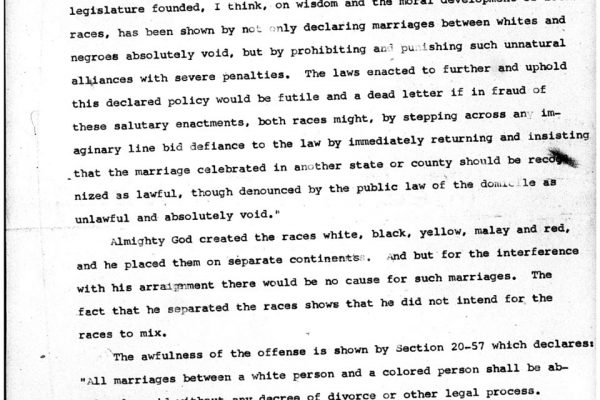 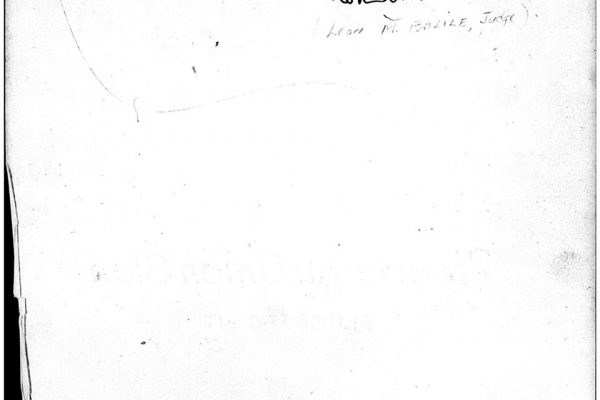 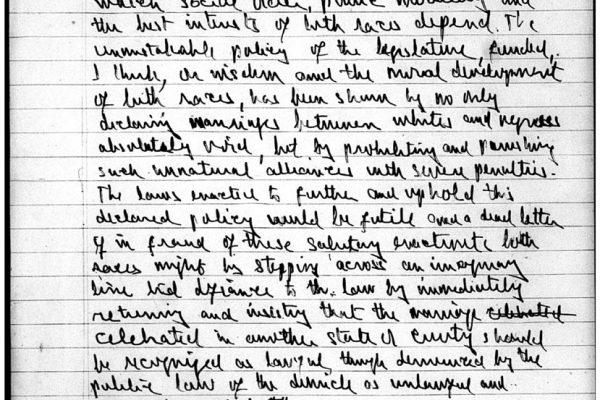 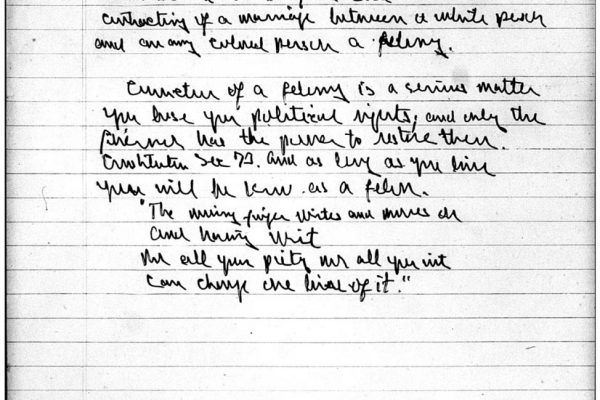 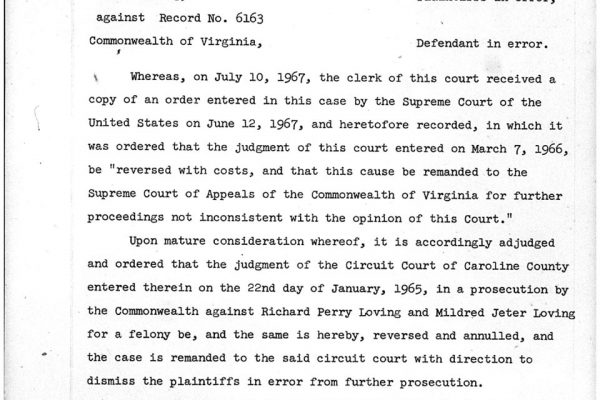 On Tuesday, 14 February 2012, at 9:00 PM, HBO will present a new documentary titled The Loving Story about the couple and their landmark legal battle.  The documentary will show contemporary video footage and photographs that have been unseen until now.

On the same evening at 7:30, the University of Mary Washington in Fredericksburg, Va., will host a panel discussion and a showing of the documentary as part of the Chappell Great Lives Lecture Series.  The panelists will be Bernard Cohen, one of the two lawyers who argued the case before the Supreme Court, and Peggy Fortune, the Lovings’ daughter.