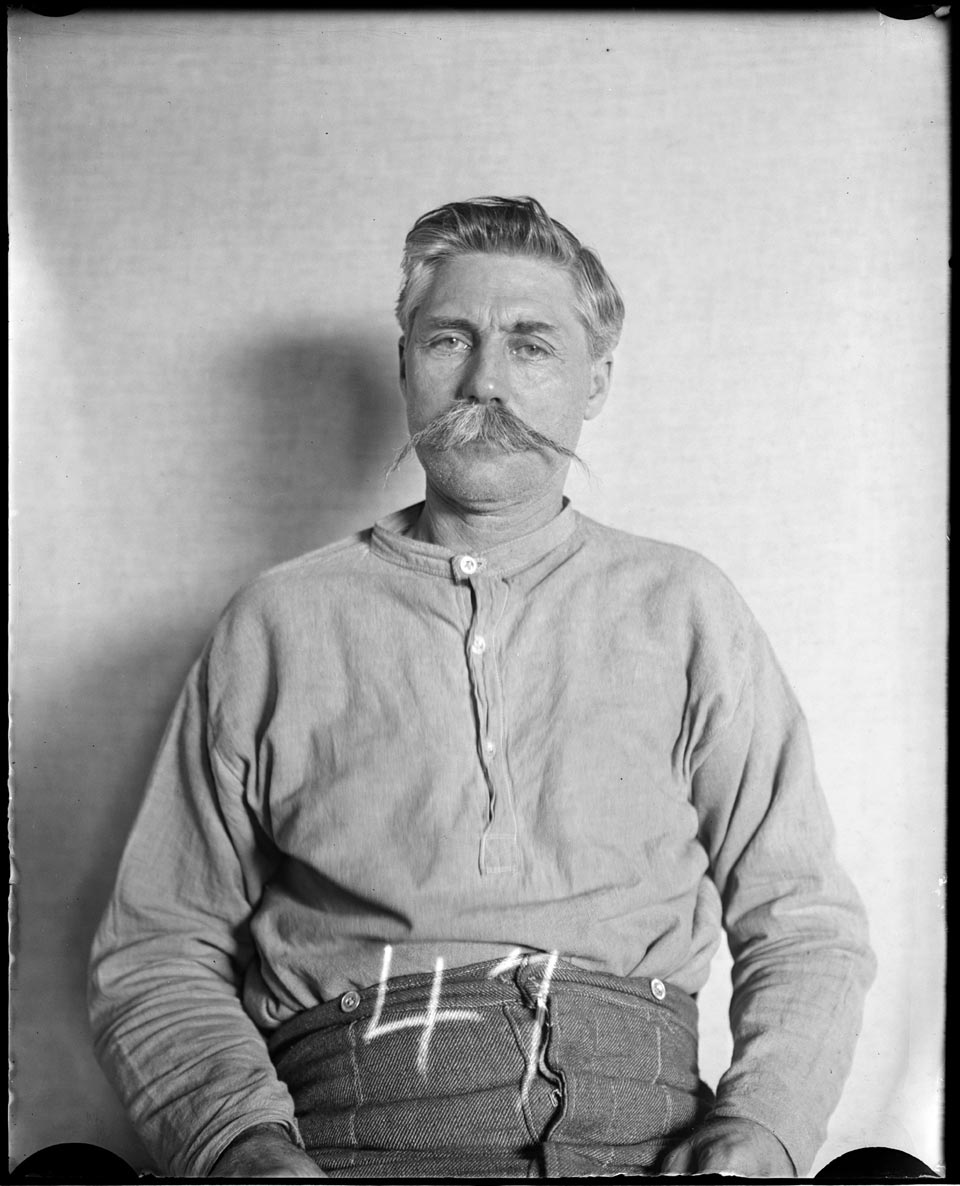 Welcome to Mug Shot Monday Special Edition.  This is the final post focusing on records at the Library of Virginia related to the “Hillsville Massacre.”

In March 1913, Floyd Allen and his son Claude were executed for the 14 March 1912  murder of Commonwealth’s Attorney William Foster.  The Allens’ case had gone through many twists and turns since the shootout in the Carroll County courthouse the previous March.  The trials of Floyd Allen, Claude Allen, Friel Allen, Sidna Allen, Wesley Edwards, and Sidna Edwards took place in Wytheville from April to December 1912.  The prosecution’s strategy was to prove the courthouse shooting was a premeditated conspiracy in order to make each defendant equally liable for the murders.  On 18 May 1912, Floyd Allen was found guilty of the first degree murder of Commonwealth’s Attorney Foster.  The prosecution’s strategy failed in the trial of Claude Allen.  He was convicted of the second degree murder of Judge Thornton Massie because the prosecution failed to prove a conspiracy.  Claude Allen then was tried twice for the murder of Foster.  The first trial resulted in a hung jury.  In the second trial, Allen was convicted of first degree murder.  Floyd and Claude Allen were sentenced to die in the electric chair at the Virginia Penitentiary on 22 November 1912. 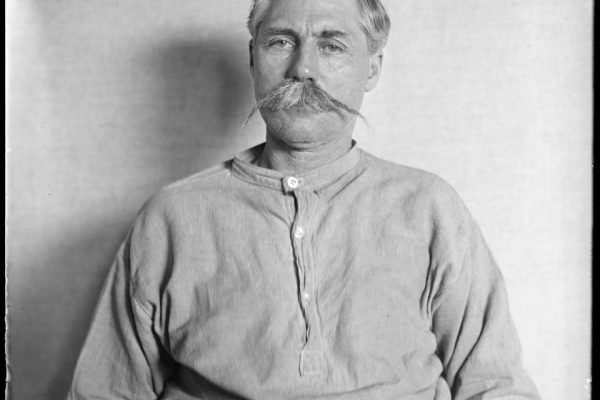 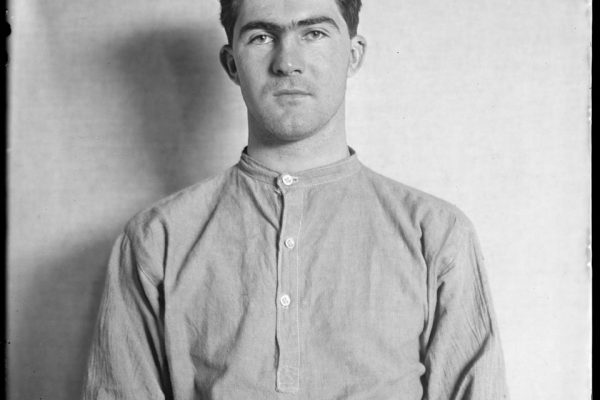 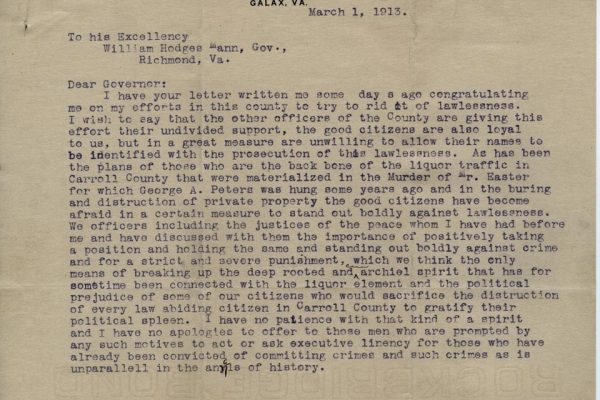 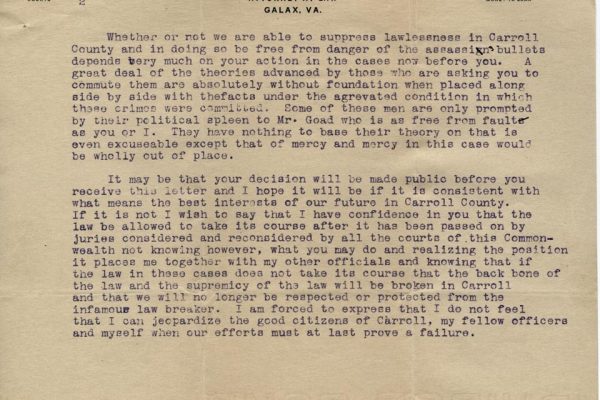 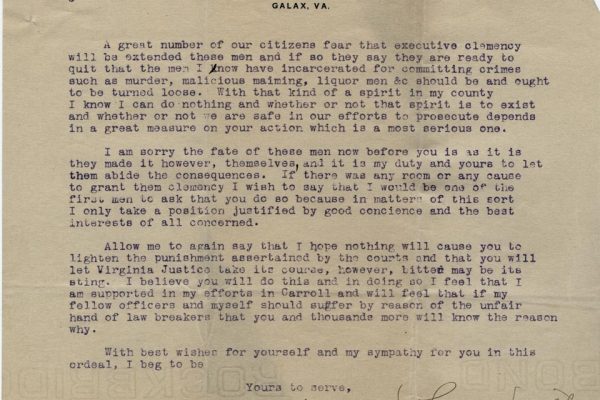 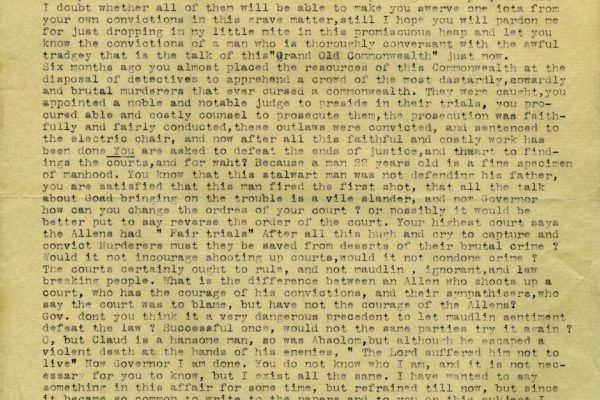 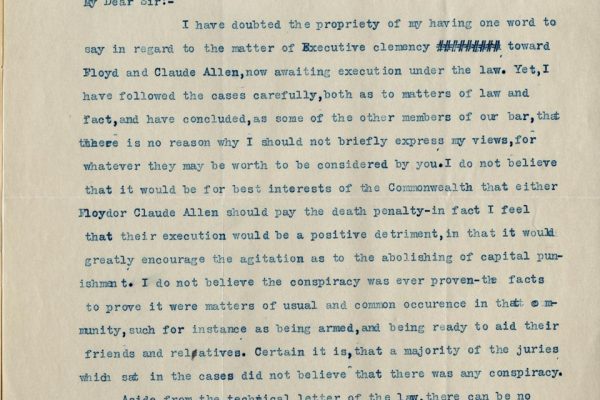 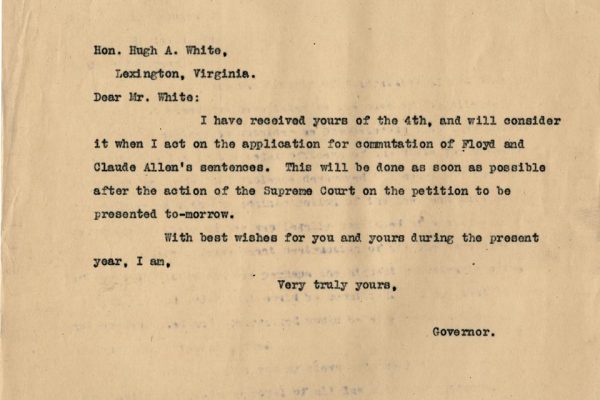 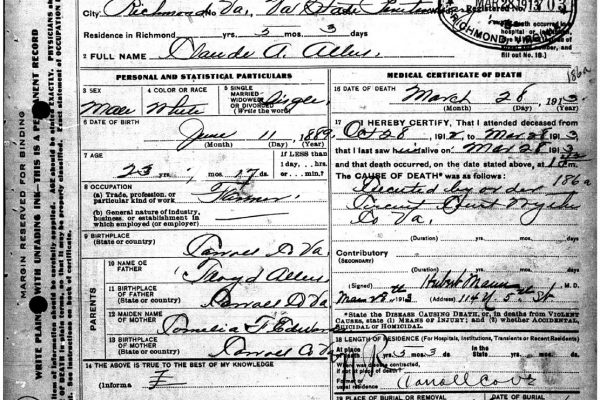 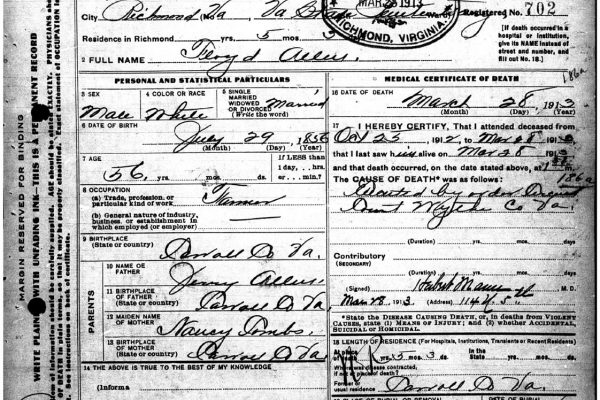 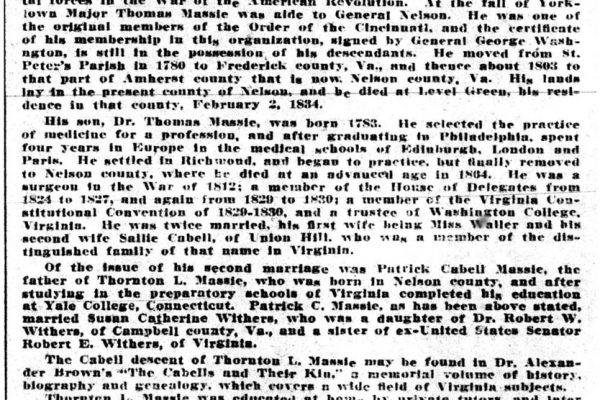 The execution did not happen in November.  In order to allow the Allens time to appeal their sentences, Governor William Hodges Mann stayed the executions four times between November 1912 and March 1913.  Their appeals were twice rejected by the Virginia Supreme Court of Appeals.  The United States Supreme Court declined to intervene.  With their appeals exhausted, Governor Mann set the executions for 28 March 1913.  During the four months of appeals, Mann received letters and petitions urging the governor to grant clemency to the Allens.  Mann refused.  That didn’t stop the Allens lawyers.  On 27 March 1913, with Governor Mann out of state, they suggested to Lt. Governor J. Taylor Ellyson that he had the authority to grant clemency in Mann’s absence.  Virginia Attorney General Samuel Williams, questioned by Ellyson on the constitutionality of this issue, ruled that the Lt. Governor had no power to act during a temporary absence of the governor.  Mann learned of Ellyson’s query to the Attorney General and quickly returned to Virginia to ensure the executions were carried out.

Floyd Allen died in the electric chair at 1:31 pm on 28 March 1913.  Claude was executed eleven minutes later.  The events of 14 March 1912 have been the subject of numerous books and articles with many of the facts of the case disputed (for example, who shot first).  Often lost in the details of the case are those who died as a result of the shootout.  Last night, the Carroll County Historical Society, as part of a Centennial Symposium, held a memorial service to remember the victims:  Judge Thornton Massie, Commonwealth’s Attorney William Foster, Sheriff Lewis Webb, juror Augustus Fowler and trial witness Elizabeth (Bettie) Ayers.  Today, the Society is conducting grave site wreath-laying ceremonies for the five.

Entries in the Dictionary of Virginia Biography related to courthouse shooting