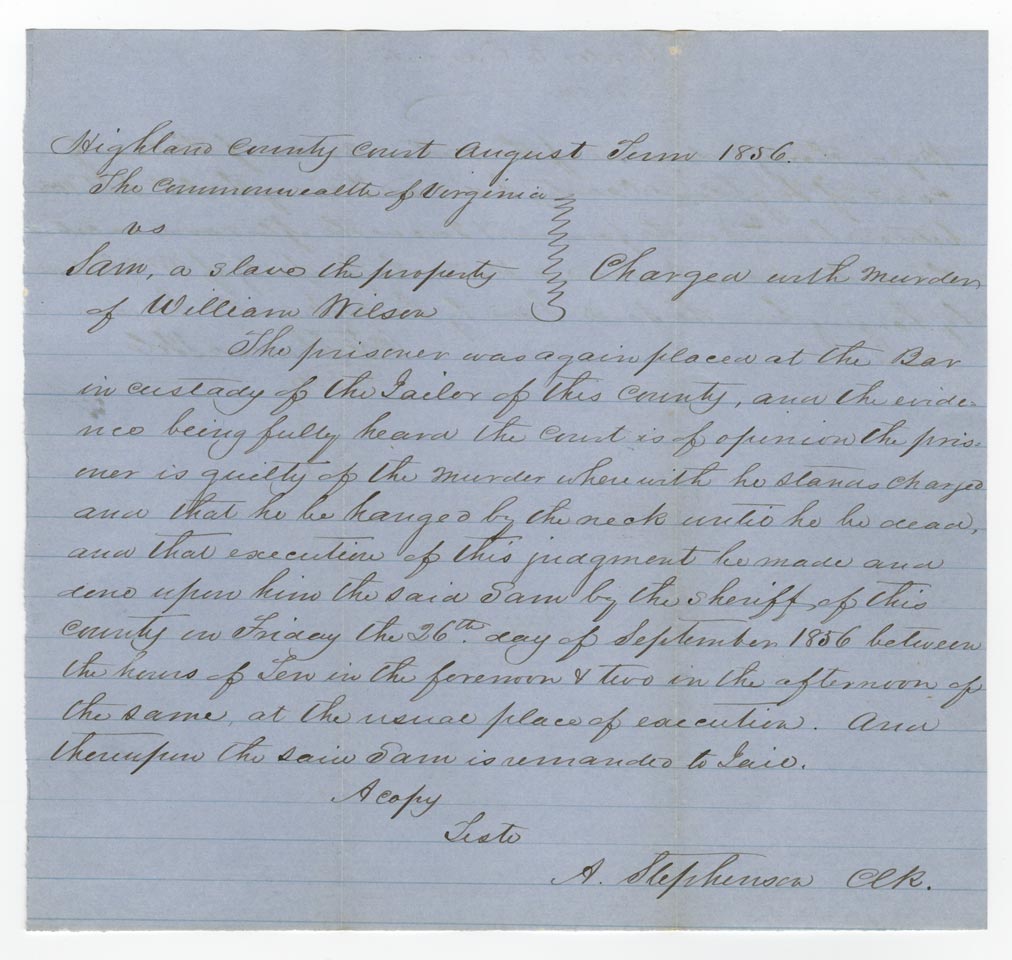 Order finding Sam, a slave, guilty of the murder of Francis Sheridan and sentencing him to be hanged by the neck until he be dead

A document entitled “Evidence in Support of Prosecution” offers a wealth of information.  Notes from the coroner’s inquest give revealing physical facts about Francis Sheridan.  He was described as a small man about the age of 21 or 22 years whose body displayed visible signs of trauma due to strangulation.  The report reveals that the body was found lying face down in a drain twenty or thirty feet away from the public road and gives a detailed forensic account of Sheridan’s bedroom, where the murder actually took place.

Francis Sheridan was noted around town for getting drunk and becoming quite belligerent, making verbal threats to kill his wife and step-daughter with a “pistol and a gun.” He often lamented the fact that he had gotten married and said his married life had been the worst six months of his life. Statements also suggest that Sheridan was not the most honest businessman in town.

Several people felt they were treated unfairly by him and had ample motive to see Sheridan leave the earth quickly and violently. There are also accounts of Mary Ann telling people in town she wished someone would kill Sheridan, stating that “she would pay to have him killed or if she was a man she would kill him herself.”

A multitude of scenarios and implications concerning the murder abound within the records.  The predominant theory was that Elizabeth Sheridan and her daughter, along with Sam’s wife, Ellen, plotted to kill Sheridan and convinced Sam to carry out the deed. There is testimony that the three ladies were witnessed having a loud, quarrelsome conversation with Sam prior to Sheridan’s death and that at one point Ellen beat Sam with her fist and Mary Ann “cracked her fist together” toward Sam. Sam was supposedly madly in love with Elizabeth and desirous that no harm would come to her or her children, especially Mary Ann. Sam is quoted as saying that he loved Mrs. Sheridan “more than any woman on the face of the earth – that he would do more for her, risk his life further, than for anyone else – that he had been sleeping with her for more than twelve months whenever he pleased, that she was to continue to hire his wife [Ellen] as long as she was for hire and he was to continue to sleep with her [Mrs. Sheridan] whenever he pleased.” 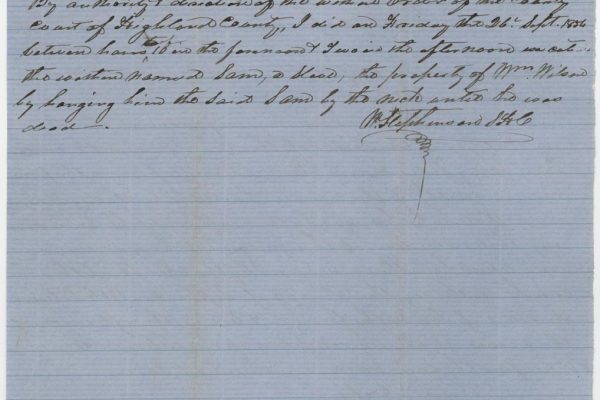 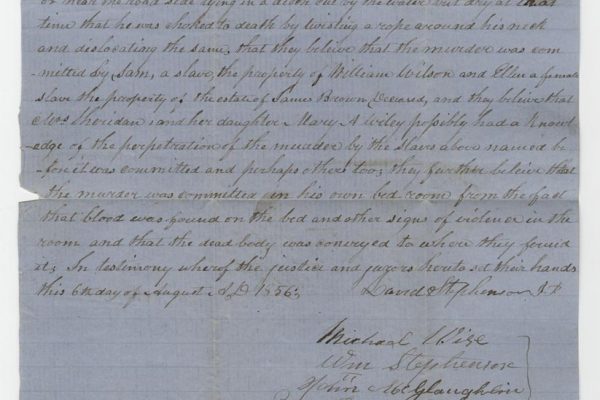 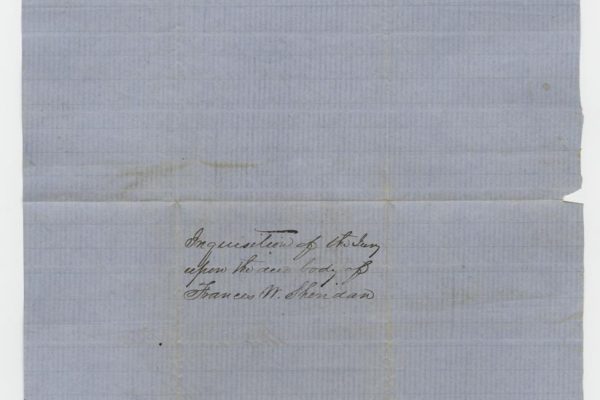 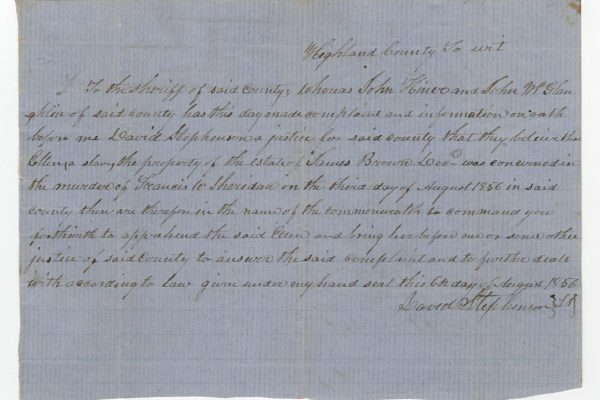 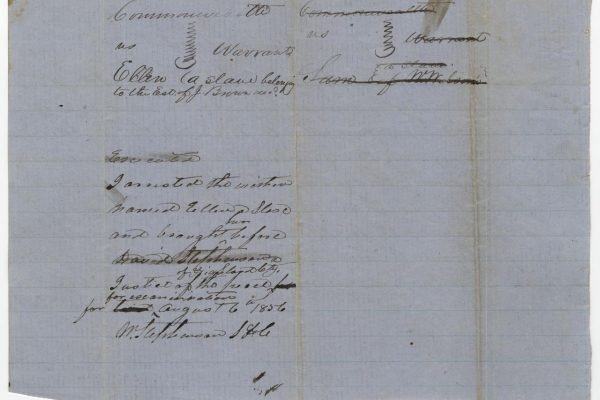 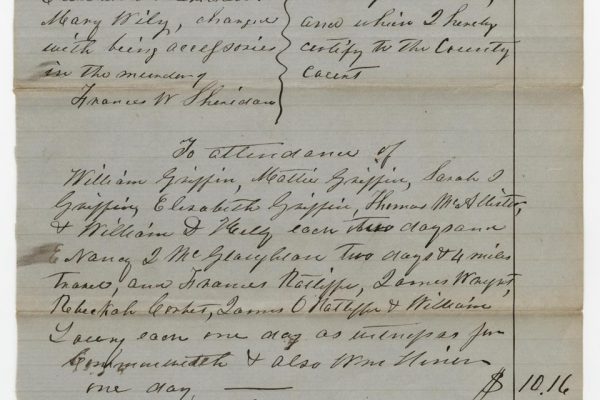 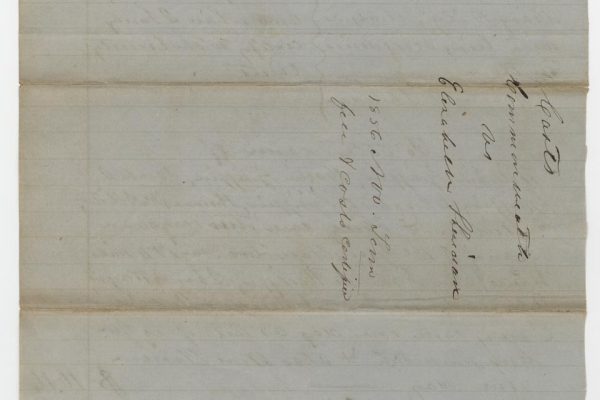 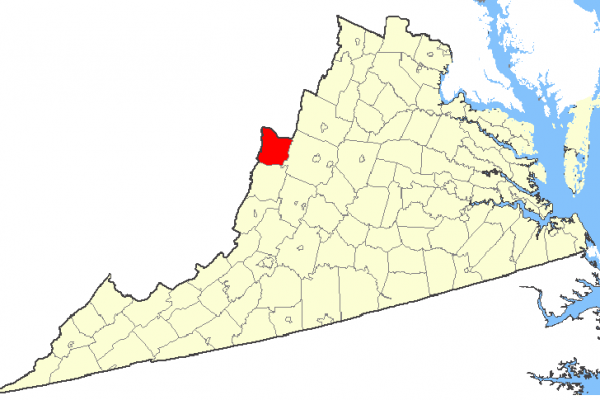 While the true nature of the personal relationship between Elizabeth Sheridan and Sam remains unclear, Sam acknowledged that he was in a “bad fix.”  He confessed his guilt to the justice of the peace, claiming that he had been promised a hundred dollars from both Mrs. Sheridan and Mary Ann if he committed the murder. Sam claimed that Francis Sheridan was drunk on the day of his death and that he, Sam, was “drinking himself or he could not have done the deed.” Sam claimed to love the man as well as if he had been his own brother and “if he had opened his eyes he could not have killed him.”

Other theories tried to pass off the murder as a suicide. Sheridan was noted as being “smartly intoxicated” on the day of his death and Elizabeth and Mary Ann started telling people that Francis may have wanted to commit suicide because he appeared to be in a bad state. Mrs. Sheridan stated that when he came home that morning “if she had been standing up she would have sunk down, his looks was so dark and terrible.”

Ultimately, Sam was found guilty of the murder and sentenced to be “hanged by the neck until he be dead” and he was, on Friday, 26 September 1856. But despite Sam’s execution, the county did not stop investigating the murder of Francis Sheridan.  The investigation continued through November 1856 with the prosecution of Elizabeth Sheridan and Mary Ann Wily as accessories to murder. The lone document in the case states it is seeking costs incurred by the prosecution in the pursuit of the charges and lists witnesses and monies paid to them by the county. As there are no other documents concerning this particular court action, we will never know if Sam acted alone or if he was just a tool wielded by Mrs. Sheridan in an attempt to rid herself of an unwanted husband.