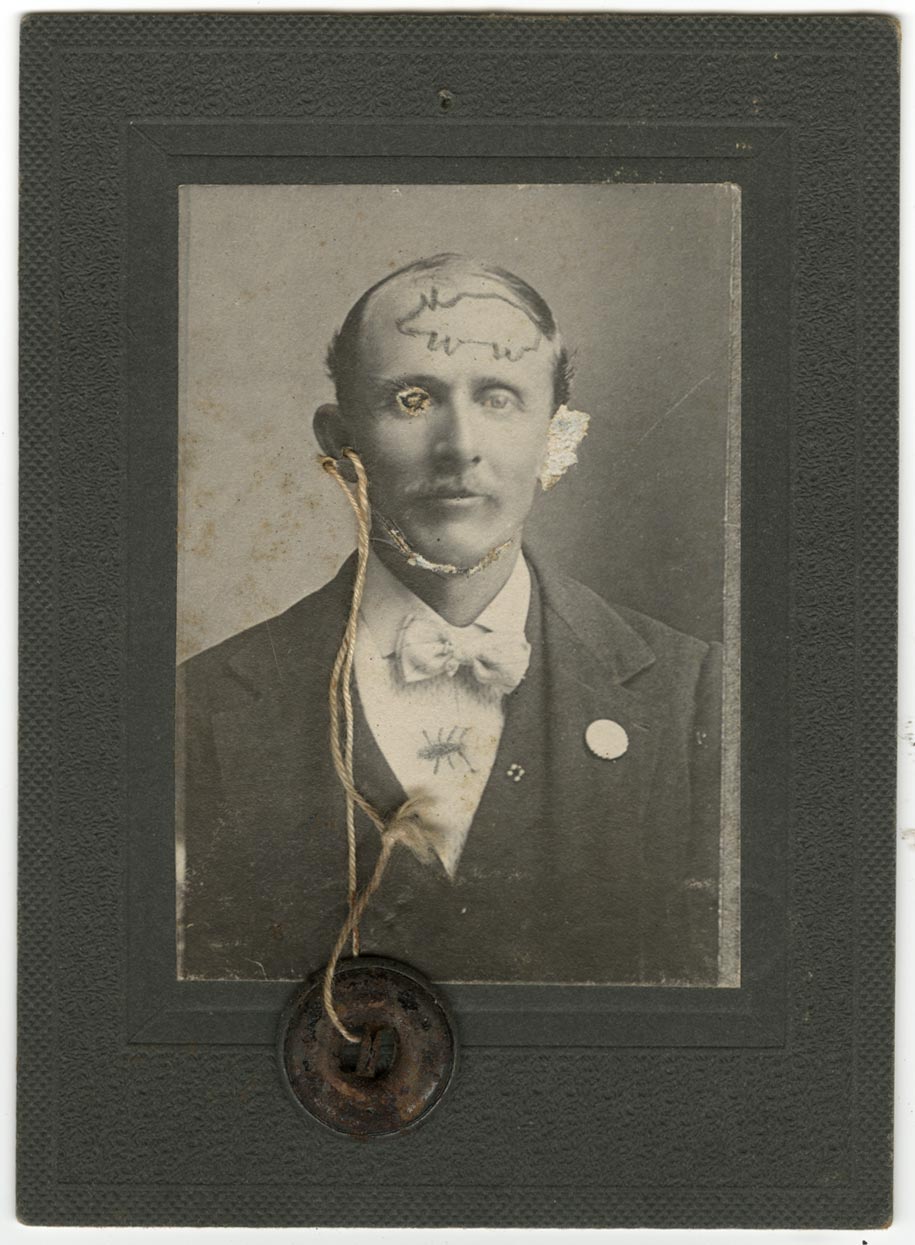 Mary E. Neff opened an envelope to find a defaced photograph of her estranged husband, William E. Neff, with an eye gouged out, an ear scratched off, a rodent scrawled on his forehead, and a button attached to his ear dangling from a piece of string.  The couple were in the midst of a divorce, and Mary, assuming that William had sent it, wrote to him that the purpose of the photo “is dark and mysterious to me, and I am at a loss to know the meaning, whether it is jest, insult, ridicule, or what.”

William E. Neff and Mary E. Munsey were married on 13 April 1899 and lived together as man and wife for a mere four months. By 1902, William was seeking a divorce on grounds of desertion, but it was unclear who deserted whom. William claimed that Mary refused to return home with him after a visit to her parents’ home on the evening of 13 August 1899.  Mary argued that William would not agree to treat her right and just up and abandoned her.

In an attempt to make some sense out of their accusations neighbors and family members were deposed. Mary was accused of shouting that she “did not intend to raise any kids by the baldhead scoundrel” as she strode about a neighbor’s house brandishing a yardstick. Mary also fired a double barrel shotgun outside of her husband’s home because, as a family member described it, “she was mad and mean.” William faced his own share of violent accusations. Mary accused him of “slapping her jaws,” and a second cousin was questioned about William killing a dog in a potato patch. William’s attorney objected to that particular line of questioning claiming that “the killing of a dog in a potato patch is not made an issue in the pleadings, nor is there any evidence that Mr. Neff ever at any time or at any place killed a dog in a potato patch, bean patch, front yard, or anywhere else.” 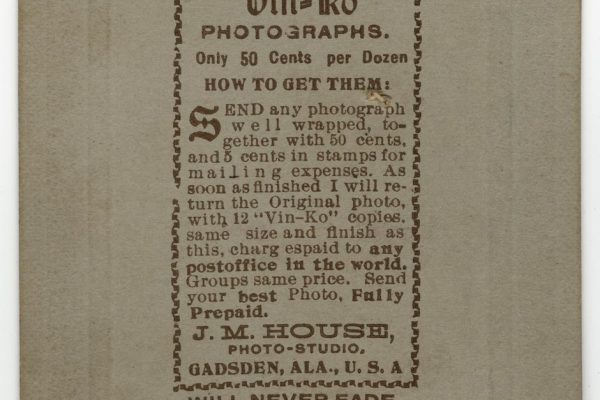 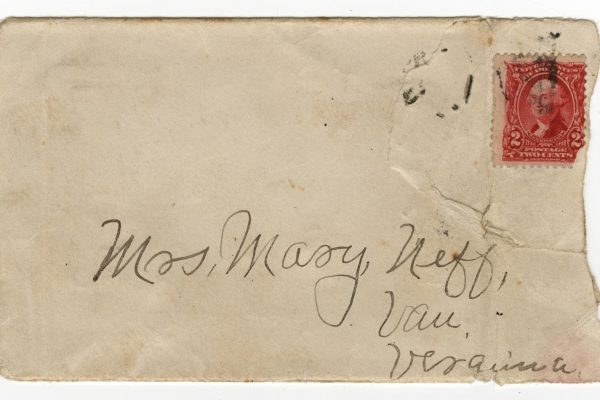 In November 1902, William made what appeared to be attempts to reconcile with his wife.  However, Mary suspected that he was actually building evidence to support his case by sending her a series of letters backing up the idea that she was the one doing the deserting. In a letter dated 27 November 1902, William lamented that “you are the only woman I love, and that love for you has become a part of my very nature.” Mary became even more suspicious of his overtures when the mutilated photograph arrived. William claimed to have no knowledge of the photograph or its sender. Ultimately the two couldn’t come to terms and a divorce was granted to them in 1904 with Mary receiving a temporary alimony of $100.

The chancery cause, William E. Neff vs. Mary E. Neff, 1904, is part of the Lee County Chancery Collection and is currently closed for processing.