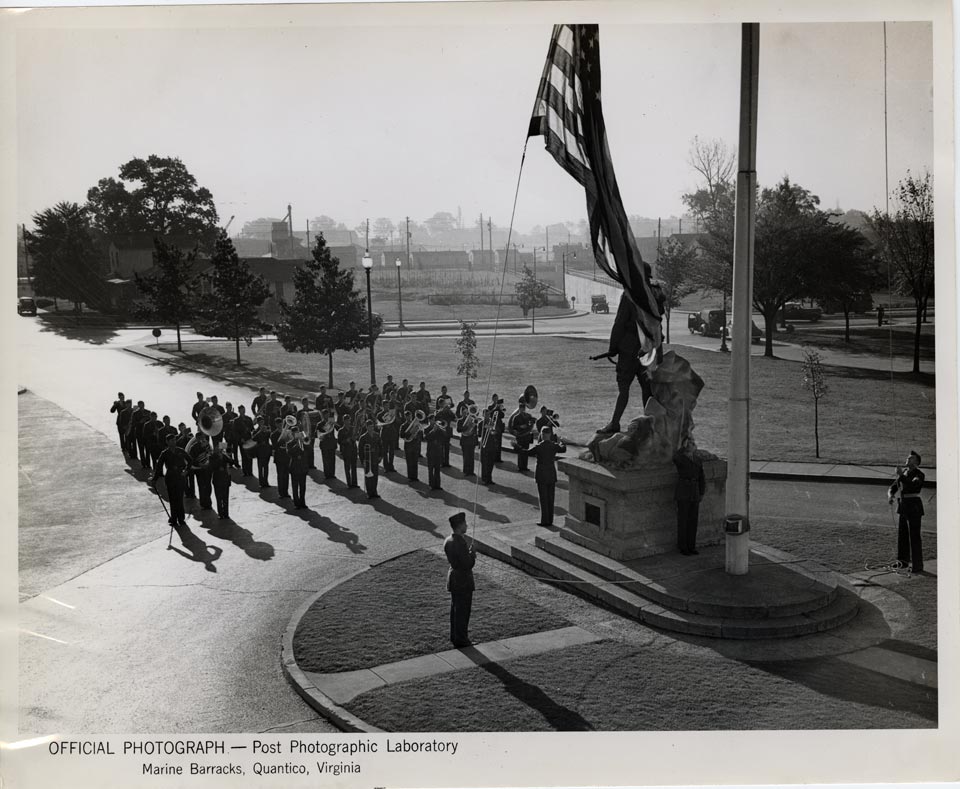 Reason to Believe: Quantico and the Evacuation of Stafford County

On 5 October 1942, the United States District Court in Norfolk, at the request of the Navy, condemned 50,000 acres of land in Fauquier, Prince William and Stafford counties in order to enlarge the Marine base at Quantico.  Two days later 650 families learned that they would have to vacate their property within 20 to 60 days!  I learned of this story when I processed the records of the Virginia Department of Conservation and Development, Division of History.

In September 1942, the Virginia Conservation Commission’s Division of History and Archaeology, under the direction of Dr. Hamilton J. Eckenrode, began a war records collection program.

Unable to continue the Division of History’s historical marker program because of wartime rationing, Eckenrode sought to “record the history of the Old Dominion’s war effort while the history is still fresh in the making, rather than wait until after the war when the events and details would be more obscured.” The Conservation Commission began a correspondence program in which a non-salaried correspondent from each locality sent reports about local war activities and local effects of and reactions to the war.

In March 1943, Mrs. Mary B. Thompson of Stafford County submitted to the Commission the “Story of Stafford Evacuation” by Elizabeth Russell Powers.  Approximately 350 families lived in the 30,000 acres of condemned land in Stafford County.  Powers described the difficulties the families faced moving:  locating a new home, packing belongings, a shortage of trucks, and muddy and washed out roads.  Powers also addressed the “fine spirit” of the people forced to leave their homes.  Their spirit “has suffered, and they feel for good and sufficient reasons” – the short moving time fram, lack of assistance from the Marine Corps, and lack of payment by the United States government for their property.  “Though I sympathize with the men and women who feel they have been unfairly treated,” Powers concluded, “I believe they will live to realize an economic and social benefit.”  A contemporary newspaper account seem to support Powers’ assertion.  A story in the 8 October 1942 issue of the Washington Post quoted Robert Guy, a life-long resident of Stafford:  “We’re blessed here,” he told his sister.  “Why shucks, over across the water, they’re killing men and women and little children every day and bombing their homes.  All we have to do is move out.  We’ll still have our families.” 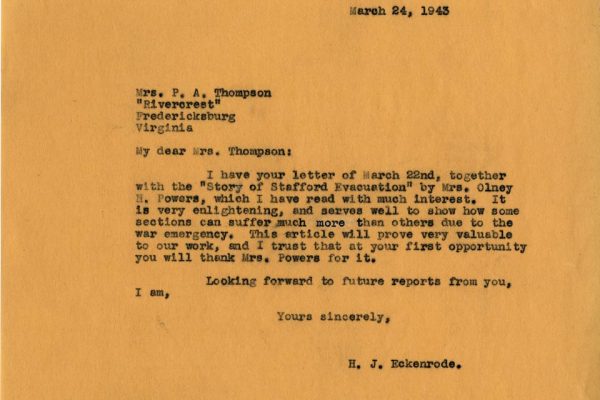 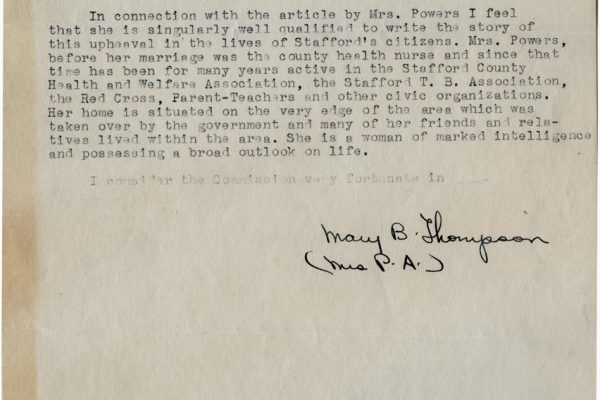 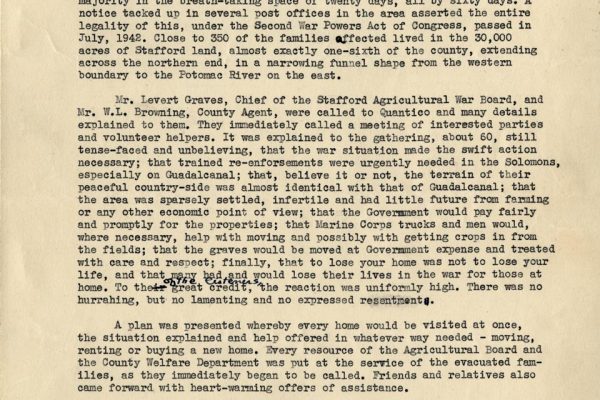 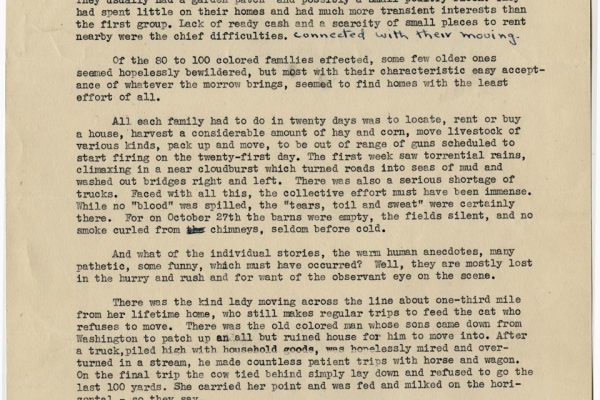 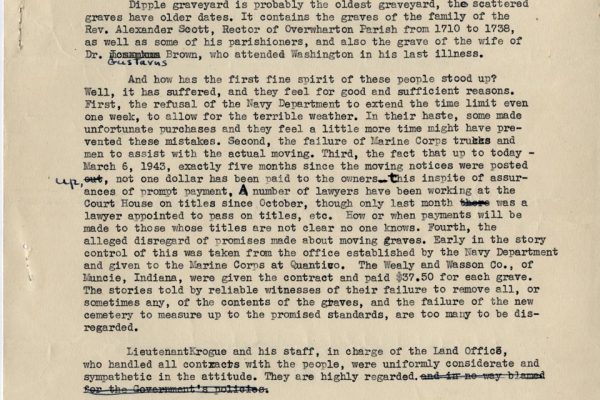 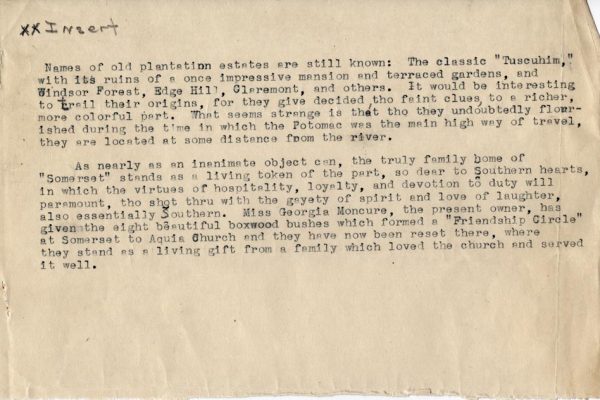 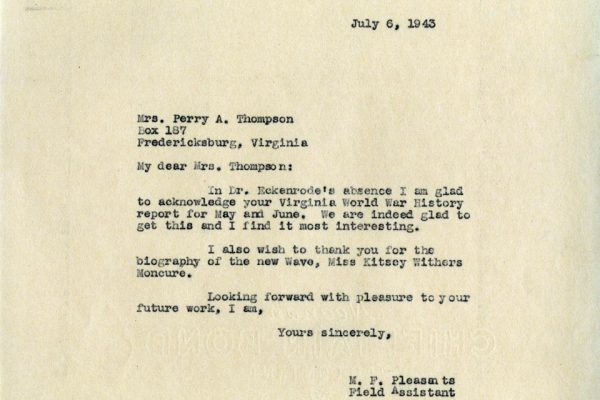 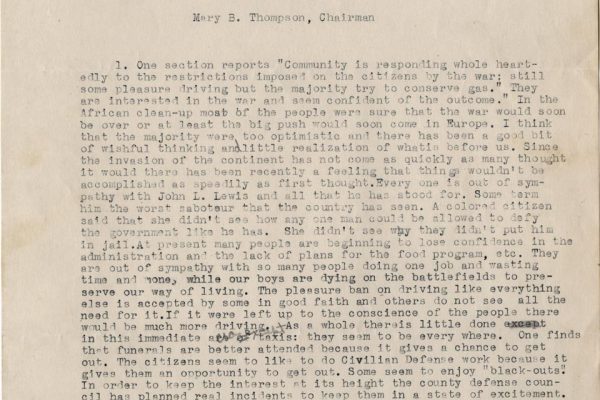 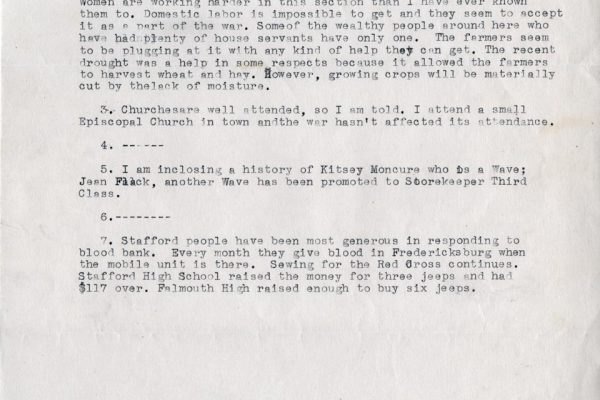 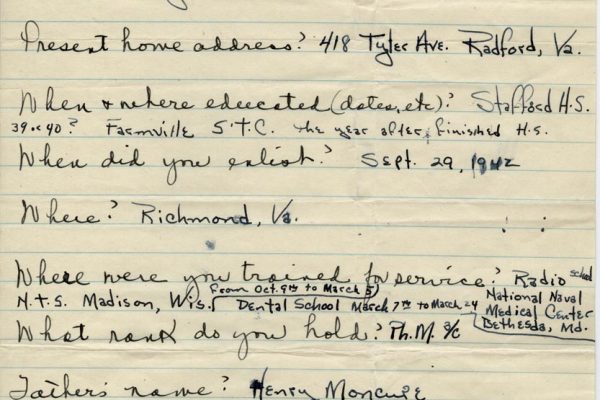 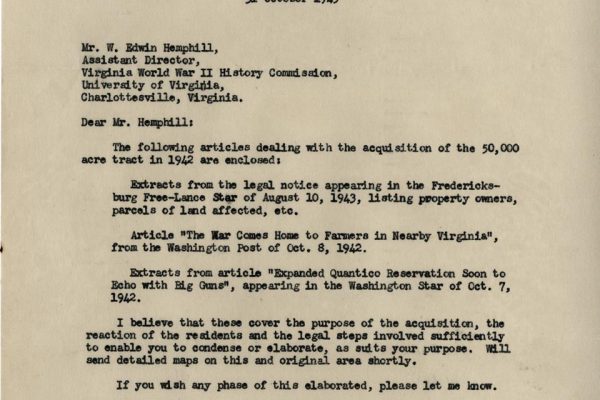 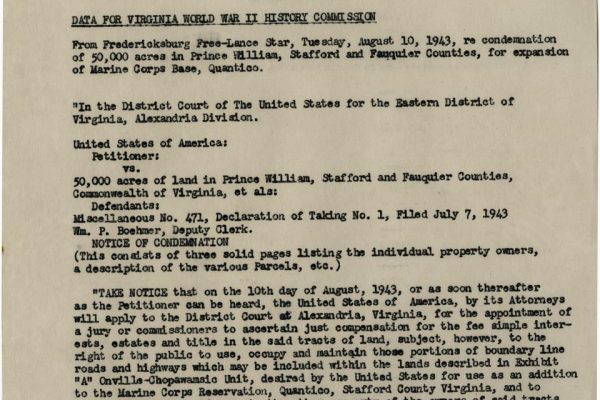 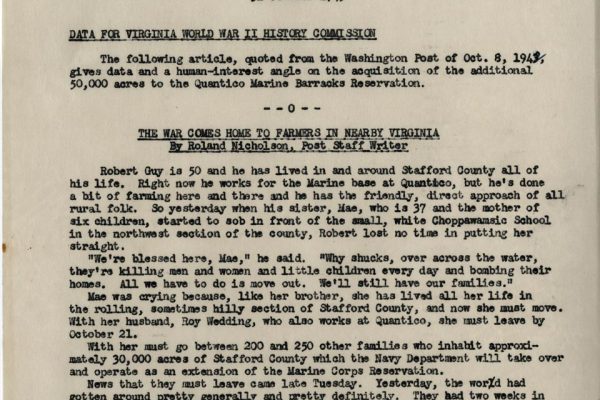 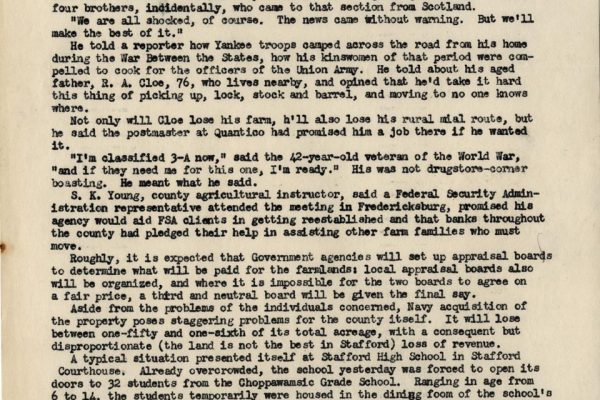 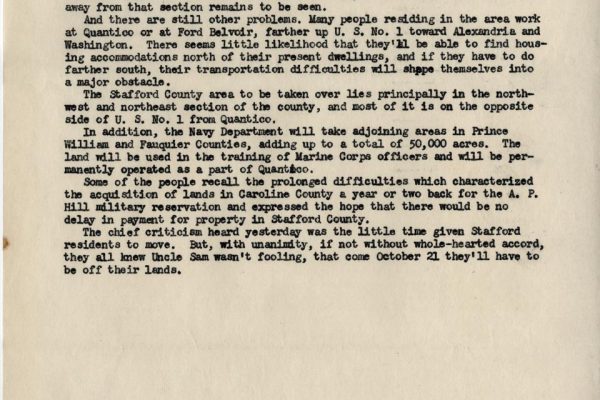 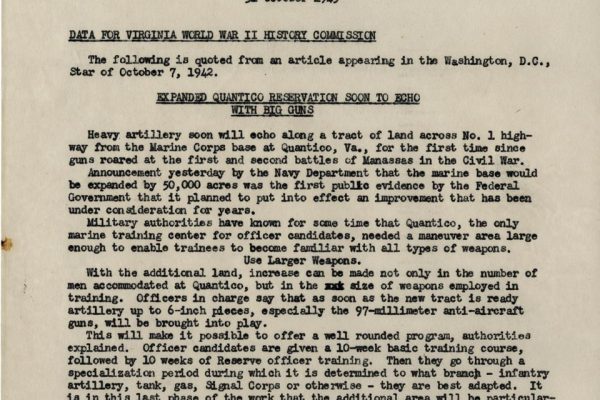 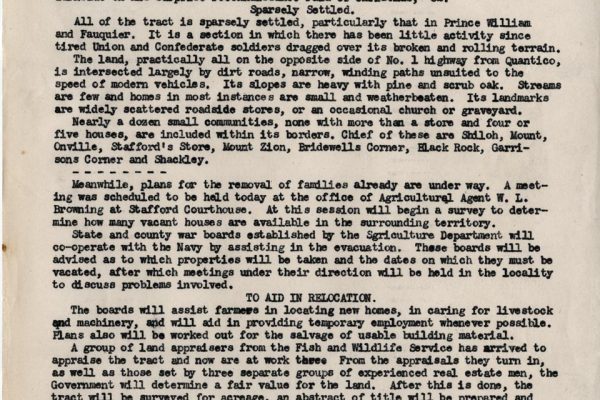 While families were forced to move on short notice, they did not receive payment for their land for months and in some cases years.  The Richmond Times-Dispatch reported on 29 October 1943 that title to only a third of the condemned land had been deeded to the United States government.  For those owners still awaiting payment, Fauquier, Prince William and Stafford counties added insult to injury:  the owners had to pay property tax on land that they no longer possessed.  A.B. Cloe, deputy treasurer of Stafford County, explained that while the Navy took possession of all properties by December 1942, the property taxes were only shifted to the purchaser when legal title had been transferred and recorded in the county clerk’s office.  “When the government took over the land last year [1942],” Cloe said, “I don’t know of a single person who minded paying up taxes through December, even though many had to get out of their homes a month before the end of the year.  However, it is hard for them to understand why they must pay this year’s taxes [1943] when the government has had possession, and use of their land.”  By 1944, the Navy had title to nearly 70% of the condemned land.  In 1945 the United States government surplused some property obtained for military use during the war – but they kept the 50,000 acres for Quantico.

The records of the Virginia Department of Conservation and Development, Division of History are open for research at the Library of Virginia.