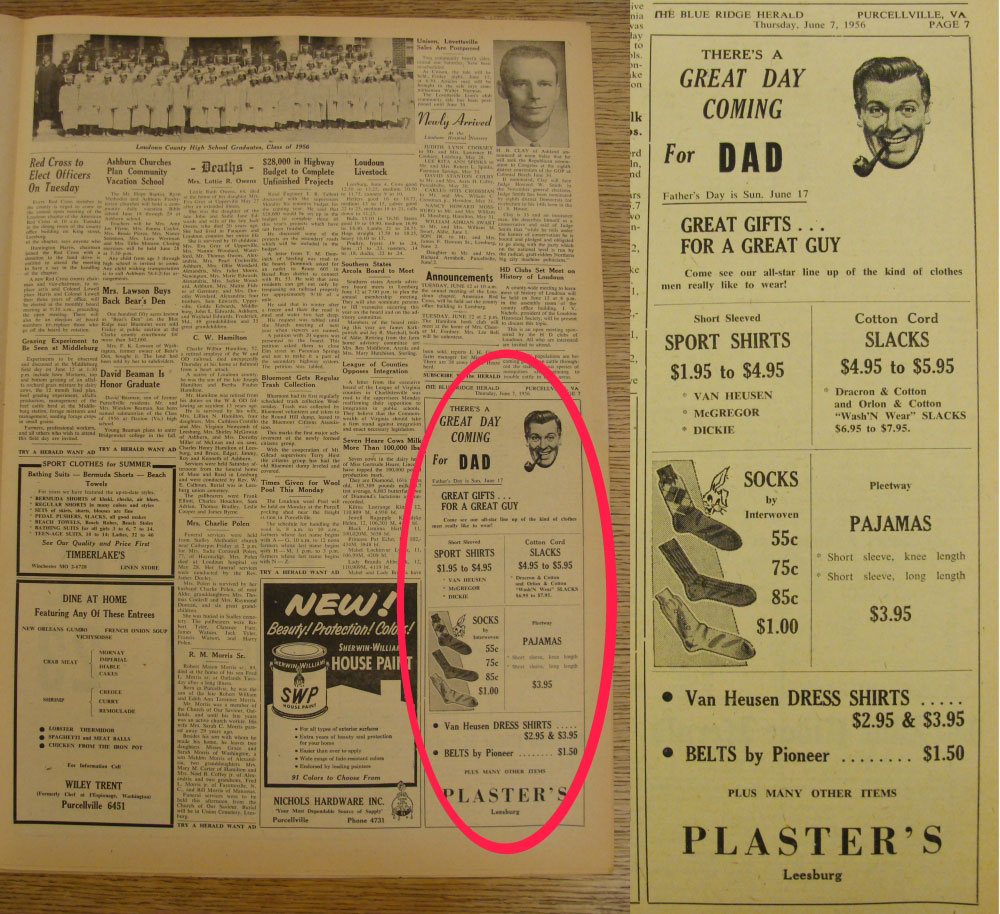 Sometimes while I’m preparing newspapers for microfilming, I come across interesting images, often I’ll take a photo on my phone and upload it to Facebook to share with my friends.

The Dobbs head was immediately recognizable in this advertisement for a department store in Leesburg, Virginia. This is believed to be the earliest known reference to date.

I did this a couple of weeks ago and received an amazing response to a series of photos I posted from The Blue Ridge Herald from June 1956.  I have been aware of the Church of the SubGenius since the late 1980′s.  During high school, a friend’s older brother had purchased a copy of The Book of the SubGenius : The Sacred Teachings of J.R. “Bob” Dobbs, so I checked it out.  Wikipedia identifies the Church of the SubGenius as “a ‘parody religion’ organization that satirizes religion, conspiracy theories, unidentified flying objects, and popular culture.” 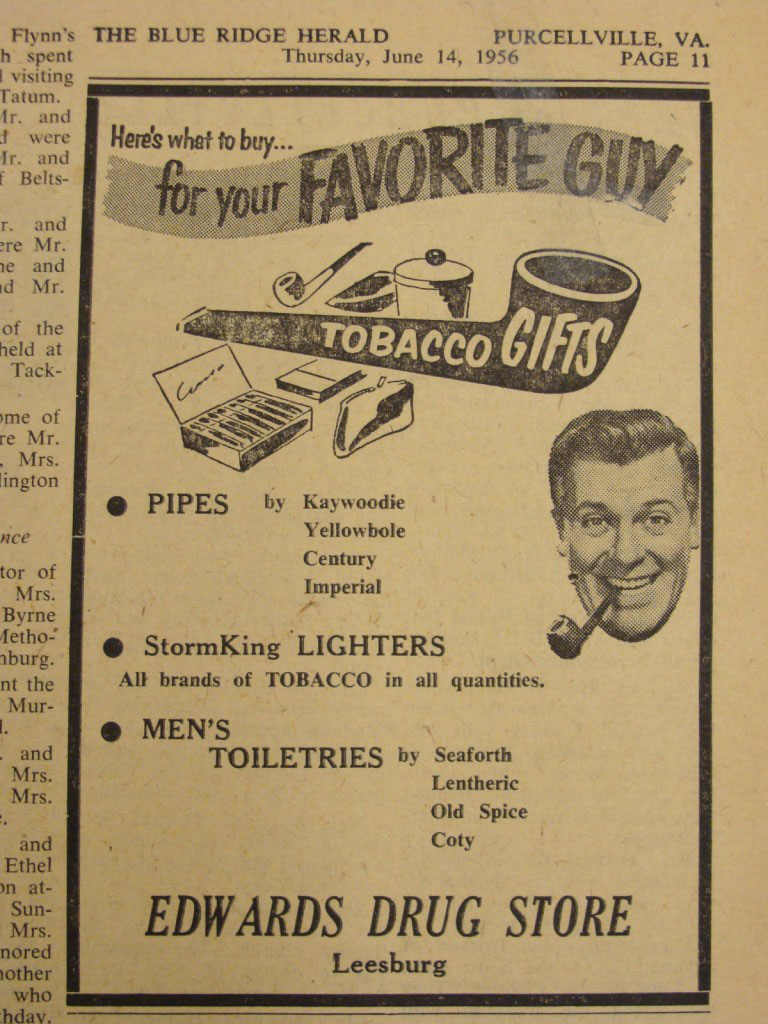 Two days after my initial posts I started receiving many comments and “likes” from strangers who are affiliated with the Church.  The three photos were shared a total of 78 times in a period of just a few days.  Reactions ranged from incredulity to claims of “Without a doubt, this is the most significant discovery of the age.” and “A truly earth shattering discovery!”  Naysayers left comments such as “Hmmm…no dimple on the chin. I call FALSE BOB! CAST HM OUT!”, “That is not ‘Bob’ — it’s a False Bob. Do not be fooled by cheap imitations”, “The shadows are ALL WRONG. The shadows from his nose and cheeks point downwards at a 45 degree angle to the left (DOWN AND TO THE LEFT, DOWN AND TO THE LEFT), but the shadow of his PIPE go down at a 45 degree angle to the RIGHT.  It’s LEE HARVEY OSWALD all over again”, and “Note the strange roundness of the pipe.”

Ivan Stang, co-founder of the group and author of the book mentioned above, left a couple of encouraging comments on the photos.  ”Actually I suspect that this is a photo that predates the halftone drawing that became our trademark — taken back when Dobbs was a model, before he became so Slack-imbued that his presenced fogged film. This is a truly a precious artifact…” He also wrote, “This appears to be an even EARLIER version of the Grail — predating the Drummondian Virgin Halftone Dobbshead! COMPLETELY NEW TO ME and I’ve been seeing variations for 33 years –” 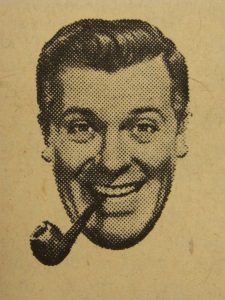 The real-life origin of the SubGenius logo?