”“In the time worn and musty old folios long since filed away in our public offices, there is many a fact recorded that has occured [sic] under the personal observation of no one now living; and which if placed within the reach of the public, would go farther to give us a knowledge of the manners, customs, and character of the pioneers of Augusta County than all the histories that have been written on our native state.”

These words were written by a young lawyer who was researching court records filed in the Augusta County courthouse in the early 1830’s. He was amazed by the amount of history found in the old court papers. He discovered stories about the first settlers of western Virginia and the many obstacles they encountered in their efforts to start a new life in an untamed wilderness. He read about events that happened during the French and Indian War and Revolutionary War. The young lawyer came across suits in which the litigants talked about their migration down the Shenandoah Valley from western Pennsylvania to Kentucky, Tennessee, and Georgia. Mesmerized by what he was reading, the young lawyer wanted to make his discoveries in the court records available to the public, and so, he wrote a letter to the editor of an unidentified newspaper requesting a weekly column in which he would share the history of Augusta County using records found in the courthouse.

The latest digital images of the Augusta County chancery causes now available on the Chancery Records Index cover the years 1747-1818 and include the court records the young lawyer came across 180 years earlier. And just like the young lawyer, the Library of Virginia is placing within the reach of the public the stories of the pioneers of western Virginia. 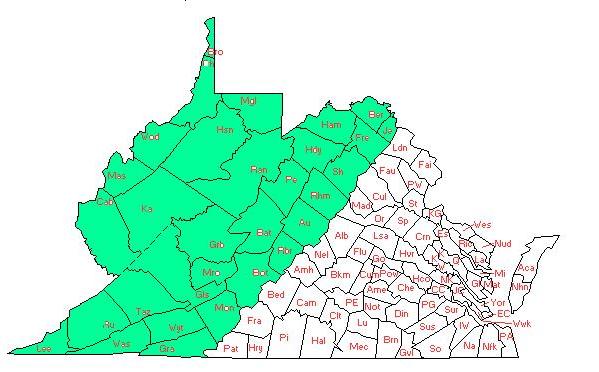 Suits heard in these courts were typically cases appealed from the local courts. A transcript of the suit from the local court was commonly filed with the appeal. Litigants could bypass the local courts and file their suits in the chancery district court directly. The Superior Court of Chancery in Staunton heard on average over a hundred suits per year – 210 in 1811 alone. Of the three original Superior Courts of Chancery – Staunton, Richmond (City), and Williamsburg – only the records of the Staunton district remain.

Chancery causes from the Superior Court of Chancery period are a rich primary source for a variety of historical topics. Many suits document violent encounters between the first settlers and Native Americans, the original inhabitants of the region. In James Maxwell vs. Thomas Pickens, etc., 1810-031, James Maxwell wrote that during his twelve years’ residence in the county he “encountered death in a thousand shapes” and that his family were “almost continually exposed to the cruelty of the merciless Savages” and two of his daughters “fell a sacrifice to their barbarity during his residence” while he was “engaged abroad in defending his country.” 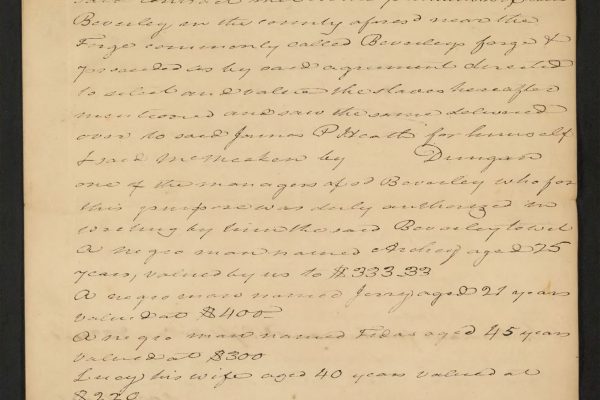 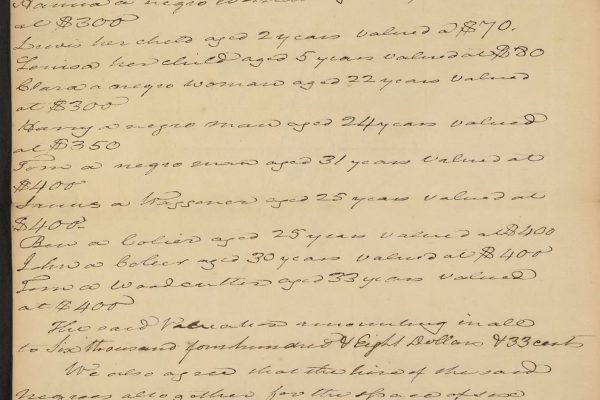 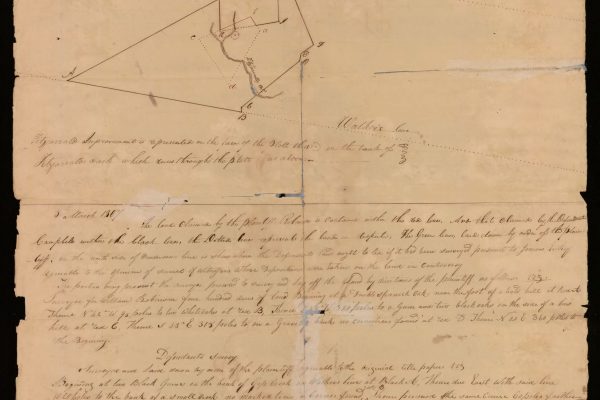 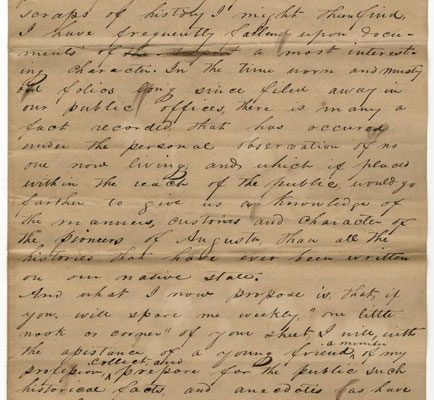 Letter to the editor of an unknown newspaper

There are a multitude of land ownership and boundary disputes that contain exhibits such as deeds, land surveys, and plats. One suit involved the disputed boundary between North Carolina and Virginia and references the Fry-Jefferson survey of the state border. (See Colonel William Robinson vs. Colonel Arthur Campbell, 1807-067, image number 61.) One will also find in these suits the names of African Americans brought to western Virginia as slaves. Chancery cause 1812-042, William McMechen & James P. Heath vs. John H. Hyde etc., involves a dispute over the ownership of a large number of slaves in Rockbridge County. A bill of sale for 31 of the slaves is an exhibit in the suit and lists the names of the slaves, family relationships (husband, wife, children), occupations, and the appraised monetary value of each slave (image numbers 36 and 37). One will also read about women suing to defend their property rights (1805-041, Elizabeth Russell vs. John Doyell etc.), the establishment of schools (1805-090,  Trustees of Washington Academy vs. Robert Gold), and one suit related to an attempt to invent a steam-powered boat (1803-089, James McMeechen vs Exr. of James Rumsey.)

This latest addition of Augusta County chancery causes covering the time period from 1747 through 1818 joins the 1867-1912 causes already available. These cases are representative of the over 10,000 found in the Augusta County Chancery Causes collection that document the rich heritage of Augusta County and western Virginia. This scanning project is funded by the Circuit Court Records Preservation Program and a $150,000 grant from the National Historical Publications and Records Commission (NHPRC).