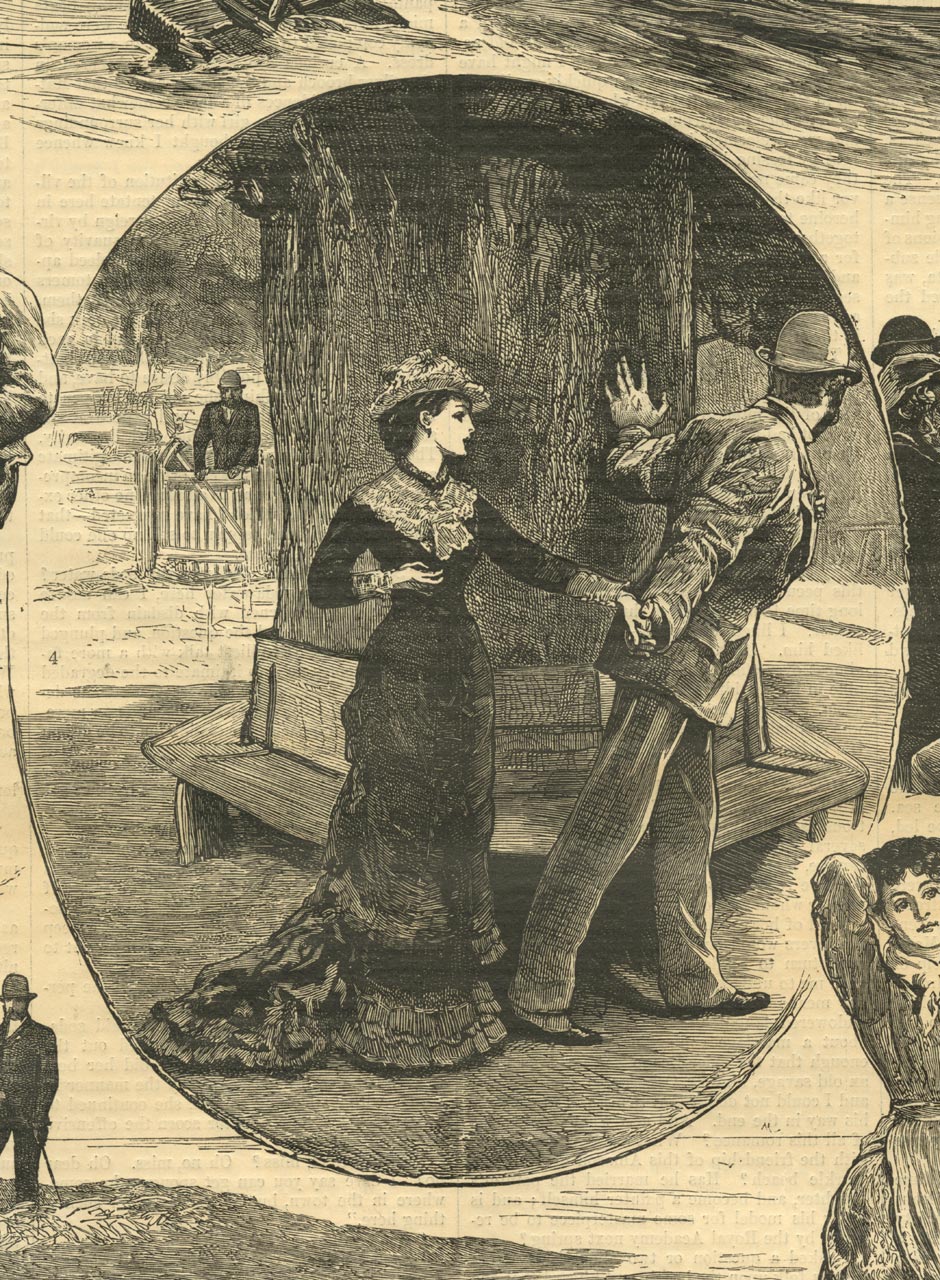 On the night of 4 August 1882, James M. Duesbury heard pistol shots coming from the nearby home of Christopher Goode and ran to see what the matter was. Goode, a resident of Richmond, Virginia, lived at 709 West Marshall behind what is now the Siegel Center near Virginia Commonwealth University. When Duesbury arrived at the home, Goode stated “I have shot a man; here he is lying down on the floor.” When Duesbury asked why he shot him, he answered, “I caught him on top of my wife.” Policeman Lewis Frayser arrived at the scene and found Winston Robinson “lying on the floor with his pants and drawers down to his knees”  and met Mahala Goode, the wife, in a dress that was “very much disarranged” and “bleeding very freely” from the gunshot wounds she accidentally received during the altercation.

In his testimony to police, Christopher Goode stated, “My God Master, I couldn’t help it to save my life, I shot him and couldn’t help it.”  Mr. Goode further elaborated, explaining that he had been “under the porch and heard them hugging and kissing” and heard his wife invite Robinson upstairs, but Robinson declined saying he “didn’t care about going upstairs” because “if the old man came there would be a fight and one or the other would be killed.”  When Goode heard them get up and go into the parlor, “he took his shoes off and raised the basement window and crept very lightly up the steps and found the lamp turned down very low.”  He turned the light on and discovered his wife and Robinson on the floor and that is when he began firing. Robinson and Mahala both jumped up and advanced towards Goode, who continued to fire. Robinson seized Goode around the neck. Goode fired again, this time hitting his target. 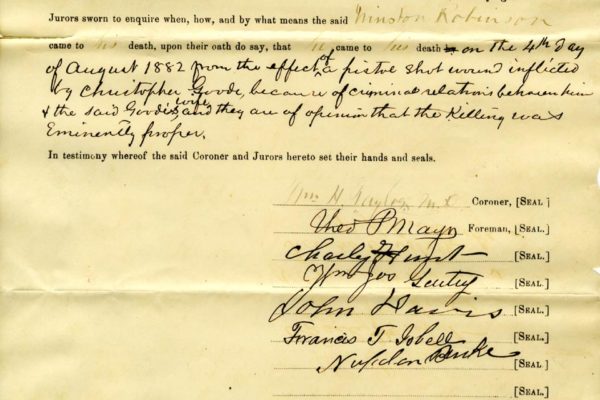 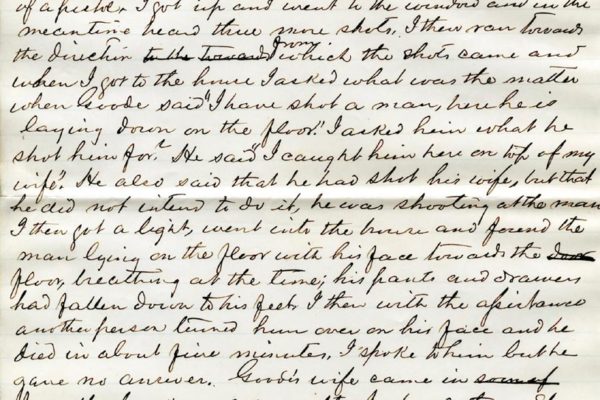 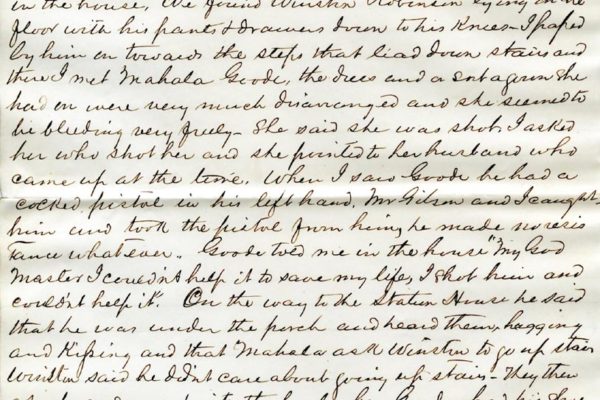 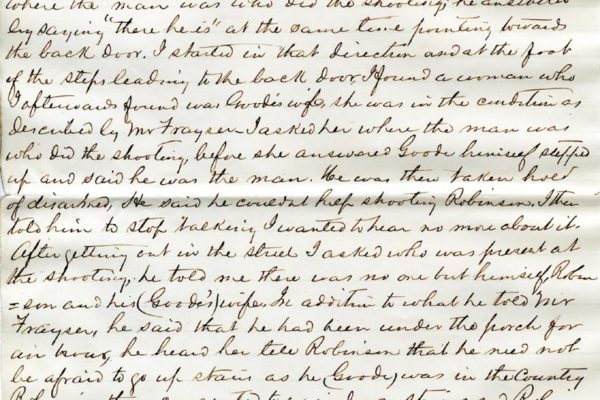 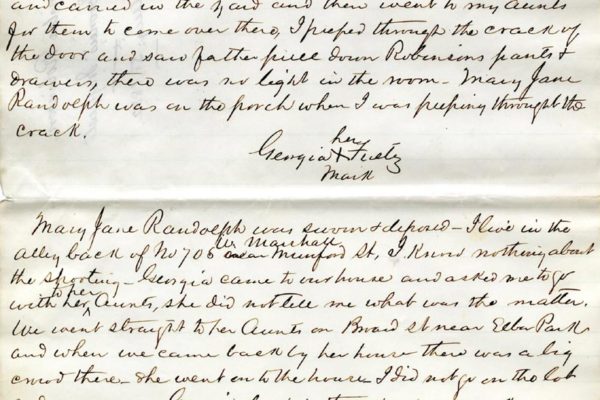 Richmond’s The Daily Dispatch reported the story on 6 August 1882, referring to it as “The Colored Shooting Affair” and describing Christopher Goode as a “quiet, inoffensive man.” We never learn the rest of the story from either newspaper accounts or the 5 August 1882 Richmond (City) Coroner’s Inquisition.  All we know is that the inquisition concluded that Winston Robinson came to his death from the “effect of a pistol shot wound inflicted by Christopher Goode because of criminal relations between him and the said Goode’s wife and they [the jurors] are of the opinion that the killing was eminently proper.”