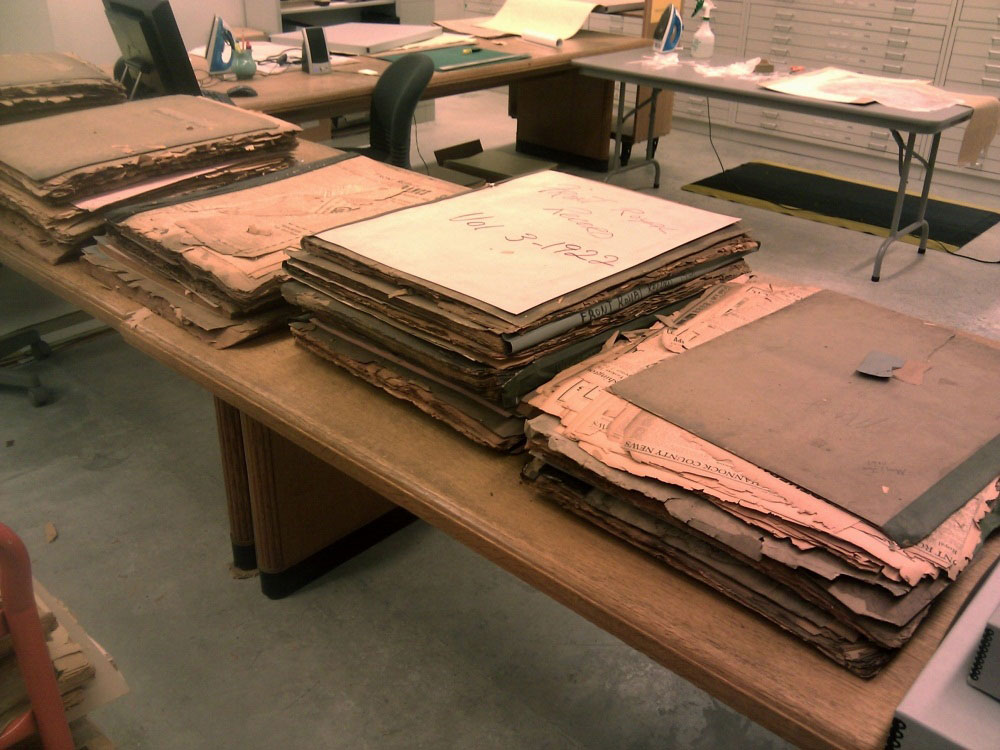 After the passage of 80 years, let’s go ahead and submit that publisher and editor E. E. Keister had a worthwhile idea-the consolidation of his four Northern Virginian newspapers in 1932 to form (why don’t we call it…) the Northern Virginia Daily whose ownership remained in the Keister family all of those 80 years until last February.  Presumably the new owners, Ogden Newspapers of West Virginia, will maintain a self image that boasts at the bottom of their website (nvdaily.com), “Best Small Daily Newspaper in Virginia!”.

The Library of Virginia microfilm holding of the Northern Virginia Daily is strong, in fact almost uninterrupted since its first issue.  Our interest in this blog entry is the happy announcement of a major addition to a rather weak holding, the Project catalog of those four newspapers dissolved back in 1932:  The Strasburg News, Woodstock Times & Edinburg Sentinel of the Shenandoah Valley, the Chief Justice of Marshall in Fauquier County, and Warren County’s Front Royal Record.  Some 50 volumes of these papers were loaned and transported to the LVA last month from the basement of the Northern Virginia Daily’s Strasburg office with the permission (and assistance, for which I was grateful on a hot July day) of the paper’s editor, Michael Gochenour.  Among those volumes were two discoveries not at all anticipated, one of them a newspaper without archive in any institution in Virginia (or elsewhere)-the Middletown Weekly (Clarke County, north of Strasburg) published between 1912 and 1916 (?).  I’ve borrowed that question mark from the Project’s go-to reference of 1936, Virginia Newspapers 1821-1935, compiled by the gray eminence of Virginia newspaper cataloging, Dr. Lester Cappon of UVA.  His description includes those three words we enjoy retiring, “no copy known”.  We now know 24 copies, about six months, from 1912.  Then there was the additional surprise of the Virginian and News of Woodstock, which was folded within the Strasburg News in the 1890’s.  Before this find we could only claim a single issue in the archive.  With this volume we can add 23 copies, once again roughly six months, from 1894.

And I’m pleased to say that due to the extraordinary condition of these newspapers we expect to complete their transfer to microfilm in a jiffy. 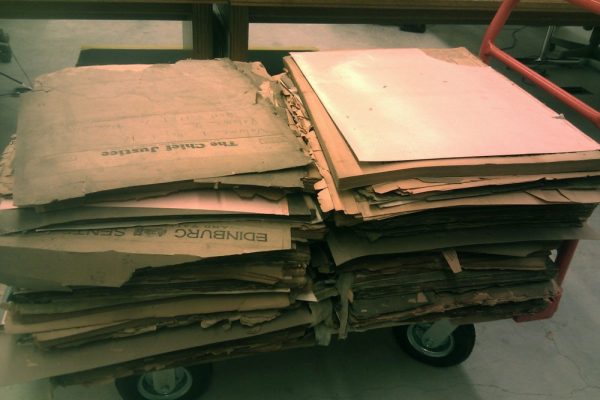 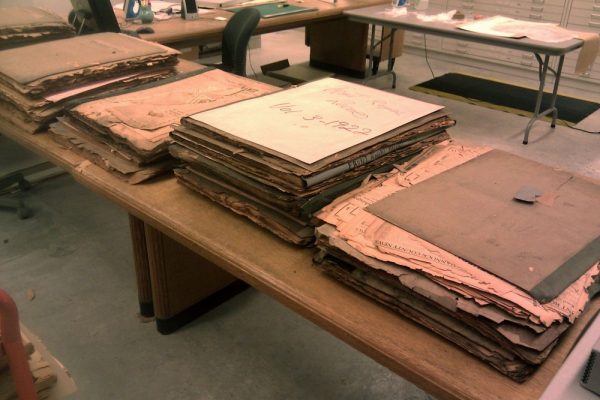 Restoration and general prep for a photo-ready state is still in its early stages.  For example, there are staples (many of them, and rusty, easy to break) that must be removed to allow a flat image minus the distortion of “guttering”, plus a prioritizing of the necessary repairs in this perhaps the most fragile and damage prone period of newspaper publishing.

Watch this space for progress reports.