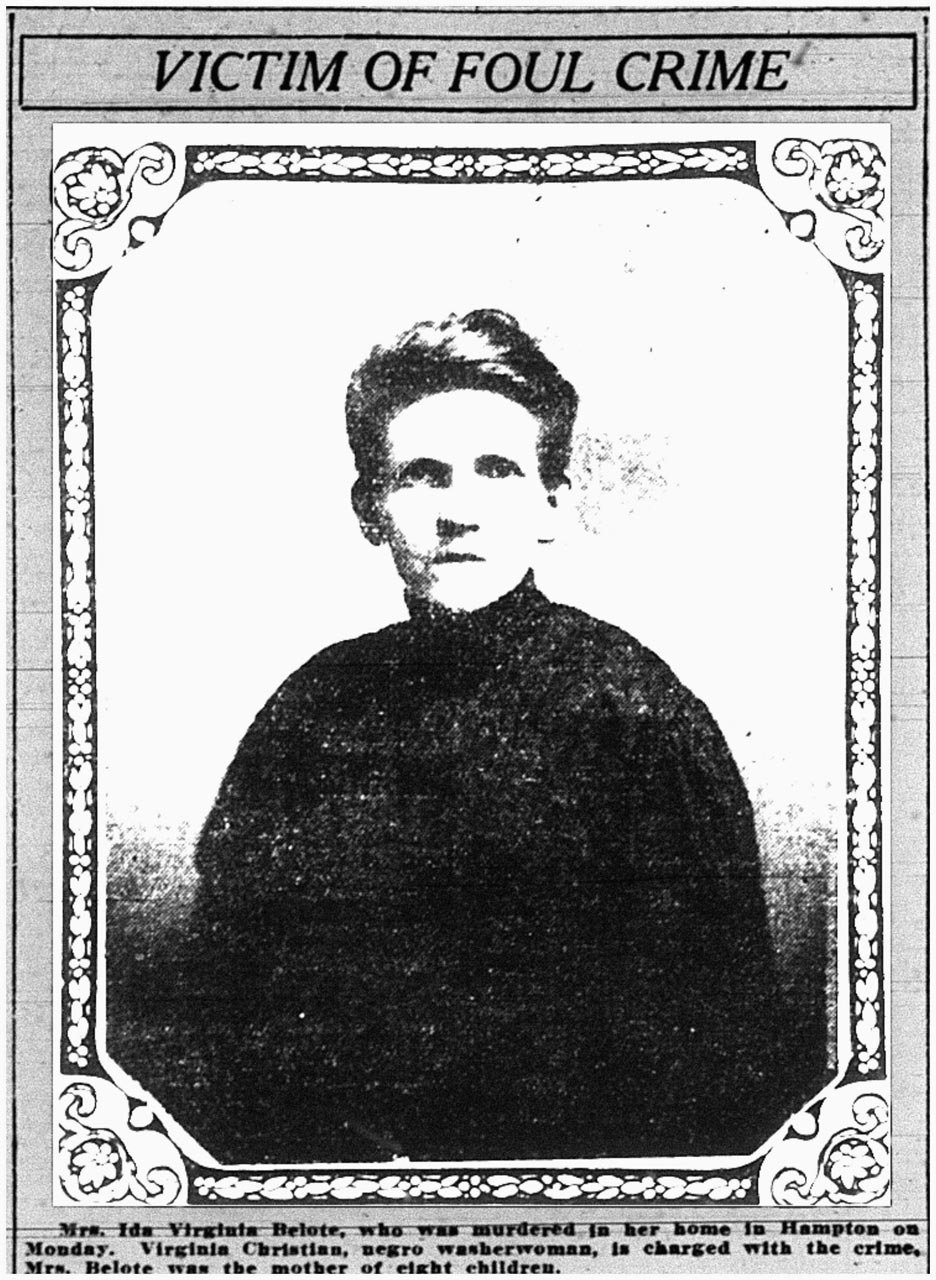 16 August 2012 is the 100th anniversary of the execution of Virginia Christian for the brutal murder of Ida V. Belote in Hampton, Virginia, on 18 March 1912.  We featured select documents from the Christian case in September 2010.  The 23 September 2010 execution of Teresa Lewis for her role in the murder of her husband, Julian Lewis, sparked new interest in Virginia Christian, who up to that time was the only woman to be executed by the Commonwealth of Virginia since the General Assembly centralized executions at the Virginia State Penitentiary in 1908.

Often in high-profile criminal cases, the victim and victim’s family are an afterthought.  To mark this infamous anniversary, I decided to write a post on Ida V. Belote.  Who was she?  What happened to her eight children?  Two of her young daughters discovered their mother’s body and testified at the coroner’s inquisition.  What became of them?  My search for answers led me to the Belote coroner’s inquisition, newspaper articles, and Ancestry.com.  What follows is a fragmentary picture of Ida Belote and her family. 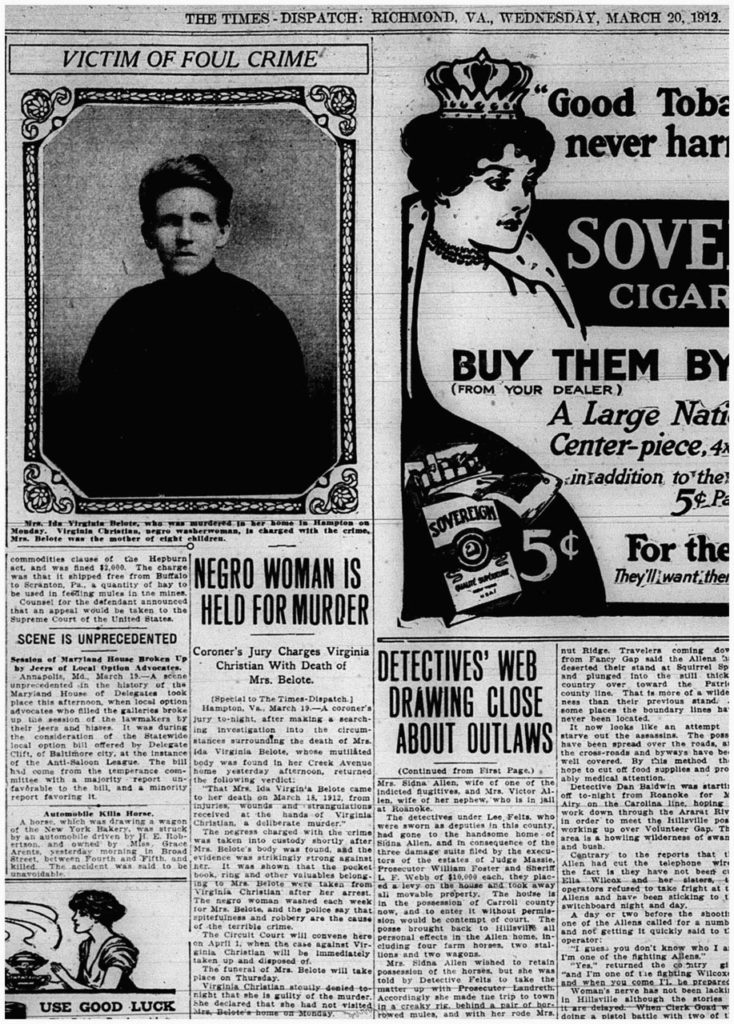 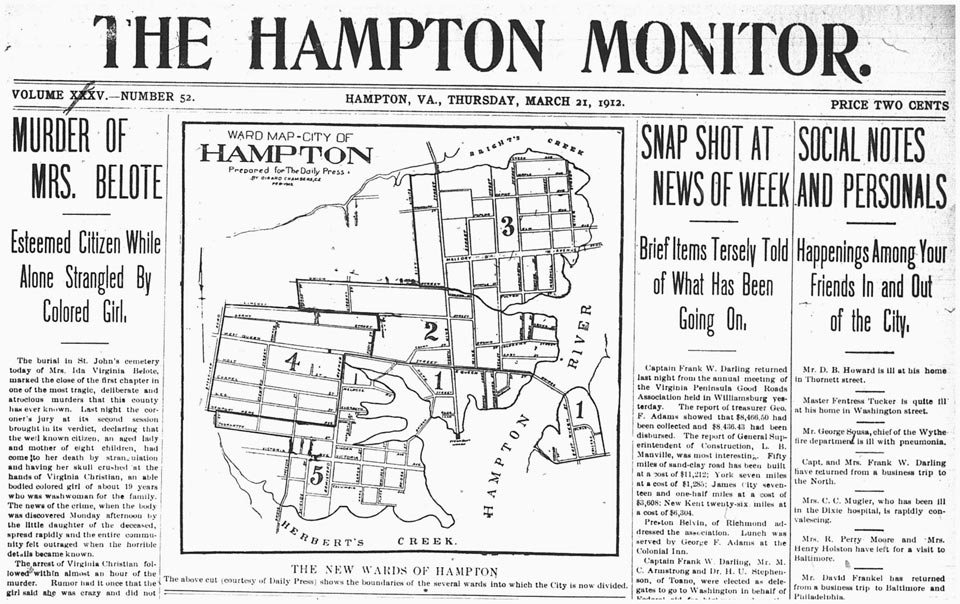 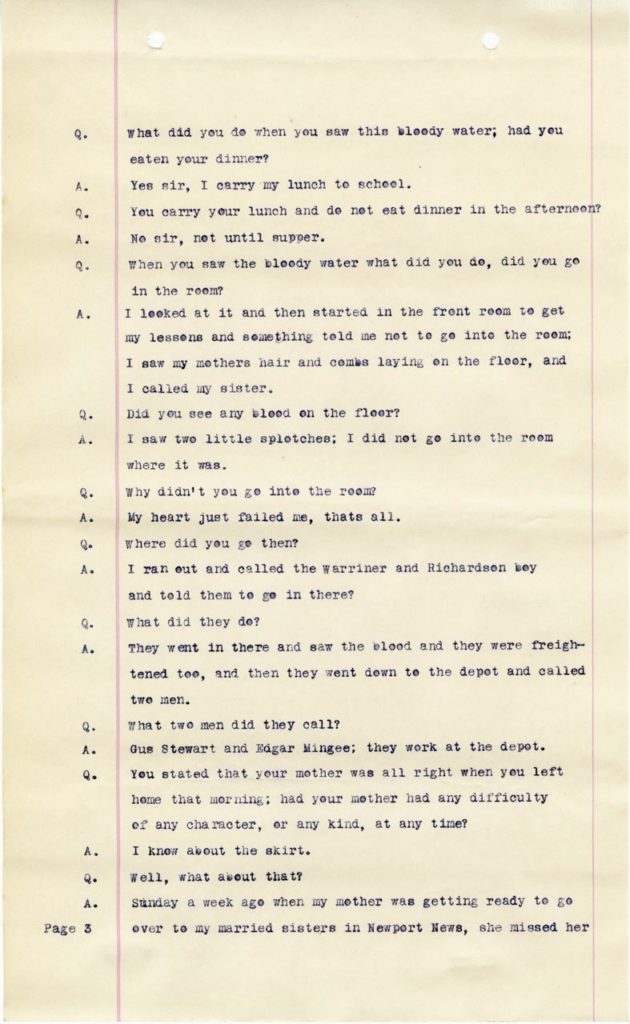 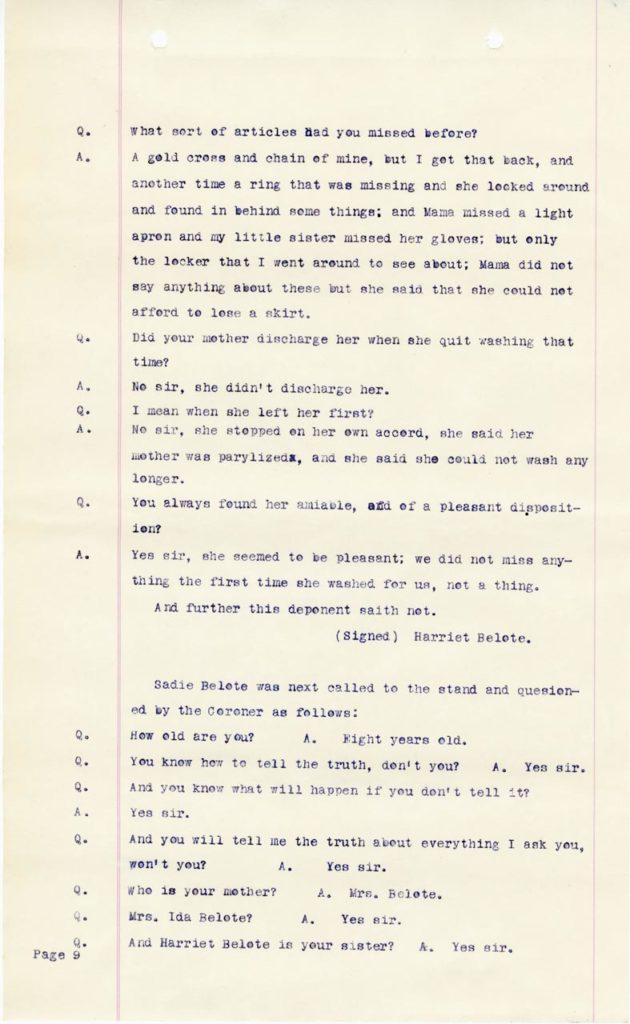 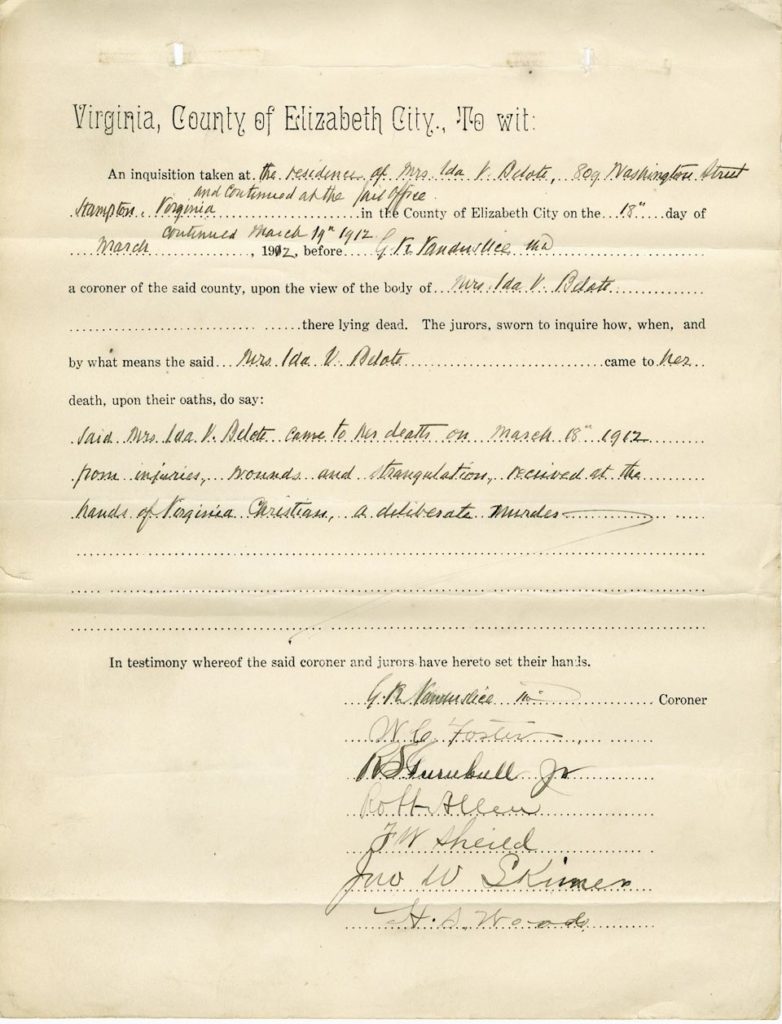 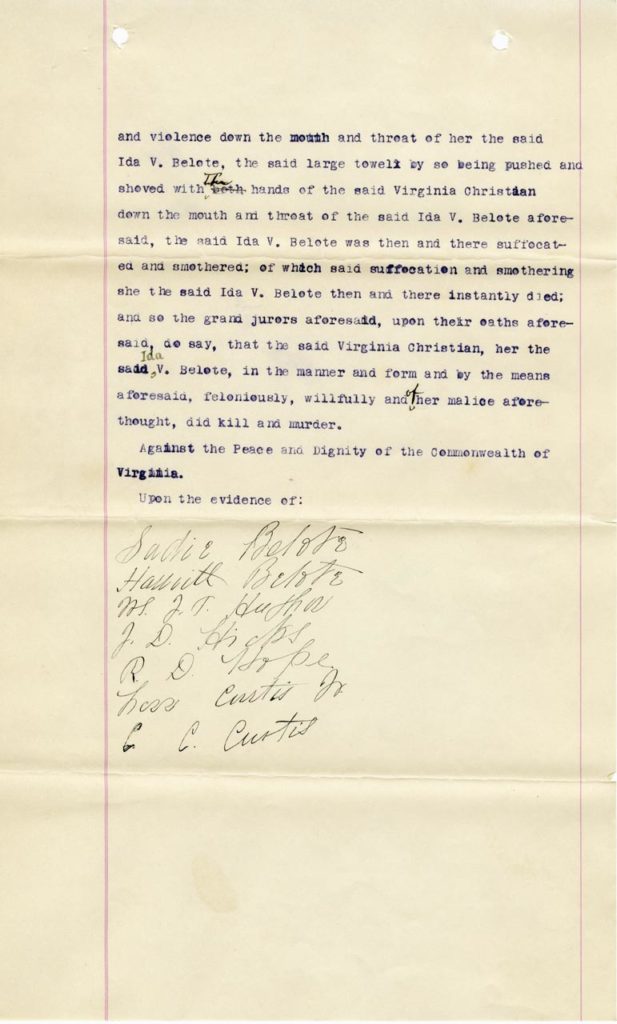 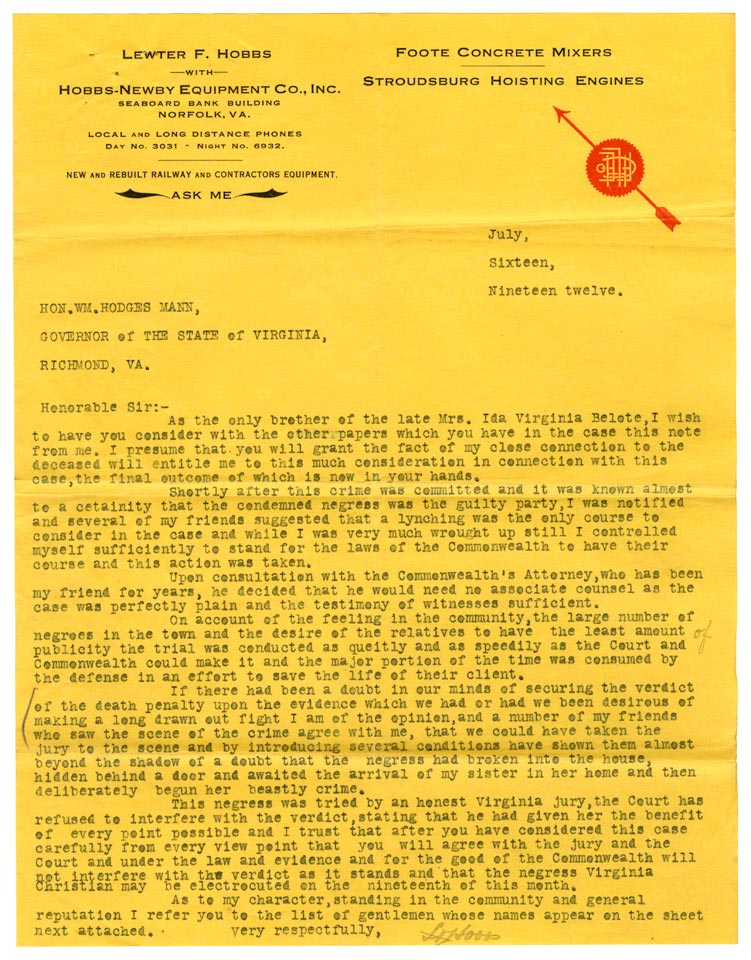 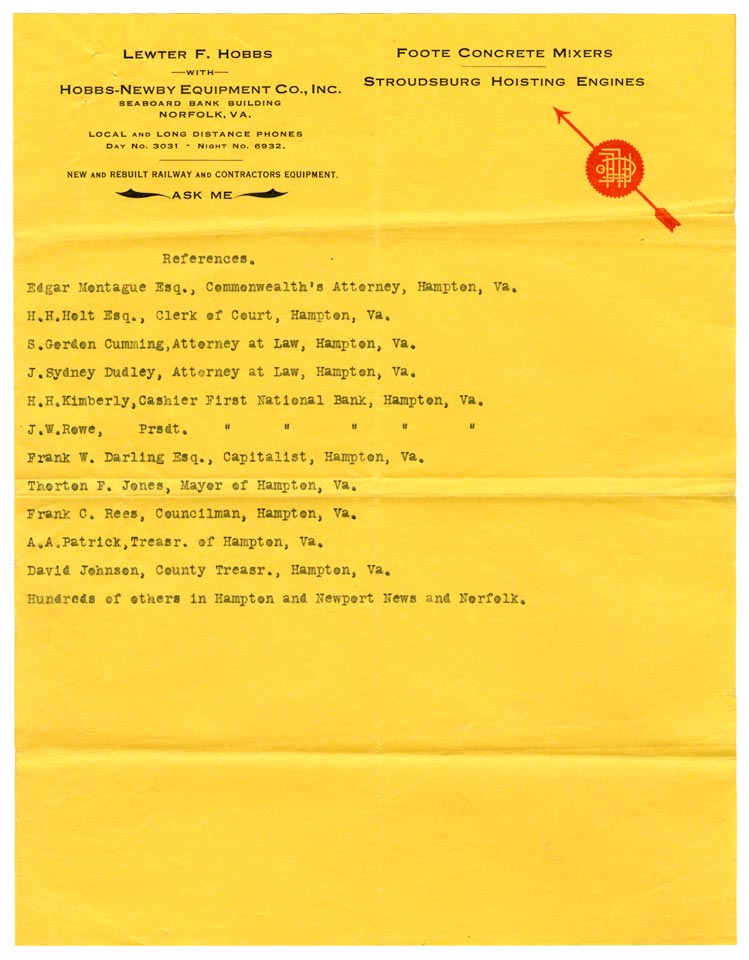 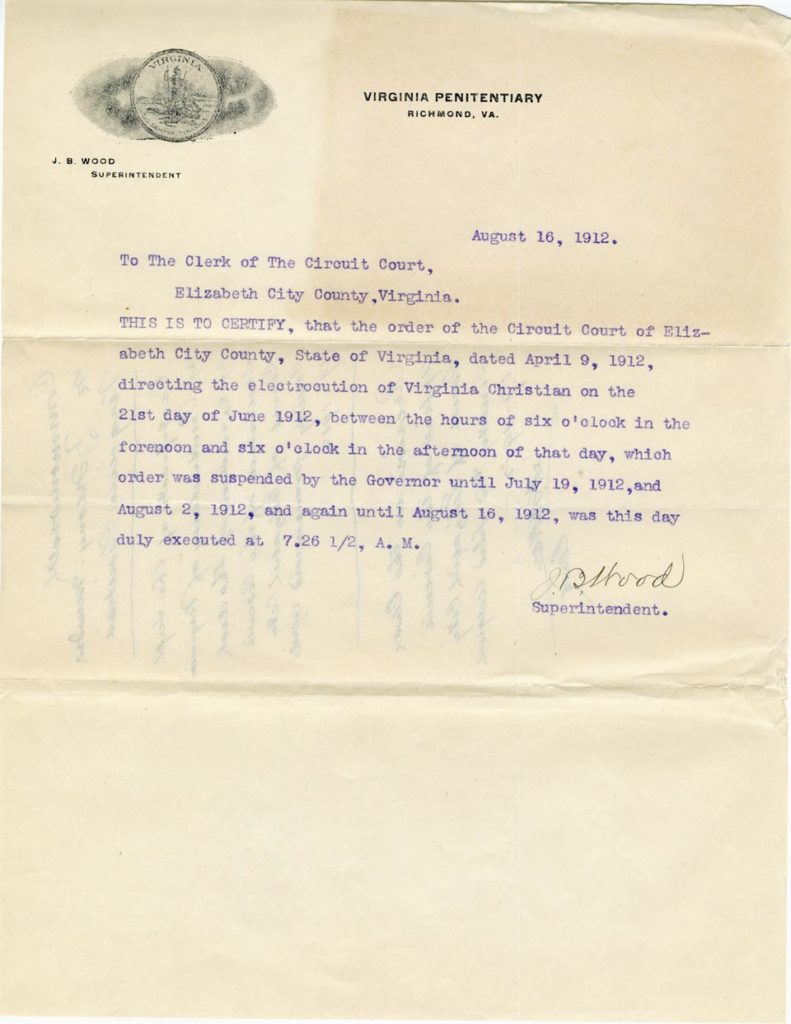 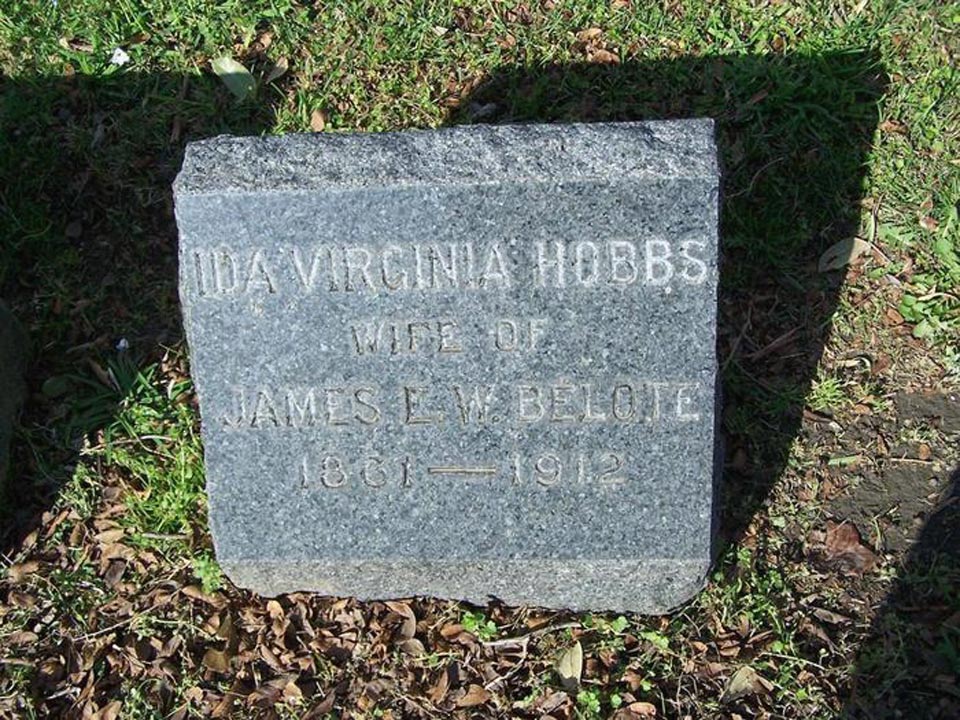 William J. Belote moved to Hartford, Connecticut, by 1917 where he worked as a conductor for the Connecticut Company.  He was married to Marie V. Ouellette.  William died on 30 August 1964 in New London, Connecticut.  Marie died on 9 January 1979 in Wethersfield, Connecticut.

Bernard B. Belote lived in 1900 with his grandparents, James and Harriet Hobbs.  He married Helen H. Reed on 25 June 1910 at the First Methodist Episcopal Church in Camden, New Jersey.  By World War I, Bernard lived in Philadelphia, Pennsylvania, and worked as a machinist.  In 1930 he was an inmate of the Philadelphia County Prison Convict Department.  At the outbreak of World War II, Bernard worked at General Cable and lived in Jersey City, New Jersey.  He died in November 1958.

I did not learn much about Edward L. Belote.  From what I did discover, he led an interesting life.  The Newport News Daily Press reported on 4 August 1906 that Linwood (as he is referred to in the article) was stabbed just under the shoulder by an unidentified African American.  No arrest was made.  In June 1907, Edward ran away from home with his brother Paul and two other friends and found work in Columbus, Ohio.  He was an inmate at Eastern State Penitentiary in Philadelphia when he registered for the draft during World War I.  In 1930 he lived in a rooming house in Manhattan, New York.

Paul W. Belote ran away from home in June 1907 with his brother Edward and two other friends.  Paul joined the Navy and served for 2 ½ years.  After his discharge from the Navy, Paul moved to the Alaska Territory in 1910 and was residing in San Francisco at the time of his mother’s murder.  He moved to Pennsylvania and was an inmate in Eastern State Penitentiary in 1920.  By 1942 Paul was still living in Philadelphia with his wife, Bella.

Much to my disappointment, I found very little on Ida’s three daughters who testified at the coroner’s inquisition.  I wanted to learn what happend to the two little girls who not only were orphaned at such a young age but also discovered their mother’s murdered body.  Pauline A. Belote married George W. Wright on 20 September 1909 in Newport News.  In 1920 the Wrights resided in Portsmouth.  Lewter F. Hobbs, Ida’s brother, was named guardian for Harriet and Sadie Belote on 3 April 1912 in the Circuit Court of Elizabeth City County.  Harriet completely disappears from the public record.  I searched the census, marriage, and death records but found no trace of her.  I located one possible record about Sadie.  In the 1920 Federal Census, there is a Sarah E. Belote, age 16, residing in what appears to be an orphanage in Norfolk.  One hundred years after Ida’s death, the story of her and her family remains incomplete.