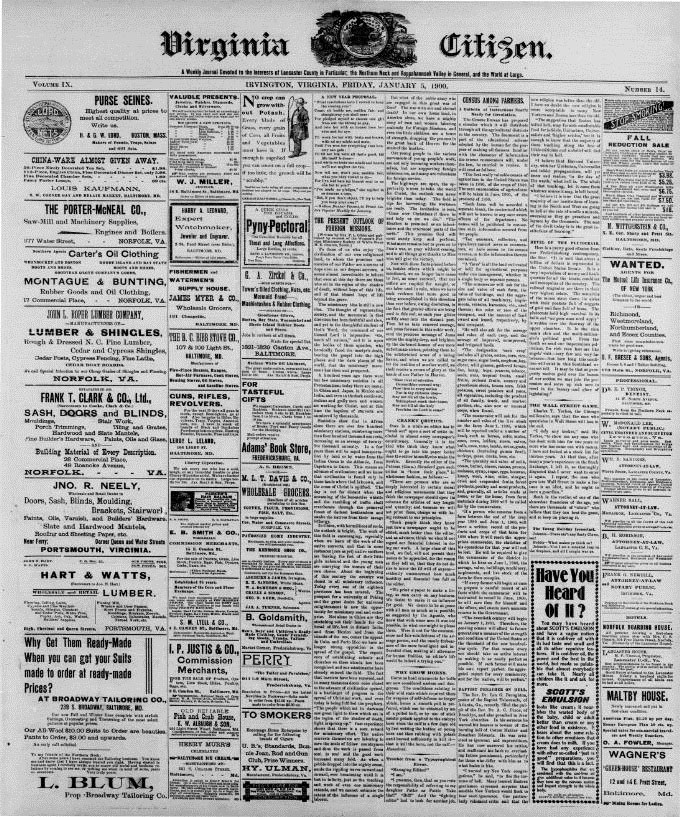 Published every Friday between 1891 and 1913, the Virginia Citizen (Check digitized issues at Chronicling America.) was the first paper to serve Lancaster County, part of the Northern Neck region of Tidewater Virginia.

The paper’s office in Irvington—located on an inlet from the Rappahannock River and Chesapeake Bay—was just across the street from a landing for the Rappahannock River Line, one of several steamer services linking the region’s many villages and transporting farm produce and seafood between eastern Virginia and processing plants in Baltimore. From 1897 until 1913, the newspaper proudly stated its mission: “A Weekly Journal Devoted to the interests of Lancaster County in particular, the Northern Neck and Rappahannock Valley in general, and the world at large.” By the early 1900s, circulation totaled 1,827, a heady number considering that Irvington had but 750 residents and the county 8,949. In hard times, though, the editor was not above accepting vegetables or a load of hay—almost anything other than soft-shell crabs, strawberries, or peas—in lieu of cash.

Editor since 1892, W. McDonald Lee brought considerable prestige to the paper. Lee had served as county Commissioner of Revenue and president of the Virginia Press Association in the late 1890s and during the early 1900s served as a commissioner for Virginia fisheries and president of the National Association of Fisheries Commissioners. He was particularly interested in promoting the county’s oyster (“the succulent bivalve”) industry and the welfare of “the toiling masses of Virginia oystermen.” 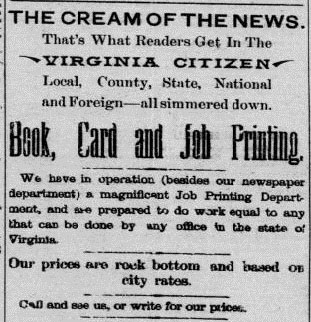 His mastheads mirrored these positions. An 1897 banner-line declared that the paper was “Conservative in All Things, Neutral in Nothing.” He also vigorously prodded the paper’s readers never to be “mealy-mouthed or bashful.” They took him at his word and frequently responded with gusto in the Citizen’s columns. The paper had personality—labeling a widow “the aged relic,” printing never-uttered maudlin quotations from the dying, and in one instance even reporting that a married woman had run off with the hired hand (when she had actually been visiting her mother!). 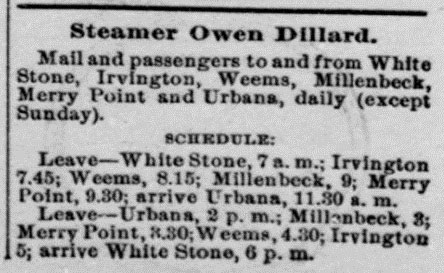 This remarkable newspaper survives only because “Willie” R. Row, the Virginia Citizen’s foreman in 1897 and manager by 1906 saved 22 bound volumes dating from 1891 to 1913. They were later loaned to a prominent local historian, C. Jackson Simmons, who in turn provided them to the Library of Virginia for filming.