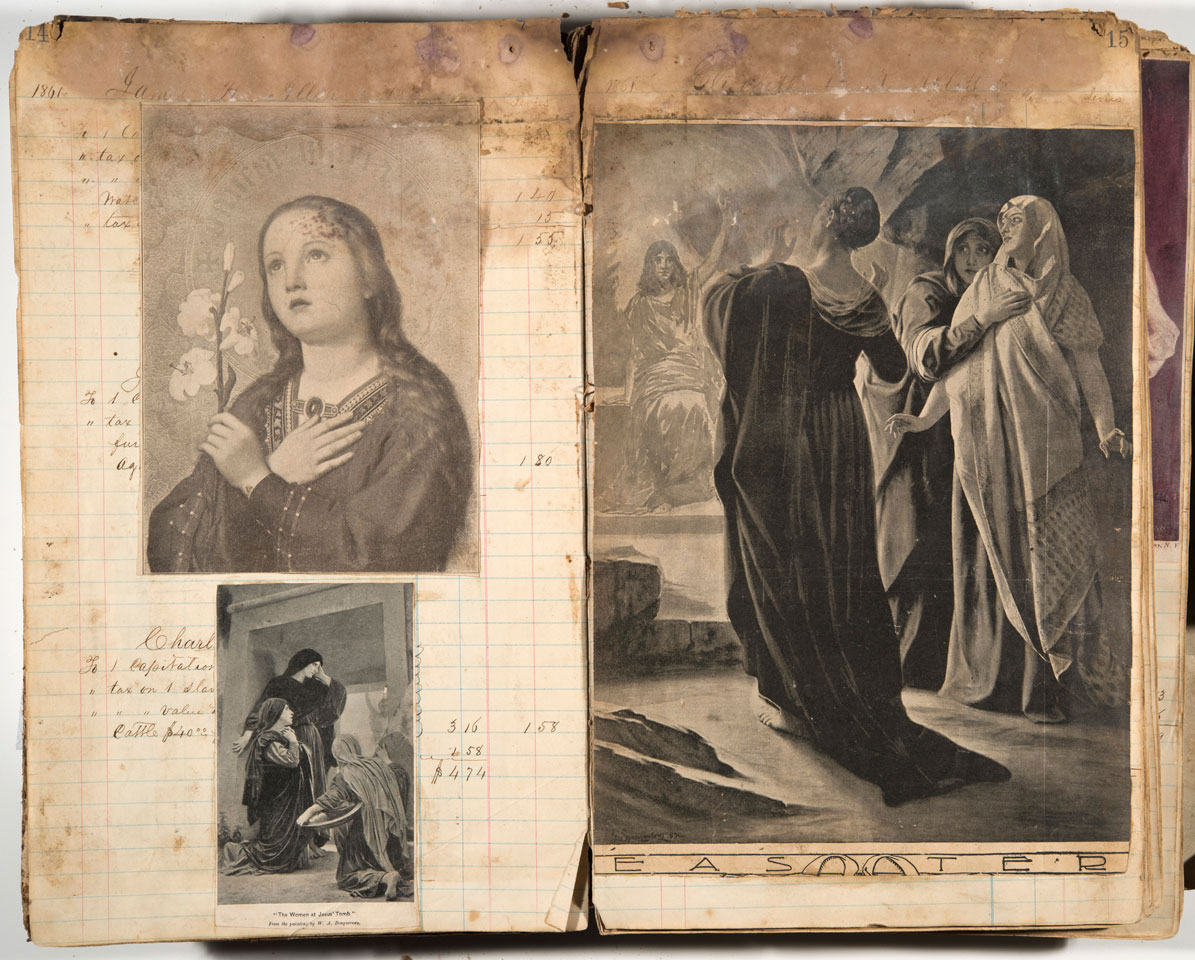 During a recent cataloging project, what at first seemed like a standard exercise revealed a nice surprise.  From its exterior, the Halifax County (Va.) Capitation and Personal Property Tax Ledger, 1861, had all of the makings of an ordinary volume of county taxes.  This was certainly true in 1861 when it was originally created.  Each page lists the names of individuals along with details of how much capitation tax (a head or poll tax levied on individuals at a fixed rate) and personal property tax was owed, along with details about what kind of personal property was being taxed (for example–furniture, watches, plate, carriages, money, livestock, and slaves). 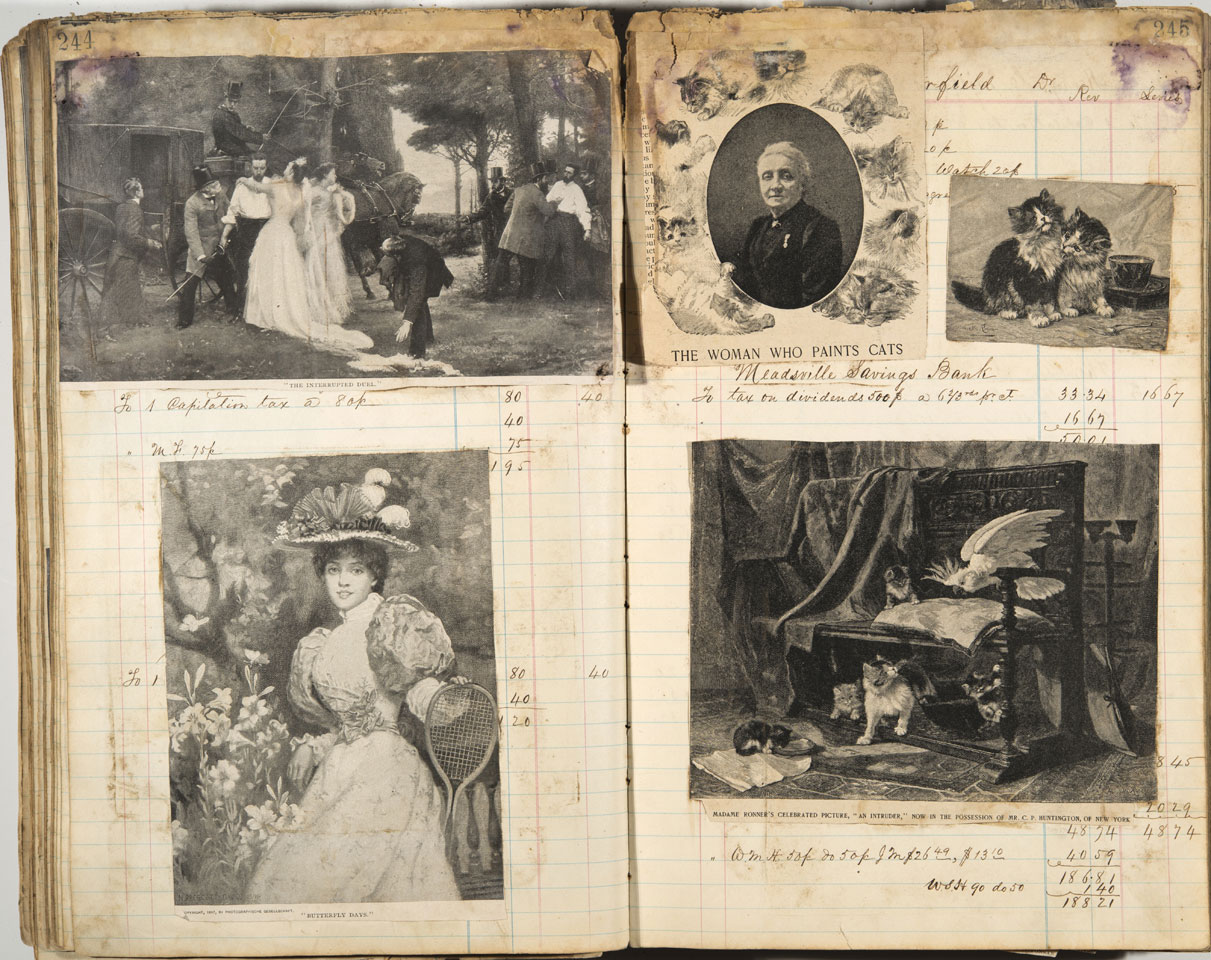 At some point, however, someone, or more likely several someones, used a little more than half of the volume as a scrapbook.  Pasted over the original document pages are a wide variety of clippings from magazines and newspapers.  The clippings are primarily images; although some poems are included as well as short articles about artists and writers and a biography of British Prime Minister William E. Gladstone written on the occasion of his death in 1898.  The subjects of the scrapbook are related to Biblical scenes, European royalty, Napoleon, American founding families such as the Jeffersons and Washingtons, travel, pets, artists and writers, poetry, and reproductions of paintings, drawings, and photographs with artistic themes.

A note on page 280 of the book indicates that the scrapbook was composed (probably just in part) by Louise H. Partrick and her helper Betty Martin, 18 July 1930.  Using ancestry.com, I attempted to learn more about Louise and Betty.  The results of my search only muddied the waters.  The 1930 census shows a Louise H. Partrick living in Scotland Neck, Halifax County, North Carolina, aged 9, with her parents Theodore F. and Watson K. Partrick. The same census also shows an Elizabeth Martin, aged 6, living with her parents John and Helen B. Martin in the town of Halifax, Virginia. 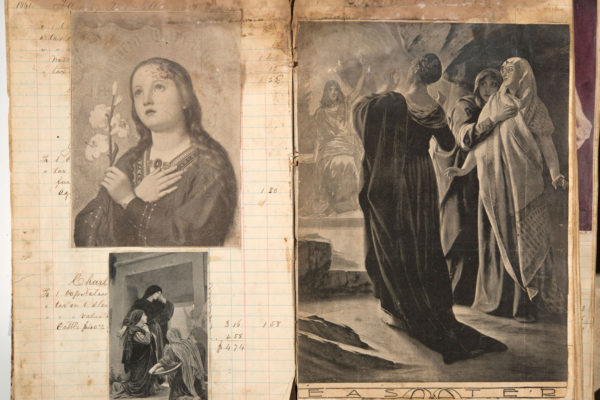 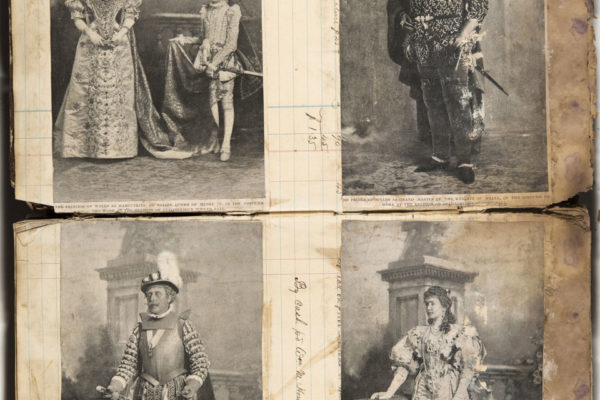 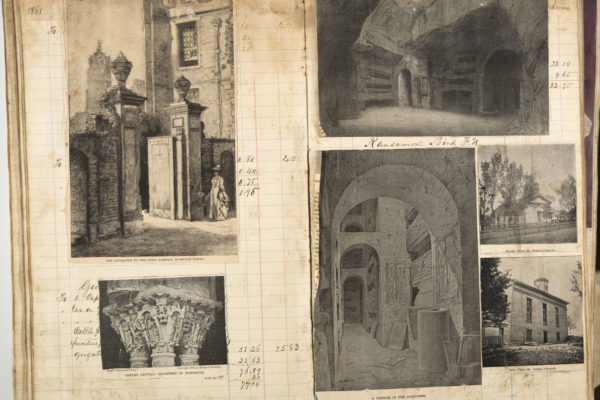 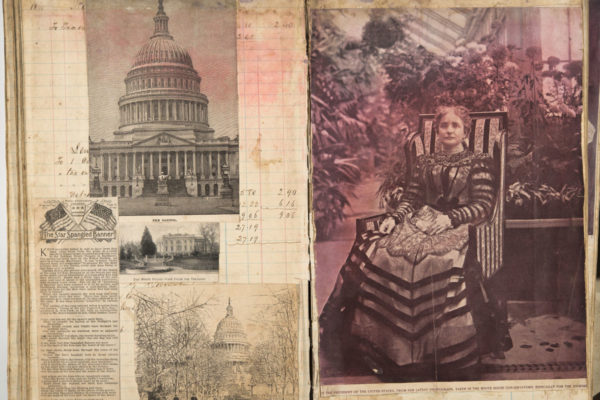 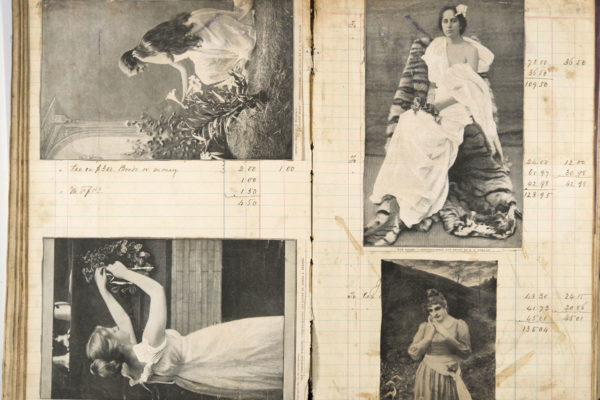 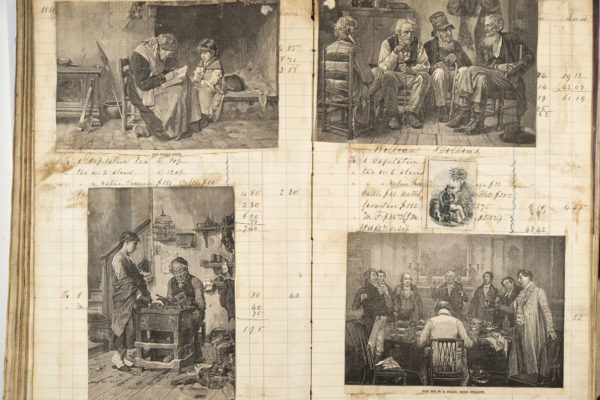 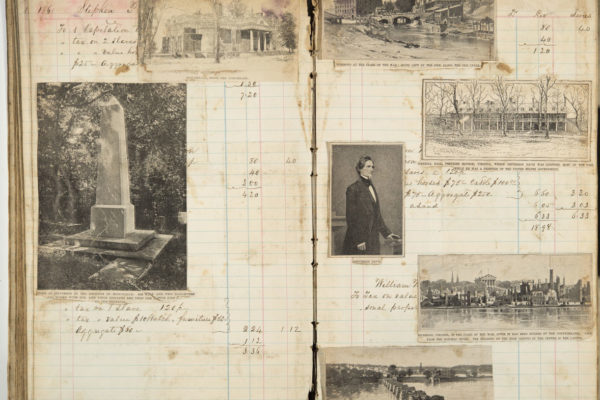 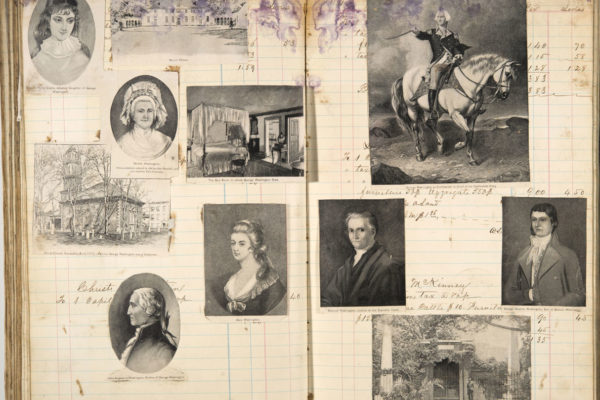 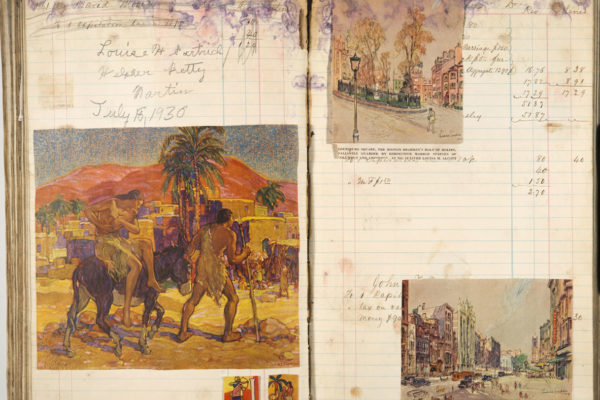 The ledger book has sustained some water damage at the top.  Local Records has decided not to undertake conservation and restoration of the volume and removal of all of the paste-ons due to both the expense of such a project and because the tax information is available from other sources, namely in the official state tax books available through the Auditor of Public Accounts.  The book is also now more interesting in its new incarnation than it would have been had it remained just another tax book from Halifax County.