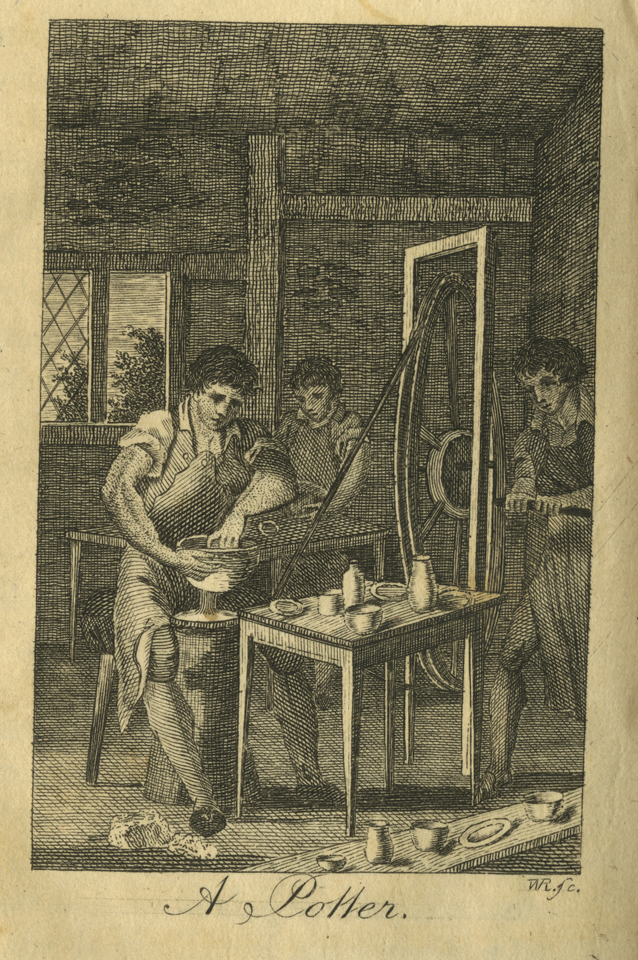 Benjamin DuVal’s pottery in Richmond, Virginia is one of the best-documented early Virginia pottery manufactories, with articles about it appearing in at least two scholarly journals.1 Still, other than DuVal’s advertisement for a potter in the 23 February 1791 issue of the Virginia Gazette and General Advertiser and an 1808 notice for DuVal’s Richmond Tile Manufactory, there has been no known manuscript information for the period 1791-1808. However, three judgments in the Richmond City Hustings Court provide new insight into the early operations of the pottery.

As revealed in the 1795 case of Allinson v. DuVal, Benjamin DuVal got a response to his 1791 advertisement for a potter–and perhaps more than he had bargained for. The suit papers contain a broadside dated 1 July 1791 in which DuVal warns the public that the Richmond Earthen-Ware Manufactory is his property and that accounts should not be paid to Samuel Allinson, potter. Within a couple of weeks, a reconciliation seems to have occurred. On 16 July 1791, articles of agreement were signed between DuVal and Allinson for the Richmond Earthen-Ware Manufactory. The agreement was signed by the manufactory’s two journeymen, Richard Esdall and John Carty.

Image scanned from THE BOOK OF TRADES, published by Jacob Johnson, 1807.

Allinson had paid for Carty’s passage from New York to Richmond in April 179[1/2?].2 This is the earliest documentation of northern influence on the pottery. Litigation between DuVal and his potters provides information on what was going on with the business over the next four years. In May 1792 DuVal sued Allinson for breach of contract; however the jury decided in favor of Allinson. Also in May 1792 Carty sued DuVal for nonpayment of wages and won. Carty’s case lists the following earthen ware forms he made: a milk pan, two-pint bowls, three-pint bowls, cups, a half-gallon pitcher, and a gallon pitcher.

The only indication of Allinson’s background is an entry in the Richmond City order book for 13 March 1792 when he served on a jury. Unlike the other jurors who each swore an oath, Samuel Allinson, “being a quaker affirmed the affirmation aforesaid.” William Henshaw’s multi-volume work Encyclopedia of American Quaker Genealogy lists the Allinson surname only in the meeting for Burlington, New Jersey. There are men by the name of Samuel Allinson in the Burlington meeting, but none seem to match up with the potter in Richmond. 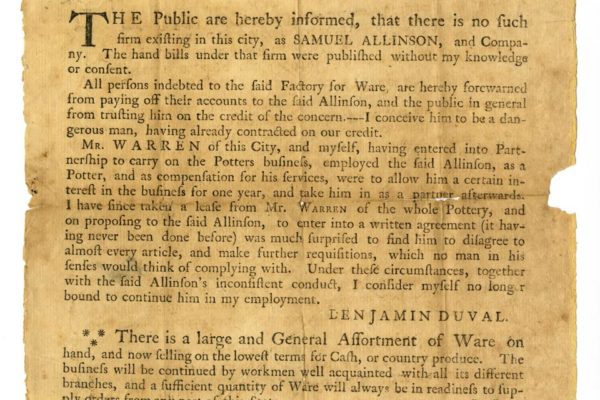 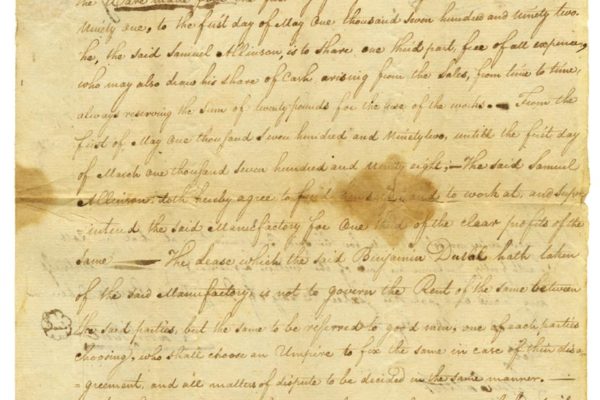 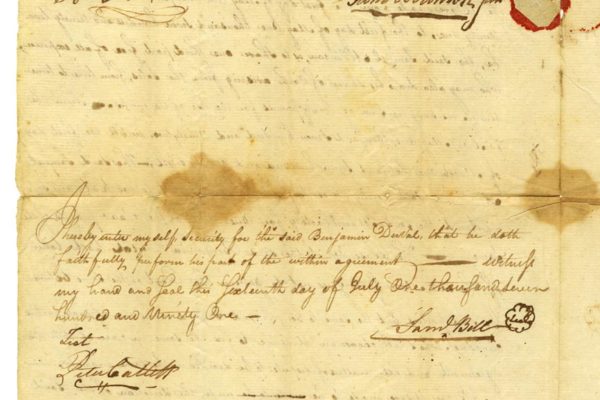 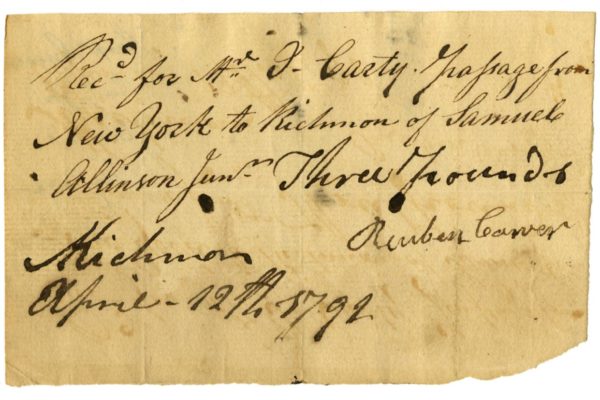 By 1796 Allinson had left Richmond for parts unknown. One possibility can be found in an article of biographical and genealogical notes by William Nelson in the 1916 publication of the New Jersey Historical Society, Vol. IX. Nelson has a biographical sketch for a Samuel Allinson who was born in 1761 and removed to Virginia.  In 1794 he joined the U.S. Army and later died in Camden County, Georgia. His brother-in-law, Samuel Clarke of Mt. Holly, New Jersey, was made guardian for Allinson’s only child.

As seen in the cases above, judgments can provide a rich source of material for researchers of any number of topics, even the decorative arts.

[1] Information on the DuVal pottery is found in Brad Rauschenberg’s article in the Journal of Early Southern Decorative Arts, Vol. IV, Number 1 (May 1978), which is now online at www.mesdajournal.org .  In 2005, Robert Hunter and Marshall Goodman published an article on DuVal’s pottery in Ceramics in America.
[2] The documents consulted for this article seem to read “1791” in some cases and “1792” in others.