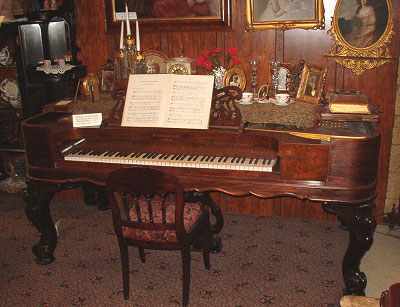 In May of 1883, H. W. Gray, president of the Schomacker Piano-Forte Manufacturing Company, brought suit against Bettie L. Payne in the Frederick County Circuit Court for a debt of $500.  Bettie had purchased a piano from the company via one of its agents, William H. Manby.  After delivery, she refused to pay based on her belief that the piano was not of the quality that she had been promised.  She claimed to have purchased the Schomacker in part due to statements made in promotional materials about honors and prizes that the pianos had received at the International Centennial Exhibition in Philadelphia in 1876—claims she now believed to be false and misleading.  In particular, she objected to the Schomacker being much inferior in tone and touch than she had been led to believe by the advertising.

The Schomacker Piano-Forte Manufacturing Company was established in Philadelphia in 1838 by John Henry Schomacker of Vienna, Austria.  In 1855, he built a large piano factory at the corner of Catherine and Eleventh streets thanks in part to his success after his pianos won big prizes at various fairs and exhibitions in the United States. 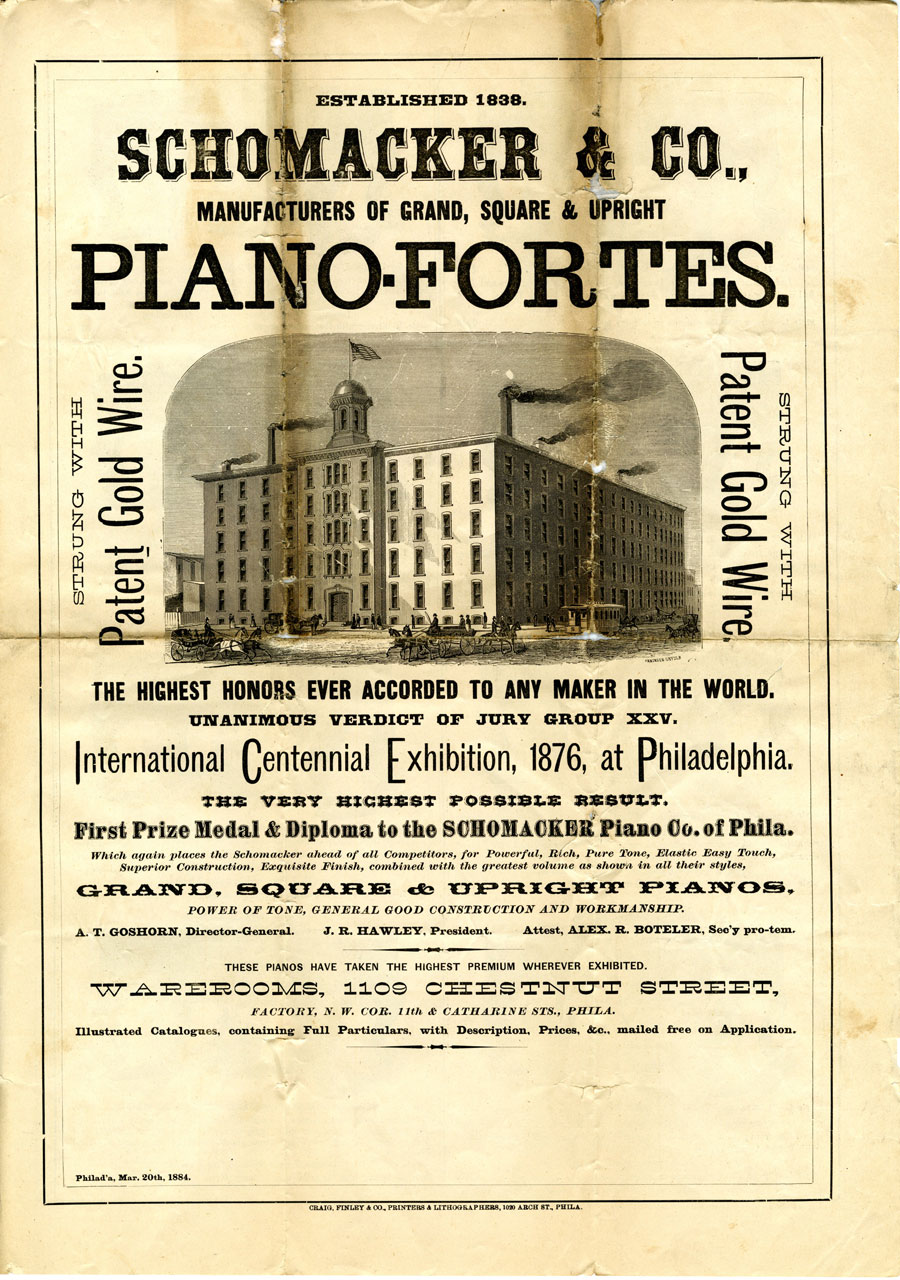 The factory made upright, grand, and “square” grand pianos of high quality woods that were heavily carved in a Germanic style.  A big selling point was that the wires of the pianos were electroplated with gold which reduced rusting and allowed the pianos to stay in tune longer.  They were popular but expensive pianos, and the company boasted that multiple presidents, including Mr. Lincoln, had a Schomacker as their piano of choice in the White House.  After John Henry Schomacker’s retirement, his son Henry C. ran the company along with a Colonel H. W. Gray.  The firm finally closed after the onset of World War II, having made fine quality pianos for over 100 years.  Auction catalogs and piano history websites attest to the fact that surviving Schomackers still retain their quality both of workmanship and condition. 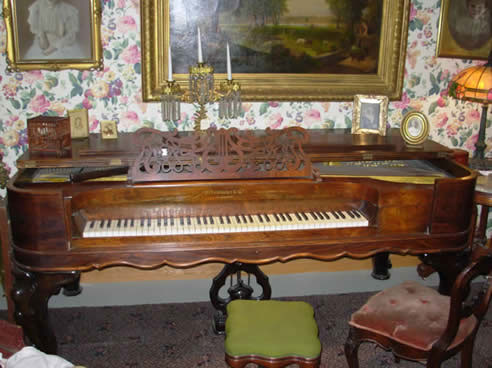 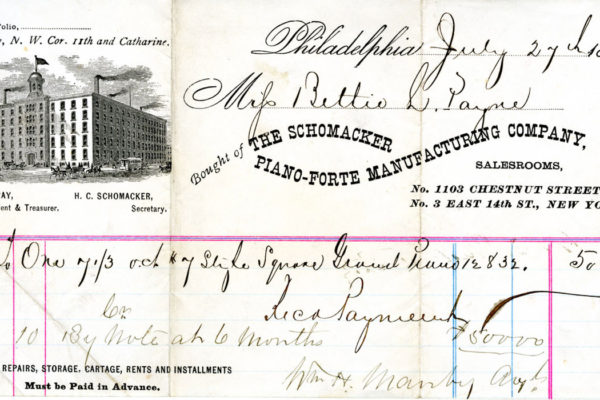 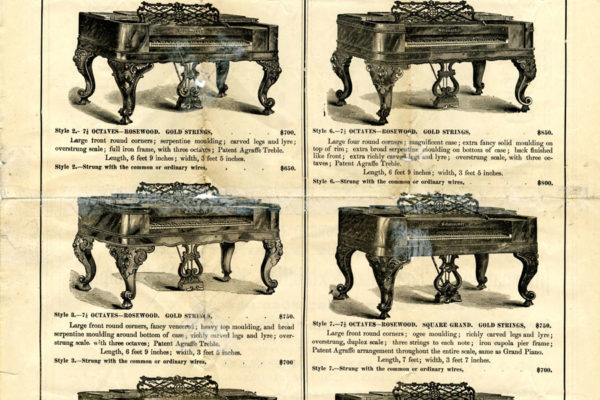 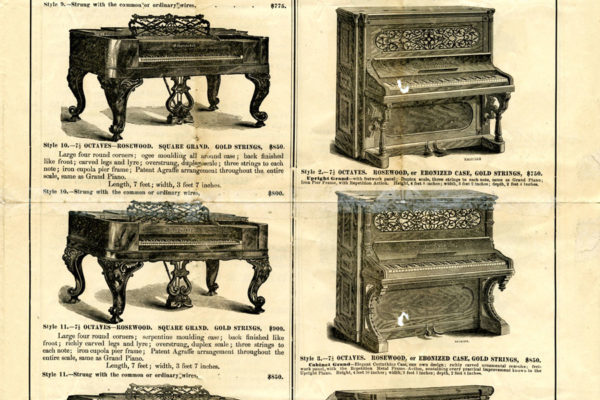 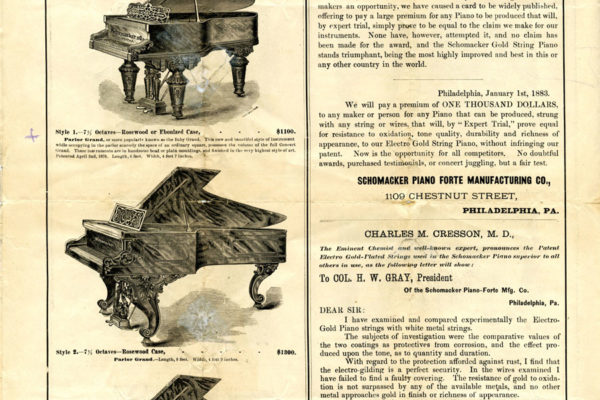 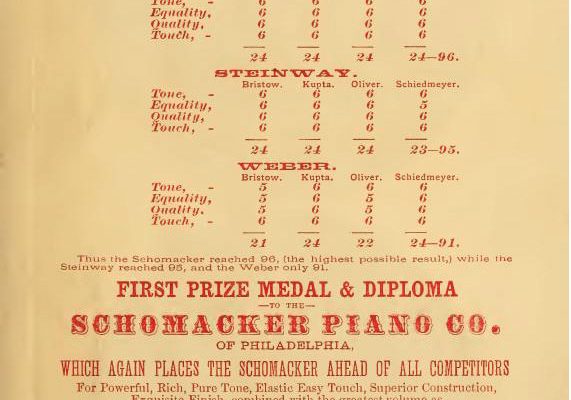 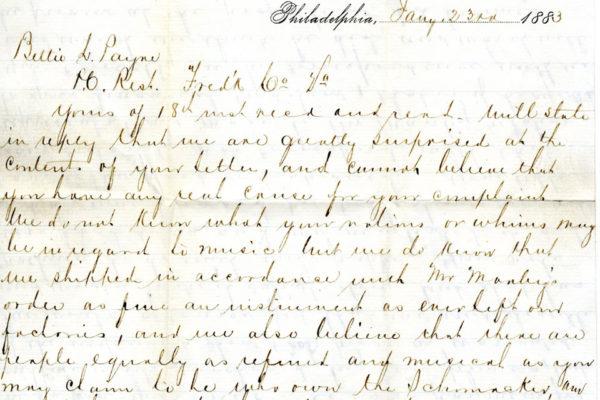 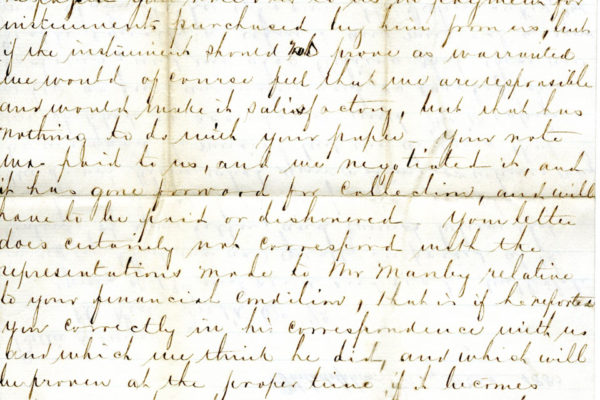 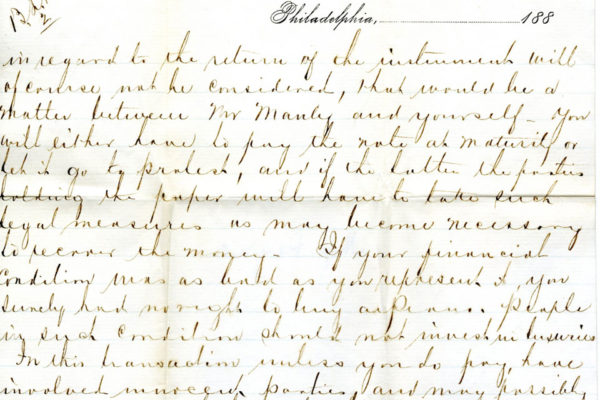 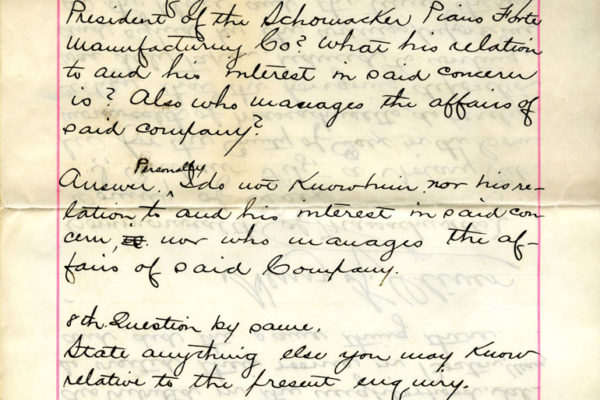 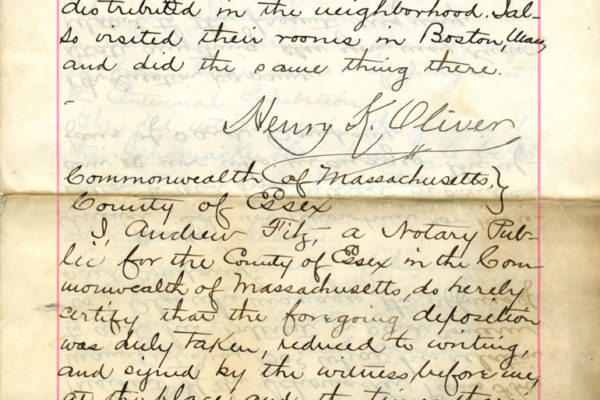 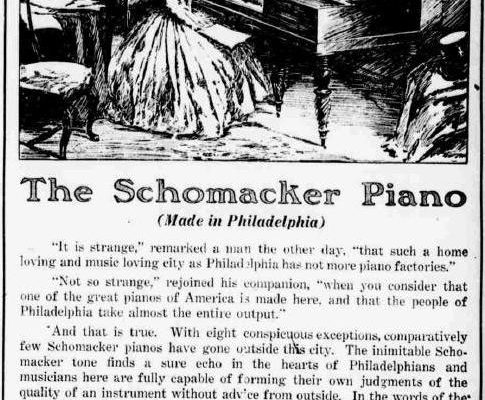 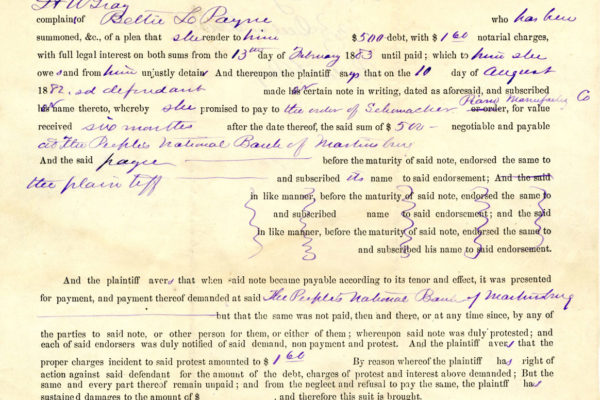 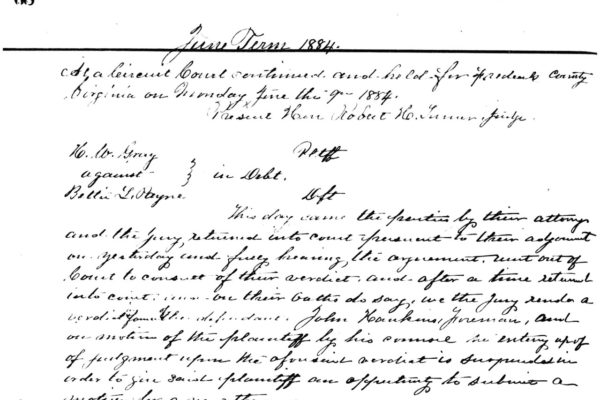 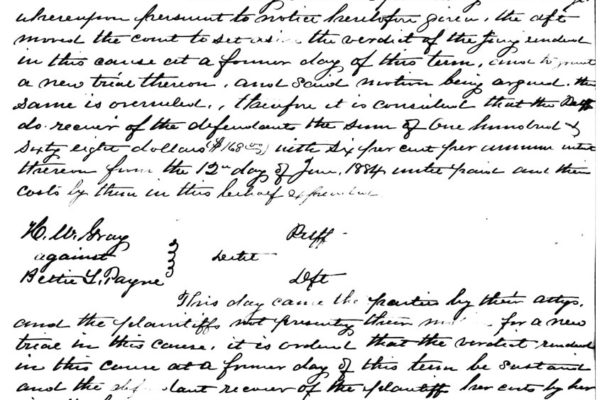 Included in the suit papers of Gray vs. Payne is an 1884 catalog of pianos available for purchase from Schomacker & Co.  The square grand style 7 is the model that Bettie L. Payne had purchased and which she did not consider as being quite up to snuff.  Both sides hunted down multiple witnesses to attest to either the quality of the manufacturing and musicality, or to the misleading prize claims.  Included are depositions from Henry C. Schomacker, then-secretary of the piano company, and Henry Kemble Oliver of Massachusetts who had been one of the judges at the 1876 Philadelphia Exhibition.  Oliver’s testimony supported Payne’s claims that the award used in advertising by the company was never given at the Exhibition.

The jury found in favor of Bettie L. Payne. The suit was then dismissed in June 1884 with the order that the piano was to be returned to Schomacker & Co. The case is part of the Frederick County Circuit Court Ended Causes collection (Barcode 1117562) and is available for research at the Library of Virginia.