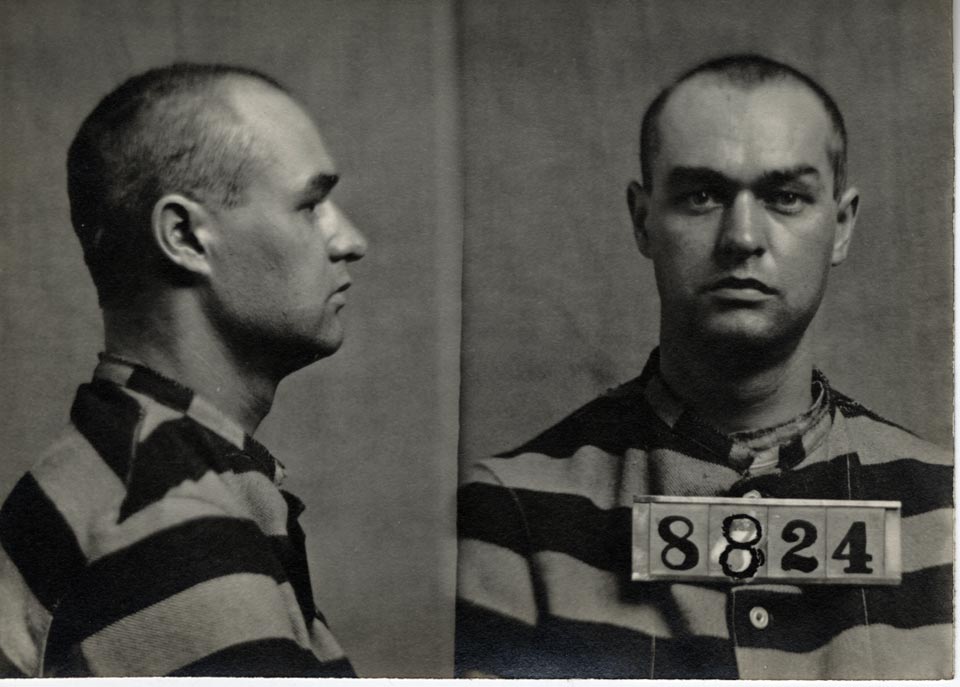 This is the latest entry in a series of posts highlighting early parole information in the records of the Virginia Penitentiary.  Elmer Raines, the subject of this week’s post, was paroled in July 1911.  His freedom was shortlived.  Raines was back in the Penitentiary by November 1911 under a new name, Charles H. Kimball, one of many aliases “Raines” used.

Thirty-five-year-old Pennsylvania native Elmer Raines arrived at the Virginia Penitentiary on 14 July 1909.  Raines was convicted of forgery in the Roanoke Corporation Court and sentenced to four years in prison.  At the time of his incarceration, Raines had two known aliases:  Henry Fairfax and Frank Fairfax.  Penitentiary officials also learned of a new one:  William H. Reynolds.

On 2 February 1911, Penitentiary Superintendent J.B. Wood received a letter from a Mrs. William H. Reynolds of Macon, Georgia, inquiring if her husband, Elmer Raines, would be paroled in July.  “I have tried to be patient,” Mrs. Reynolds wrote, “and sometimes think I can not get along alone and make a living[,] however I have been very successful so far.”  By June 1911, Mrs. Reynolds’ fortunes had changed.  “[K]indly do all you can to get [Raines] pardoned in July,” she wrote Wood, “for I need his protection more than I can tell you.”  The Virginia Penitentiary Board of Directors paroled Raines on 15 July 1911. 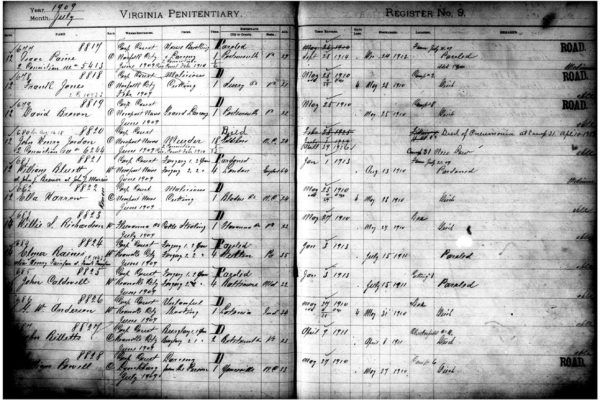 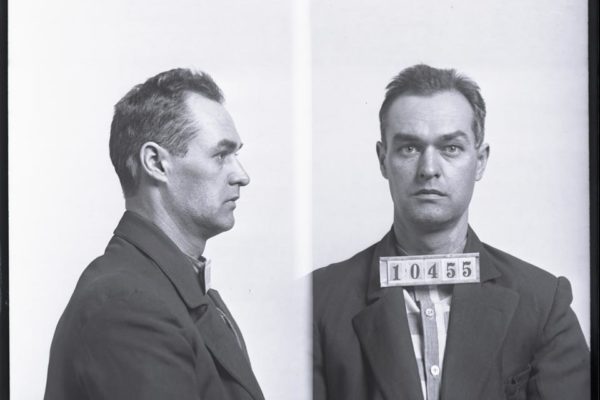 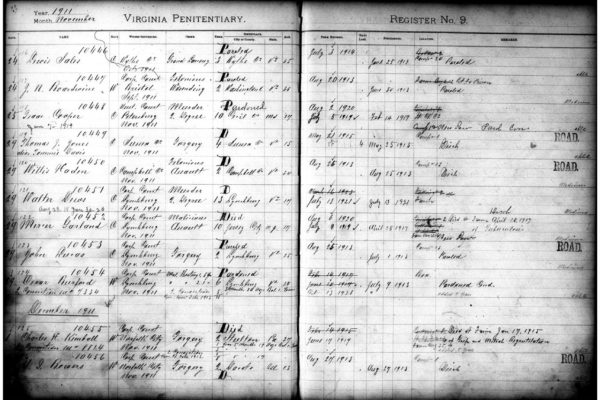 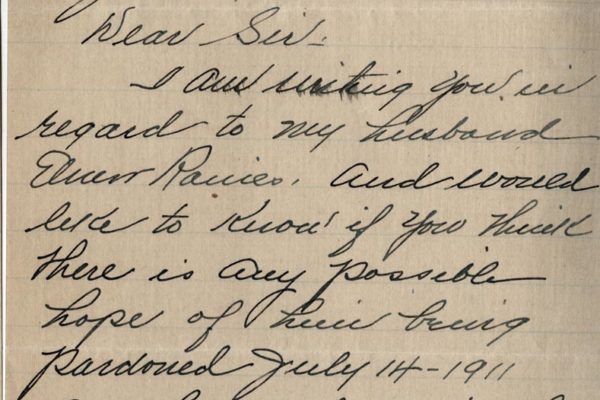 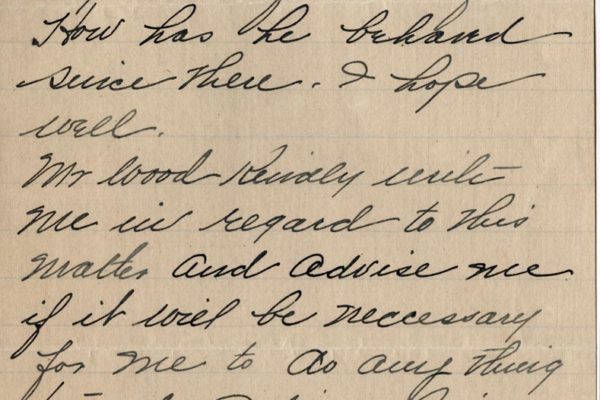 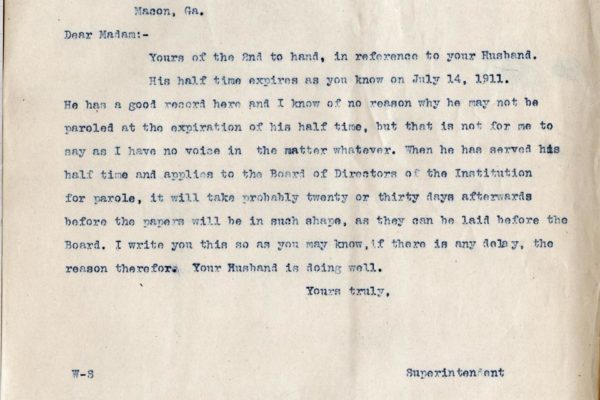 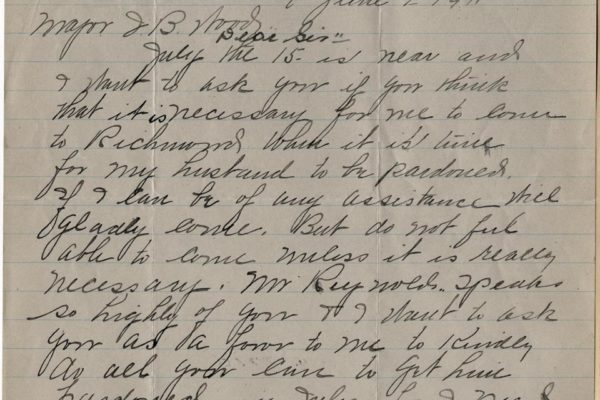 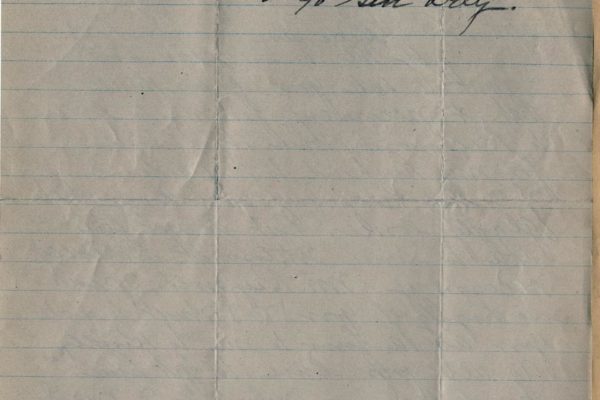 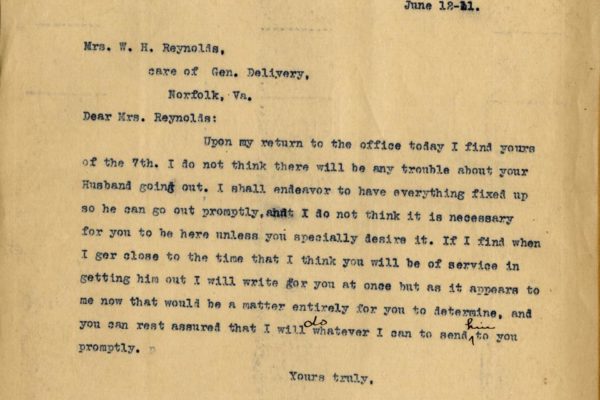 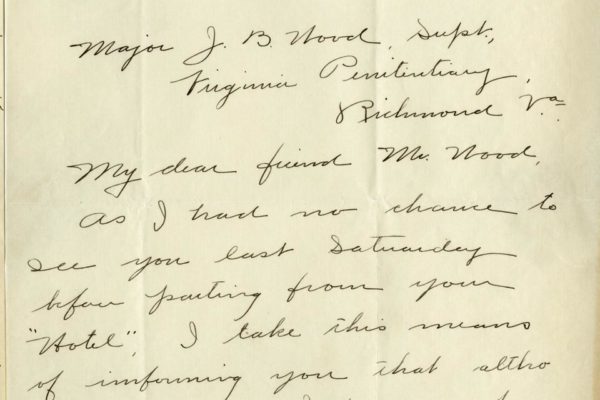 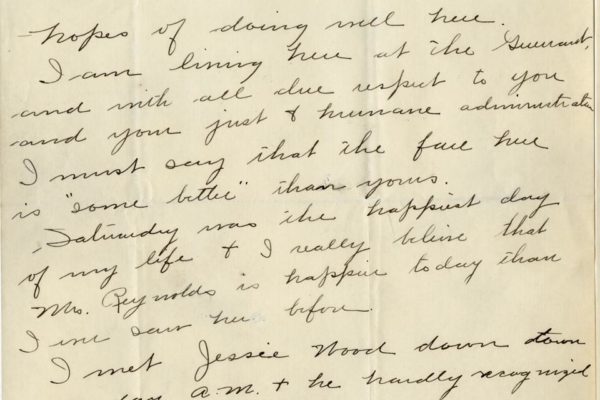 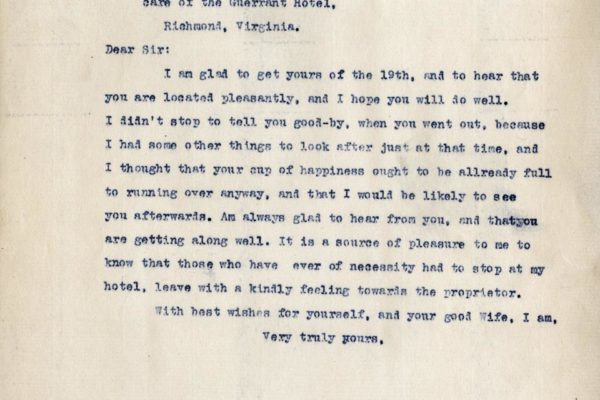 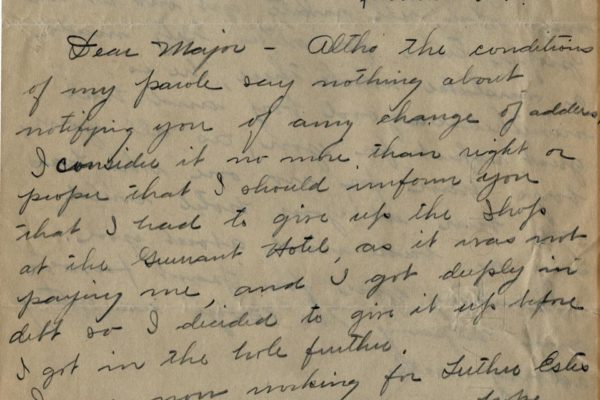 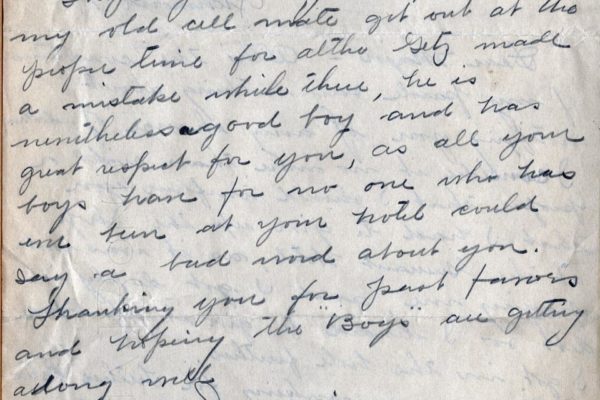 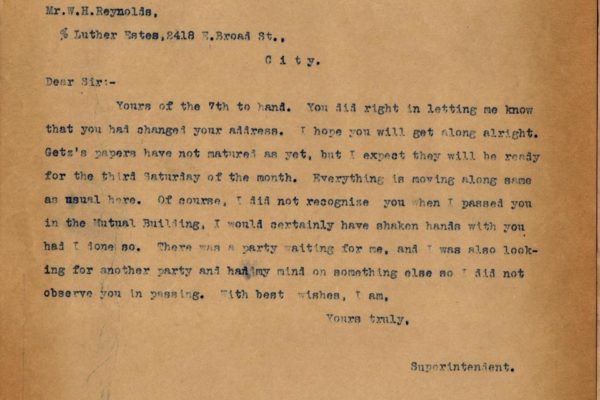 Two days after his release, Raines wrote Wood informing him that he found employment in the barber shop of the Guerrant Hotel in Richmond.  “Saturday [15 July 1911] was the happiest day of my life,” he wrote Wood, “[and] I really believe that Mrs. Reynolds is happier today than I ever saw her before.”  The letter was signed William H. Reynolds (Raines).  Wood replied on 21 July 1911.  “It is a source of pleasure to me to know,” Wood wrote, “that those who have ever of necessity had to stop at my hotel, leave with a kindly feeling towards the proprietor.”  Reynolds fortune changed by August.  “I had to give up the shop at the Guerrant Hotel, as it was not paying me,” he wrote Wood on 7 August 1911.  “I got duply [sic] in debt so I decided to give it up before I got in the hole further.”

Raines/Reynolds returned to the Penitentiary on 1 November 1911 under the name of Charles H. Kimball (No. 10455).  Kimball was convicted of forgery in the Norfolk City Corporation Court and sentenced to two years in the Penitentiary.  He also had to serve the remainder of his sentence from his previous conviction under the name of Raines.  There was no parole or second chance in Kimball’s future.  He was transferred to the Penitentiary State Farm in Goochland County where he died on 17 January 1915 from grippe and mitral regurgitation.