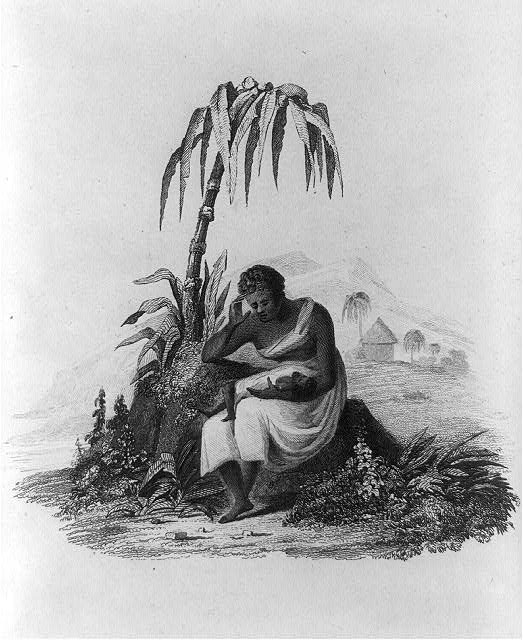 You Have No Right: Jane Webb’s Story

The colonial era Northampton County court records tell a fascinating story of a woman named Jane Webb. Born of a white mother, she was a free “mulatto”, formerly called Jane Williams. In 1704, Jane Webb had “a strong desire to intermarry with a certain negro slave … commonly called and known by the name of Left.” Webb informed Left’s owner Thomas Savage, a gentleman of Northampton County, of her desire to marry Left and made an offer to Savage. She would be a servant of Savage’s for seven years and would let Savage “have all the children that should be bornd [sic] upon her body during the time of [Jane’s] servitude,” but for how long the children were to be bound is not clear. In return, Savage would allow Jane Webb to marry his slave, and after Jane’s period of servitude ended, Savage would free Left. Also, neither Savage nor his heirs could claim any child born to Jane Webb and Left after her period of servitude. Savage agreed to Jane Webb’s offer, and an agreement was written and signed by both parties.

Jane Webb fulfilled her part of the agreement and served Savage for seven years. During that time, she had three children by her husband Left—Diana or Dinah Webb, Daniel Webb, and Francis Webb. After she completed her term of service in 1711, Jane Webb “in a kindly manner” demanded her husband from Savage as well as her children. Apparently, Jane Webb and Savage were at odds on how long the children she bore during her servitude were supposed to be bound to him, and Savage refused to free Left and the children. In April 1711, Savage submitted a letter to the county court of Northampton requesting that Jane Webb’s children be bound to him and his heirs, to which the court agreed.

Eleven years later, Jane Webb filed a petition with the court pleading to the justices to free her children. Webb pointed out to the court her agreement with Savage and beseeched the court that the “children being born in lawful wedlock may not be judged to servitude.” She prayed that the court would not “enslave your petitioner’s children born as aforesaid.” Thomas Savage was unable to, or refused to, appear in court to answer Webb’s petition. On one occasion, he informed the court that he was too sick to attend, and so, the case was continued until the next term, and the next term, and the next term, until it was finally dismissed by the court. Reason given? “Plaintiff’s argument dismissed as frivolous.”

In February 1725, Thomas Savage petitioned the court to have two of Jane’s children, born after Jane completed her term of service, to be bound to him. When you read the petition you will notice that part of it has been marked out. Fortunately, one can make out the words: “…the said Jane hath two children named Lisha & Abimelech the former of which hath long lived with your Petitioner but hath lately been decoyd [sic] away from your Petitioner’s house & is detaind [sic] by her said mother from your Petitioner.” Since Jane had no means to support the children, “they may be induced to take ill courses,” and for that reason, Savage argued that he, and not their mother, had the best right to the children. Savage’s action was in violation of their 1701 agreement as understood by Jane Webb; however, Savage claimed that 1701 agreement permitted him to bind any child born to Jane Webb and Left, even children born after Jane’s seven years of servitude. Savage never produced the agreement as evidence in the case, but he did provide two witnesses who informed the court that they had seen an indenture between Savage and Jane Webb in which “it was agreed that the said Jane was to serve seven years & all her children born in the lifetime of her husband Left should serve the said Savage.”

At the same time the court was hearing Savage’s petition, Jane Webb tried to win freedom for her husband and children in the chancery court. In March 1725, Webb filed her bill of complaint against Thomas Savage in which she recounted the agreement the two made and accused Savage of holding in bondage children born to her and her husband after 1711. She accused Savage of concealing the written agreement which made it difficult for her to prove her case in the previous suit. She asked the chancery court to issue a writ of subpoena to Savage “commanding him” to personally appear before the court to answer her complaint and produce the written agreement.

By July 1726, Savage had yet to respond to Jane’s complaint in the chancery court. On 12 July, the justices made their decision on Savage’s petition regarding Lisha and Abimilech. Both were bound to Savage. On that same day, Jane Webb was arrested on the charge of uttering dangerous words “tending to the breach of the peace” which was heard by several individuals. They swore “that the said Jane had declared that if all Virginia Negroes had as a good as heart as she had they would all be free.” The court ordered that she receive ten lashes “well laid” on her bare back at the whipping post and that it was to be done immediately. 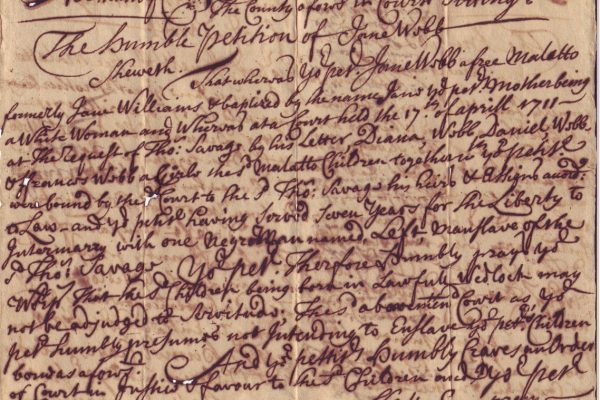 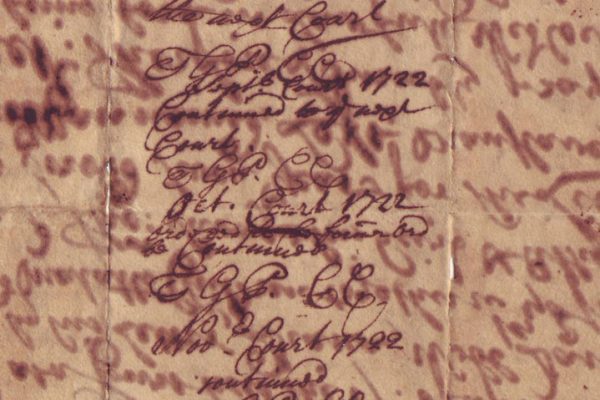 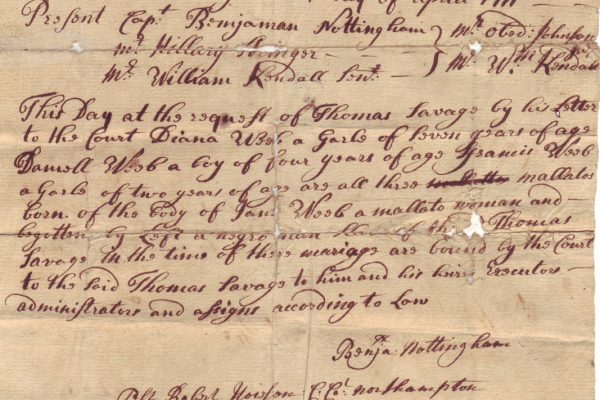 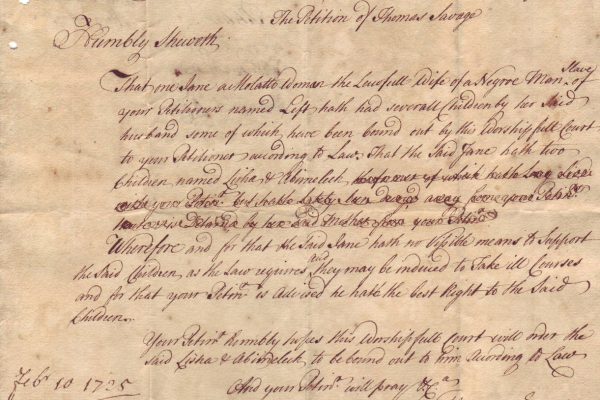 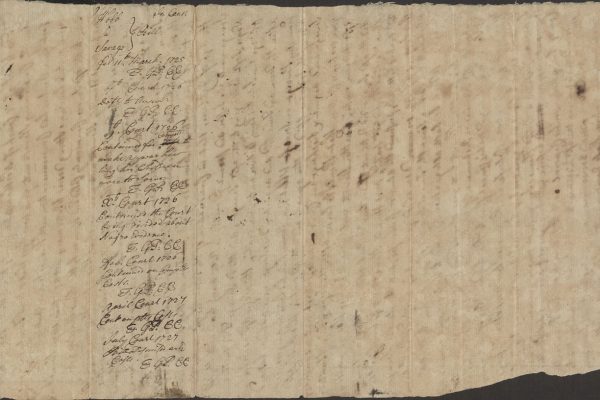 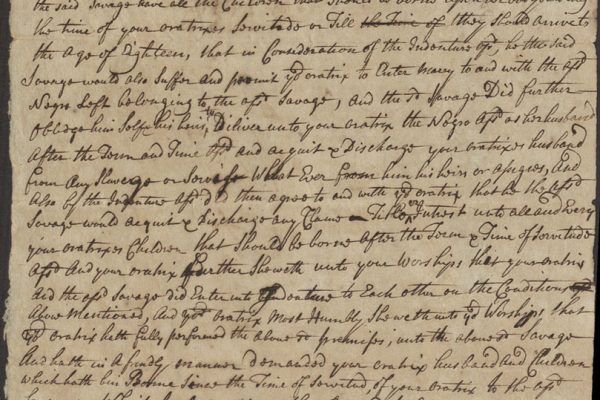 Savage finally responded to Jane Webb’s bill of complaint in November 1726. He informed the court that he never consented to freeing Left and that the children born during and after Webb’s time of servitude were to be bound to him but he could not recall for how long. Once again, Savage did not produce the 1701 agreement. The court put the burden on Jane to produce the evidence on how long her children were to serve Savage. If she could not, the court would dismiss her bill. Jane appeared at the next court held in December 1726 with witnesses to give evidence on her behalf—African-American witnesses. None of the testimony exists because there was some confusion on the part of the court concerning whether the testimony of African-Americans should be admissible. The order book entry reads, “the court being divided about Negro evidence offered ordered the same to be referred to the next court.” In April 1727, the court ruled “that none such [Negro evidence] ought to be allowed.” With no evidence to support her complaint, Jane Webb realized she had no chance of winning her suit. She failed to appear in court the next time the case was heard in July 1727, and the court dismissed the case from the docket. Her husband Left remained a slave and all her children and, by now, grandchildren remained bound to Savage and his heirs.

To learn more stories like Jane Webb’s, visit the Library of Virginia’s latest exhibition You Have No Right: Law and Justice in Virginia, running 24 September 2012-18 May 2013

Information for this story was gathered from the following Northampton County Court Records found at the Library of Virginia: