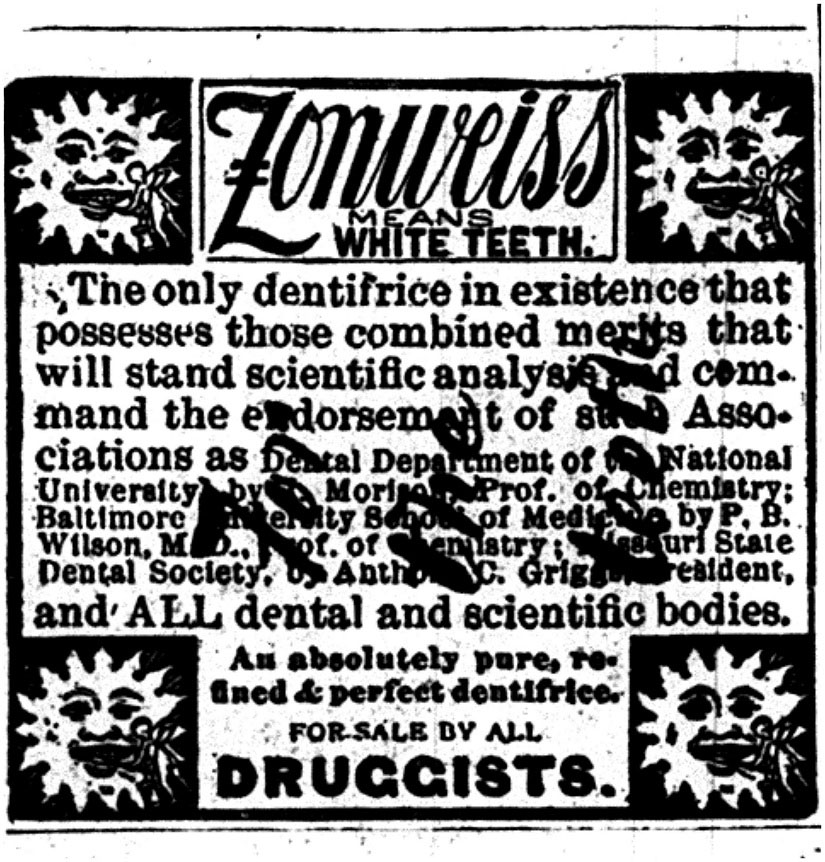 The Critic was a weekly society paper bringing “news, society, drama, and history” to Richmond from September 1887 to December 1890. The paper entertained its readers with articles and jokes, household advice, etiquette, and a gossip column called “Society Chat”, while serving as a vehicle for advertisements directed toward women.  Columns such as “The Stage”, a theatrical review, and a weekly column dedicated to ladies’ fashion, as well as advertisements for bicycles and sewing machines, and features about bathing and other leisure activities at the seashore, provide a window to the culture of Richmond society during the Gilded Age. 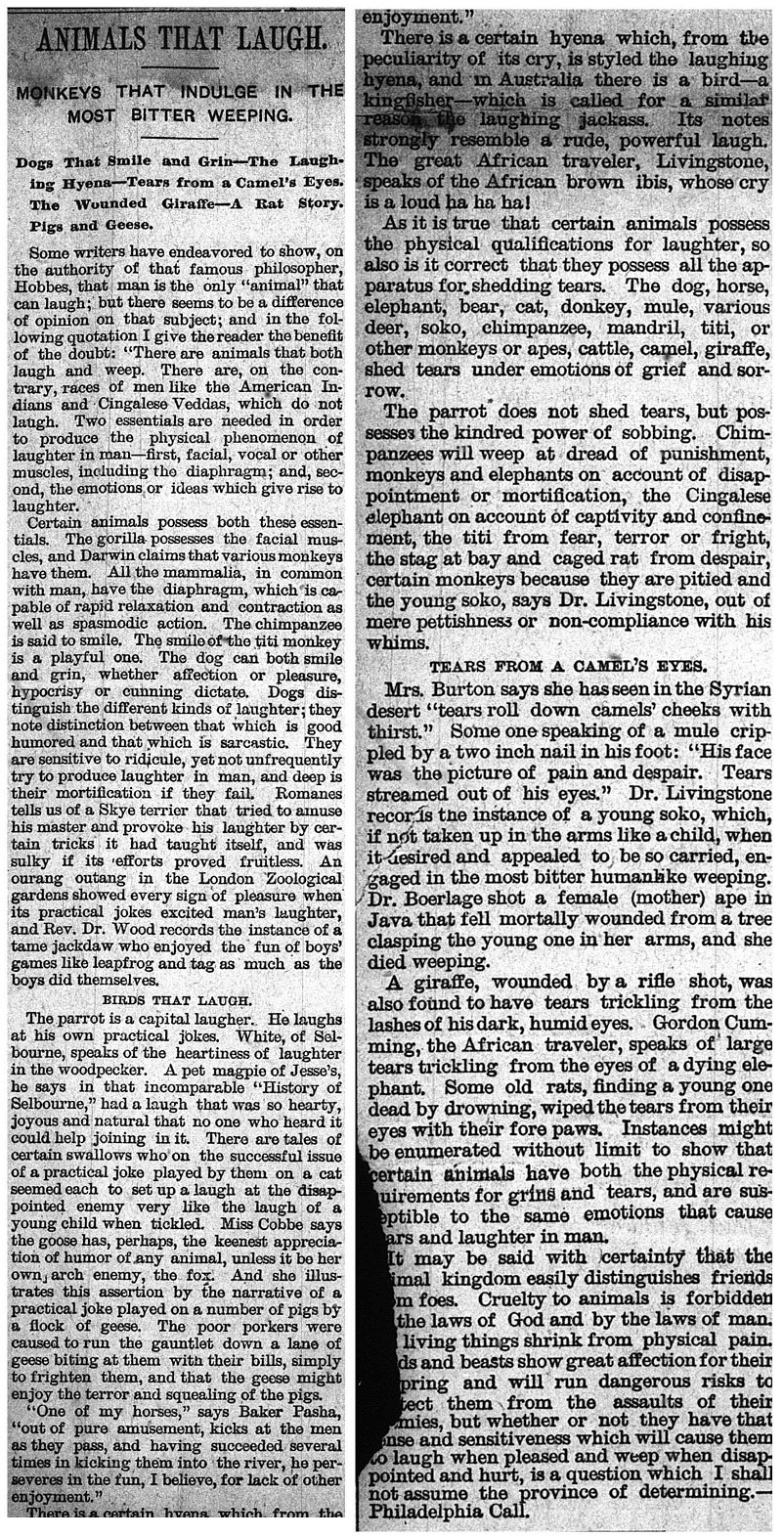 In March of 1890, proprietor and editor William Cabell Trueman transformed the paper into a weekly periodical offering more satire, fiction, and artwork with the intent to appeal to the whole family while still publishing a popular genealogy column and the familiar society, fashion, and household content. Under Trueman, The Critic aspired to rival Life magazine, promising to be a “startling innovation not only in Richmond, not only in Virginia, but in the South!”

While preparing the title history for The Critic, I was amused by similarities in social networking sites of today, such as Facebook, Twitter, and Pinterest, to the paper.  At one point, as I scrolled through the reel of microfilm, I exclaimed to no one in particular, “It’s the printernet!” Thank goodness nobody heard me.

Your friend William Cabell Trueman has shared an article, “Animals that Laugh”.

As you may already know, even as far back as the 1870s humans were obsessed with ridiculous photos of cats. Maybe The Critic didn’t invent LOLcats, but it certainly supplied a demand.

Perhaps the most striking comparison to social media of today can be found in a regular feature of the paper, the “Society Notes” column, or, the status update 1890.  Picture it this way:

(How many “likes” do you think this would post get?)

Miss Rives is going to the event “Europe” in June 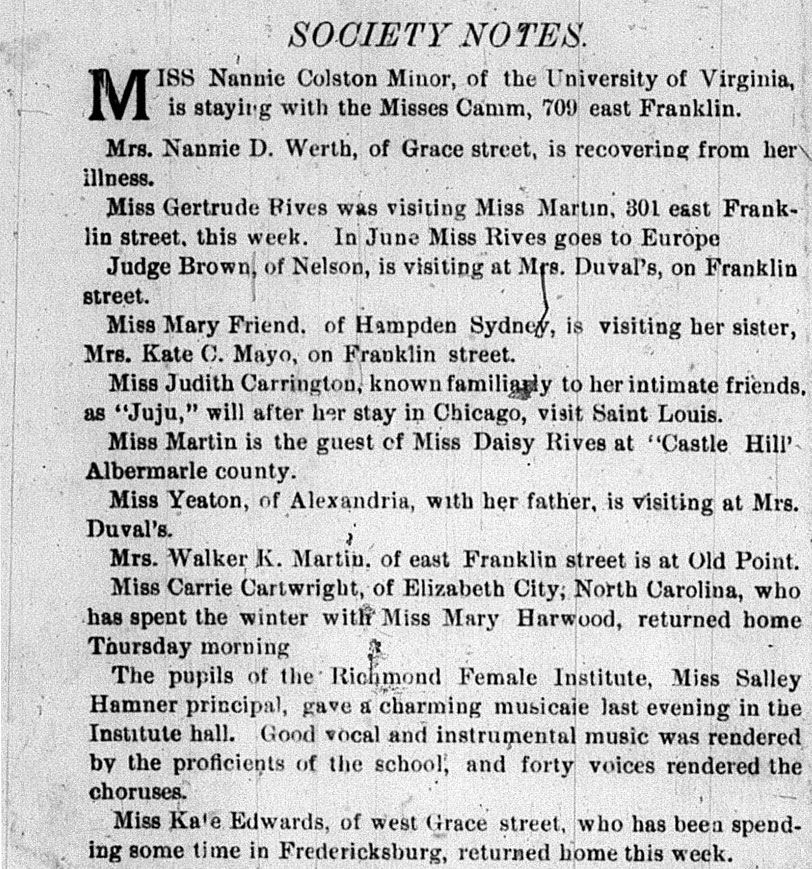 Your friend has posted something about a Hollywood marriage gone awry.

Of course The Critic supplied all the celebrity gossip people still read and share. 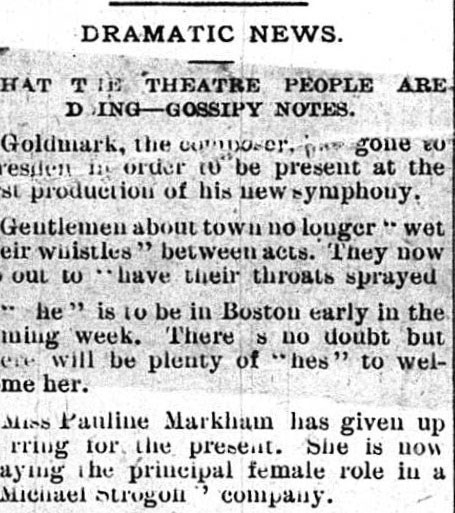 ``Dramatic News. What the theatre people are doing--gossipy notes``, The Critic December 19, 1887 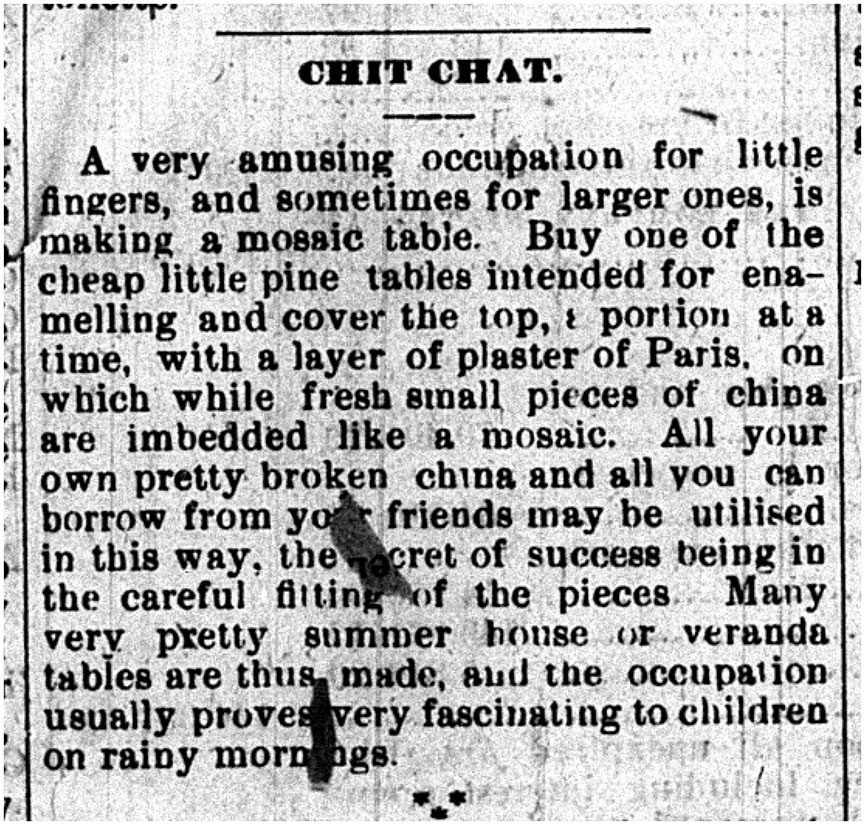 Your friend has posted a link to another DIY project they found on Pinterest.

Take a look at this piece on keeping little hands busy with rainy day crafts using items found around the home.

Everything old is still old, even if you just saw it on Pinterest.  The DIY mosaic project pictured below was “repinned” 264 times (names have been removed to protect the pinner’s identity). Friends of parents with young children will surely recognize the “how old articles of furniture may be re-fashioned” kinds of posts.

Some people still just can’t part with their broken dishes. Speaking of Pinterest, please allow me to take this opportunity to mention the “Fit To Print” pinboard.

Your friend William Cabell Trueman has shared an Instagram photo. 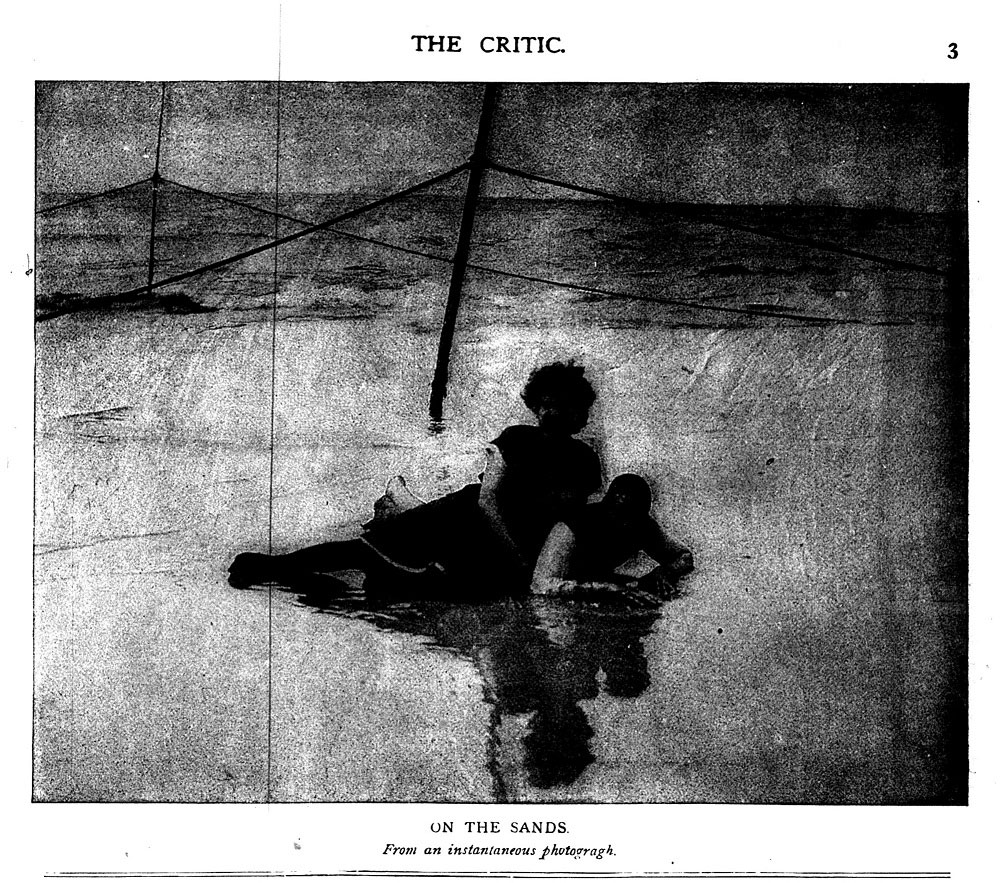 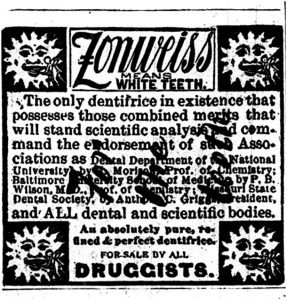 One “magic” pill for numerous ailments and teeth whitening treatments as well as ads for the latest technology and modern conveniences and “too good to be true” vague offers of employment opportunities still abound.

Interspersed with the ads are a jumble of headlines, many of which are sensational and gruesome.

The Critic had some news, too.

Later in 1890, Trueman sold the paper to Jefferson Wallace and Ellis W. Edwards. They changed the first page considerably with their first issue by adding an editorial column with a distinctly partisan voice and pushing “Society Chat” several pages back. At the close of that year, in what would turn out to be the final issue and not long after becoming sole proprietor and editor of the periodical, Edwards announced that The Critic would be relocating to new quarters and promised a new volume of the journal to come with the first issue of the new year.  The announcement went on to add, with apparent chagrin, that “the many more serious demands of the reading public are elegantly supplied by the press of the city, but it appears that The Critic supplies a want.”

Indeed it did, Mr. Edwards, and still does.  Perhaps he was hoping for Slate instead of BuzzFeed. Gone the way of so many of its modern counterparts however, this was the last Richmond would hear from The Critic.