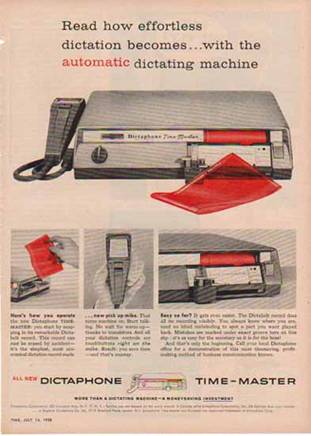 Editor’s Note:  On Sunday 4 February 2013, the Richmond Times-Dispatch ran a front page article on the 1963 Danville civil rights demonstrations.  The Library of Virginia has case files for more than 250 individuals who were charged with various offenses during these protests.  This blog post originally appeared in the December 2003 issue of The Delimiter, an in-house Library newsletter.  This entry has been slightly edited.

The fortieth anniversary of the 1963 Danville civil rights demonstrations passed earlier this year [2003] with merely a brief mention in the press.  In the summer of 1963, violence erupted in Danville, Virginia, as the Danville establishment led by Police Chief Eugene G. McCain struggled to keep Jim Crow order during a series of civil rights demonstrations led by local and national black leaders.  Of the 45 demonstrators arrested in front of the city jail on 10 June, nearly all required medical attention at the hospital for injuries that some defendants testified were the result of being pistol-whipped or struck with nightsticks.  As evidenced in the Civil Rights Demonstrations Cases legal files on microfilm and audio compact discs at the Library of Virginia, sporadic demonstrations continued until late August 1963 despite the violence.

In the late summer of 1999, the Danville Circuit Clerk of Court transferred the legal files of the Civil Rights Demonstration Cases to the Library of Virginia for processing due to security concerns and preservation issues.  Jay Gaidmore, the archivist charged with organizing and describing the collection, wrote in his Spring 2001 Delimiter article that the collection spanned the years 1963–1973 and included “bills of particulars, bond records, correspondence, court dockets, court orders, Dictabelts, evidence, judgments, petitions, photographs, receipts, subpoenas, and transcripts of testimony that document the legal aspects of the civil rights demonstrations from the Danville Corporation Court to the Virginia Supreme Court of Appeals.”  After processing had been completed, a grant secured from the Virginia Circuit Court Records Preservation Program allowed for the subsequent microfilming of these court files.  By early spring 2001, the microfilm collection had opened to patrons and students of the Civil Rights Movement.

While this new visual civil rights resource now was open to researchers, archival efforts to preserve the audio contents on the collection’s 130 Dictabelts were only in the initial stages.  During the Danville Corporation Court civil rights trials, a Dictaphone machine operated constantly (even in closed judge’s chambers) and the resulting Dictabelts contained a full account of the court proceedings heard from 13 December 1966 to 6 April 1967.  Prevalent in courtrooms and insurance offices in the 1960s, the Dictabelt was the acetate-based medium for the once-popular Dictaphone machine, a groove and stylus-type recording device introduced in 1947 but virtually non-extant and rarely used by the late 1970s.

After inserting a Dictabelt into the machine, a pair of mandrels rotated the belt-shaped medium while a lead screw guided a stylus across the belt.  The stylus, driven by the amplified signal from a microphone, cut a groove in the belt and thus stored a signal that could then be played back on the same machine.  While this method produced fairly high-quality recordings of the court proceedings, a Dictaphone machine in good working condition is a particularly rare find today.  The Library and the Clerk’s office recognized that if action were not taken to convert these antiquated sound files, the audio testimony might be lost forever.  A grant from the Virginia Circuit Court Records Preservation Program enabled the Library to convert the dictabelts to compact discs.  Completed in July 2003, the compact discs provide over 85 hours of powerful testimony of Virginia’s civil rights struggle, which could have been lost to history.

Some of the compact discs are mundane recordings of court docket readings and other typical trial procedures, but a careful listening reveals the truth behind the violent demonstrations and the reasons for the demonstrators’ participation.  In one trial, defense attorney Ruth L. Harvey questioned 46-year-old demonstrator Paul Price, who testified he was beaten with a nightstick as he walked away from a demonstration in front of the Danville City Jail on 10 June.  During cross examination Danville city attorney James A. H. Ferguson implies that Price’s injuries may have been caused when he struck a light pole as he ran from police.  In another trial Emmett Lee Banks and Clyde L. Banks, brothers residing in Chatham in Pittsylvania County, state that they came down to Danville to demonstrate as a protest against the exclusion of a black member from the local school board.  In a similar statement, Leonard Winston Chase, minister at High Street Baptist Church in Danville, asserted that he encouraged the demonstrations due to his frustration stemming from the Danville Police Department’s refusal to hire a black police officer.

This new audio resource includes a finding aid containing a list of the audio contents on each compact disc.  By utilizing this finding aid to locate attorney arguments and specific witness and defendant testimony, students of the Civil Rights Movement now will be able to hear first-hand voice accounts given by the demonstrators and police and the tactics used by the attorneys to defend and prosecute the demonstrators.  Patrons may access the media in the Archives and Manuscripts Reading Room at the Library of Virginia, where a compact disc player with headphones is available.