Violence in Danville: Preservation of a Civil Rights Legacy

Editor’s Note:  On Sunday 4 February 2013, the Richmond Times-Dispatch ran a front page article on the 1963 Danville civil rights demonstrations.  The Library of Virginia has case files for more than 250 individuals who were charged with various offenses during these protests.  This blog post originally appeared in the Spring 2001 issue of The Delimiter, an in-house Library newsletter.  This entry has been slightly edited.
[singlepic id=1728 w=320 h=240 float=left]In August 1999, the city of Danville’s Circuit Court Clerk approached Glenn Smith, Grants Administrator of the Virginia Circuit Court Records Preservation Program, with a dilemma.  The city possessed a box of heavily used materials relating to the 1963 Danville civil rights demonstrations.  Concerned about both the preservation and security of the collection due to high volume usage, the clerk agreed to have the material transferred to LVA for processing and organization so that it could be microfilmed.  Though a local records collection, I was assigned the task of processing the material because of my past research on John W. Carter, a former Danville city councilman who aided the Commonwealth’s Attorney in prosecuting the civil rights demonstrators.  I interviewed Carter for my thesis on the Virginia Conservative Party on several occasions.  This was a segregationist third political party formed in 1965 to oppose Mills Godwin’s campaign for governor.  Godwin had angered many by supporting Lyndon B. Johnson during the 1964 Presidential campaign, and Johnson in turn had angered segregationists with the Civil Rights Act of 1964.  Carter was a founding member of the party and a candidate for Attorney-General and United States Senator on the party’s ticket.  During these interviews, he spoke in detail about his role in the Danville saga.  Due to my interest in the topic, I gladly accepted the task of processing this collection and being part of an effort to preserve materials that document such an important chapter in Virginia’s history.
When images of the civil rights movement come to mind, most individuals picture African American demonstrators being attacked by police dogs, or assaulted with fire hoses and nightsticks in cities like Selma and Birmingham, Alabama, and in Mississippi.  Virginia is not often associated with the violence that plagued much of the southeastern U.S. during the height of the civil rights movement of the 1960’s.  In fact, while Virginia did experience sit-ins and demonstrations in Lynchburg, Richmond, Petersburg, Farmville, and other cities, the protests never deteriorated into violence.  In the summer of 1963, however, Danville proved the exception.
On 31 May 1963, civil rights demonstrations began peacefully in Danville and ended without incident, the police making no arrests and the local press ignoring the demonstration.  However, on 5 June, the demonstrations became more unruly as participants sat down on Main Street in order to impede traffic.  The police quickly summoned Judge Archibald M. Aiken, judge of the Danville Corporation Court, to the scene, and he ordered the demonstrators to disperse.  The demonstrators, however, refused, prompting Aiken to issue a temporary injunction the next day ordering the demonstrators to desist from assembling in an unlawful manner, interfering with traffic and business, obstructing entrances to businesses and public buildings, participating in and inciting mob violence, and using loud language that disrupts the peace.  In addition to the foregoing injunction, Aiken convened a special grand jury, which indicted the demonstration leaders under a slavery-era law known as “John Brown’s Law” that made inciting the black population to “acts of violence or war against the white population” illegal.  Also, the Danville City Council, under the leadership of attorney and staunch segregationist John W. Carter, adopted two ordinances limiting the size, place, and time of demonstrations and requiring a permit to parade.  Despite Aiken’s and the city council’s attempts, the demonstrations continued.  Civil rights activists from the Student Non-Violent Coordinating Committee (SNCC) and the Congress of Racial Equality (CORE) soon arrived in Danville to participate in the demonstrations.
[singlepic id=1727 w=320 h=240 float=right]On 10 June, after a full day of protests, the police, with nightsticks and fire hoses, attacked the demonstrators picketing the city jail.  Forty-seven of the 50 demonstrators required medical attention for their resulting injuries.  Despite the violence, the demonstrations continued and by mid-July over 250 people had been arrested on charges of contempt, trespassing, disorderly conduct, assault, parading without a permit, and resisting arrest.  Danville police resorted to arresting the parents of jailed demonstrators when they arrived at the jail to post bail for their sons and daughters.  The mothers and fathers were charged with contributing to the delinquency of minors by not providing adequate parental supervision.
The collection contains court papers and legal files spanning the years 1963-1973 and includes bills of particulars, bond records, correspondence, court dockets, court orders, dictabelts, evidence, judgments, petitions, photographs, receipts, subpoenas, and transcripts of testimony that document the legal aspects of the civil rights demonstrations from the Danville Corporation Court to the Virginia Supreme Court of Appeals.
In addition, the collection included 130 dictabelts, plastic belts about 3.5 inches wide and 12 inches around, mechanically recorded using an engraving process and replayed with a stylus similar to that of a record player.  These dictabelts are an antiquated recording medium with very few machines available for replay.  The clerk was concerned that the contents of these dictabelts would be lost forever if they were not converted to a modern recording medium.  A grant from the Virginia Circuit Court Records Preservation Program enabled the Library to microfilm the records and to convert the dictabelts to compact discs.
The 1963 Danville Civil Rights Case Files are available for research at the Library of Virginia and should prove to be an important source for those interested in of the civil rights movement in Virginia.  The finding aid for this collection can be viewed here.
-Jay Gaidmore, formerly Private Papers Program Manager at the Library of Virginia.  Jay is currently the University Archivist at the University of North Carolina at Chapel Hill.  He is a contributor to the UNC blog,  For the Record:  News and and Perspectives from University Archives and Records Management Services. 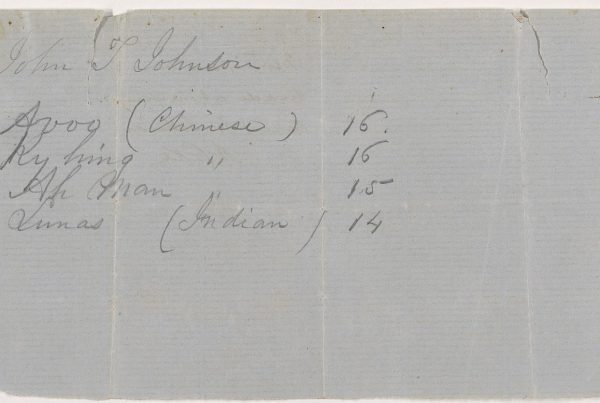 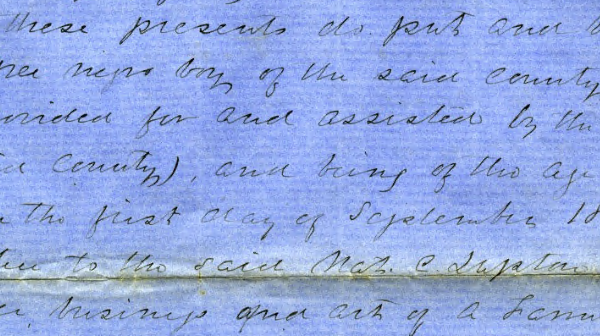