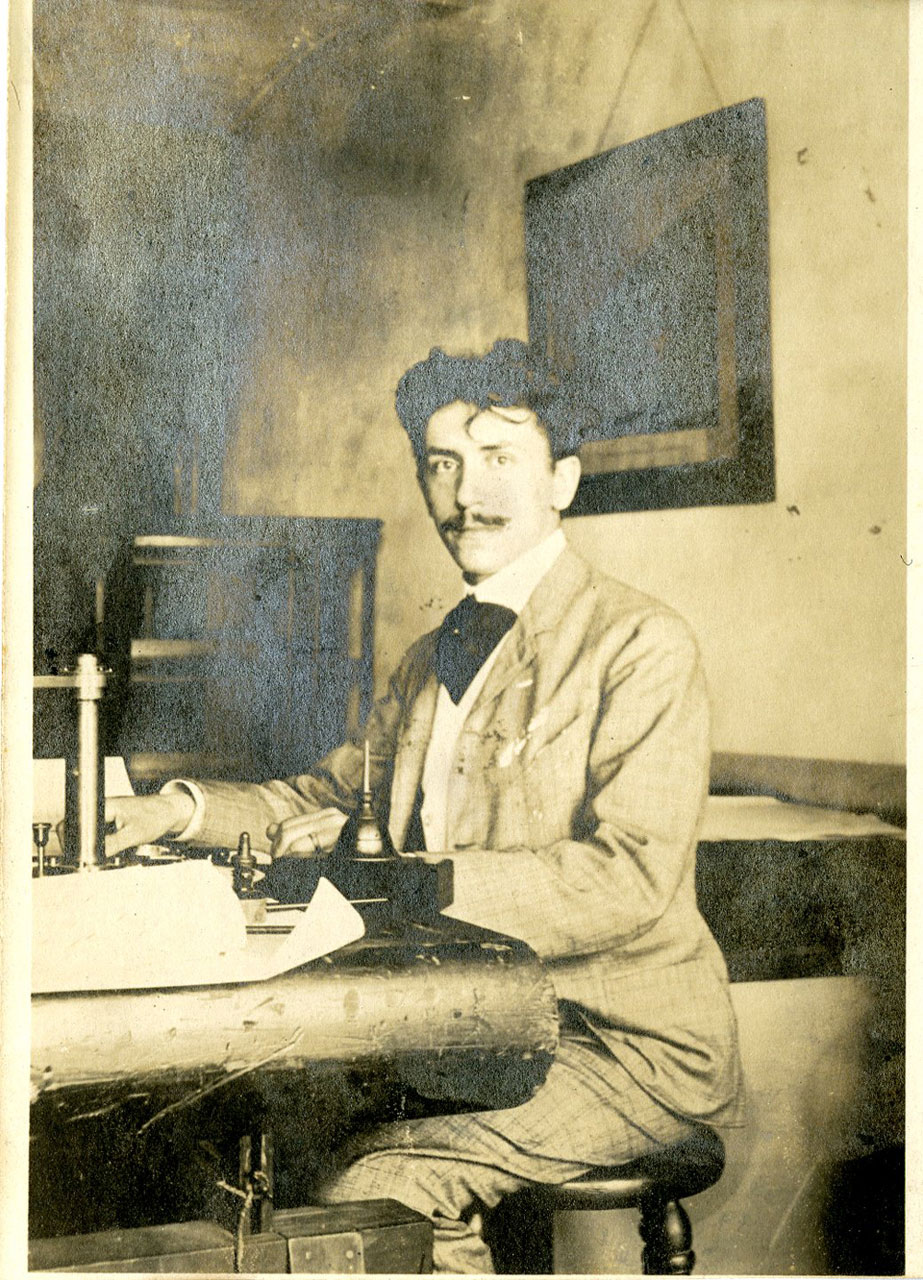 Lura Royall was a Lunenburg County girl. Her relatives remember her as a pretty woman who never married—a retired school teacher full of life well into old age. But there was a part of her life that remained a secret from her living relatives. It was a secret recently revealed in 97 letters and postcards, written across a span of 21 years, to her from a Russian émigré, Vladimir Sournin, her fiancé.

Photograph of Vladimir Sournin at work as a cartographer, undated.

These letters, part of several cubic feet of papers left in the old courthouse by former Lunenburg County clerk John L. Yates, were stashed among bills, statements, and personal business correspondence. How the letters ended up in Yates’ file cabinets is uncertain, but they reveal an on-again-off-again relationship between Vladimir and Lura that started in 1898 and lasted until at least 1925.

Vladimir Sournin’s life is a little known historical footnote now, but he was no ordinary man. Ambitious and talented, his career and interests led him to three continents where his path intersected with major world events and some of the most well-known people of his day.  His letters reveal him to be supremely confident in his abilities and fearless in attempts to achieve his goals. This same persistence is evident in his effort to woo Lura Royall.

Sournin was born in 1875 into a military family in Mstislavl, Russia. In St. Petersburg, Russia, he became an expert chess player, sharpening his game under a world champion. While continuing his education in Paris, he became enamored of the American cause during the Spanish-American War and volunteered for the U. S. Army infantry.

Afterwards he stayed in Washington, D.C., and began a career with the U.S. Geological Survey as a cartographer, eventually being recognized as one of the country’s best draftsmen. He completed a well regarded survey of the Panama Canal Zone, then under construction, and was awarded a presidential medal for his work there. Several of Vladimir’s letters from 1908 were sent from the Canal Zone.

An illustrated strip attached to a letter, 20 February 1924, depicts what Sournin described as the couple in the Bahamas.

Sournin toured as a lecturer speaking about the Canal across Europe and the United States, but his triumphant tour seemed to hit a dead end in Russia. In a letter dated 15 September 1912, he wrote to Lura asking for money to help buy a ticket back to the United States after an absence of two years. He claimed that a hospital stay after an illness left him nearly destitute, his lectures were being suppressed, and his motiograph, a hand-cranked picture projector, was confiscated. He wrote, “O Miss Lura…I can tell you… Russia is not the place for an ambitious man.” It was not the last time he would ask Lura for money.

It is unclear if he left Russia in 1912, but there is a second letter to Lura from Vladimir in Russia dated March 1915 when World War I was raging across Europe. He wrote, “Now, Miss Lura, in the most bitter moment in my life – I pray [sic] you help me! The condition of this horrible war is indescribable… it’s awful….” In this letter he again asks her for money for the fare back to the United States adding that he sustained minor wounds. Given his family background, Vladimir most likely served as an officer in the Russian army in some capacity. The circumstances of his escape from Russia are unclear. Did he desert the Russian Army? Was he in Russia during the Russian Revolution of 1917? The next correspondence to Lura was, of all things, a postcard from Hawaii dated 24 January 1918. Later, in March of that year, he writes to express his joy at being back in the United States and promising to repay her the $10 he owed her as soon as he got a new federal mapmaking job. 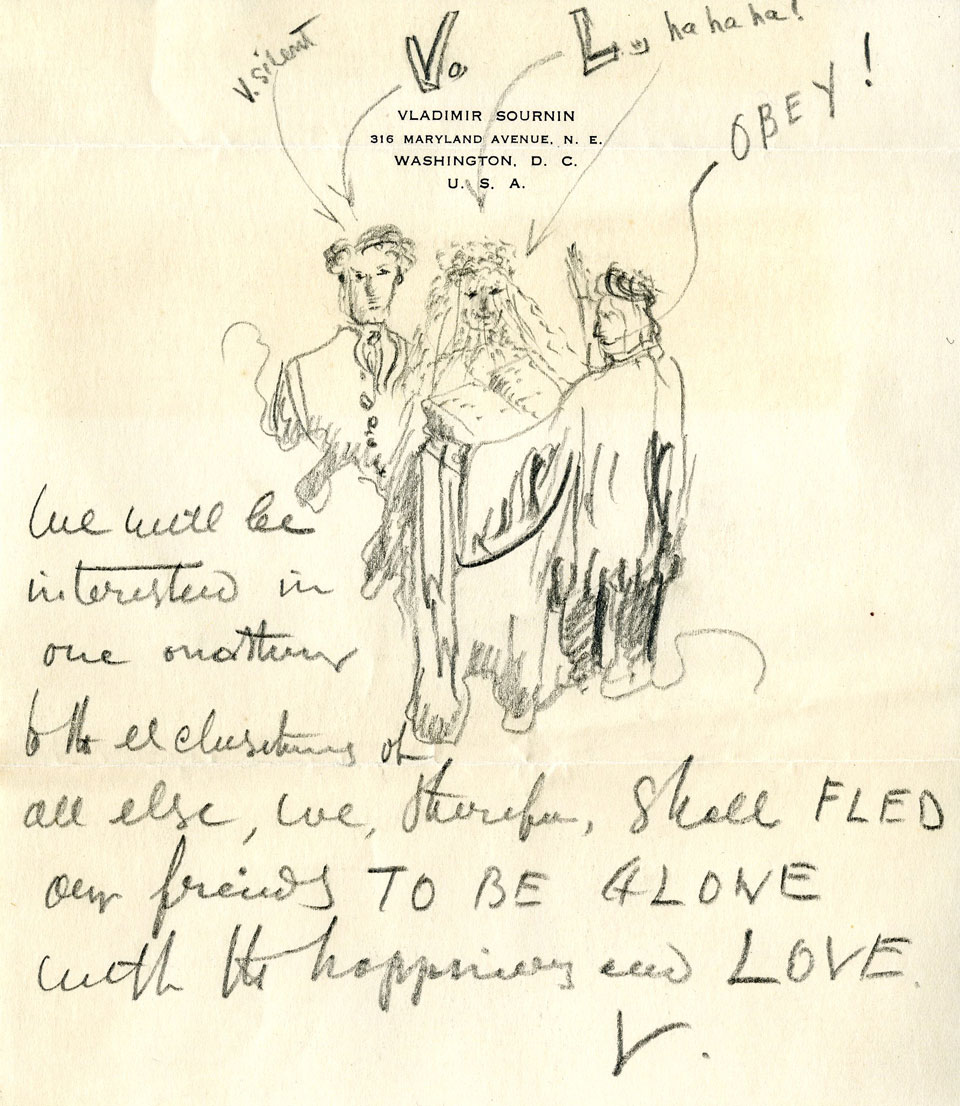 Vladimir Sournin's drawing his wedding to Lura Royall with the minister depicted as telling Lura to Obey, undated.

After World War I, Vladimir collaborated with General John J. “Black Jack” Pershing, leader of the American Expeditionary Force in The Great War, to create a map identifying Native Americans’ contributions to the war effort. Famed American Indian photographer Joseph K. Dixon personally supervised the map project and department store magnate Rodman Wannamaker, the Sam Walton of his day, funded the effort. Vladimir proudly sent Lura some of his own correspondence with Dixon which remains in the collection.

Also during this time, Vladimir made his mark in the American chess community. Considered to be a near-master player, he defeated a reigning world champion in 1908 and was a five-time Washington, D. C., Capital City Chess Club champion in the 1920s and 1930s. He often wrote to Lura between matches, and several letters in the collection bear the letterhead of hotels where he played tournaments. 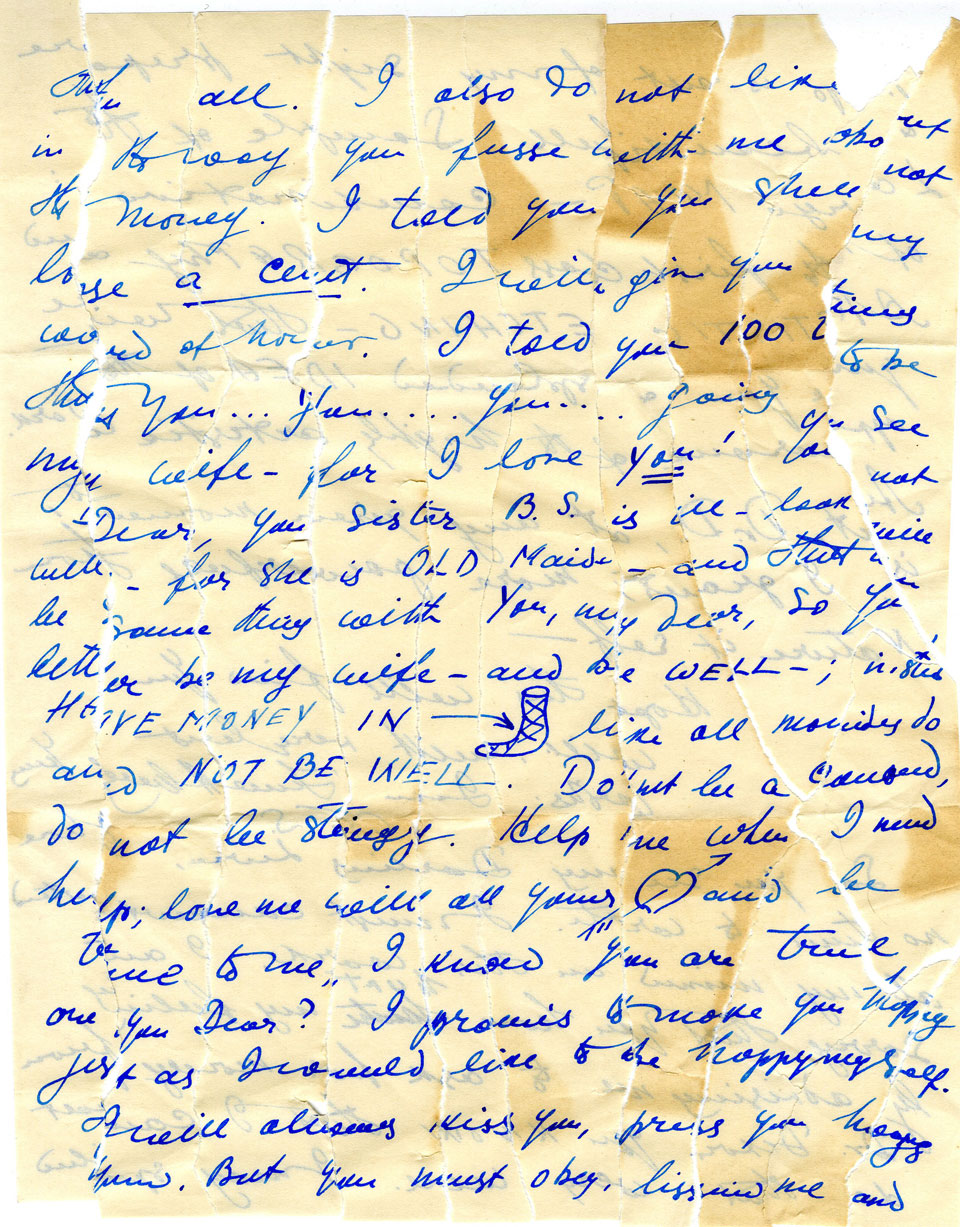 Lura led an unconventional life also. Though she was popular with men she never married. Her teaching career in Lunenburg County gave her an income and allowed her to travel in the summer. Her brother, Lucius, and his wife ran a boarding house in Washington, D.C. A relative remembers her as a social butterfly who loved taking part in all that Washington had to offer. Her dancing shoes from those days, surely well-used, remain in family hands.

One can glean from Vladimir’s letters that the weight of family responsibilities weighed heavily on Lura. She felt responsible for her elderly mother, who died in 1922, and for her sister, Betty Sue, whose once pretty face was deformed by an operation. The letters mention Betty Sue pulling through bouts of serious illness.

Lura’s independence must have attracted Vladimir but seemed to also worry him. He asked her to marry him in a letter dated 20 September 1924. At this point she was 45-years-old and Vladimir was 49. Their intermittent relationship began when he was in his early twenties and she was 19.

After their engagement his letters are riddled with references, joking and otherwise, for the need for her to obey him once they were married and the necessity of her leaving her teaching career to keep house.

It is unclear how Lura’s health played into this period of her life. She died in 1980 at 101 in a nursing home in Blackstone. In her obituary a nephew stated that she contracted tuberculosis in 1924 and was forced to retire from Lunenburg County schools after a 21-year career. Two letters from Vladimir in that year are addressed to Lura at the Catawba Sanatorium near Roanoke, including the one in which he proposes marriage. Was Lura more likely to accept Vladimir’s proposal after losing her career and livelihood? She regained her health but the disease seemed to have little effect on her relationship with Vladimir. 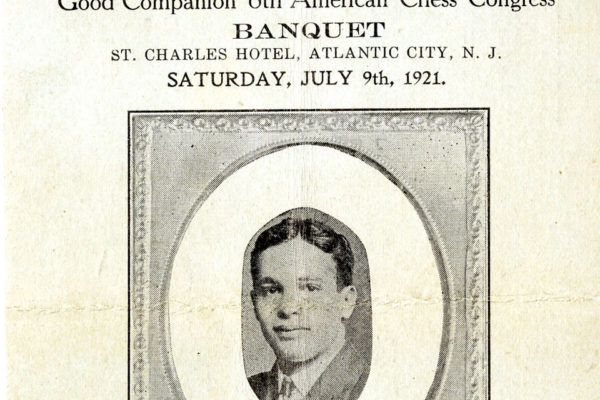 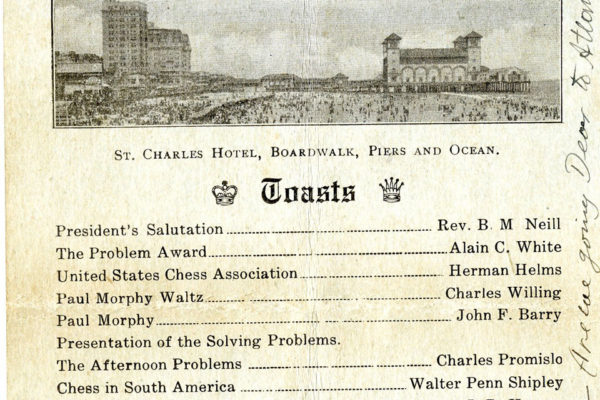 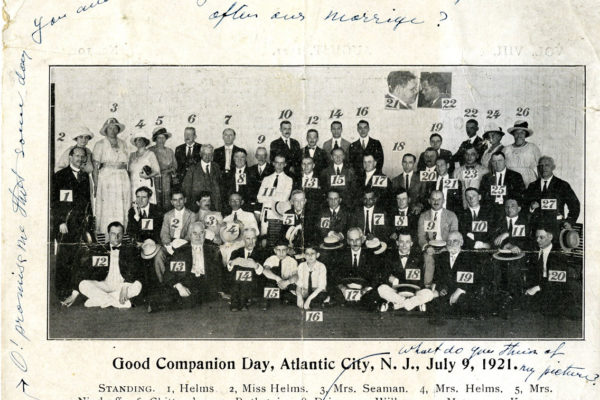 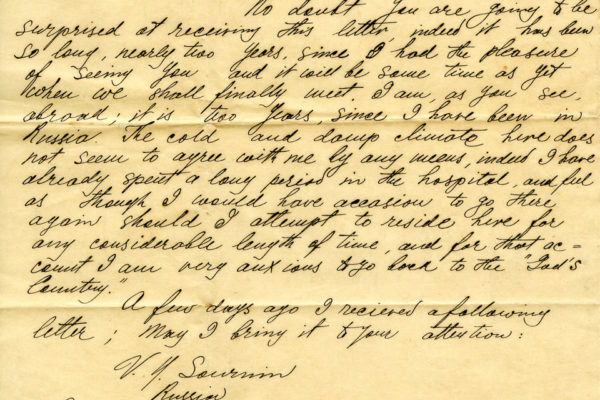 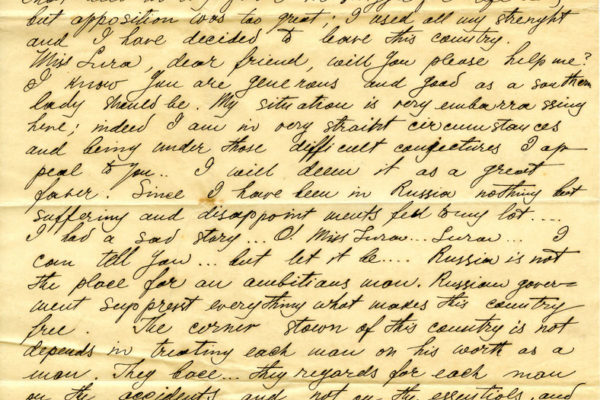 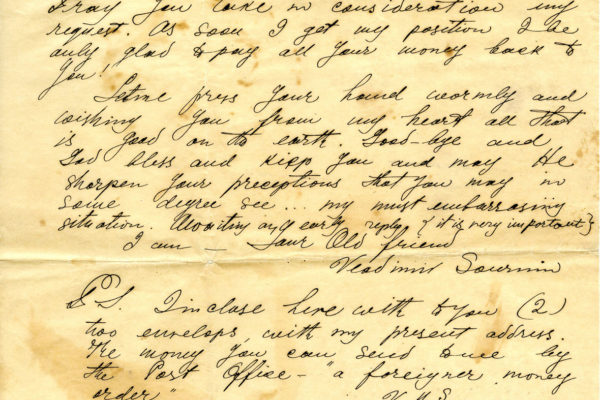 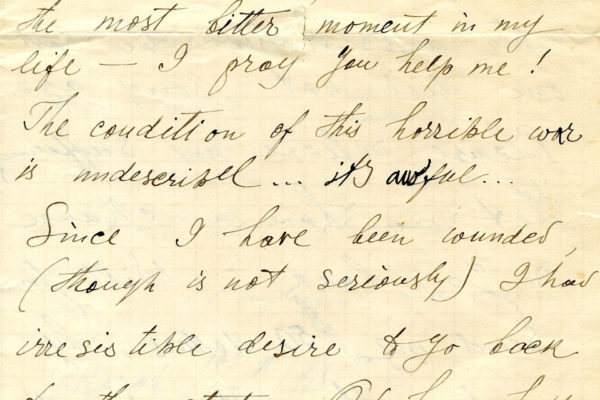 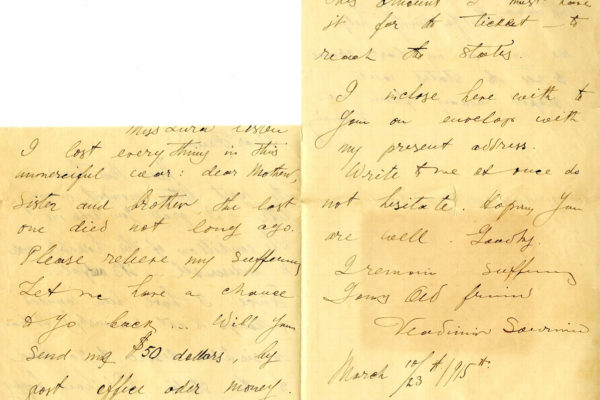 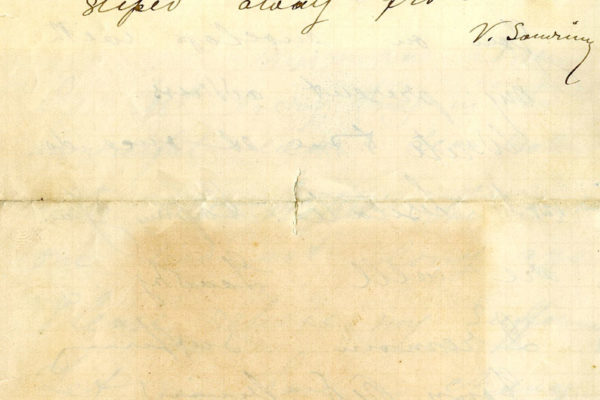 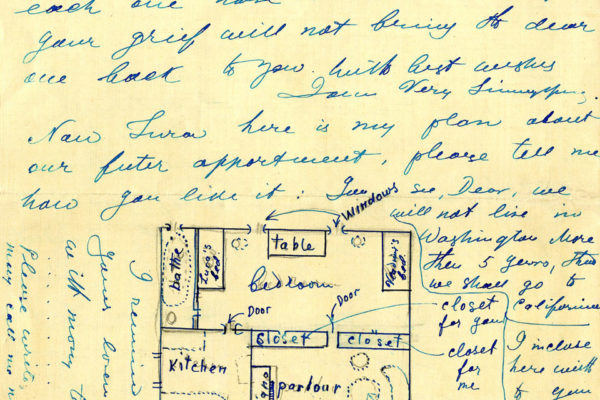 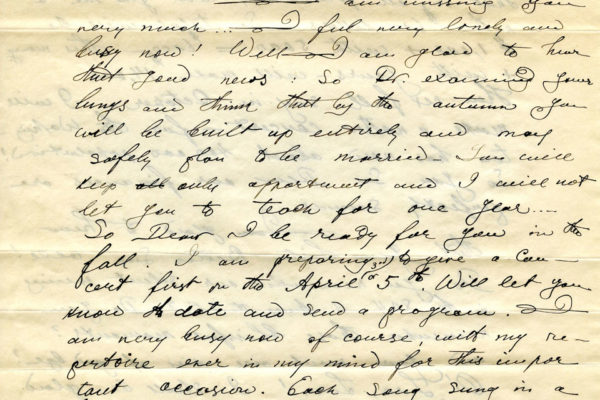 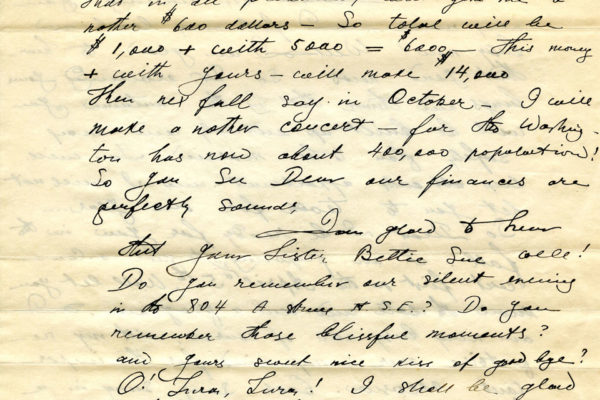 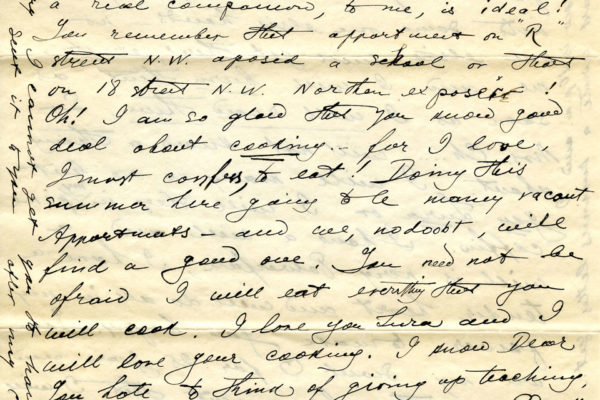 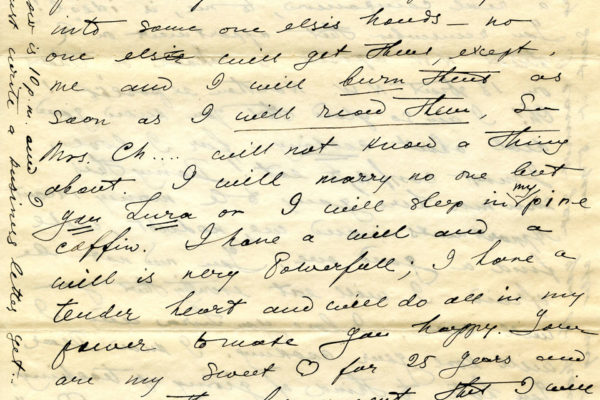 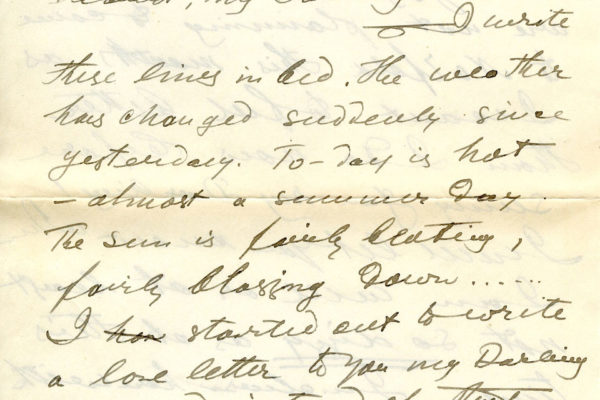 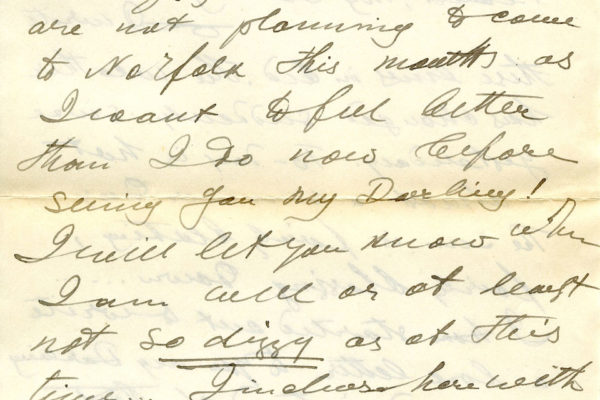 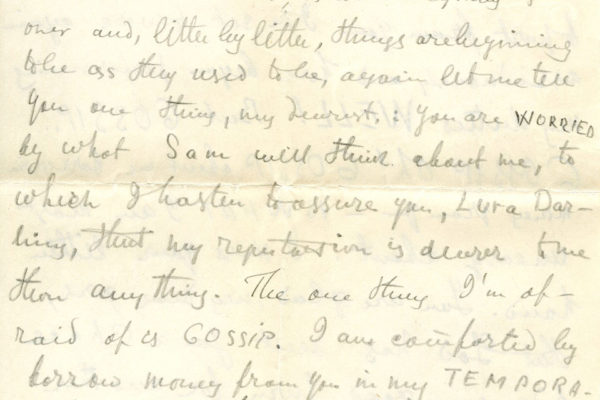 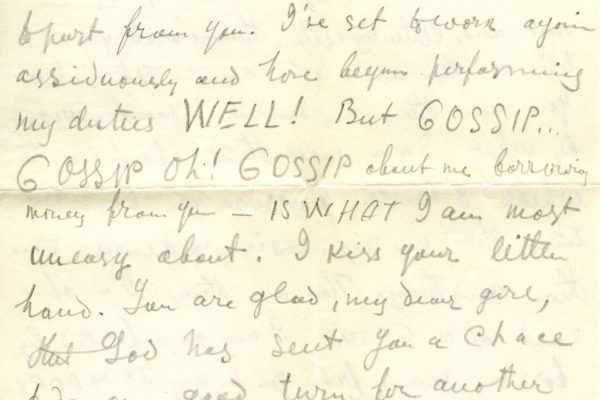 Letter from Sournin (May) pg. 2 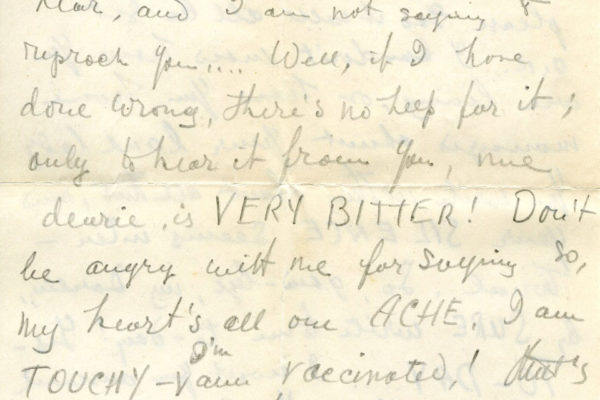 Letter from Sournin (May) pg. 3 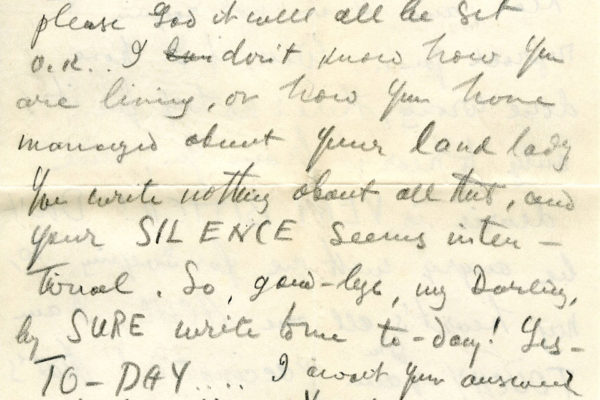 Letter from Sournin (May) pg. 4

Given his flair for the dramatic, it is not surprising that Vladimir began a singing career in the 1920s as “Vladimir Sournin, The Russian Baritone”—the title that adorned the letterhead of most of his correspondence in those years. He wrote to Lura with a detailed business plan showing how his singing would fund their eventual marriage.

What may be the last letter between the two had to literally be pieced together. In it, Vladimir asks her for $50 immediately while promising to pay other debts he owes her, writing that it will be the last time he borrows money from her “till we marry.” Then, after professing his love for her, he writes in uncharacteristically poor English, “You see Dear, your sister (Bettie Sue) is ill, look not well, for she is OLD Maide, and that will be same thing with you, my dear, so you better be my wife [sic].” After this he drew a picture of a sock with an arrow pointing to it and intimated that she, like all old maids, had money hidden away and should not be stingy. Lura ripped the letter to shreds.

This cruelty was probably the last straw for Lura. Though the letter was undated it was similar in physical form to others written in 1925. It seems certain from a few of the letters that at least some of Lura’s brothers, including Lucius, did not like Vladimir. The intense and charming Russian was probably popular with women, and he included in many of his letters to Lura correspondence from another woman still pursuing him, Mrs. Virginia Kennedy, a widow from St. Mary’s County, Maryland.

Lura asked Vladimir to keep their engagement a secret from her family and even asked him to burn her letters, most likely because Vladimir would not have had complete privacy in his boarding house room.

Neither Vladimir nor Lura ever married. He died in 1942 in Baltimore and is buried in Baltimore National Cemetery. He is still known in chess circles for his skills, and his matches are still studied. Lura is buried in the Tussekiah Baptist Church Cemetery in Lunenburg County and is fondly remembered by relatives who knew her. Without these letters the memory of Lura Royall’s relationship with Vladimir Sournin would have died with her in 1980. How they ended up in the courthouse is a mystery. Did she or a relative consider a breach-of-promise lawsuit against Vladimir and deposit the letters there? Or did Lura, who may have worked briefly for the clerk, put the letters where she thought they would be safe from prying eyes? Whatever the answer may be, it is fortunate that this intensely personal glimpse into two lives survives.

The Lura Royall and Vladimir Sournin Correspondence, 1904-1925, is open for research and available at the Library of Virginia.