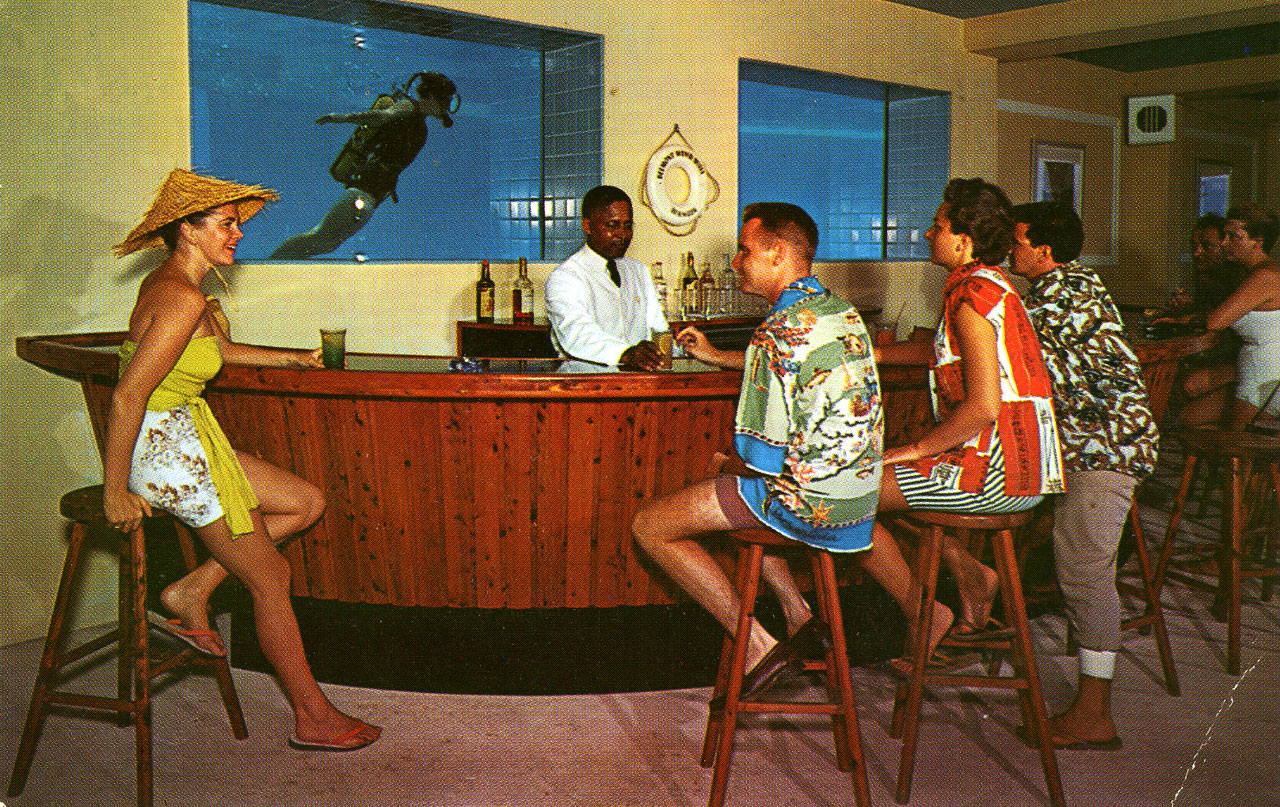 "At the Belmont Manor, oh yes"

We are now into the month of March, and winter continues to drag on.  For those of you suffering from seasonal affective disorder, the Library of Virginia brings you the sights and sounds of paradise in Bermuda at the Belmont Manor Golf and Country Club, courtesy of the Burnett Family Papers, 1881-1998 (LVA Accession 44300).

The bar area at the Belmont Manor Golf and Country Club, overlooking the state-of-the-art pool with 7-foot windows.

The club’s president was Charles Ryland Burnett, Jr. of Richmond, Virginia.  Born on 7 October 1918, he attended Episcopal High School in Alexandria, and then graduated from the University of Virginia. Burnett married Toronto native Miriam Louise Weston (1922-2008), in Richmond on 17 April 1954.

Weston’s father, Willard Garfield Weston (1898-1978), was a Canadian businessman and philanthropist who owned George Weston, Ltd. and its various subsidiaries and associated entities, including Associated British Foods.  He also served in the British House of Commons during World War II.

George Weston, Ltd. purchased the Belmont Manor Golf and Country Club in 1956, and soon Weston’s son-in-law Charles Burnett was on the island and serving as the resort’s president.  “This is a real paradise,” he wrote to his brother Griffin on 16 January 1957, “and I don’t know why they pay me a salary to work here.” 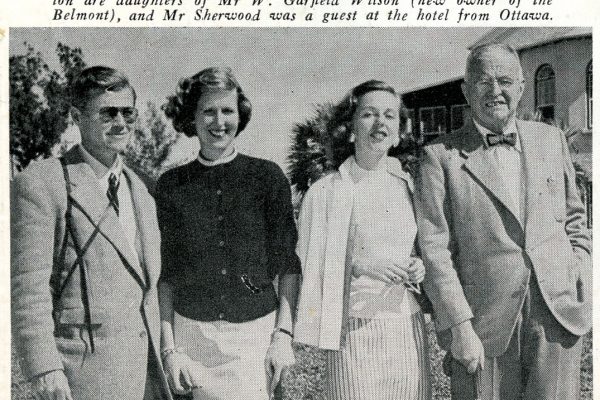 Photograph at the Belmont 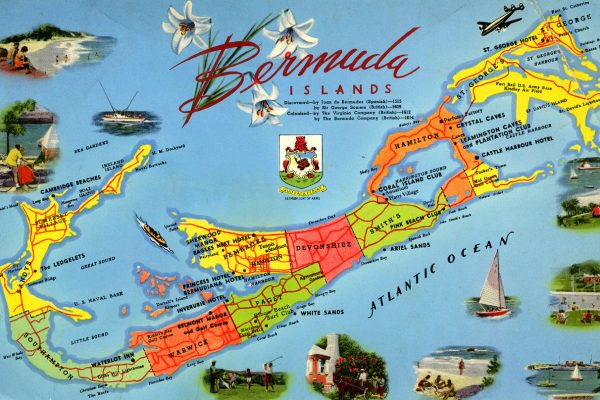 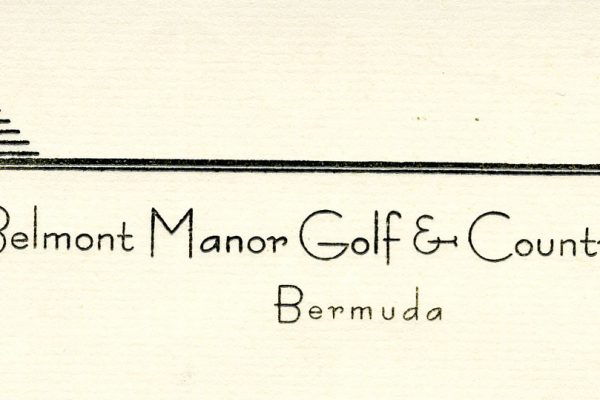 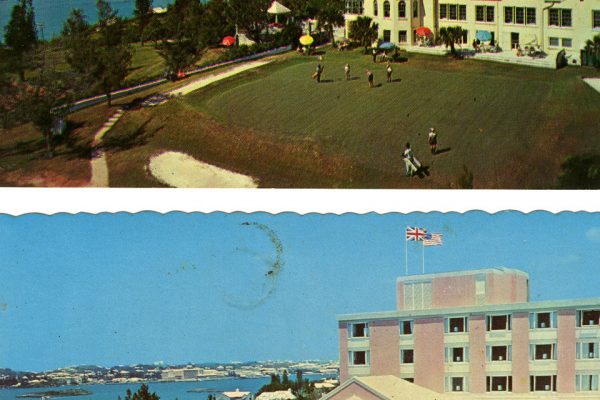 Postcards of the Belmont Manor

6 February 1957 was “Virginia Day” at the Belmont, commemorating a visit by the 350th Jamestown Anniversary Commission, including Virginia Lieutenant Governor A.E.S. Stephens.  The club held a luncheon, and prepared a menu with some favorite Virginia foods, including “Virginia Ham, Stephens Sherry Sauce.”  The lieutenant governor later remarked that it was the first time in his 25 years in public life that he had ever “been designated as a sauce.”

One of the big attractions of the Belmont was its pool.  Constructed about a year after the club was acquired by Weston, it featured seven-foot underwater windows separating the pool and a bar.  At certain times, water ballet was performed in the pool, drawing a nice crowd of viewers, and a pianist played nightly, turning the area into a piano bar.

Management also employed the musical services of the Princeton Tigertones, who entertained guests, and later recorded “The Belmont Calypso.” The Tigertones, an all-male a cappella group formed at Princeton University in 1946, are still in existence today.  In the 1950s, they began to tour Bermuda at the end of each summer.  During this time, the group added many calypso tunes to their repertoire. 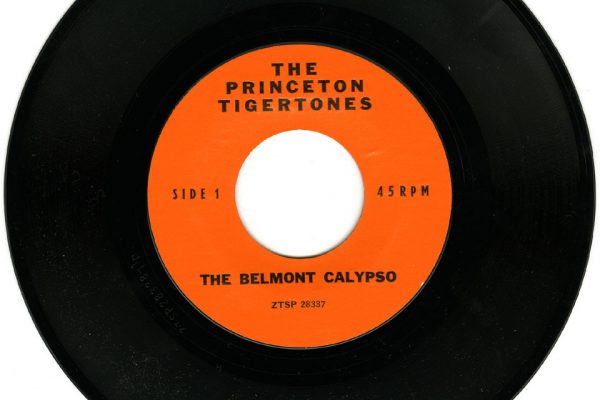 Record of the Belmont Calypso 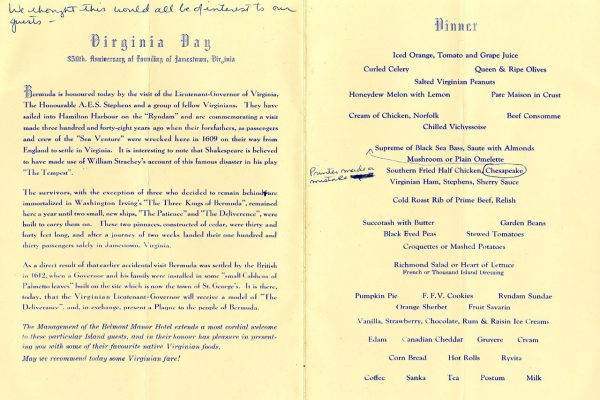 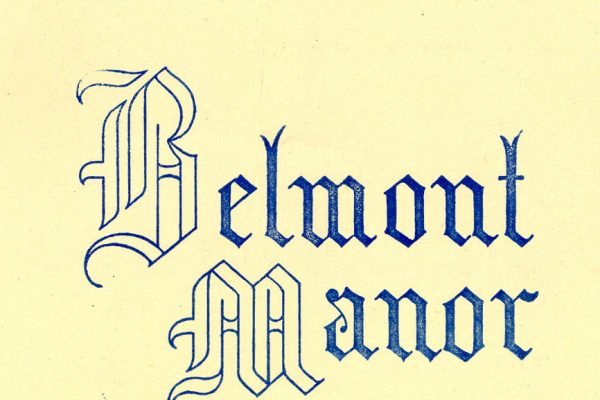 Front of the Virginia Day menu 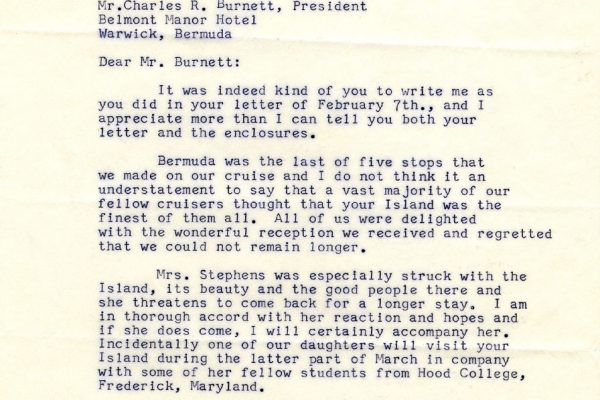 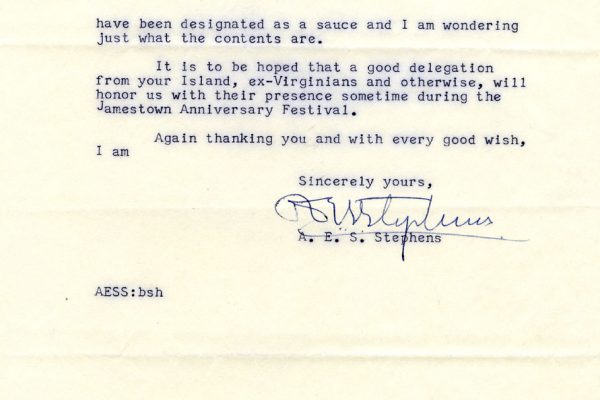 Weston sold the Belmont in the early 1960s. Charles and Miriam Burnett and their young son left for London, where Burnett served on the board of directors of Walters Biscuits, another Weston enterprise.  The club’s site is now occupied by the Newstead Belmont Hills Golf Resort and Spa. Charles Ryland Burnett, Jr. died on 27 August 2004 in Toronto. Miriam Louise Weston Burnett died in Richmond on 12 March 2008. They are both buried in Hollywood Cemetery in Richmond.

During these long March days, take some time to listen to the tropical sounds of the Tigertones, and imagine yourself out on the golf course or viewing the underwater activities in the swimming pool while enjoying a drink at the Belmont Manor Golf and Country Club.  Spring is almost here!

More information on Charles Burnett’s management of the Belmont Hills Golf and Country Club can be found in the Burnett Family Papers, 1881-1998 (Accession 44300), which are open for research at the Library of Virginia.

For information on the Princeton Tigertones, visit their website here.