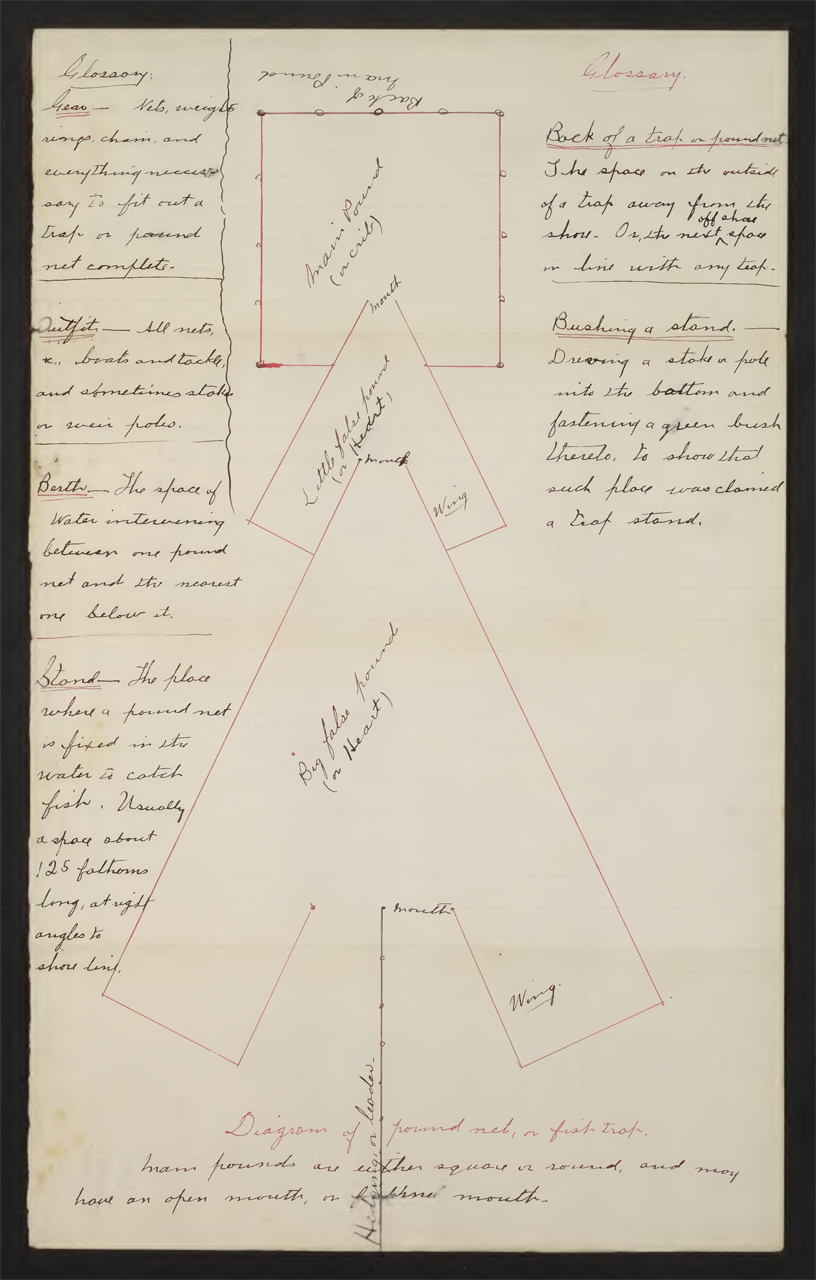 Interested in commercial fishing techniques used in Virginia’s Northern Neck around the turn of the 20th century? Take a look through the Northumberland County circuit court records.

Around 1895, Earnest Krentz and Lanius B. Williams entered into a partnership to harvest fish from the Potomac River near Hack Creek using fish traps or weirs. Krentz supplied the equipment and Williams constructed and managed the traps. Following Krentz’s death in 1900, his widow, Dolly, contracted with another person to use the equipment, and conflict arose between her and Williams over who controlled the sites that had been used while Earnest lived. She claimed that the two sites were owned by the partnership and should be divided between them. Williams countered that he alone was entitled to both locations. In the spring of 1901, Dolly sued Williams (Northumberland County Chancery Cause 1902-010, Dolly Krentz, widow, etc. vs. Lanius B. Williams) on the chancery side of the Northumberland County circuit court to prevent him from interfering with her use of the most profitable spot. After hearing from both sides and reviewing the evidence, the judge ultimately sided with Williams and dismissed Dolly’s suit.

Out of the testimony and exhibits in this suit, a detailed depiction emerges of the equipment, terms, construction designs, and customs surrounding the use of fish traps in this area. For instance, when an individual chose a site for his weir, he installed a pole at the spot and attached a green bush to the top of it to indicate that he intended to occupy that particular location. After “bushing a stand,” custom demanded that other fishermen place their traps no closer than roughly 1,200 yards. Additionally, diagrams submitted as evidence in this case show the locations of other traps in that portion of the river and list their owners’ names. 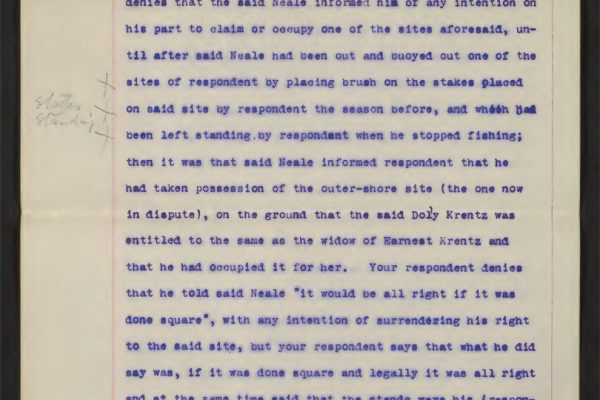 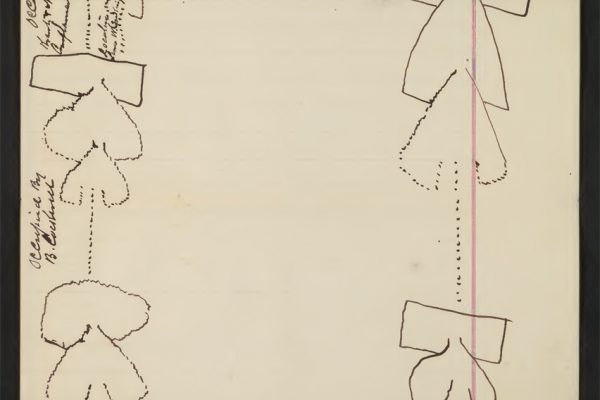 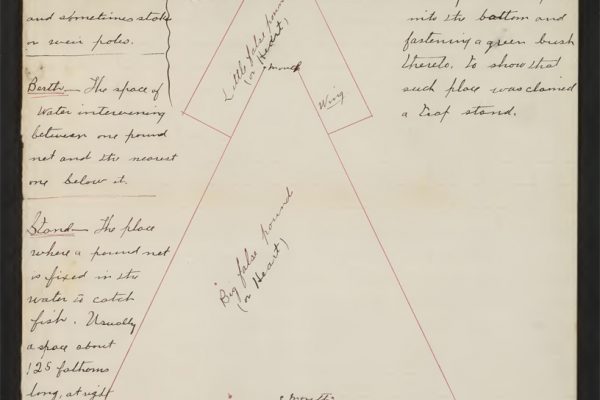 Glossary and diagram for fishing traps 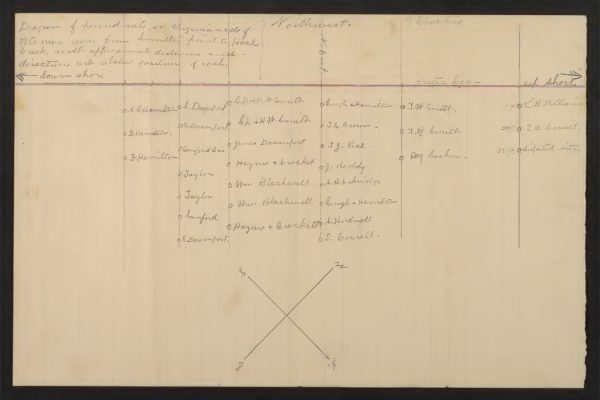 The Northumberland County Chancery Causes, 1759-1912 (bulk 1786-1912), join the growing list of localities whose chancery causes have been digitized and made available on the Chancery Records Index through the Library’s innovative Circuit Court Records Preservation Program (CCRP). 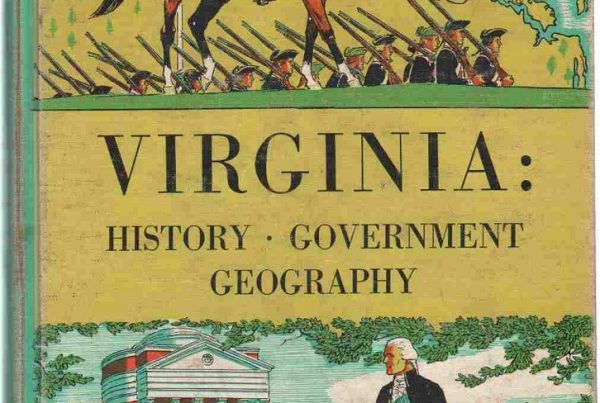