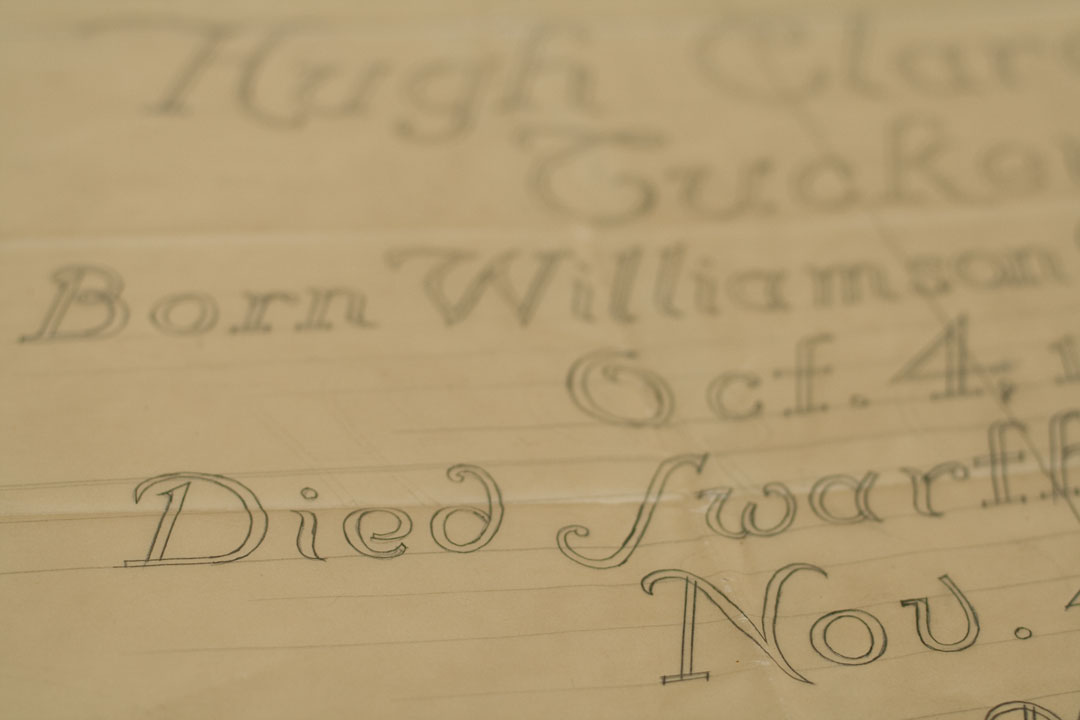 From the files of a funeral home

Editor’s Note: This blog post originally appeared in the Summer 2002 issue of The Delimiter, an in-house Library newsletter, and has been edited slightly.

Among the vast array of resources available for genealogical research at the Library of Virginia, it may be easy to overlook one potential treasure trove of information – funeral home records.  One such collection, the L. T. Christian Funeral Home Records, 1912-1986 (Acc. 34483) holds a wealth of information on generations of Richmonders, making it potentially useful to genealogists, scholars of local history and Richmond personalities, and perhaps even students of race relations.

Langdon Taylor Christian (1853–1935) began life as the son of a Charles City County farmer who emphasized field work and not education.

Detail shot of the oversize sketch provided by family members for the tombstone of Hugh C. Tucker (1857-1956).

Christian had acquired only an elementary education when he decided to leave his family at the age of 18 to seek work in Richmond. After laboring for a time in a tobacco factory, Christian entered employment with John A. Belvin in 1872 in the leading furniture and undertaking establishment in Richmond. Christian applied himself in this endeavor as a fine finisher, varnisher, and cabinet and casket maker. When Belvin died in 1880, Christian succeeded him, reorganizing the business under his own name.

The files kept by the L. T. Christian Funeral Home contain a mass of biographical data relative to nearly every client of the company. As funeral director, Christian and later his son and successor, L. T. Christian, Jr. (1893–1975), were charged with the responsibilities of initiating and filing the required death certificate with state authorities and posting obituaries in newspapers. These tasks required amassing significant genealogical knowledge of each individual including his or her full name, date and place of birth, date and place of death, cause of death, marital status, spouse’s name, parents’ names and places of birth, address, occupation, military service, education, religious affiliation, burial location, and surviving family members. As standard procedure, the funeral home completed a sales agreement for each client that contained this information. Sales agreements are found in each decedent’s file along with copies of every obituary posted and paid for by the funeral home. These documents offer a humanizing exhibit of the family network and personal history of a myriad of Richmond-area citizens.

The files of each decedent also contain correspondence, notes, receipts, and memorabilia that provide deeper insight into the often-difficult logistics involved in this long-lived perpetual care business. Numerous files exist for World War II soldiers, killed and temporarily buried overseas, who were transported and re-interred in Richmond cemeteries after the war with the aid of L. T. Christian’s services. These soldiers’ files contain many of the more interesting pieces of memorabilia in the collection, including what appear to be “dog tags” and “pine box” identification plates. Other memorabilia are found in the file of Hugh C. Tucker, who prior to his 1956 death commissioned a full-scale sketch of his headstone with a local tombstone artist. Correspondence and receipts found in the file of Horace A. Gray, who died along with his wife and three of his four children in a fire at their Windsor Farms home in 1958, detail the intricate role the funeral home played during times of family tragedy. 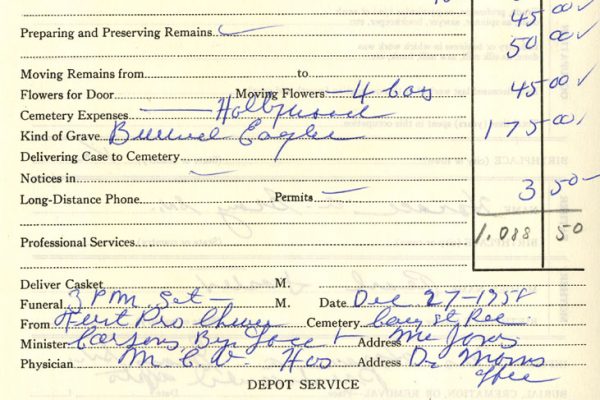 Sales agreement for funeral of Gray 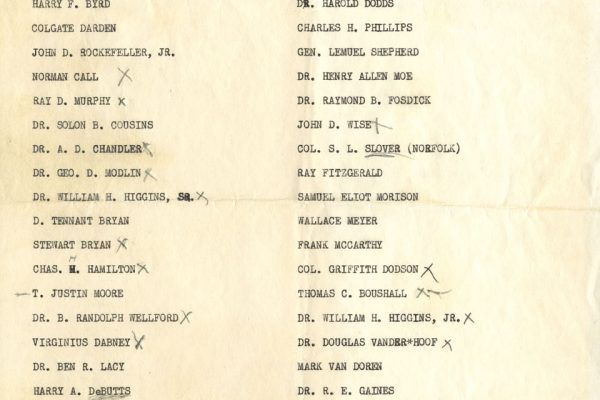 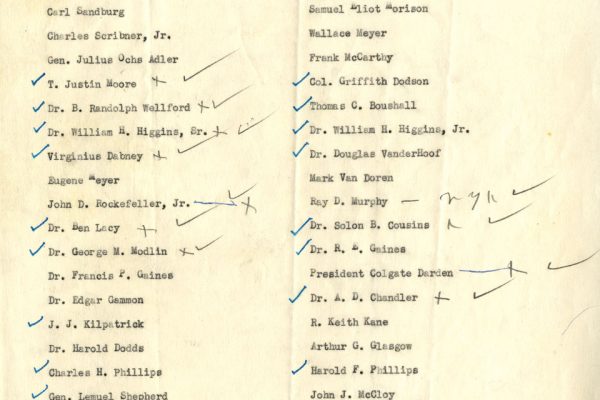 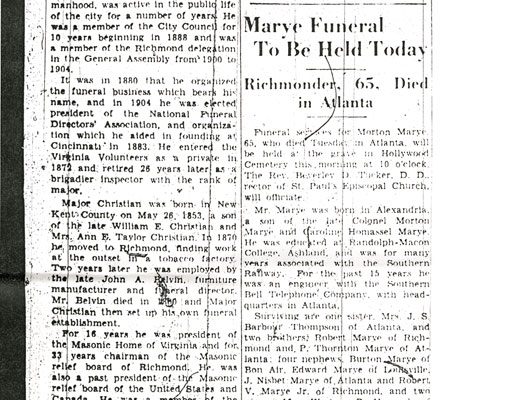 Processing of the records of this premier Richmond, Virginia, funeral parlor included the creation of an accompanying online database that allows patrons and staff to quickly pinpoint the location of any decedent’s file in the collection.  It is surname searchable and includes the decedent’s death or disinterment date along with the box and folder numbers for the file.

Notable decedents included in the collection are former Virginia governor James Hubert Price, department store founder Webster S. Rhoads, Pulitzer Prize-winning historian Douglas Southall Freeman, renowned author James Branch Cabell, and pioneer aluminum magnate Richard S. Reynolds. Researchers will also find decedents whose vital statistics may breach the “missing” or “gap” years of 1896–1912 for state-kept vital records, as well as clients who were born prior to 1853. Notably absent through much of the collection are African-American decedents, who were segregated into black-owned funeral parlors and cemeteries until laws and customs separating the races began to change in the 1960s and 1970s. Students of race relations may find this evidence intriguing in the study of segregation in pre-Civil Rights Richmond.

The L. T. Christian Funeral Home has since been absorbed by Bennett Funeral Home, which is still in operation and donated these records to the Library in 1993.  The varied information available, perhaps surprisingly, in a collection of funeral home records provides further proof of the richness and usefulness of archives.