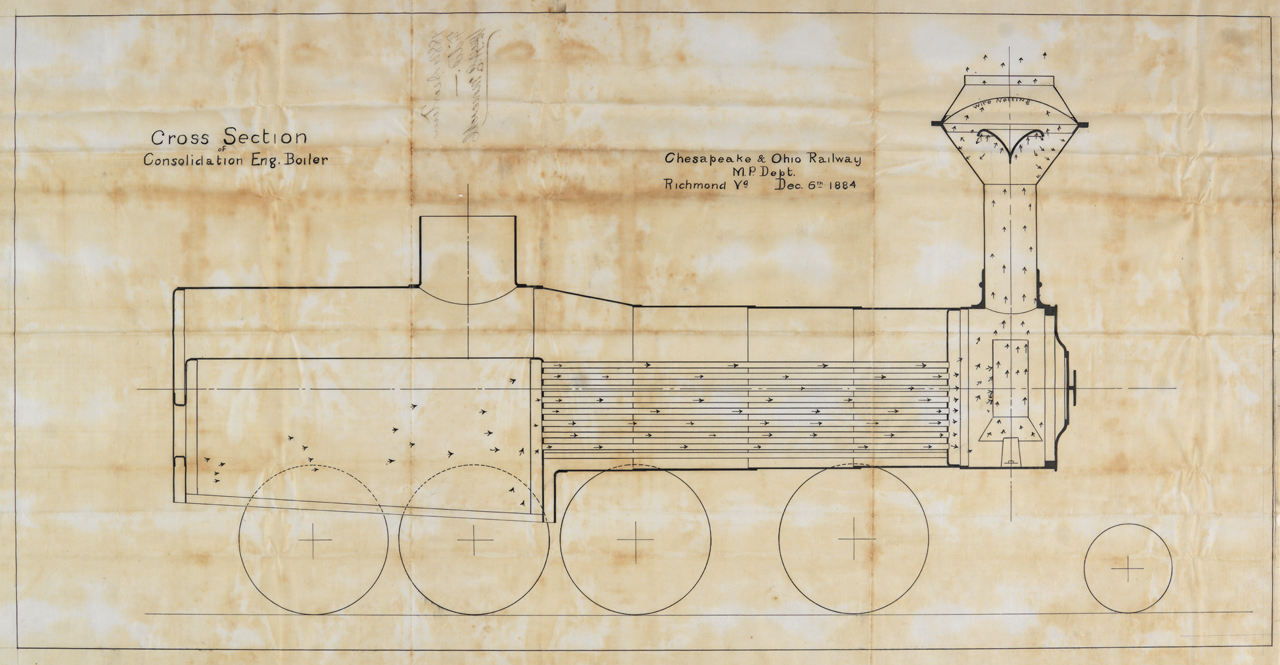 I Fought the Railroad and Won, or Did I?

While examining the James City County/Williamsburg court records recently, I came across a civil suit titled Gatewood vs. Chesapeake and Ohio Railway Company that contained two oversize exhibits.  The first was a plat, which is not unusual since plats are commonly found in court records; however, the second oversize exhibit was unusual.  It was an illustration of the engine boiler of a steam locomotive.  The sketch included numerous tiny arrows showing the direction of air flow in the boiler.  The exhibit piqued my curiosity so I read the suit to determine its purpose.

The plaintiff, R. E. Gatewood, filed a civil suit against the Chesapeake and Ohio Railway Company in James City County Circuit Court on 3 November 1884.  In his statement to the court, Gatewood blamed C&O Railway for a fire that caused extensive damage to his property on 14 October 1884.  Greenwood claimed that a C&O steam locomotive passing through his property did not have a spark arrestor or, if it did, the spark arrestor was not working properly. (A spark arrestor was a wire netting designed to prevent sparks or other tiny flaming debris from escaping the locomotive’s “balloon stack.”)  As a result of the “careless negligence” of the defendant, the plaintiff’s property was set on fire by sparks emitted from the steam locomotive.  Valuable timber including oak, chestnut, walnut, and pine worth $370 were destroyed by the fire as well as chestnut rail fences worth $30.  Gatewood demanded $400 in compensation for the severe injury done to him by the C&O Railway Company. 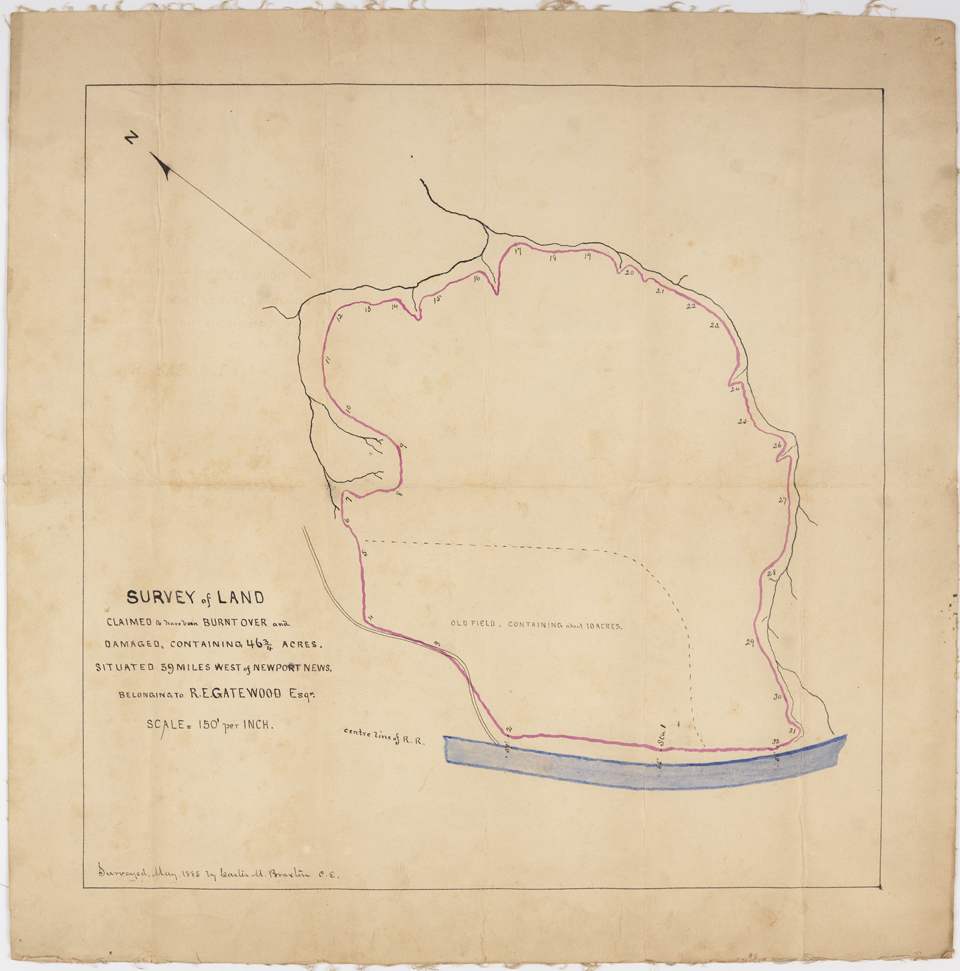 Plat filed in the judgement

In its verdict in June 1885, the jury sided with the plaintiff, Gatewood; however, he had to come away from the trial extremely disappointed.  The jury assessed the damages done to his property by C&O Railway Company at $32.55.  Apparently, the two exhibits produced by C&O Railway Company influenced the jury’s decision.  Was C&O Railway and Company responsible for the fire?  Yes.  But was the fire due to “careless negligence” on the part of the railroad company and the damage caused by the fire as extensive as Gatewood claimed?  No.  The only consolation for Gatewood was that he received just enough money to buy new chestnut rail fences.

The James City County/Williamsburg Judgments, 1877-1891, are open for research and available at the Library of Virginia.