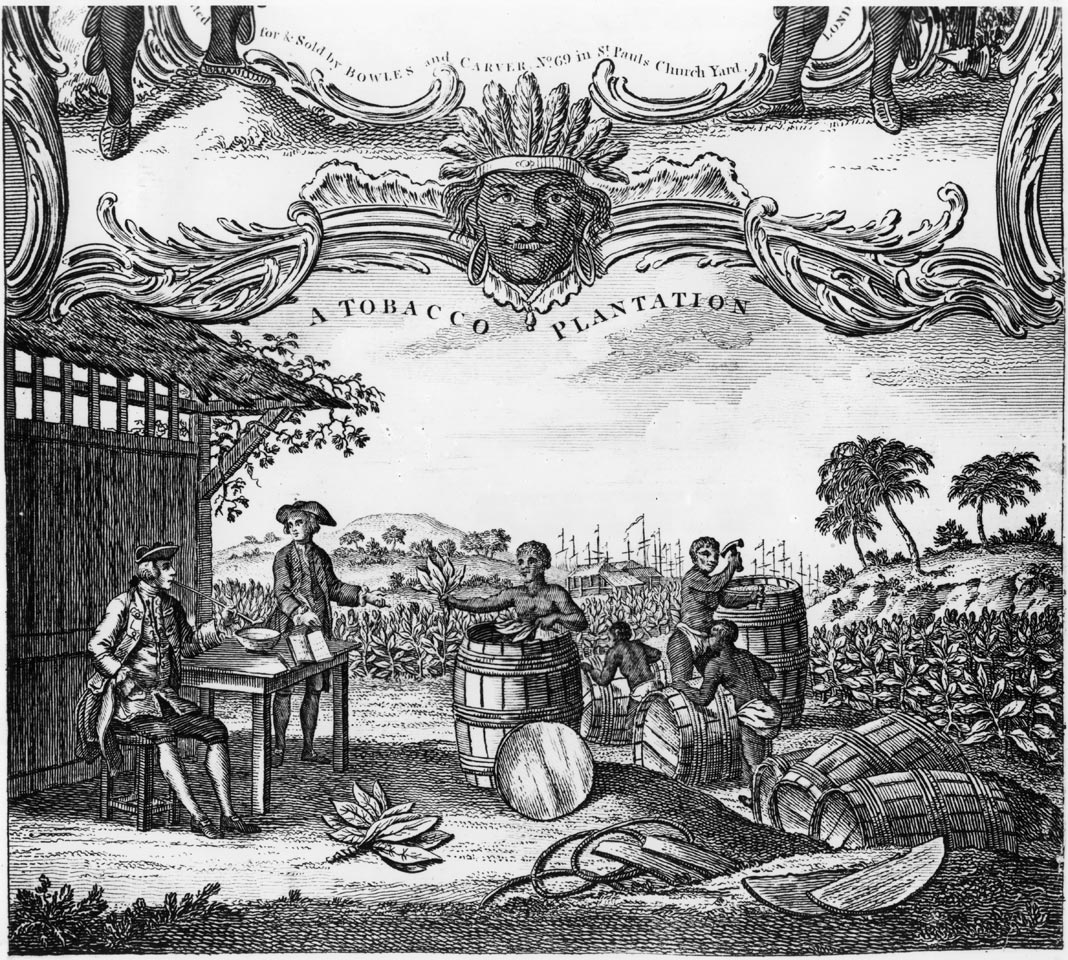 Tobacco Census: Fixing the "Frauds and Mischiefs" of the Tobacco Trade

Virginia’s agricultural production, as well as its economy, was dominated by tobacco for over three centuries, ever since John Rolfe sent his first shipment of tobacco to England in 1614. Growth of the Virginia colony and extension into the interior meant more soil and larger crops of tobacco. Despite the continuous growth in production, the tobacco trade was plagued by falling prices and decreased quality. By the 1720s, tobacco exports included large quantities of inferior product that even included shipments of “trash” tobacco—shipments that diluted tobacco leaves with foreign substances such as household sweepings. Consequently the price of tobacco sank so low that many planters struggled to recover production costs. 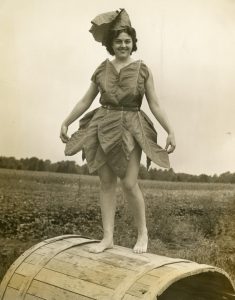 In 1723 Virginia’s General Assembly passed the first of its Tobacco Acts that attempted to control the quantity and quality of tobacco grown in the colony because it was believed that “most of the ffrauds [sic] and mischiefs which have been complained of in the Tobacco Trade” had arisen from the “planting on land not proper for producing good Tobacco” and the production of “greater Crops than the persons employed therein are able duly to tend.” The 1723 act established limits on the number of plants that certain classes of persons could grow with slave owners being allowed fewer plants. Each vestry of every parish had to appoint two people every year to count the number of plants being grown and report the numbers to the clerk of court by the month of August. Any number of plants over the allowed number were to be destroyed by the planter or, if the planter would not, by the counters. The act of 1729 provided various adjustments to and elaborations on the 1723 act. (For full text of the acts see The Virginia Magazine of History and Biography Vol. 20, pp.158-178.) 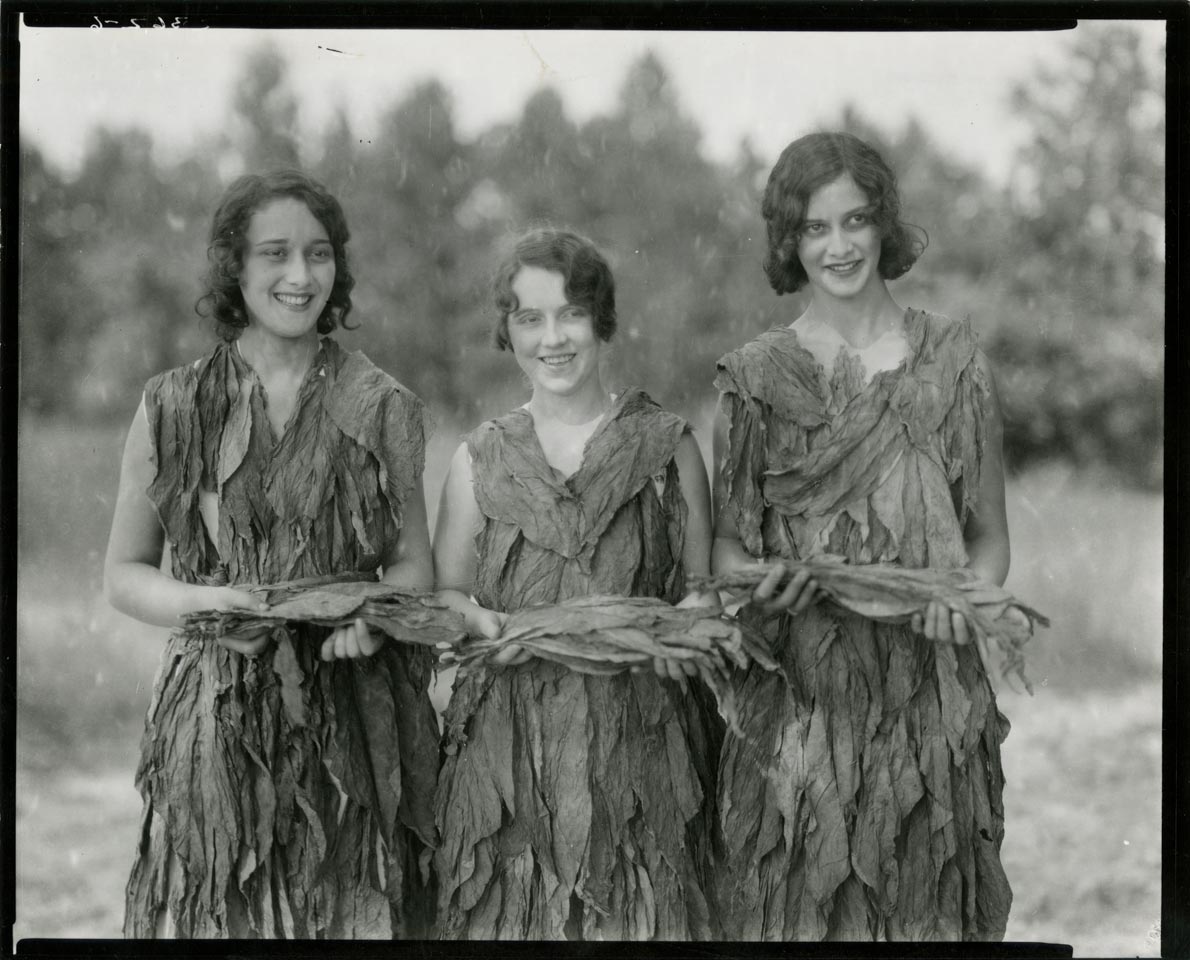 Accomack County (Va.) Census of Tobacco Plants, 1725, 1728-1729, consists of three lists of tobacco plants created to comply with the Tobacco Acts. The 1725 list records the names of tithable persons, half shares, and the number of tobacco plants grown. The precinct is not given although the counters state that this list was drawn up at the order of the vestry at the MiddleChurch. The 1728 list records the names of all tithable persons and how many plants they were growing along with the number of plots or plantations in which the crop was being grown. Slave names are given along with their owners. A total of the number of plants in the county is given at the end of the list. The 1729 list is for the second precinct and records the same information as the 1728 list although without the land information.

The 1723 and 1729 Tobacco Acts led to the passing of the Virginia Tobacco Inspection Act of 1730 that transformed the tobacco trade by regulating the quality of tobacco exports which created increased revenues for Virginia planters. 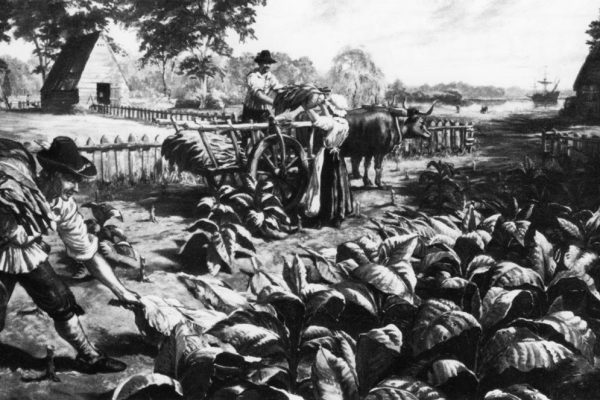 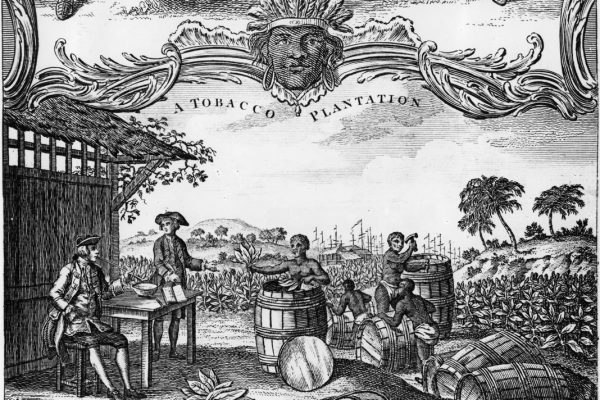 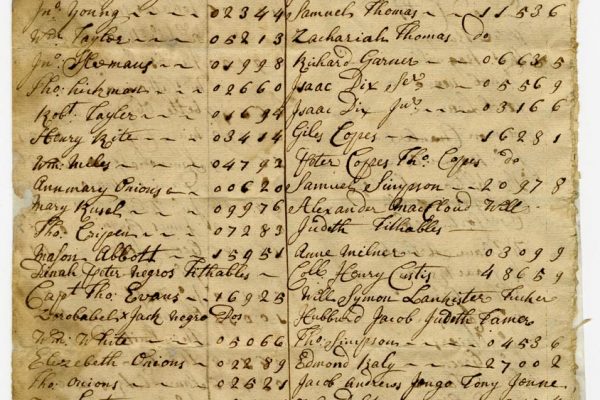 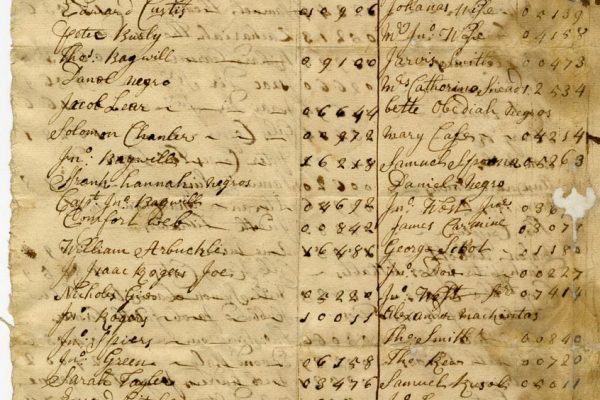 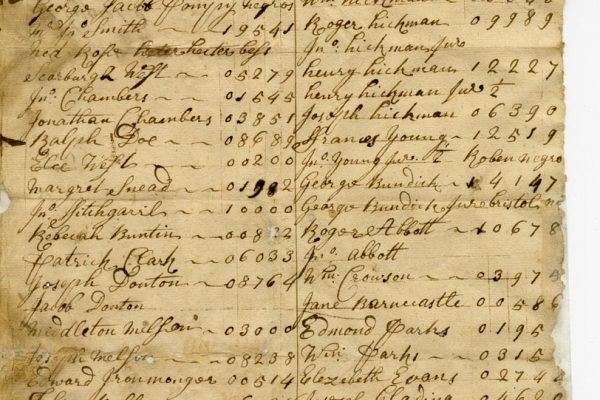 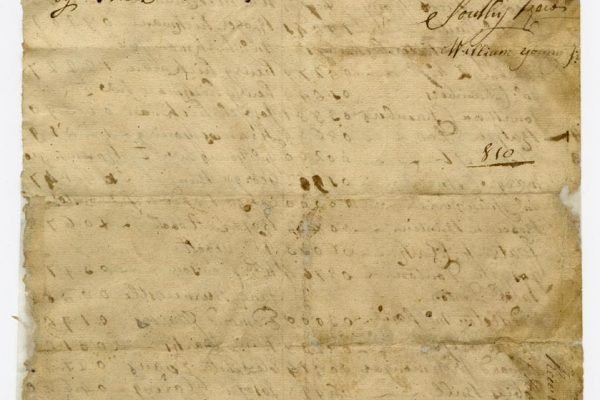 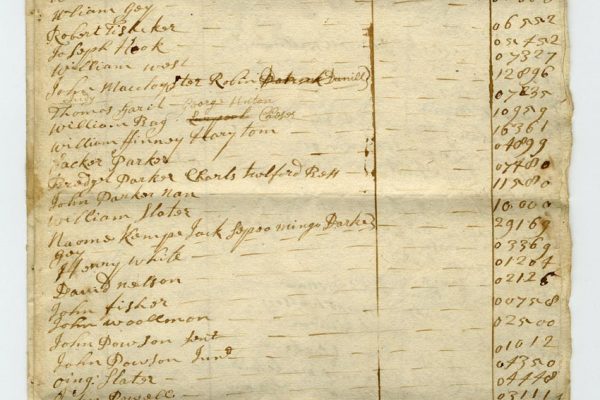 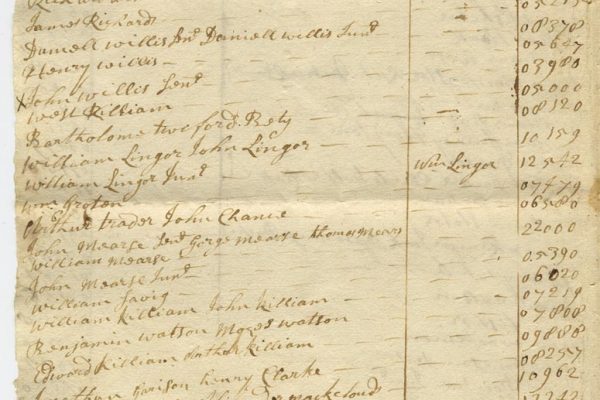 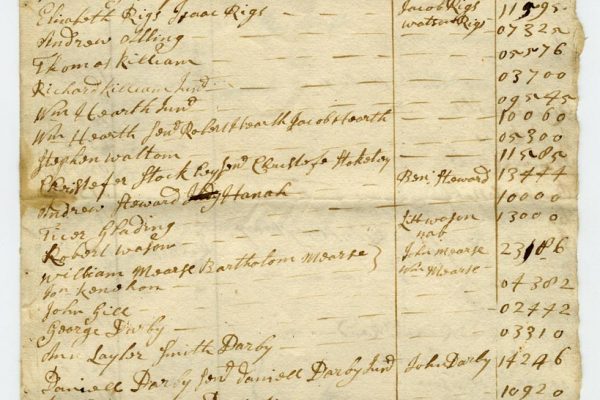 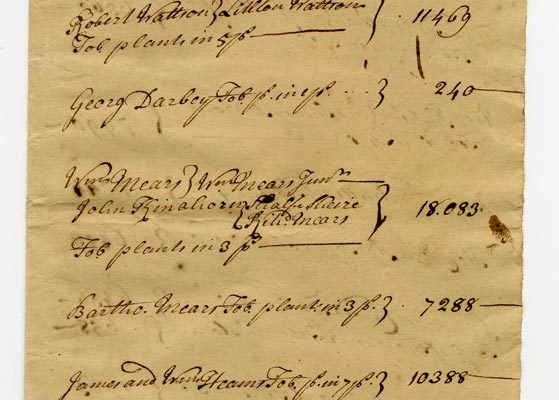 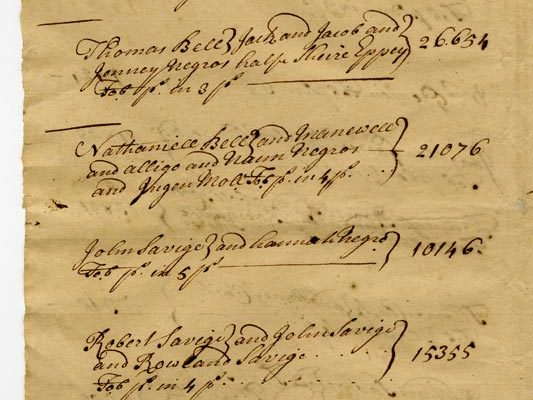 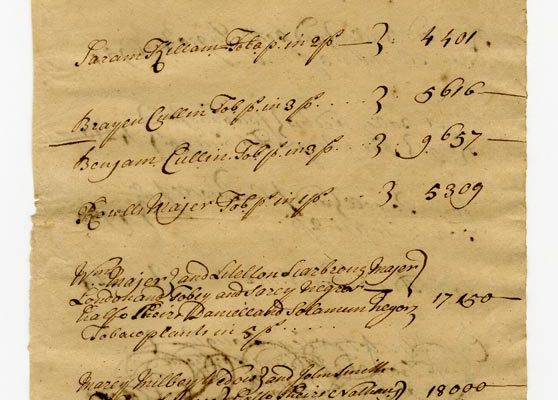