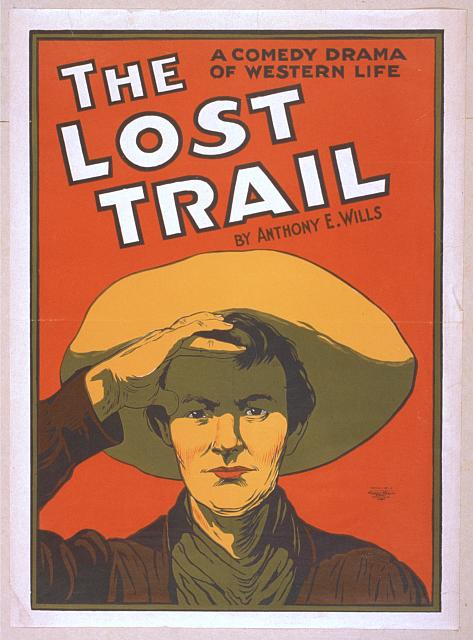 Where did I put that?

Has this ever happened to you? You sit down to watch TV but cannot find the remote control, you need to go somewhere but cannot find the keys, you need to make a call but cannot find your phone. You proceed to dig under couch cushions, examine the pockets of recently worn clothes, or use a different phone to call your cell phone. After a diligent and exasperating search, you find what you lost but it in a place where you least expected. A couple living in Rockbridge County in the 1880’s experienced a similar scenario. In their case, they needed the court’s assistance to find the missing item. Their search can be read in Rockbridge County Chancery Cause 1887-038, Petition of William F. Pierson and wife. 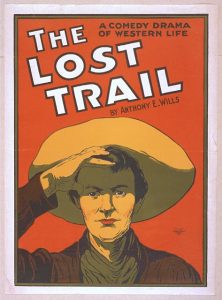 The Lost Trail: A Comedy Drama of Western Life, lithograph, circa 1907.

Charles J. Brawley departed this life on 10 June 1886 and was buried in a cemetery in Collierstown, Virginia. After the funeral, it came time to divide up Brawley’s vast estate among his beneficiaries. But there was a problem—no one knew where Brawley’s last will and testament was. Acquaintances and family members of Brawley had little doubt that he had written one. They had conversations with Brawley prior to his death that led them to believe he had written his will. One gentleman said that Brawley had named his son-in-law, William F. Pierson, the executor of his estate. But, a thorough search of Brawley’s papers and belongings failed to turn up a will. So, where could Brawley have put his will? 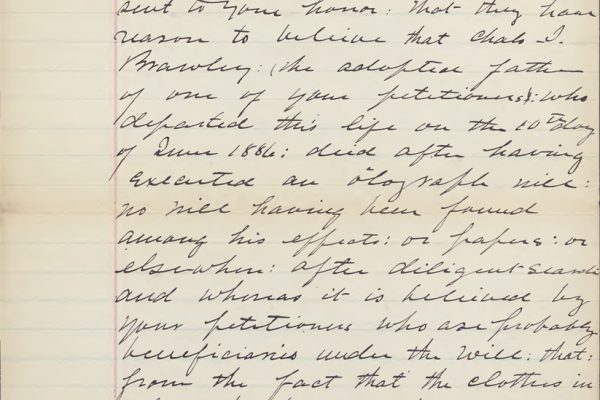 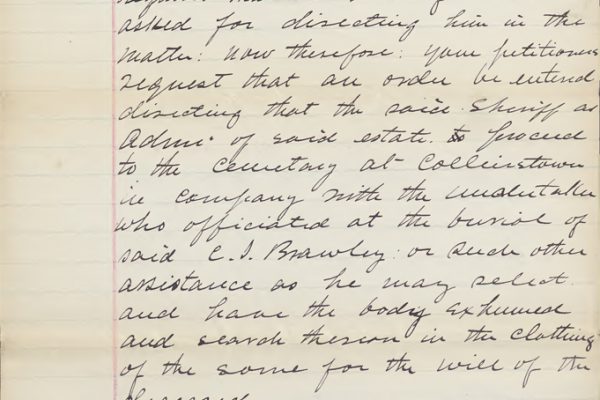 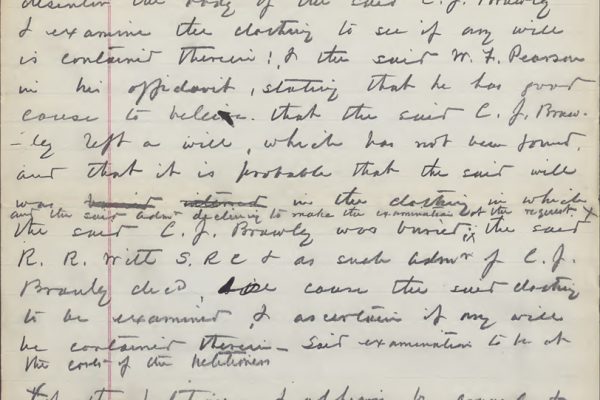 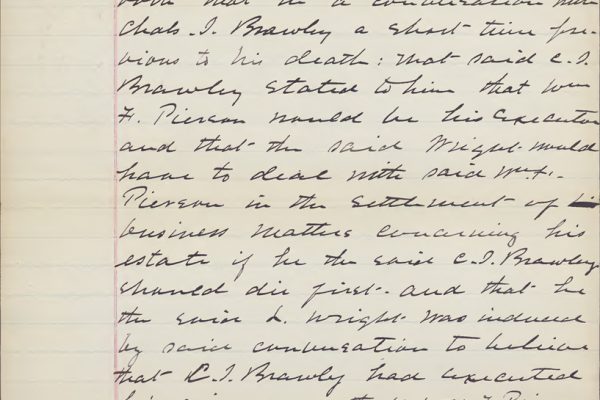 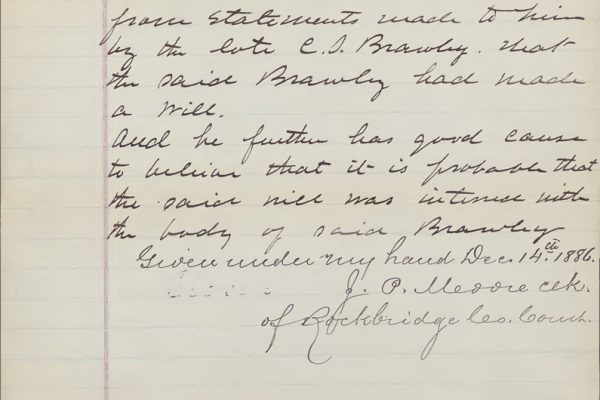 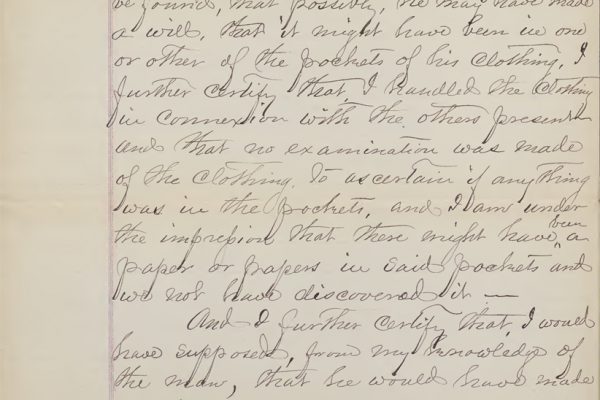 Then someone, unsure who, had an unpleasant idea where the will might be at. They approached one of the men who dressed Brawley for burial asking him if they checked Brawley’s pockets to determine if anything was in them. His response, “no examination was made of the clothing to ascertain if anything was in the pockets, and I am under the impression that there might have been a paper or papers in said pockets and we not have discovered it.” The conclusion was made that the most likely location of the will was in the cemetery in Collierstown buried with Brawley.

Seven months after his death, William F. Pierson and his wife (Brawley’s unnamed adopted daughter) filed a petition in a Rockbridge County court to have Brawley’s body exhumed to determine if the will was in his clothing. The court granted their request. Unfortunately, none of the papers filed with the petition provide any evidence on whether they found the will. Hopefully, someone who reads this will make a diligent search to find the answer to this exasperating matter.