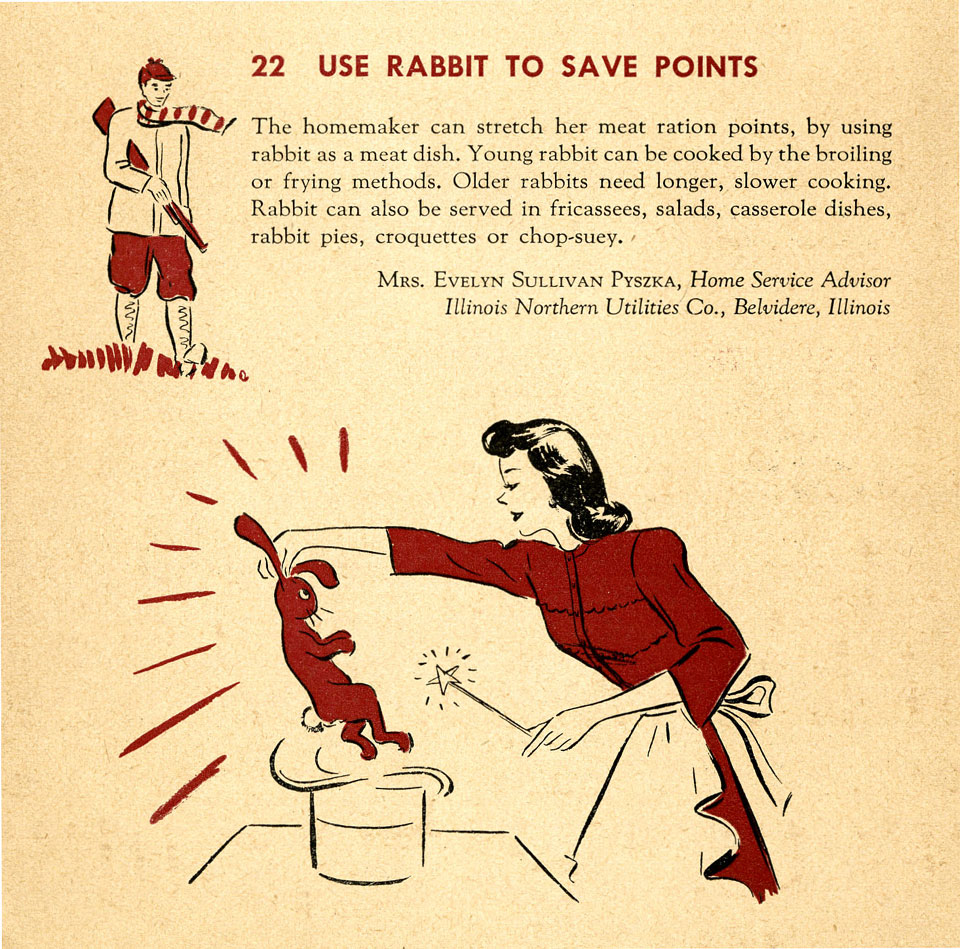 Feed your family on the cheap!

Having trouble stretching that dime in tough economic times?  Need some inspiration figuring out how to feed hungry mouths on a budget?  For advice you need look no further than the “Greatest Generation,” which made it through the Great Depression only to be faced with the sacrifices made necessary by World War II.  Among the papers of the Jessee family (Accession 50402) of Russell County, Virginia, relief arrives in the form of Helps for Homemakers, a series of booklets produced by the Kelvinator appliance company as part of a “wartime idea exchange for home economists.”

A suggested means of saving ration points--using rabbit for the meat dish.

From a HELPS FOR HOMEMAKERS booklet produced by Kelvinator circa 1943-1945. Jessee Family Papers, Library of Virginia Accession 50402.

The good folks at Kelvinator came to the country’s rescue, holding a national contest for home economists and publishing the top 40 prize-winning suggestions in their “Helping the Homemaker Make the Most Out of the Food She Can Get” issue (#3).

Opening with a side-by-side “Peacetime Menu” and “Wartime Menu” for Thanksgiving dinner, one sees that by substituting fruit cocktail for crab cocktail, mashed sweet potatoes for mashed potatoes, and roast pork for roast turkey one could have a “very satisfactory meal and…help the government food program by using the foods most available.”  That’s not so bad, right?

Well, perhaps the thought of a turkey-free Thanksgiving gives you pause.  Don’t worry, the suggestions get better (or worse, depending on your outlook) as the booklet goes on.  You should keep your vegetable peelings razor-thin to maximize the amount that makes it to the plate (that sounds reasonable enough); consider turning your pumpkin pie into squash pie (uh oh, they’re messing with another classic here); pad hamburger with bread, egg, milk, bits of vegetables and chili sauce (now that sounds downright fancy!); and save chicken feet to produce broth for “added richness” in gravy, soup, or with chicken and noodles (maybe the less we know about where broth comes from in this case the better). 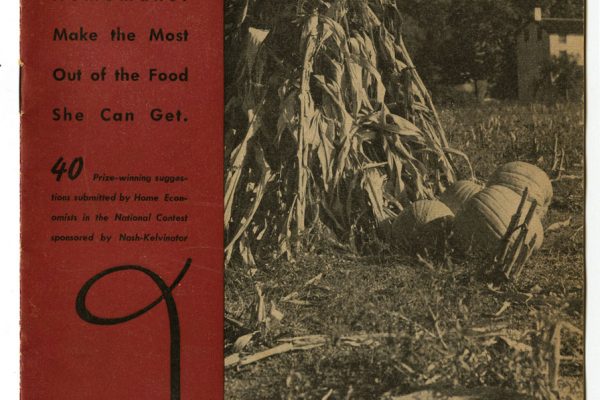 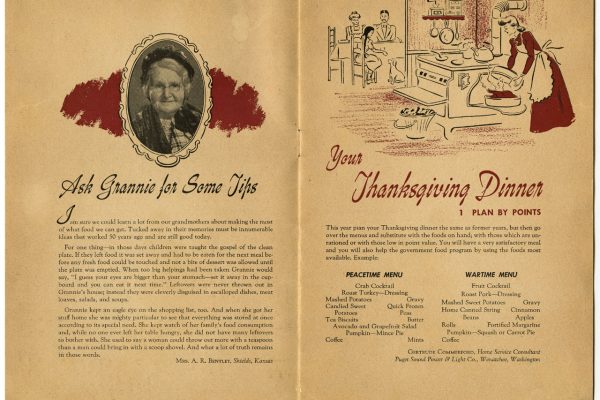 Pages from Helps for Homemakers booklet 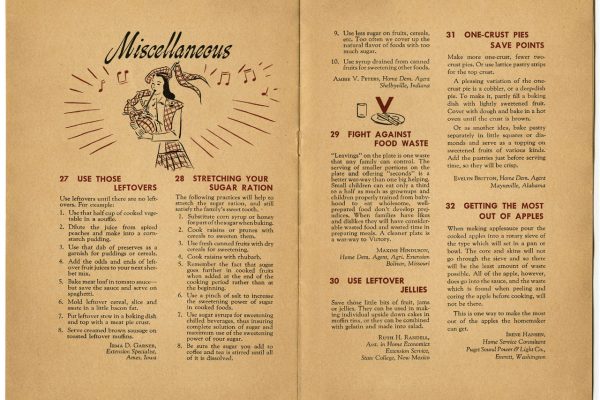 Pages from Helps for Homemakers booklet

Given the time period, discussion of the nation’s wartime ration point system also comes into play.  Several points-related suggestions include using rabbit for the meat dish (complete with advice on the technique one uses for cooking older rabbit versus younger rabbit), various tips on stretching one’s sugar rations (including substituting corn syrup or honey for part of the sugar when baking, and cooking raisins with rhubarb), and making “more one-crust, fewer two-crust pies.”

Even the Greatest Generation, which is now our model for thrift, sacrifice, and ingenuity, had their own dime-stretching heroes of yesteryear to emulate.  Mrs. A. R. Bentley of Shields, Kansas, submitted a piece entitled “Ask Grannie for Some Tips,” featuring tough talk that basically boils down to this–eat whatever Grannie puts in front of you, completely and without complaint (a.k.a. “the gospel of the clean plate”).  Efforts to avoid those pickled beets would be futile, as “Leftovers were never thrown out in Grannie’s house; instead they were cleverly disguised in escalloped dishes, meat loaves, salads, and soups.”  Reading this makes me think Grannie (or one of her like-minded descendants) may have been a consultant at every school cafeteria I patronized, right up through college.

This issue of Helps for Homemakers, as well as issue #1 (“Aids to Home Preservation of Fall Vegetables and Fruits”), can be found in the Jessee Family Papers (Accession 50402), which are open for research at the Library of Virginia.