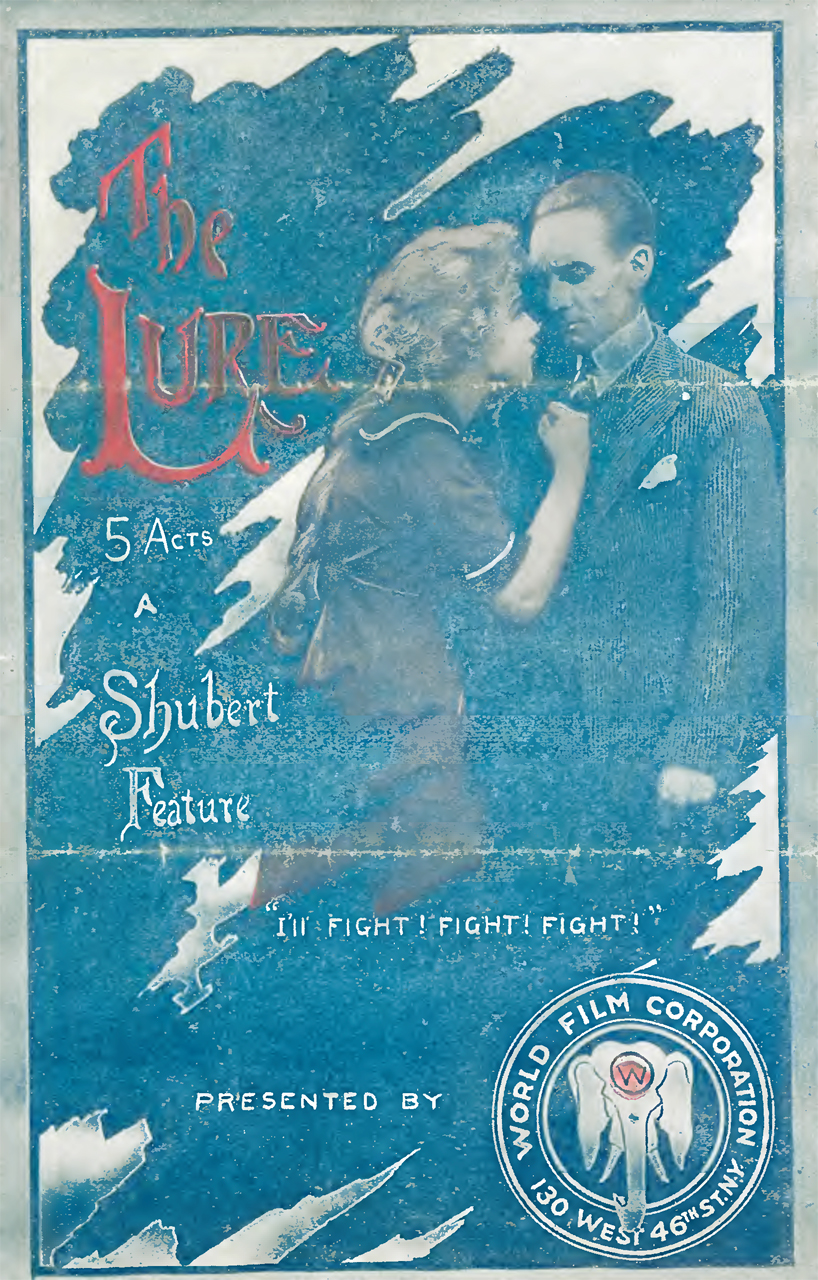 When creating a who’s who list of the early days of film, the list is dominated by men – Cecil B. De Mille, D. W. Griffith, Louis B. Mayer. But there was an obscured hero of cinema’s early years making film alongside those males – Alice Guy-Blachè. In 1896, Guy-Blachè became the first female director, screenwriter, and producer. Regardless of gender, Guy-Blachè left a legacy of innovation in film. Her 1896 release, The Cabbage Fairy, was one of the first narrative films ever made.  Guy-Blachè experimented with hand-tint colorization and even directed with one of the first sound machines decades before The Jazz Singer was released in 1927. Among her 22 feature-length films was The Lure—a film that made an impact on the city of Winchester by sparking a censorship debate, a conflict that found its way to the local courts in the fall of 1914. 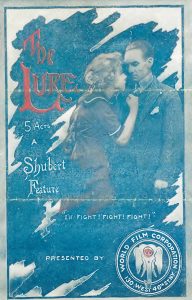 The Lure, adapted from a play by George Scarborough, follows the lives of two young women lured into prostitution and enslaved in a house of ill repute. One young woman is enticed away from a fashionable dancing school by a dashing stranger. The other young woman, working in a department store to support an invalid mother, is lured by the promise of “easy night work.”  The two ladies are shown being mistreated and suffering forced sexual advances in a brothel; however, as the film nears its end, the women are rescued by a private detective and good ultimately triumphs.

On 21 October 1914, Fred and Herman Hable, theater managers, rented an auditorium in Winchester for a showing of The Lure, but Dr. Julian H. Ward, mayor of Winchester, had other plans. Without having seen the movie, Ward believed the film was indecent and immoral and authorized the police force to forbid its showing. The Hable brothers, having invested their money in leasing the public theater and paying licenses and state fees, pled their case to the mayor. The National Board of Censors even reviewed the movie and found nothing objectionable in it, but despite the Hables’ protestations, Ward prevailed in shutting down the theater. On 29 October 1914, the Hables responded by filing suit in the Corporation Court of Winchester to obtain an injunction to overturn the mayor’s order.

The case file of Fred H. Hable and Herman H. Hable vs. the Mayor of Winchester, 1914-005, includes correspondence and affidavits voicing either support or opposition for the showing of the film. Since the Hables had shown the film in many cities (including Richmond, Newport News, and Baltimore) before coming to Winchester, they submitted correspondence from officials from those cities as evidence that the film was not considered indecent. J. W. Sibert, a Winchester resident, submitted a letter to Mayor Ward, dated 27 October 1914, detailing his opposition to the mayor’s actions.  Sibert wrote, “I regard this film no worse in its pictures and ideas than many others that have been shown, which have not been objected to or prohibited in Winchester.” 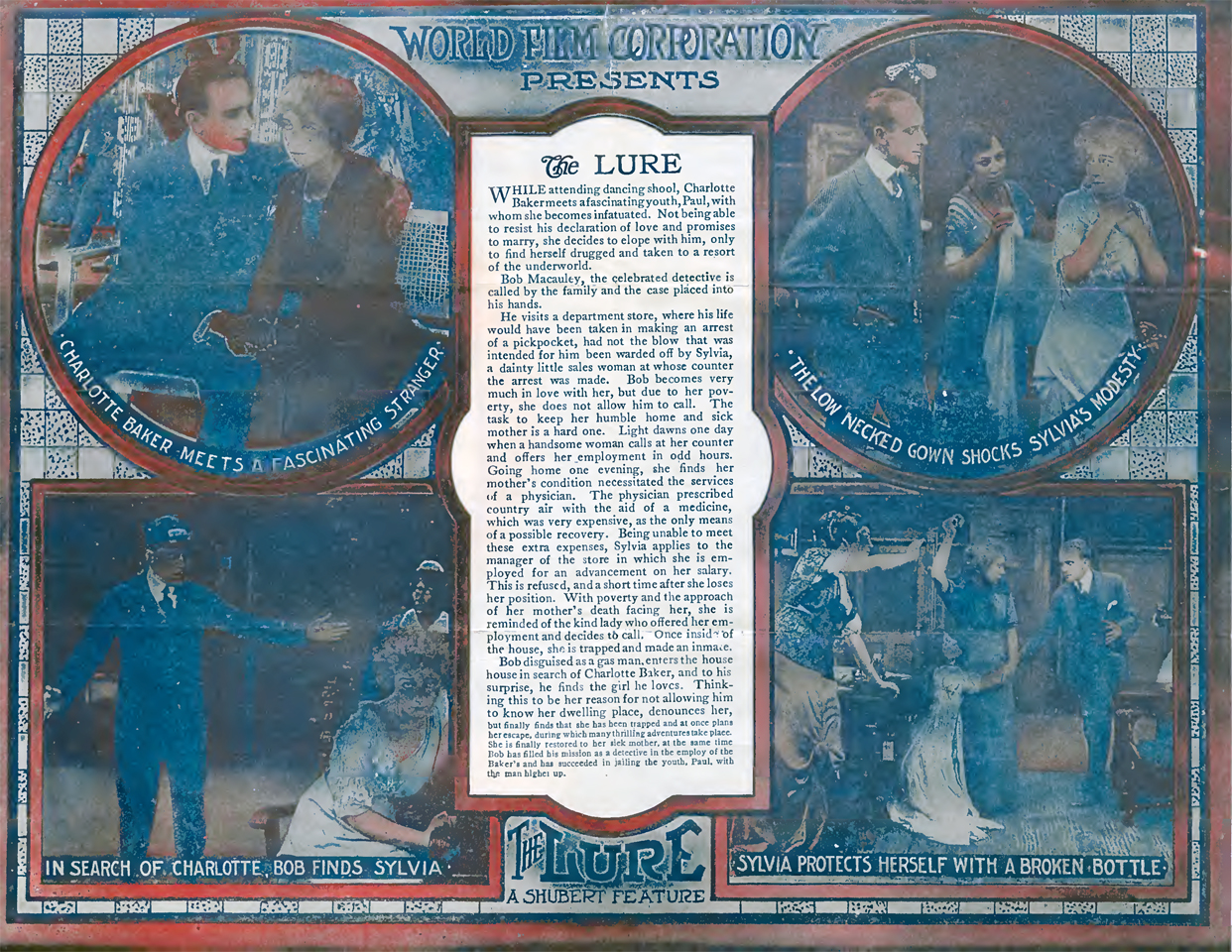 Sibert was of the opinion that “the whole story told by the film teaches a good lesson of warning to innocent and inexperienced girls who go to large cities and there meet dangers and temptations that they have never known before. The moral of the story is a good one, and the picture is a beautiful one in the way it ends.”

Thomas F. Dean, manager of the New Academy of Music in Baltimore, also voiced support for The Lure claiming that it contained a “strong moral lesson.” Dean submitted a letter to the court, writing, “I saw it myself, and thousands of Baltimoreans of both sexes and all ages also saw it, among them were many of our most prominent, intelligent, and refined citizens.”  Dean also believed that the story ended “beautifully in wrong-doing being punished and goodness and right prevailing.” 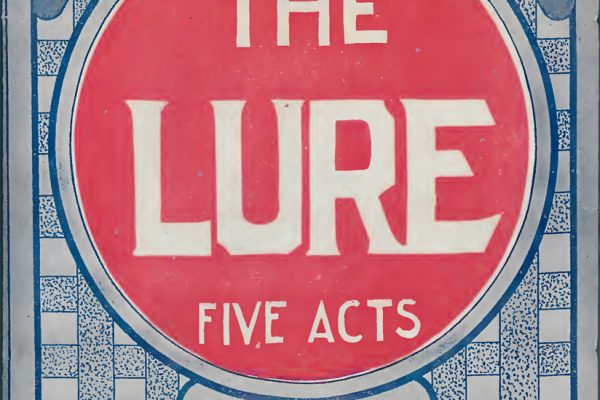 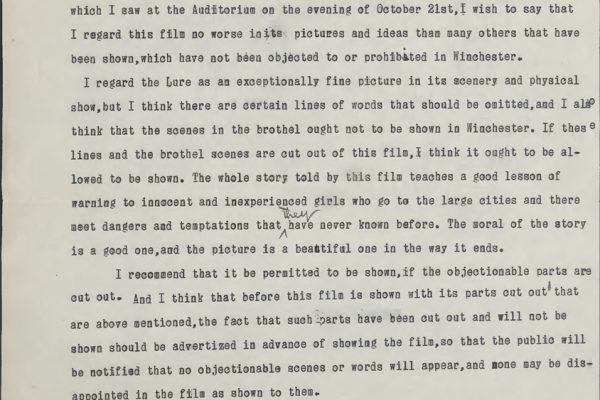 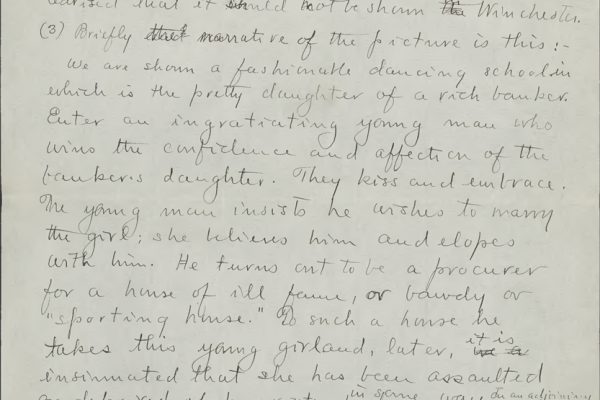 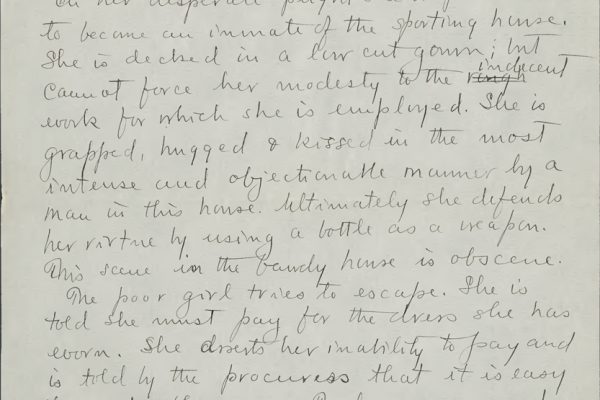 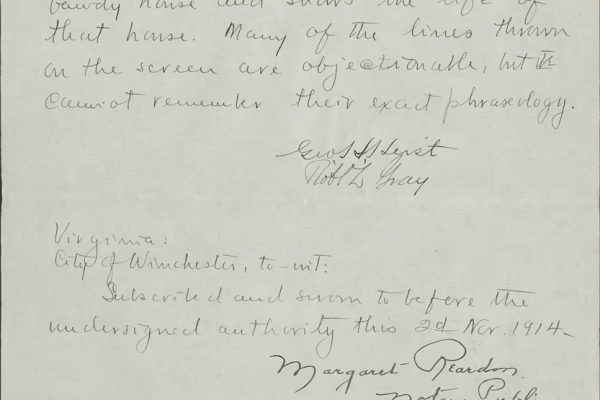 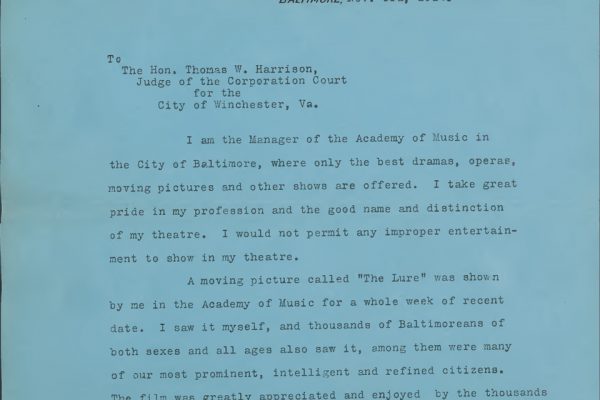 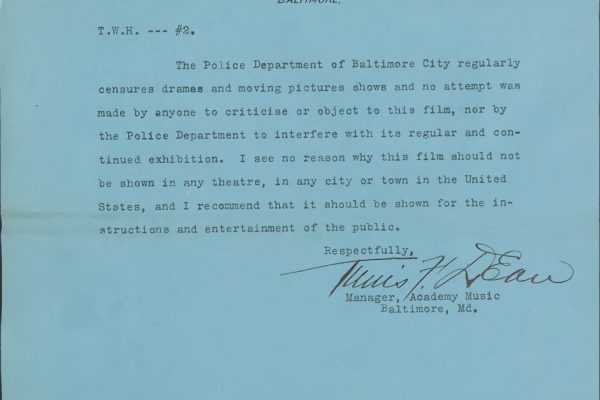 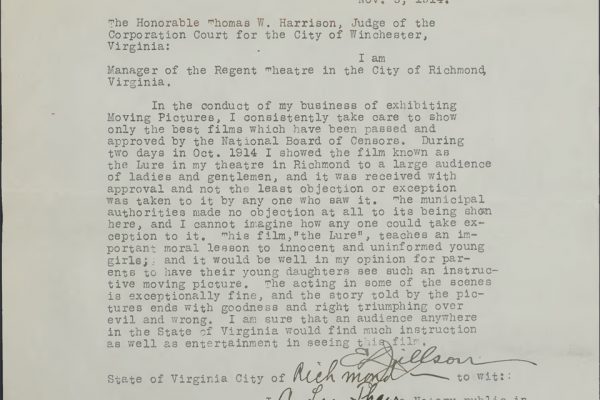 Letter from a Richmond theater 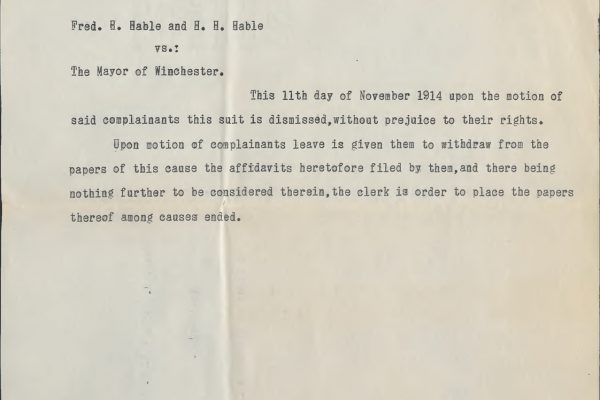 Not everyone had such glowing recommendations for the film. Robert G. Gray and George H. Heist, viewers of the film, considered the picture “obscene” and opposed the film showing in Winchester. Their joint affidavit includes a descriptive review of every scene that they found objectionable including the “interior of a bawdy house” and language that clearly implied that one character “shall sell her body to men for money.” Mr. Gray and Mr. Heist’s opinion of the end of the movie differed starkly from Mr. Dean’s expressed “beautiful” end: “…of course both girls are rescued in the end and virtue triumphs as it usually does in plays and pictures whose filthy scenes and suggestive lines are designed to attract the curiosity of the public.”

The mayor submitted little in evidence to support his cause except for a legal citation that stated his powers as mayor allowed him to “stop publishing or exhibiting an obscene picture.” The judge offered his opinion that any decision to grant the injunction against the mayor’s actions would be an assumption that the court was ruling on whether the movie was obscene or not since the ruling would allow the movie to be shown. The judge indicated that the case was not one for a court of equity. Unfortunately, we will never know if the citizens of Winchester were exposed to the allures of The Lure, as on 11 November 1914 a motion to dismiss without prejudice was submitted to the court by Fred and Herman Hable.

The Winchester (Va.) Chancery Causes, 1787-1936, are available online through Virginia Memory on the Chancery Records Index.