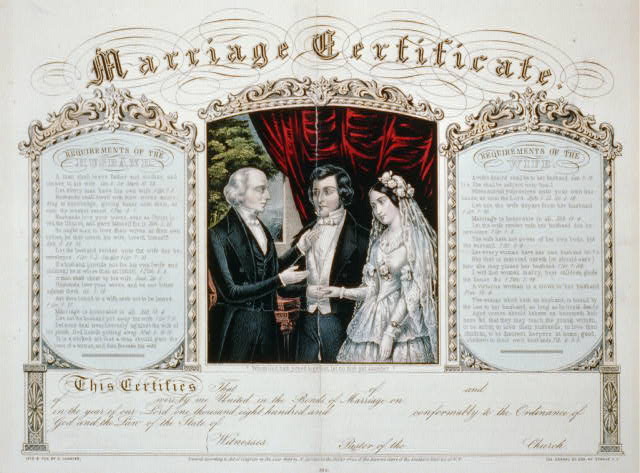 Georgia on my Mind

One day in 1898, A.M. Scales definitely did not have Georgia on his mind.

While processing the Patrick County chancery records, I discovered a divorce case, Georgia L. Scales, by etc. vs. A. M. Scales, in which Georgia, a white woman, caught her husband, A. M. Scales, committing adultery with their African American cook.  The chancery case describes Georgia as a loving wife who faithfully served her family—a stark contrast to Mr. Scales.

Throughout their ten years of marriage, according to the suit, A. M. Scales lived a carefree life filled with riotous living and degrading insults for Georgia.

He even asked merchants to not provide Georgia with credit for food and supplies leaving Georgia to despairingly provide for herself and her four children.  After doling out years of abuse, Mr. Scales was determined that Georgia wouldn’t amount to anything, so he decided to separate from her and their children on 24 September 1897.

Georgia was fine with the separation because, despite a lack of proof, she always suspected that her husband had an affair.  One day, Georgia’s suspicions proved true when she returned home from a prayer meeting and found her husband in the kitchen committing adultery with her cook.  After being caught in the act, Mr. Scales decided to contain his adulterous affairs to the privacy of a hotel.

Shortly thereafter, an African American woman, Bettie Bryant, attested to the infidelity committed by Mr. Scales. Bryant testified to going upstairs with A. M. Scales where “he got me down on the bed, and he offered me some money but I disremember how much. He said a great deal. And I did not think he offered me as much as I ought to have had and so I wrung loose from him and came on down stairs.” The court felt the charge of adultery was sufficiently proven, and a divorce a vinculo matrimonii was granted and the couple’s four children were freed from their father’s control. 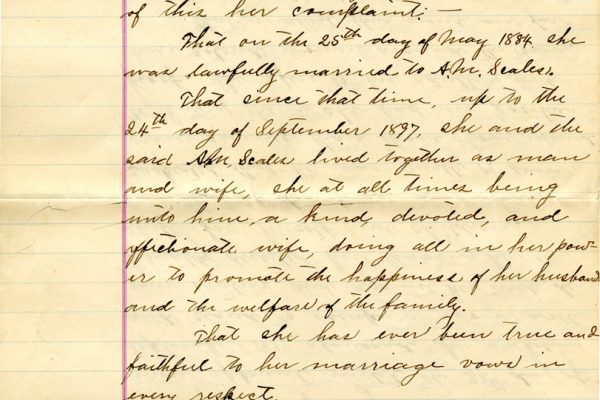 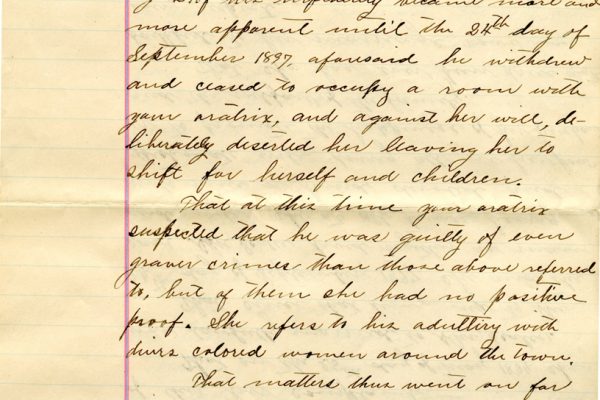 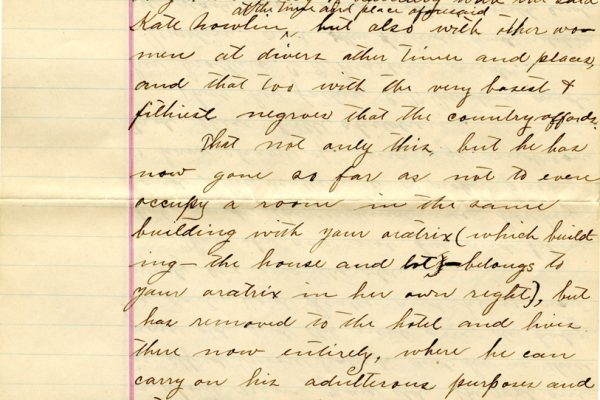 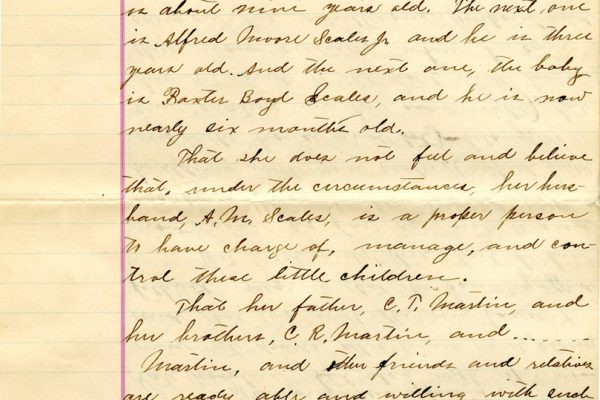 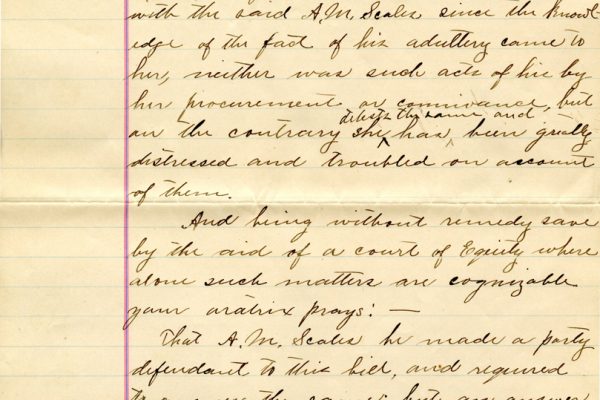 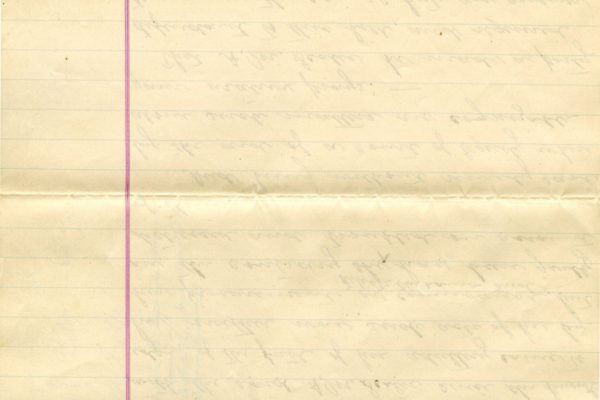 Georgia L. Scales, by etc. vs. A. M. Scales, 1898-031, is part of the Patrick County Chancery Causes, which are currently closed for processing.