Account of the services of slave Cuffy during the Revolutionary War

John S. Harrison of Berkeley County petitioned the General Assembly in 1810 asking for permission to import three slaves, named Paris, Letty, and Daniel, from Maryland to Virginia. Harrison informed the General Assembly that he was a physician and that he moved from Maryland to Virginia to start a practice in Martinsburg. He planned to live in Virginia permanently. Virginia law prevented him from bringing his slaves with him; therefore, he had to leave his slaves with his father in Maryland. Harrison would not go into detail concerning “the inconvenience of his being deprived of the services of his slaves but will only state that his is a case of peculiar hardship.”

Eleanor Bowery, a slave owner who resided in Elizabeth City County, made a petition in 1788 for compensation for the services of her slave Cuffy during the Revolutionary War. Bowery informed the General Assembly that she enlisted Cuffy as a seaman for the term of three years “in the country’s service” on the galley Norfolk Revenge beginning in September 1777. When Cuffy’s enlistment period ended, Bowery never received a certificate from the ship’s captain John Calvert that proved Cuffy’s term of service. She needed the certificate in order to receive full payment for her slave’s service during the Revolutionary War as well as a bonus and interest due her. According to Bowery, Calvert could not give her the certificate because he lost the enlistment roll books and therefore could not remember when Cuffy enlisted. Bowery included in her petition an affidavit from a witness who did remember when Cuffy enlisted. She also included an exhibit that listed Cuffy’s term of service and how much she should have been compensated. 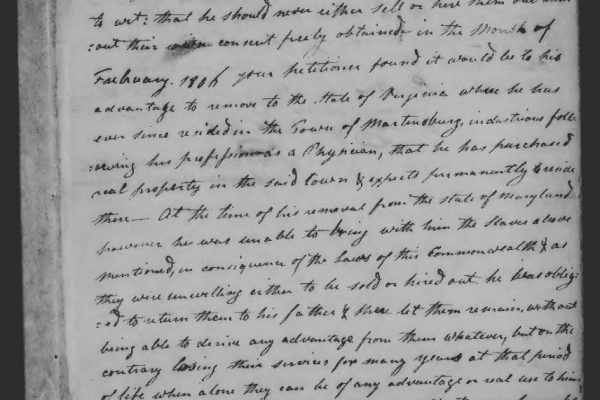 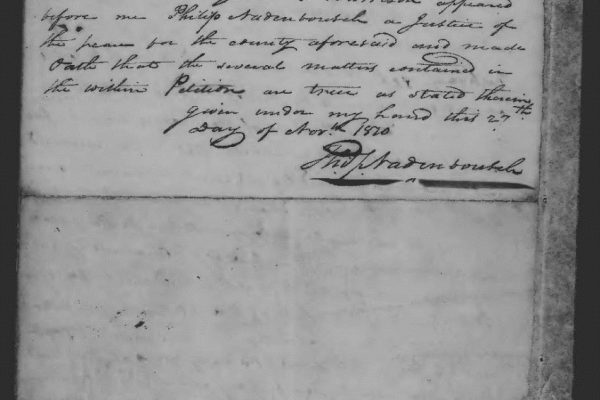 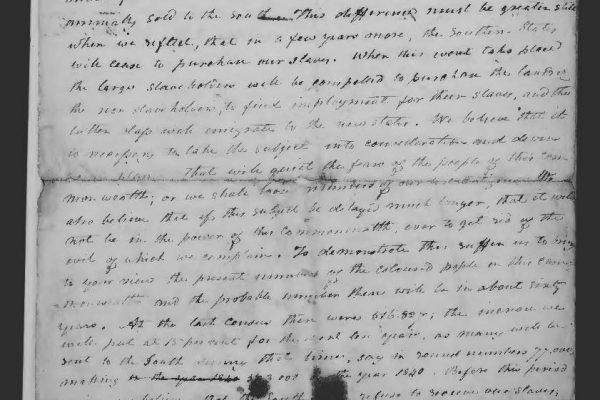 Petition of Citizens of Buckingham County 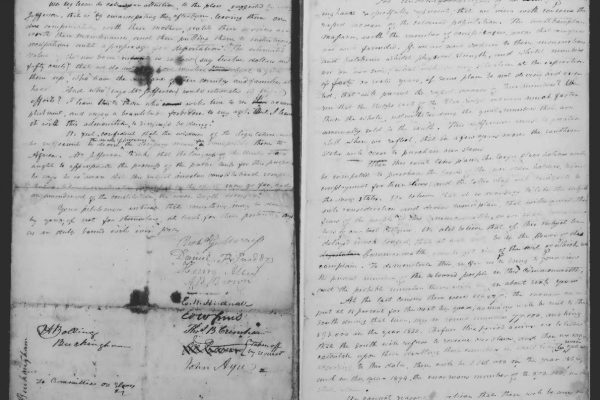 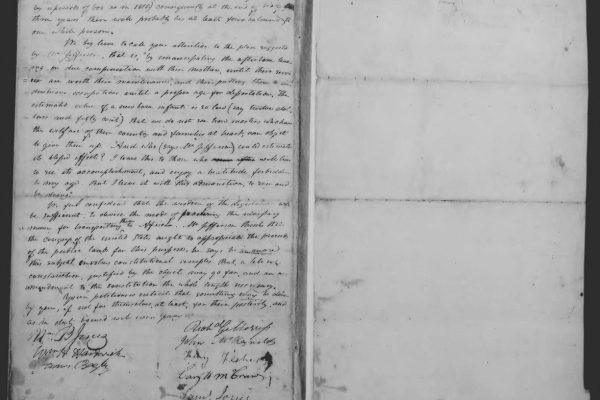 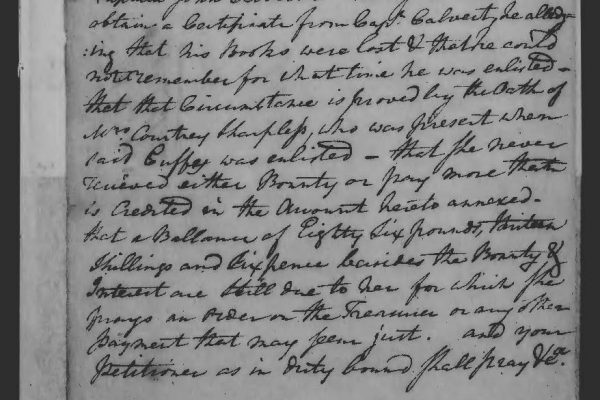 Out of the Box will keep you informed of when legislative petitions from new localities will become available.