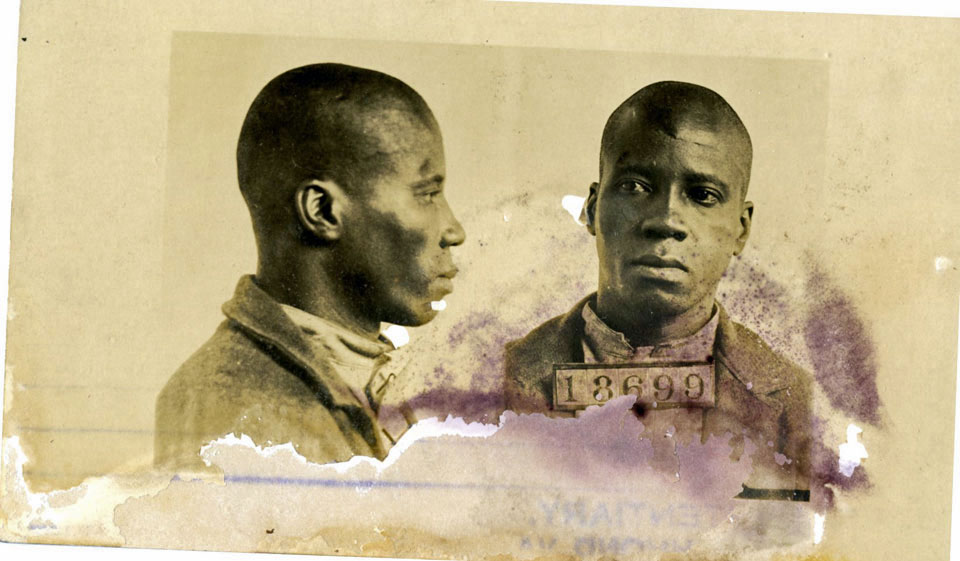 This is the latest entry in a series of posts highlighting inmate photographs in the records of the Virginia Penitentiary.  Clifton Roberts and Sam Washington, the subjects of this week’s post, are linked by the stabbing death of Roberts by Washington in front of 800 prisoners in the Penitentiary in 1929.

According to Penitentiary Superintendent Rice M. Youell, Clifton Roberts was “the most dangerous Negro criminal serving time there.”  The 27-year-old West Indies native was convicted of robbery in the Henrico County Circuit Court in January 1923 and sentenced to 10 years in the Penitentiary.

Within four months of his arrival, Roberts lost 20% of his good time for falsifying his work ticket.  In 1924 Roberts, now at the State Farm in Goochland County, threatened to kill two prisoners.  Roberts attempted to kill a prisoner with a hammer but was stopped when another prisoner, John Byrd, broke a stool over Roberts’ head.  Roberts later attempted to stab Byrd.  In November 1924, Roberts twice escaped from State Convict Road Force Camp No. 5.  He was recaptured and two additional years were added to his sentence for attempted escape.

Sam Washington, a 26-year-old from Greensboro, North Carolina, was convicted in Richmond City in 1926 on one count of store breaking and two counts of housebreaking and sentenced to 23 years in the Penitentiary.  According to newspaper accounts and the coroner’s inquisition, Roberts and Washington first clashed on 21 May 1929.  According to the deposition of Lee Watson, “Washington threw a spool at a man and happened to strike Roberts who grabbed an ice pick and rushed at Washington, who pulled a pair of shears from his pocket to defend himself.”  They engaged in a brief fist fight and were separated.  The next day, fearing for his life, Washington walked up behind Roberts in the dining room and killed him with a knife.  Watson described what he saw:

“As Roberts sat down Washington reached from behind, pulled Roberts’ head back and stabbed him twice in the front of the body.  Then he tried to cut him on the side of the neck, and then stabbed him on the left leg, then Roberts hollered ‘Get this man.’  Roberts did not have any weapons in his hands.  Roberts was trying to get away from him.”

Roberts died within minutes from a stab wound to the heart. 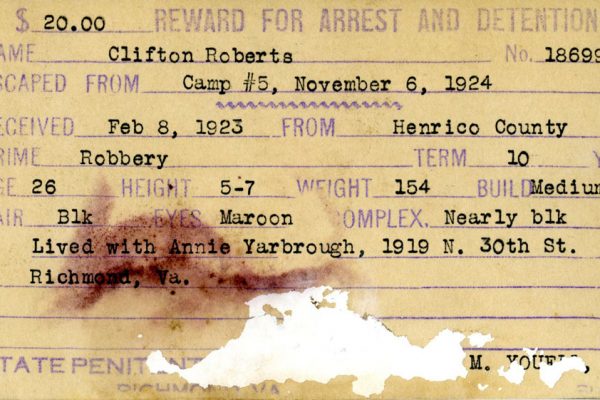 Reverse side of Clifton Roberts Photo 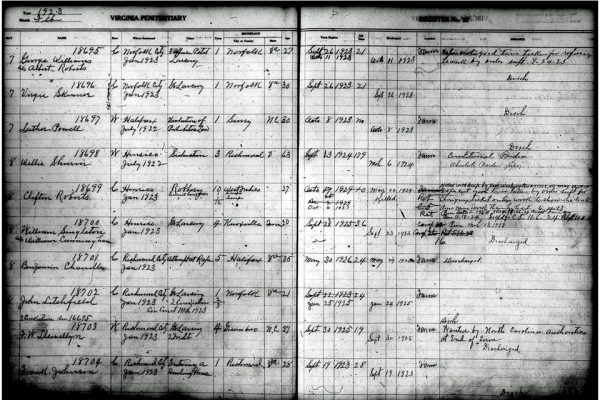 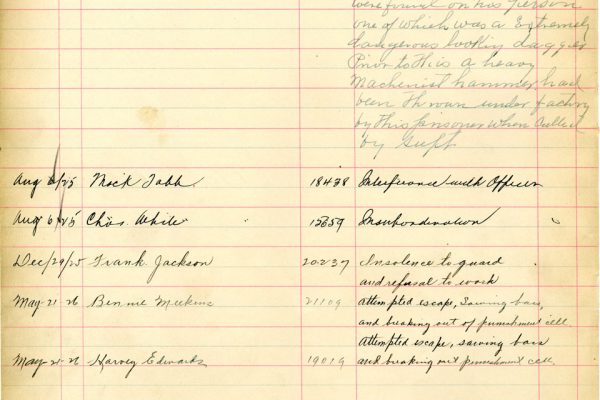 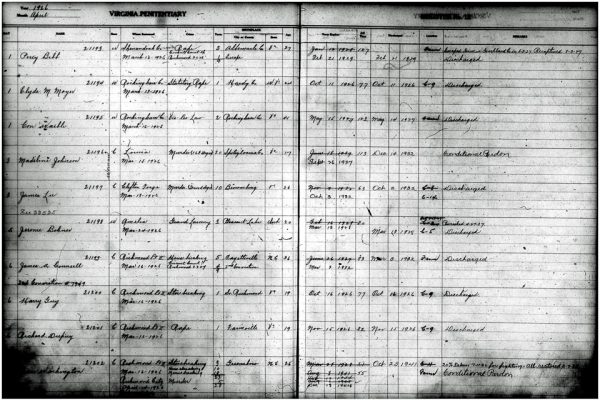 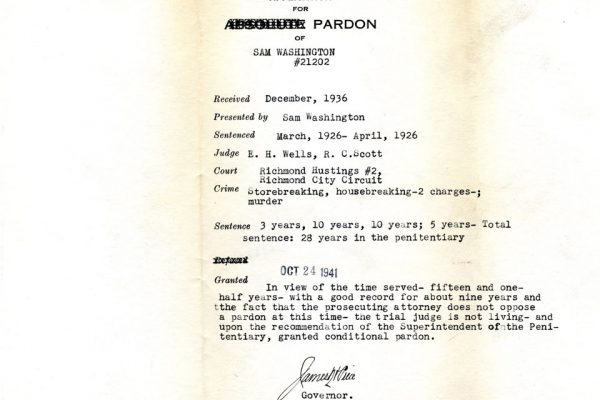 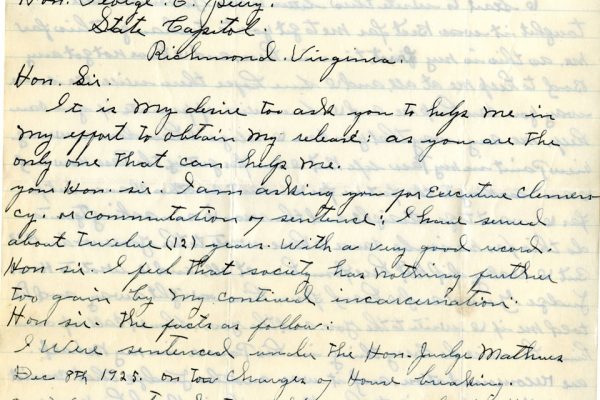 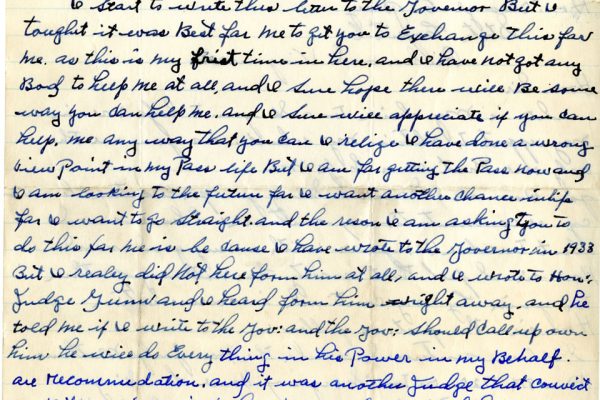 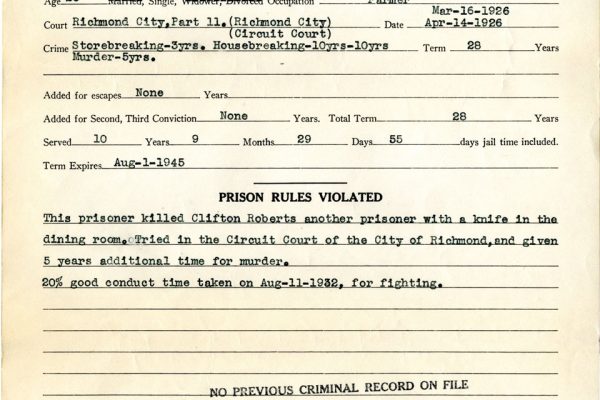 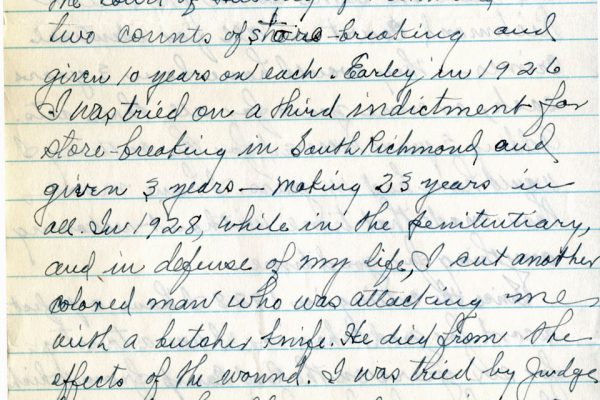 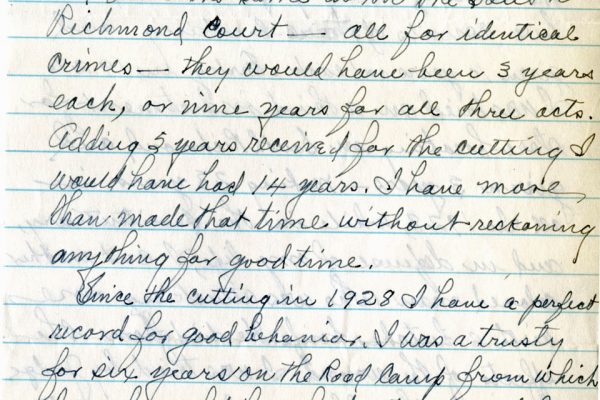 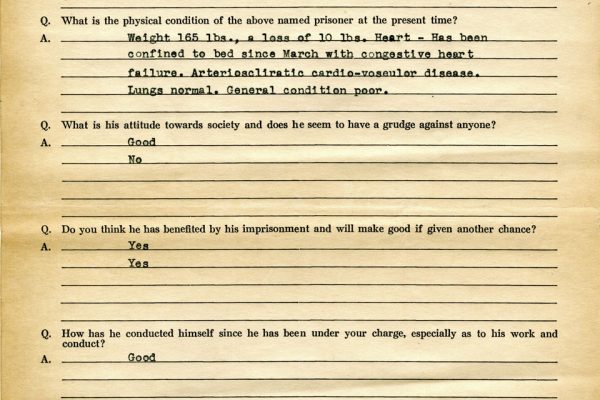 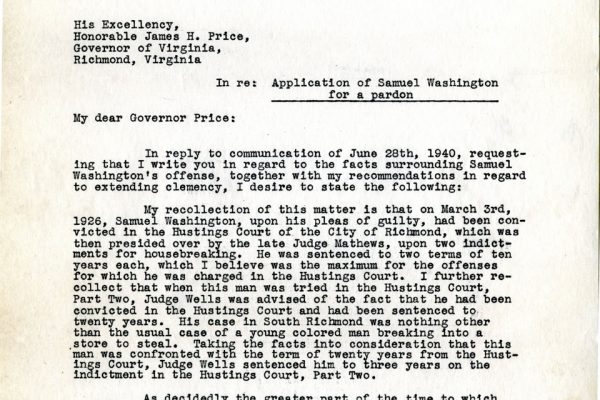 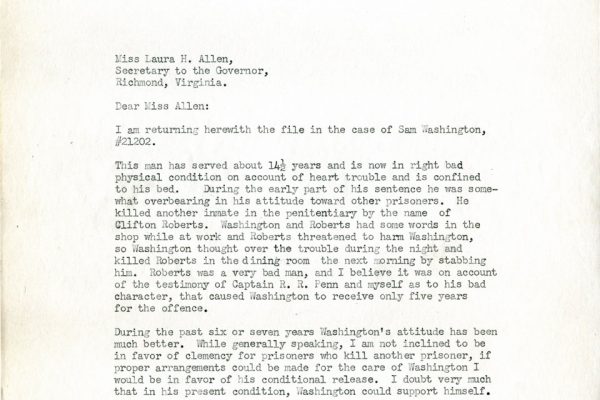 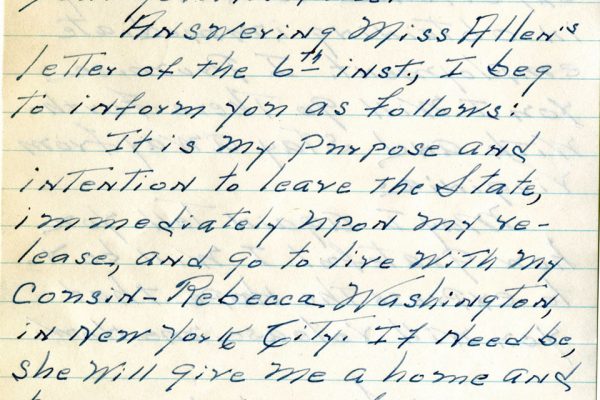 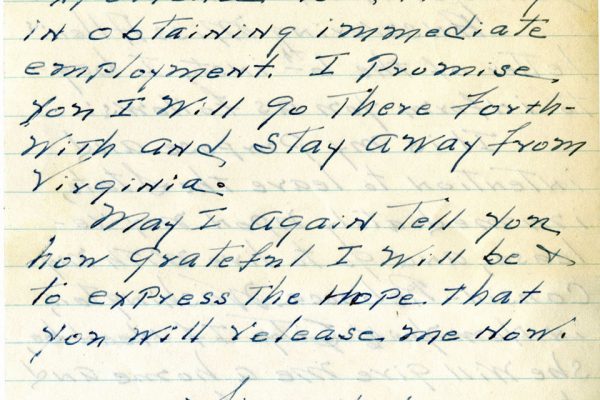 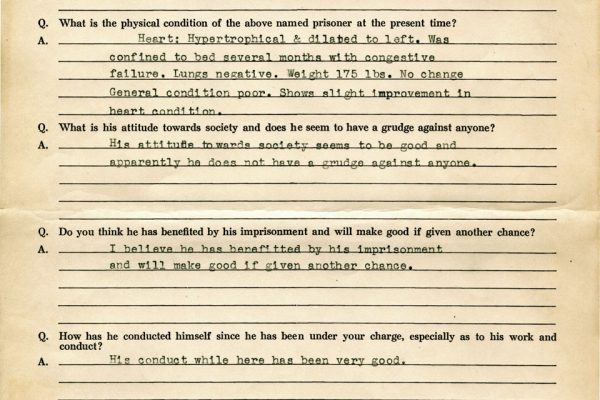 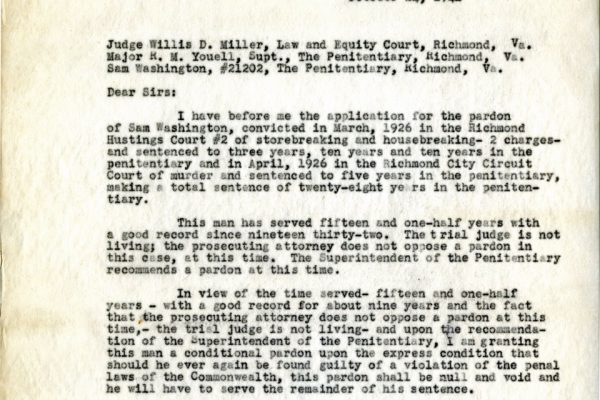 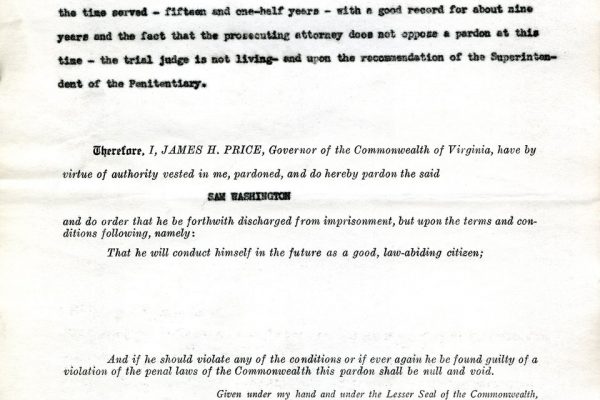 On 7 June 1929, Washington was found guilty by a jury in the Richmond City Circuit Court of manslaughter and sentenced to an additional five years in the Penitentiary.  Prosecutors sought a first degree murder charge.  However, the testimony of Penitentiary Superintendent Rice M. Youell and Captain R.R. Penn of the State Farm, about Roberts’ bad character swayed the jury to convict on the lesser charge.

Washington initially applied for a pardon in 1936.  Several years passed with no action taken by the governor.  Youell, in a 9 August 1940 letter to the Governor’s Office, wrote “while generally speaking, I am not inclined to be in favor of clemency for prisoners who kill another prisoner, if proper arrangements could be made for the care of Washington I would be in favor of his conditional release.”  He added that “I doubt very much that in his present condition, Washington could support himself.”  Washington wrote Governor Price that is pardoned he would go live with his cousin in New York City.  In poor health and on the recommendation of Youell, Washington was pardoned by Governor James Price on 24 October 1941.