Usually at Out of the Box we offer up stories found by our archivists in the many collections held at the Library of Virginia, but today, we’re doing things differently. While creating this year’s Archives Month theme, “Homegrown,” we spent a lot of time chatting about family recipes. In my family, Millie’s Rolls are still famous years after her death. I never got to experience them, as she died before I was born, but aunts, uncles, and cousins still talk about them at every Hollar family reunion.

Before she died, Millie attempted to write out the magic behind her yeast rolls and the result was a list of baffling, imprecise instructions. In addition to the not-so-precise measurements of pinches and fingerfulls, the rising dough has to take a trip out to Betty Jean’s car—twice. You’re going to need a 1954 Ford before attempting these rolls.

I knew the Out of the Box readers would have similar stories from their families, and they did not disappoint. Recipes ranged from traditional Christmas puddings to oddities served up in Jello molds. There were food stained recipe cards and handwritten cookbooks crafted to ensure food traditions survived. Below are some of those recipes and the family stories that helped shape them.

This first recipe, shared by Mary Marlowe Leverette, comes with a famous Virginia connection. Mr. Lee’s Pie came by its name in the Coston family because it was once eaten by distant cousin, Robert E. Lee:

“Mr. Lee’s Pie, with its pure and simple ingredients has graced seven generations of our family tables since the 1860s. The recipe originated with Sarah Coston who is said to have served it to her cousin many times removed, Gen. Robert E. Lee. The first to write it down was her daughter-in-law, Mary Gilreath Coston in the early 1900s. Her son, Robert Lee Coston, gave it to his new bride, Coela, when they married in 1917. She taught the recipe to her daughter, Leola, long before she married my daddy in 1939. I fondly remember scooping out, measuring and spreading the preserves over the crust in the 1960s. I taught my niece, Amy, to make the pie in the 1980s, and she is teaching her daughter, Emma Coston Laughter, today. Imagine what history the eaters of this pie have seen. From wood stoves to today’s sleek ovens, hoop skirts and aprons to t-shirts and jeans, quill-penned letters to text messages, the recipe has endured just like our family.”

A recipe for a traditional Christmas pudding contains an ingredient that is not so typical anymore—suet. Trisha Kruse described the story behind the pudding that her family is still making today:

“My mother grew up in New England, where the winters are long and cold.  Suet was a highly valued ingredient for cooking and was used in baking and other dishes.  Her home was situated on an acre of land that had a variety of fruit trees as well and a large vegetable garden and berry patch.  Their bounty provided the family with much of its food, and my mother learned early on how to can, dry and ‘put by’ a variety of fruits, vegetables and meats.  This Christmas pudding recipe was a cherished part of her heritage. The original recipe came from England from my great grandmother. My grandmother brought it with her when she came to America and it’s since been passed on to my mother who passed it on to me.” 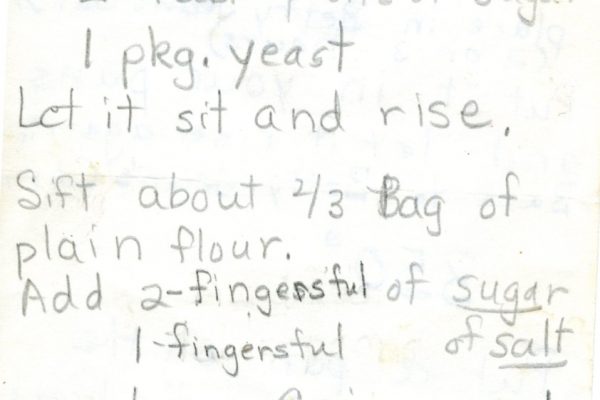 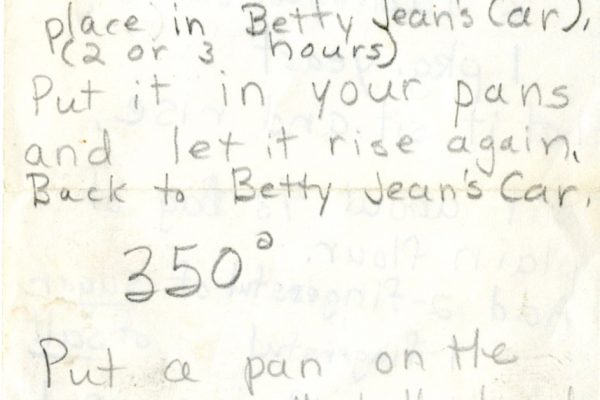 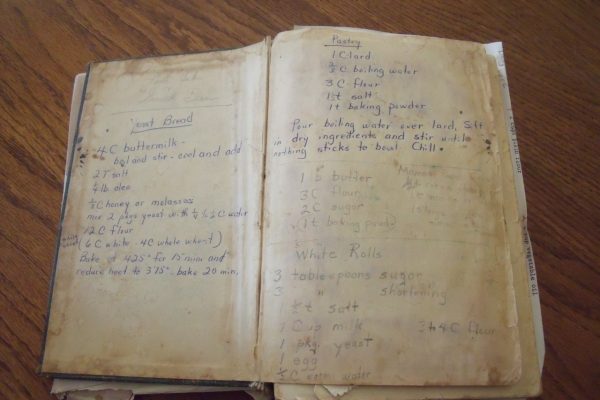 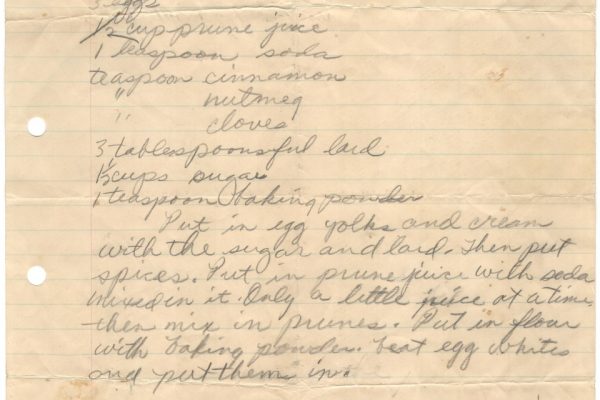 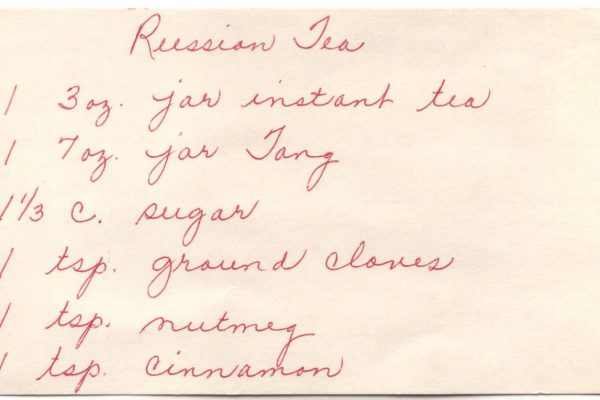 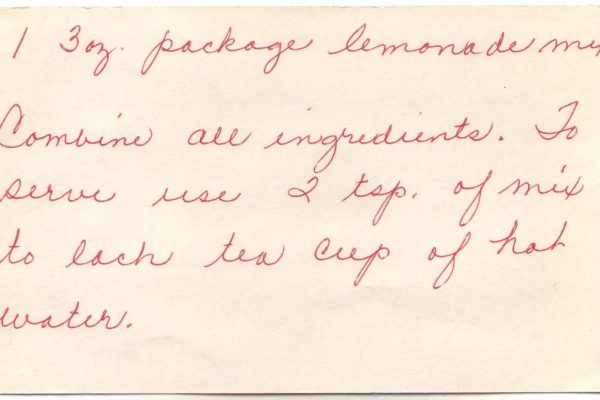 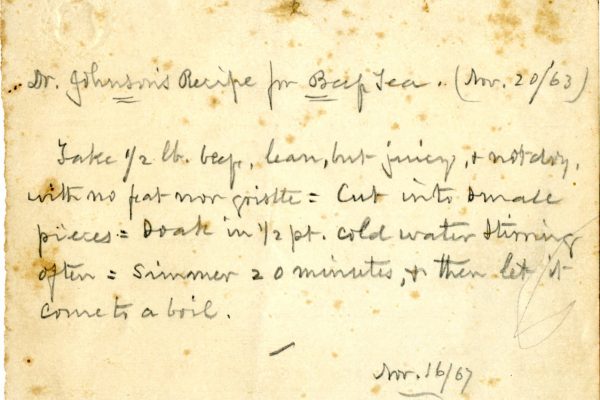 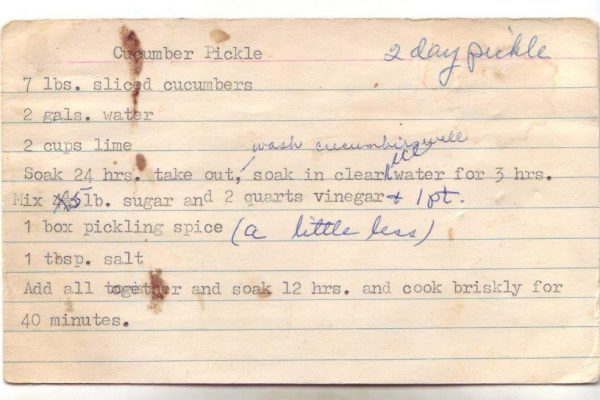 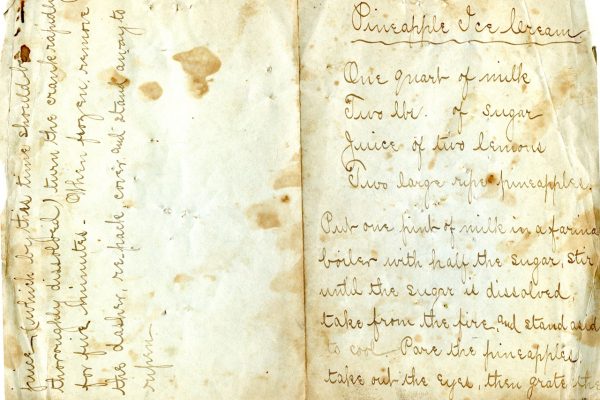 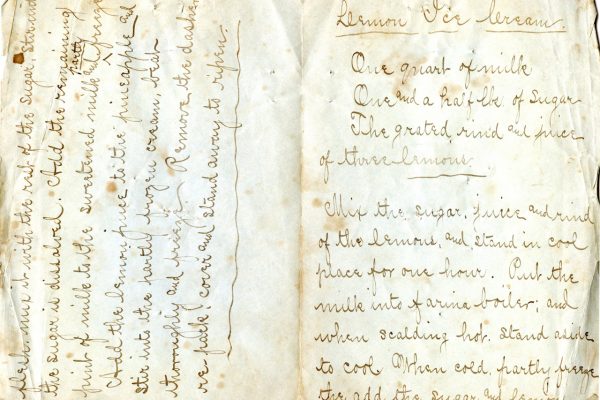 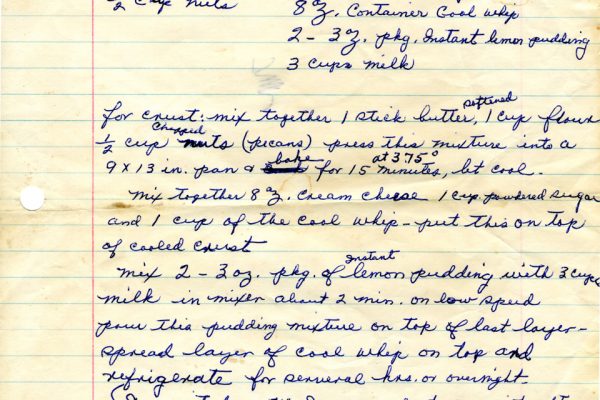 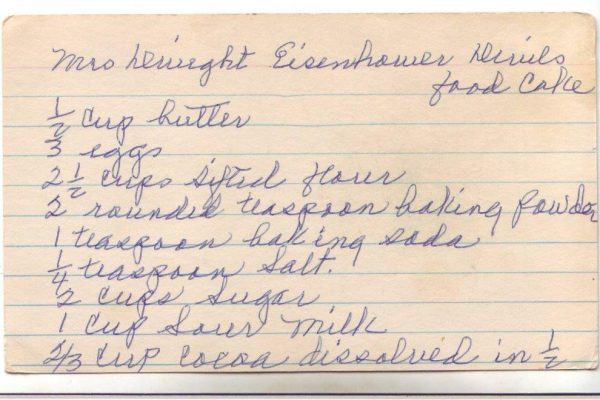 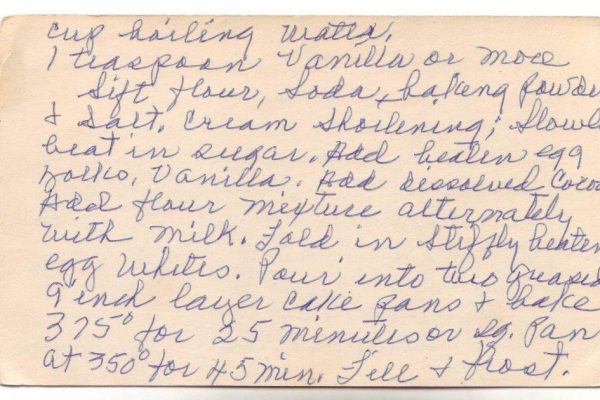 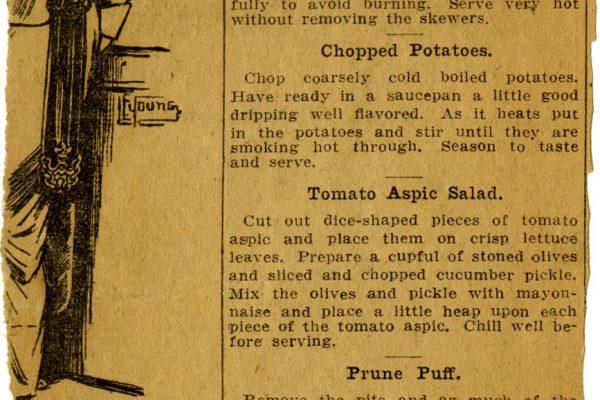 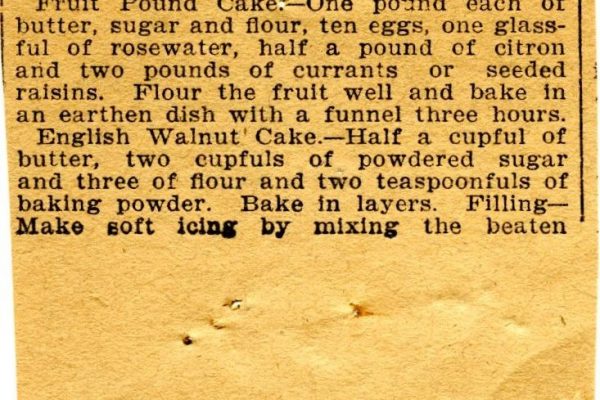 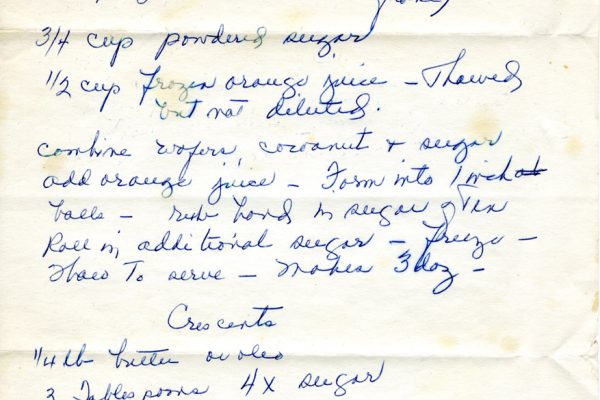 For those not lucky enough to be Virginia natives, their family recipes represent cherished reminders of home. For Janie Evans, of Chesapeake, Virginia, grandmother’s Prune Cake was always the reward after a journey back home to North Carolina:

“I was born in North Carolina in 1942 but raised in Portsmouth, Virginia. My grandmother always had two of these cakes ready for us when we went back to visit. I don’t know the date on this recipe but grandma died in 1968, and my mother died in 1977. I believe I might have found this recipe in my mother’s belongings after she died but am not sure. I know it was not written for me because I never even tried to make this cake. If anyone tries it, let me know how it turns out!”

For LVA archivist Greg Crawford, Swamp Beans bring back memories of “growing up in my home state of Alabama. My mother only made it in the fall and winter. When she made swamp beans, our family knew that the hot summer had given way to the cooler temperatures of autumn.”

We also received a fair share of recipes that could be considered a bit bizarre. A recipe for Russian Tea was heralded as odd because of the main ingredient Tang, but several members of our staff recalled their grandmothers whipping this up during the holidays. Great Aunt Lou’s Heavenly Hash could be characterized as strange depending on your views on marshmallow salads. Shared at Shady Grove Methodist Church picnics and family dinners in western North Carolina, Heavenly Hash is a concoction of marshmallows, whipping cream, pecans, and pineapple. And a recipe collection would not be complete without something involving gelatin. This next recipe definitely takes the prize for strangest recipe submission. LVA archivist Carl Childs wrote: “My family always prepares two Jello molds for Christmas: the first one, which nobody ever eats, is a tomato aspic. The second one, is actually quite good though people are generally grossed out when they hear the ingredients. Most people that try it end up enjoying it.” Some of the ingredients in that Lemon Lime Gelatin Mold include cottage cheese and horseradish.

To see more recipes and family stories shared by Virginia cooks, see the image gallery and attached PDFs. You can always steal one to be your family’s next favorite dish.