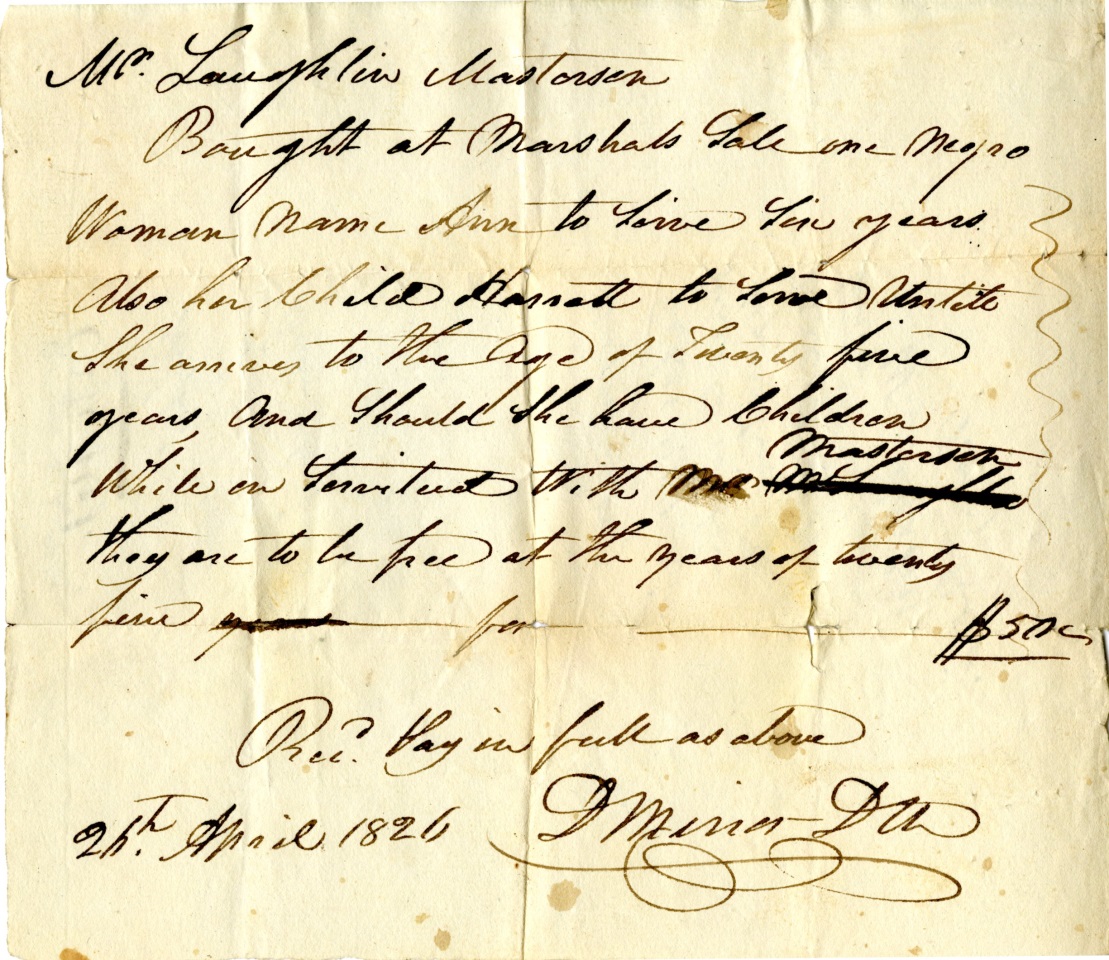 The release of the film 12 Years a Slave had us talking here at Out of the Box. Discussions on slavery are a common occurrence at the Library of Virginia, but it is an entirely different experience to see the brutality and violence of slavery on screen. Based on the 1853 autobiography of Solomon Northup, a free African American living in Saratoga Springs, New York, kidnapped in Washington, D.C., and sold into slavery in Louisiana, the film offers an unflinching portrayal of slavery in the United States.

12 Years a Slave never pulls back from the brutality of its subject matter, and most importantly the film gives a human face to slavery—a system characterized by its dehumanization. So many of the records here at the LVA do the same, putting a name to those who suffered, and telling their stories. In addition to an original 1857 edition of Northup’s narrative, the experiences of slaves can be found in the state, local, and private records held at the LVA. Some of those stories have already been recounted here. Unfortunately many of these stories end as tragically as they began.

After 12 long years, Northup managed to escape slavery, but for a young woman wrongfully enslaved in Alexandria, Virginia, that would not be the case. The details appear in the Arlington County chancery cause John E. Hughes, etc. vs. Joseph Bruin, etc., 1850-012. A woman named Ann, owned by Edward Hughes, was sold to Laughlin Masterson on 26 April 1826 as payment for a debt, but a stipulation attached to the sale stated that Ann would serve only until she reached the age of 25, then she would be set free. Any children born to Ann were to be granted the same freedom when they, too, reached 25. Ann was sold twice more—to Henry Chatham and finally to Frederick Vaccari. While working for Vaccari, Ann gave birth to a daughter in 1833. The child was named Mary Catherine after Vaccari’s own two daughters. It was Mary Catherine who found herself the subject of a chancery cause in 1850.

Mary Catherine was purchased by James S. Simpson, an agent for Joseph Bruin, the infamous slave trader. Bruin, along with his partner Henry P. Hill, operated Bruin & Hill in Alexandria with a slave jail located on Duke Street that still stands today. Bruin gained his notoriety in Harriet Beecher Stowe’s Uncle Tom’s Cabin because of his involvement in incidents following the attempted slave escape aboard the Pearl in April 1848. Seventy-six slaves boarded the schooner in Washington and attempted to escape down the river by night. After being caught, most of the slaves were sold by their owners and many of them were bought by Joseph Bruin. Among those slaves were the Edmondson sisters, aged 14 and 16. In attempts to halt their being sent to New Orleans to be sold, the two sisters became the focus of campaigns to gain their release. One thousand dollars were raised to purchase the women, but Bruin refused, thinking he would get more in New Orleans. Bruin arrived in New Orleans during an outbreak of yellow fever; so he returned with the Edmondsons to Alexandria where he eventually accepted an offer of $2,250 for the sisters. Harriet Beecher Stowe related this incident in the Key to Uncle Tom’s Cabin, published in 1854, which related each incident in her 1852 novel to real-world examples. After this, Joseph Bruin became a model for the greedy slave trader. 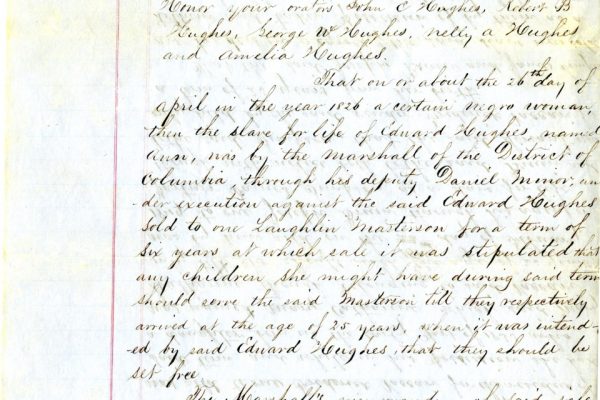 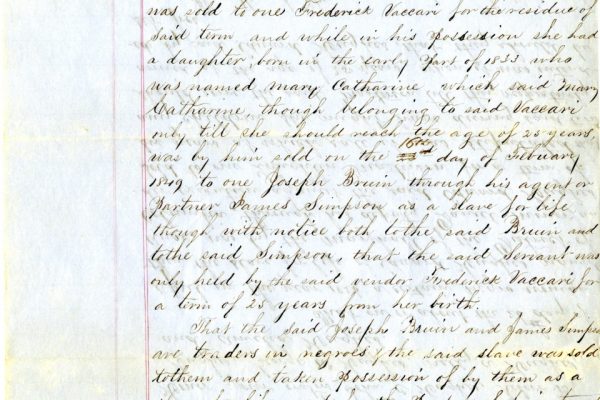 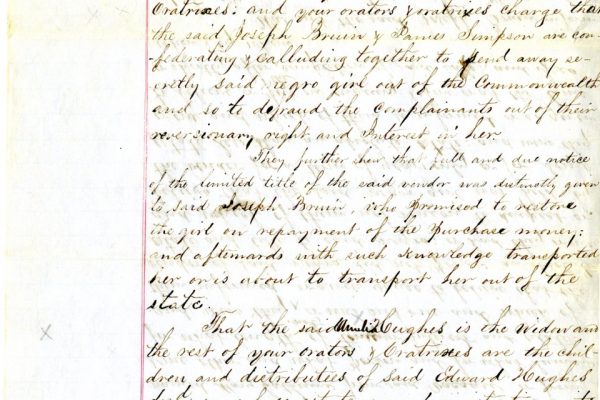 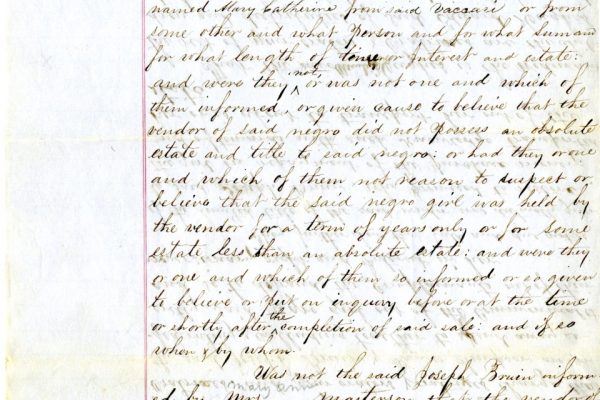 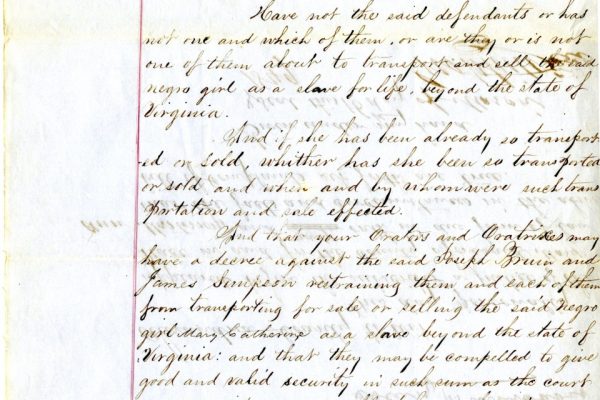 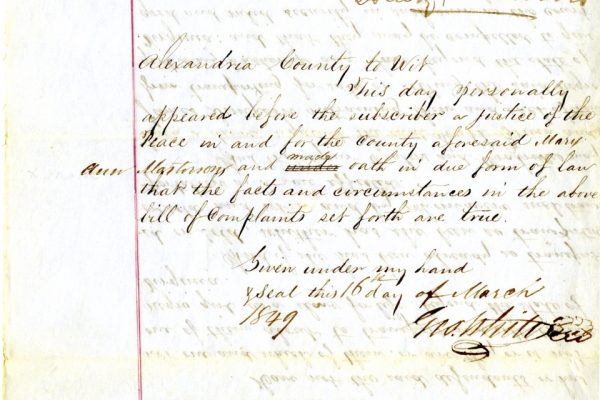 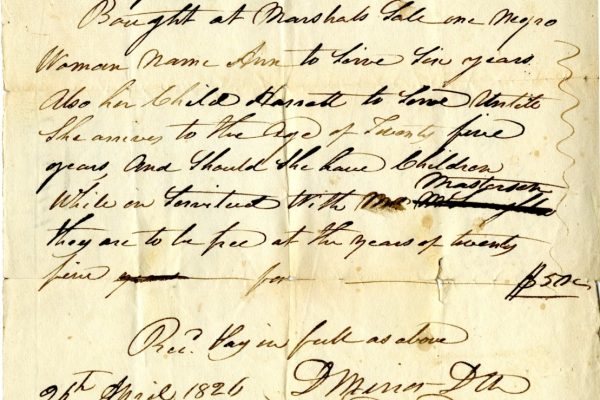 Bill of sale of Ann 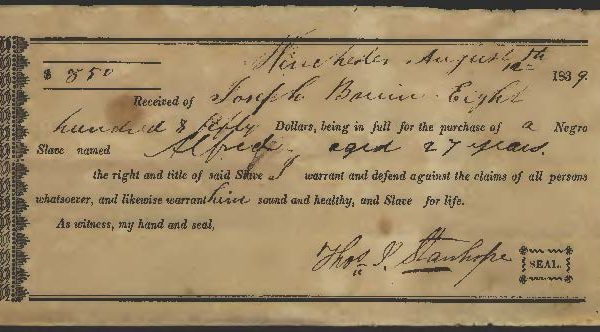 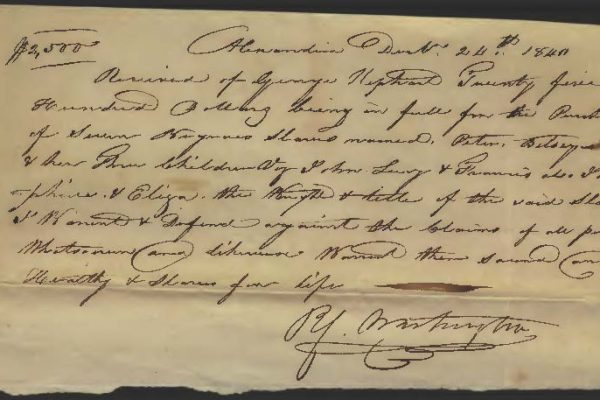 A year later in 1849, Joseph Bruin refused to release yet another African American woman. Bruin stated that Mary Catherine was “bought with the intent of being sold for a slave for life” and denied any prior knowledge of an agreement that would have freed Mary Catherine at the age of 25. Mary Catherine, around the age of 17 at the time, was detained in Bruin’s slave jail in Alexandria along with other slaves awaiting transport to the Deep South where they would be sold at auction. In an attempt to prevent Mary Catherine from becoming “beyond the reach” of those who would help her, the heirs of Edward Hughes charged Bruin and his agent Simpson with “confederating and calluding [sic] together to send away secretly said negro girl out of the Commonwealth and so to defraud the complainants out of their reversionary right and interest in her.”

Mary Ann Masterson, the wife of one of Ann’s former owners, went to Bruin and championed Mary Catherine’s cause: “I wanted the woman to have her rights and felt responsible that she should not be sold over the time.”  Bruin’s reply?  “…there had been something said about the girl’s being free, but that it had been cleared up satisfactorily that she was not entitled to her freedom, but if such was the case she could be forthcoming in 24 hours.” In his answer, Bruin claimed that he had promised to return Mary Catherine after receiving repayment of his purchase money. Either the money was not forthcoming or Bruin failed to live up to his promises, because according to the plaintiffs, Mary Catherine was instead shipped south to Griffin, Georgia.

Despite the protests of Hughes’ heirs and those of Mary Ann Masterson, Mary Catherine Wilson, as she was listed in Bruin’s records, was presumably sold at auction in Georgia. The chancery cause was dismissed in 1850 with no further mention of Mary Catherine’s whereabouts. We can only guess that Mary Catherine spent the rest of her days in slavery until Emancipation, and unlike with Solomon Northup, no one traveled South to ensure she gained her freedom.

Joseph Bruin appears several more times in the chancery records. Bruin was the subject of two separate cases in Fairfax County. George Kephart vs. Joseph Bruin, 1846-033, contains numerous receipts and accounts related to slave sales. Close to 100 slave names can be found throughout the case. Also, in Joseph Bruin vs. Samuel Wren, 1859-050, Bruin accused Wren of knowingly selling him an ill slave by the name of Matilda Washington. The Fairfax County Chancery Causes, 1803-1913, are available online at the Chancery Records Index.

John E. Hughes, etc. vs. Joseph Bruin, etc., 1850-012, is part of the Arlington County Chancery Causes, which are currently being processed but are still available for research at the Library of Virginia.