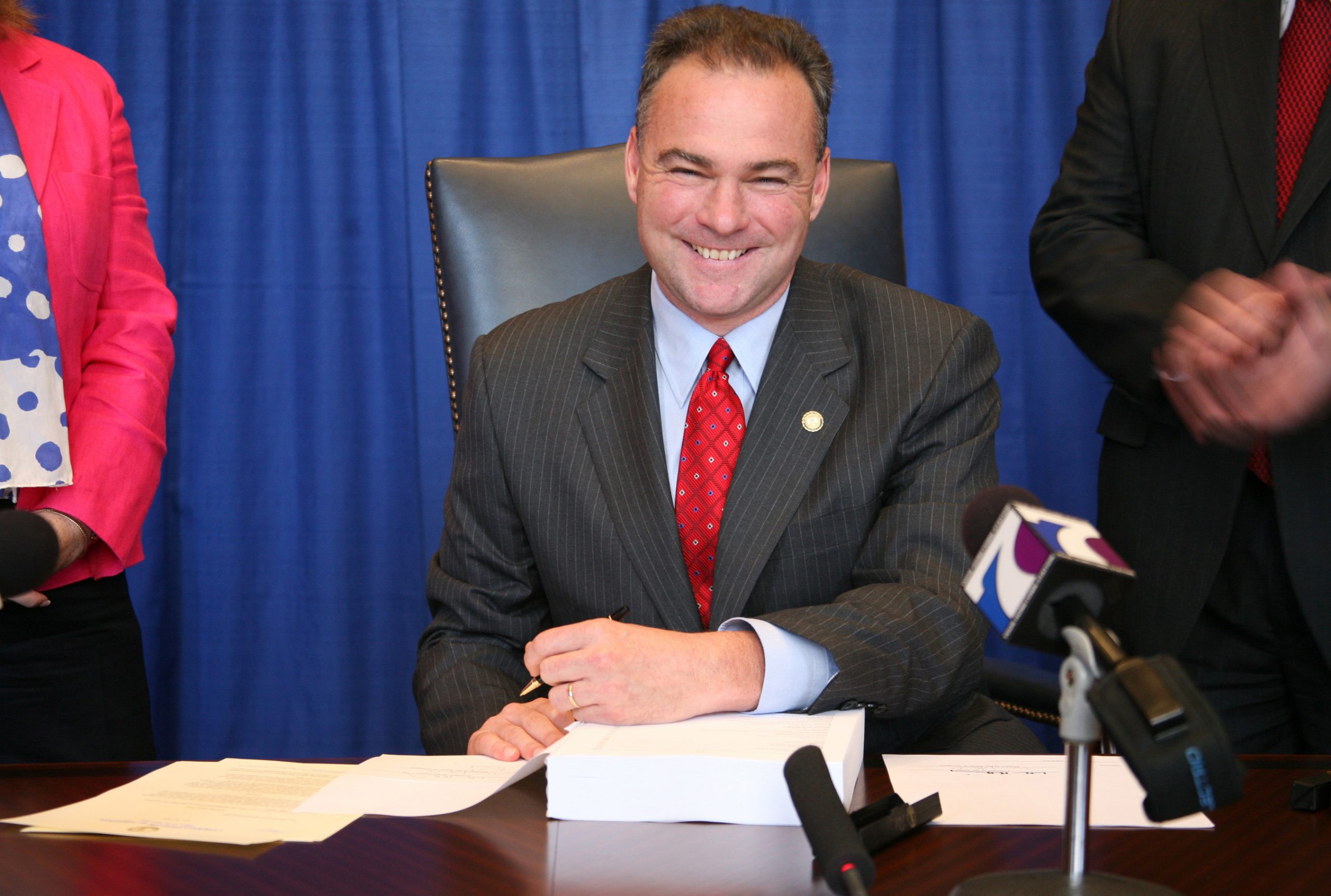 This is the first in a series of posts spotlighting recently released email from Governor Tim Kaine’s administration (2006-2010).  These posts are not meant to be comprehensive but to encourage further exploration in the Kaine administration records (electronic and paper).

Governor Kaine took office shortly before the beginning of the “Great Recession,” the worst economic downturn since the Great Depression of the 1930s. From 2007 to the end of his administration in January 2010, Kaine cut nearly $5 billion in state spending in order to balance the budget without raising taxes.  This week’s post focuses on the budget development process, budget cuts, and what might have happened if Virginia did not have a budget by 1 July 2006.

Office of the Governor.

The Virginia Department of Planning and Budget website provides an excellent overview of the Commonwealth’s budgetary process.  Virginia has a biennial budget system, which means it adopts a two-year budget. The biennial budget is enacted into law in even-numbered years, and amendments to it are enacted in odd-numbered years.  This process takes months and has five distinct phases:  agency budget preparation, budget development, legislative action, governor’s review, and execution.

The governor has vast authority in shaping a budget that reflects the administration’s priorities.  A great example from the collection is a 15 October 2007 email from Governor Kaine to his leadership team with the subject line:  “Budget Issues I Care About.” Kaine writes, “I’ve been keeping a list of the budget items I really care about and want to make sure and discuss during the course of our meetings over the next 6 weeks. I wanted to send them your way so that you could see them and make sure we address them in some way during our deliberations.” 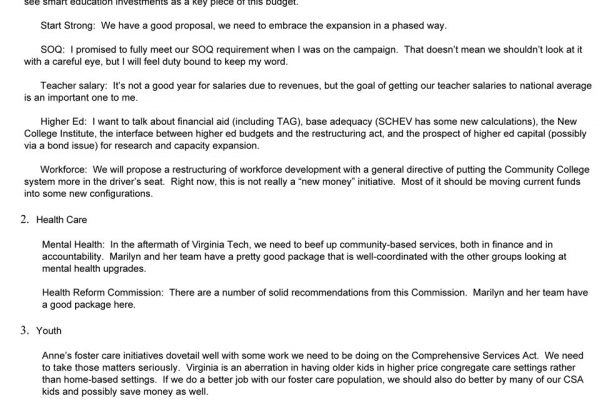 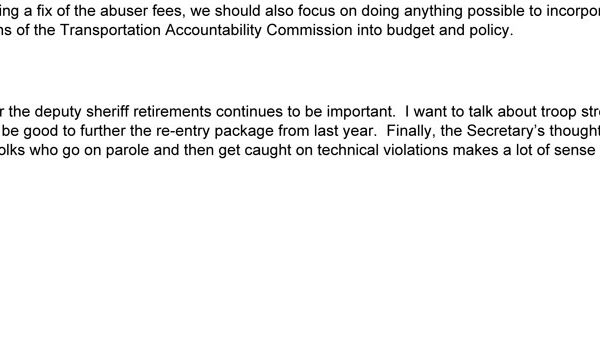 Kaine’s notes from those budget meetings are located in his paper records.

The “Great Recession” led to substantial budget cuts by Governor Kaine.  In this series of emails from early 2008, Governor Kaine discusses various ways to cut from the FY2008 budget as well as reductions to his 2008-2010 budget submitted in December 2007. 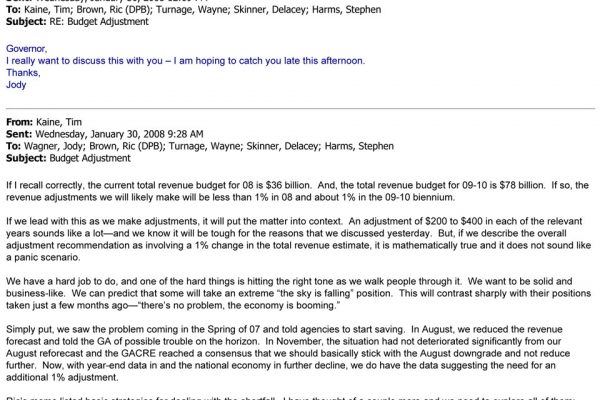 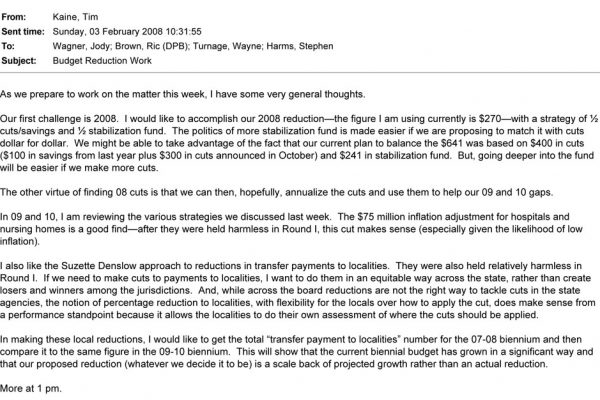 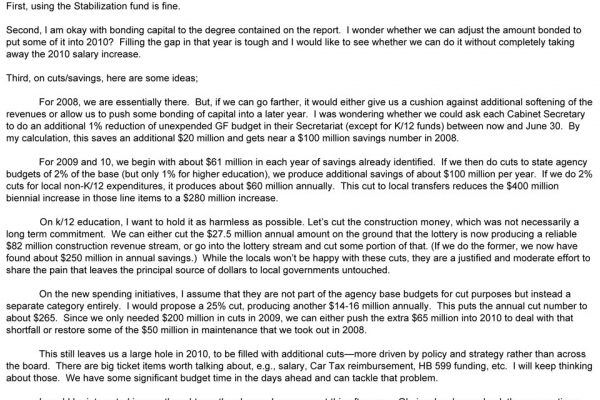 On 11 March 2006, the General Assembly adjourned without passing a budget due to disagreements over funding current and new transportation projects.  That same day, Governor Kaine called a special session of the General Assembly to begin on 27 March to address these issues.  As the calendar inched closer to 1 July 2006 without a budget, the Kaine administration explored various options to keep state government open even without a budget.  This series of emails from May and June 2006 highlight these options as well as communication strategies (with an emphasis on responding to Attorney General Robert McDonnell’s opinion on the Governor’s authority to expend state funds in the absence of a budget). 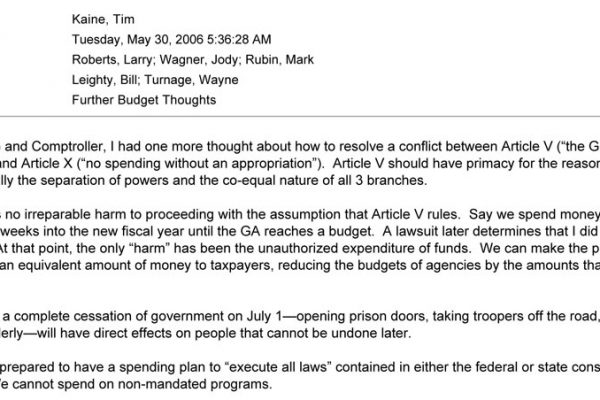 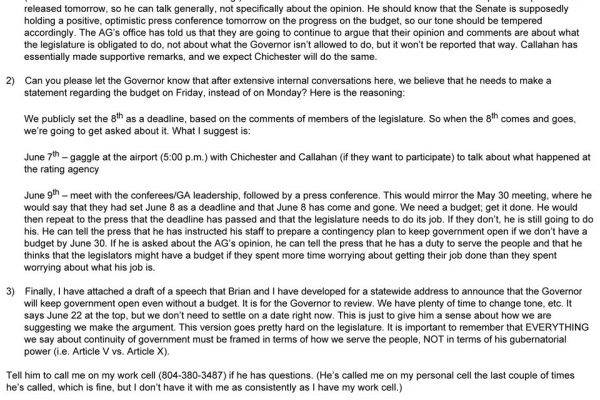 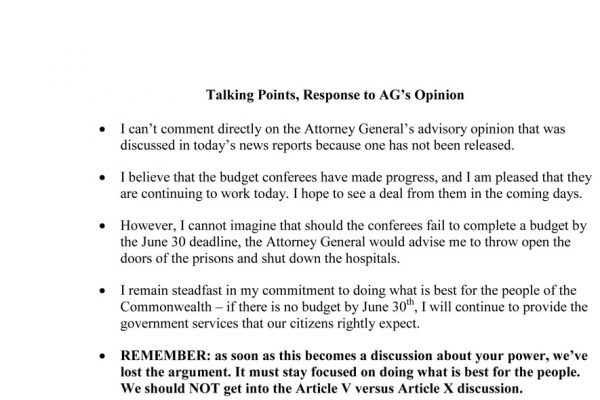 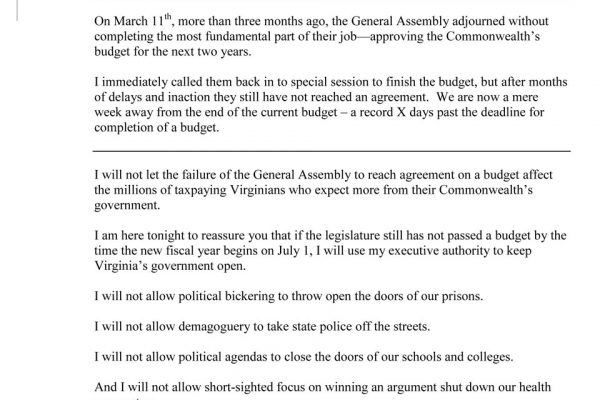 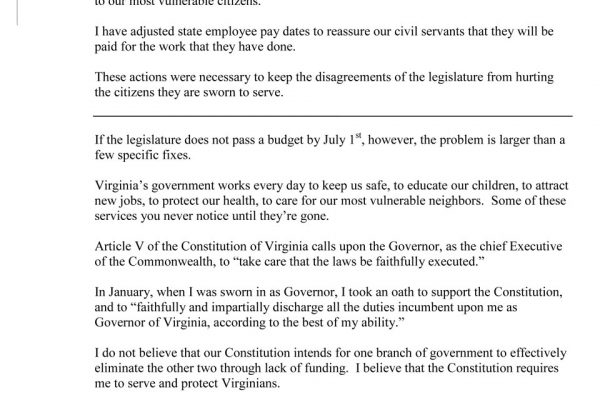 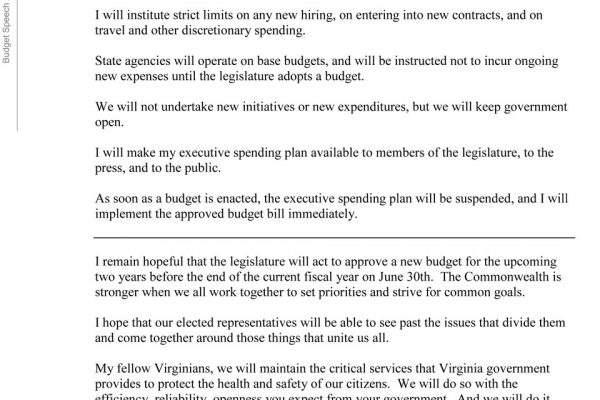 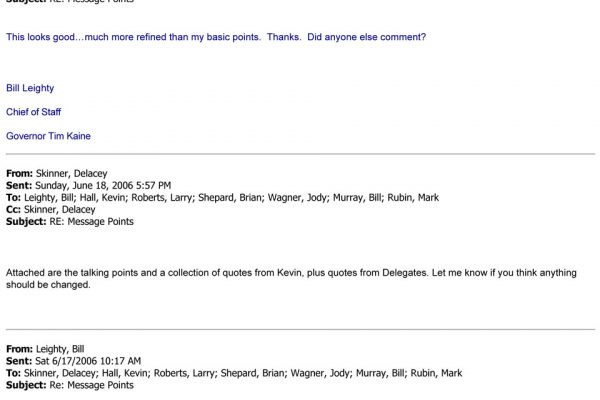 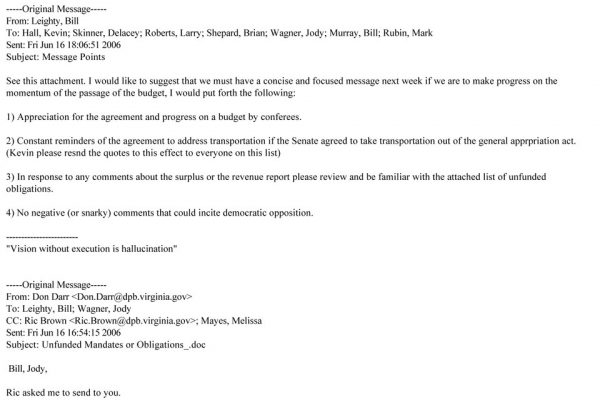 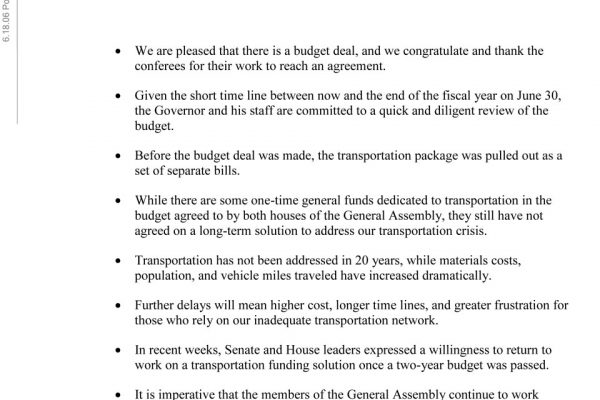 In the end, the Governor and General Assembly reached an eleventh-hour agreement, and the new budget was signed on 30 June 2006.  The Library of Virginia’s Kaine Email Project makes the email records from the administration of Governor Timothy M. Kaine, Virginia’s 70th governor (2006–2010), accessible online. Users can search and view email records from the Governor’s Office and his cabinet secretaries; learn about other public records from the Kaine Administration; go behind the scenes to see how the Library of Virginia made the email records available; and read what others are saying about the collection.   Our previous blog post spotlighted the Kaine administration records officers.  Future posts in this series will focus on transportation and legislation. This project would not have been possible without funding provided by Congress for the Library Services and Technology Act (LSTA).